The Final Days of the Lincoln Conspirators

A mere 4 days after Robert E. Lee surrendered his Army of Northern Virginia at Appomattox, John Wilkes Booth set out to finish the job that he and his conspirators had planned: to assassinate President Lincoln from inside his viewing box at the Ford Theater. The nation mourned Lincoln’s death heavily and the penalties for the conspirators that were caught were severe.

The following history contains graphic details and images of the gruesome details surrounding President Lincoln’s assassination and the events that followed. 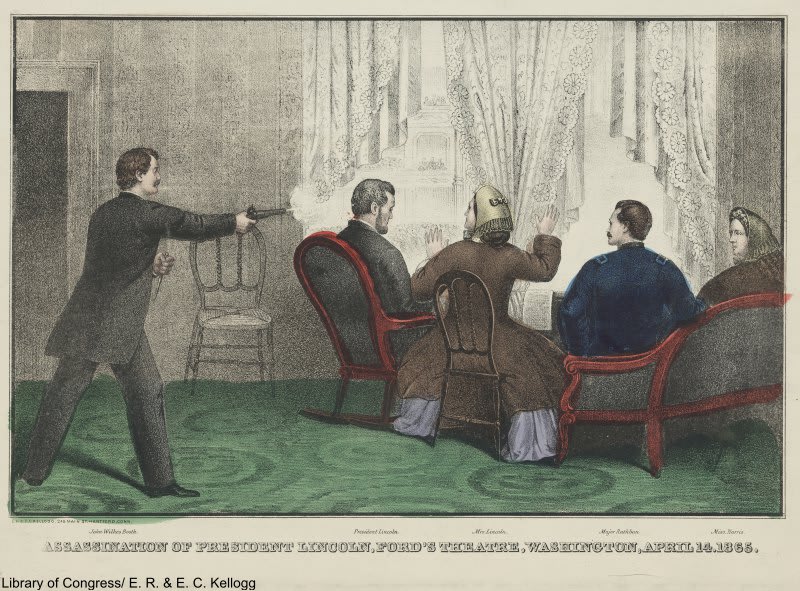 The nation was stunned by the news that President Lincoln had been shot. What was more, the killer had escaped! In the wake of a long and bloody war, Confederate violence on this level incited government officials, the press, and the general public were incensed.

After news of Lincoln’s death spread the search was on for the men who helped Booth to pull off his dastardly deed. Within 2 weeks of the Ford Theater shooting of April 14th, 1865, Booth would be dead. Four of Booth’s conspirators would be hanged before the summer was out. The manhunt for the conspirators was urgent, well-funded, and fervent. 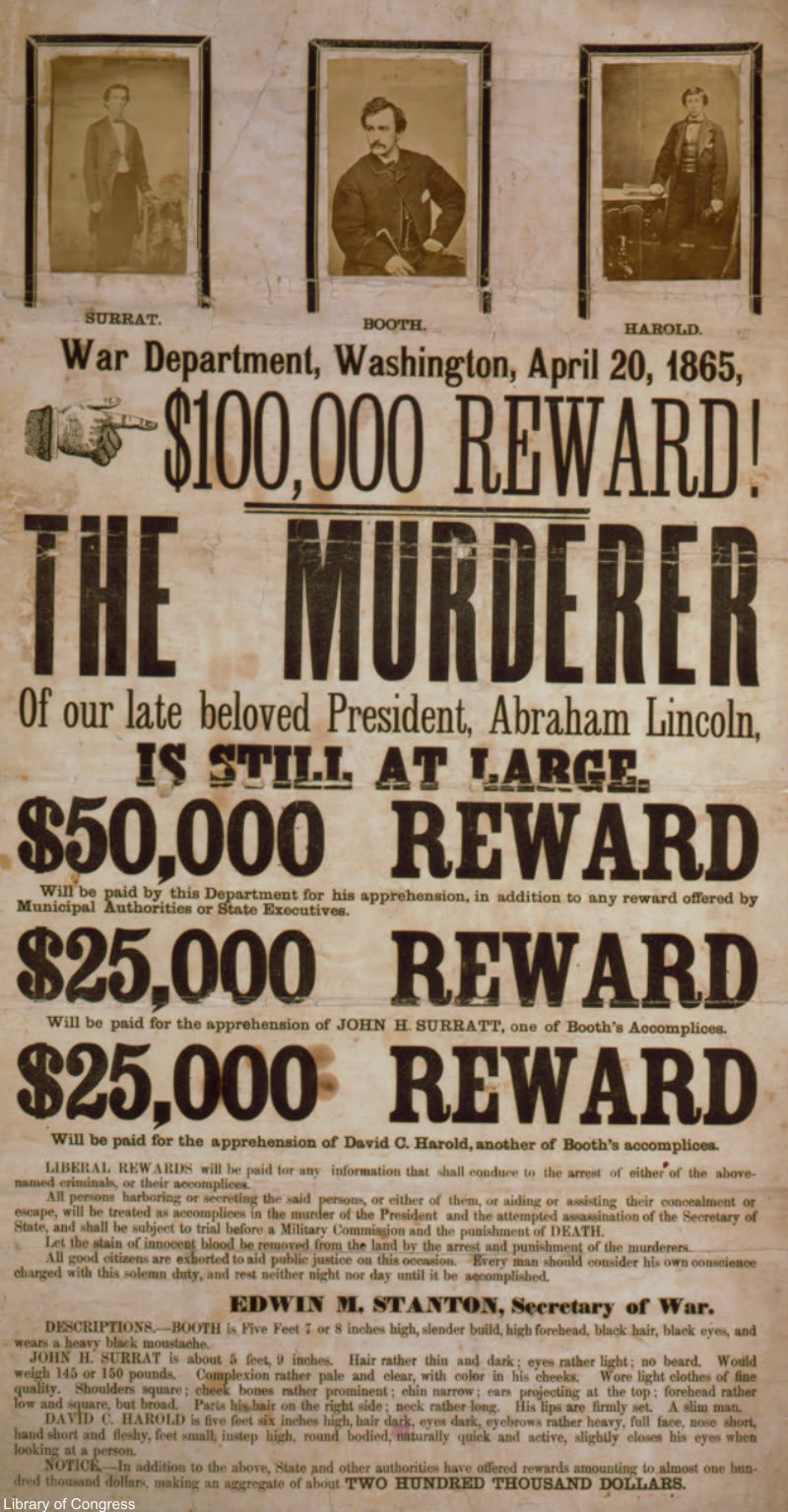 Originally, the group of 5 men had planned to kidnap the President as a bargaining tool for the release of thousands of Confederate prisoners of war. An unsuccessful attempt in March of 1865 was reworked once the Union had won. As all real hope of a Confederate victory had been lost at Appomattox, the plan turned to murder. Vice President Andrew Johnson, Secretary of State William Seward, and General Ulysses S. Grant were also slated for assassination. 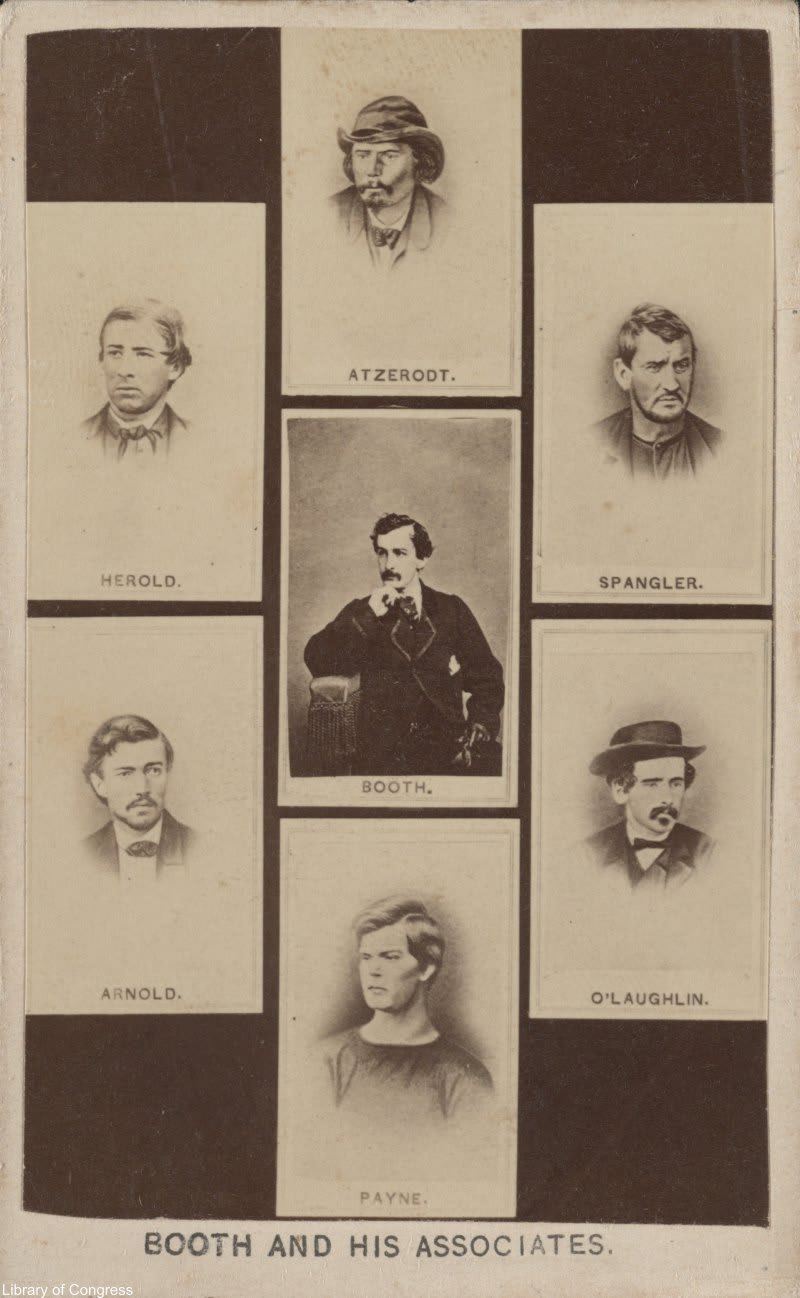 Booth, having been an acclaimed actor, had played at the Ford Theater in years previous to the assassination and so knew the layout and the staff there. It didn’t seem odd to stagehands that Booth hung around, especially since he had a childhood friend who worked there. Booth also kept horses at a stable just behind the theater, even when he was out of the city. 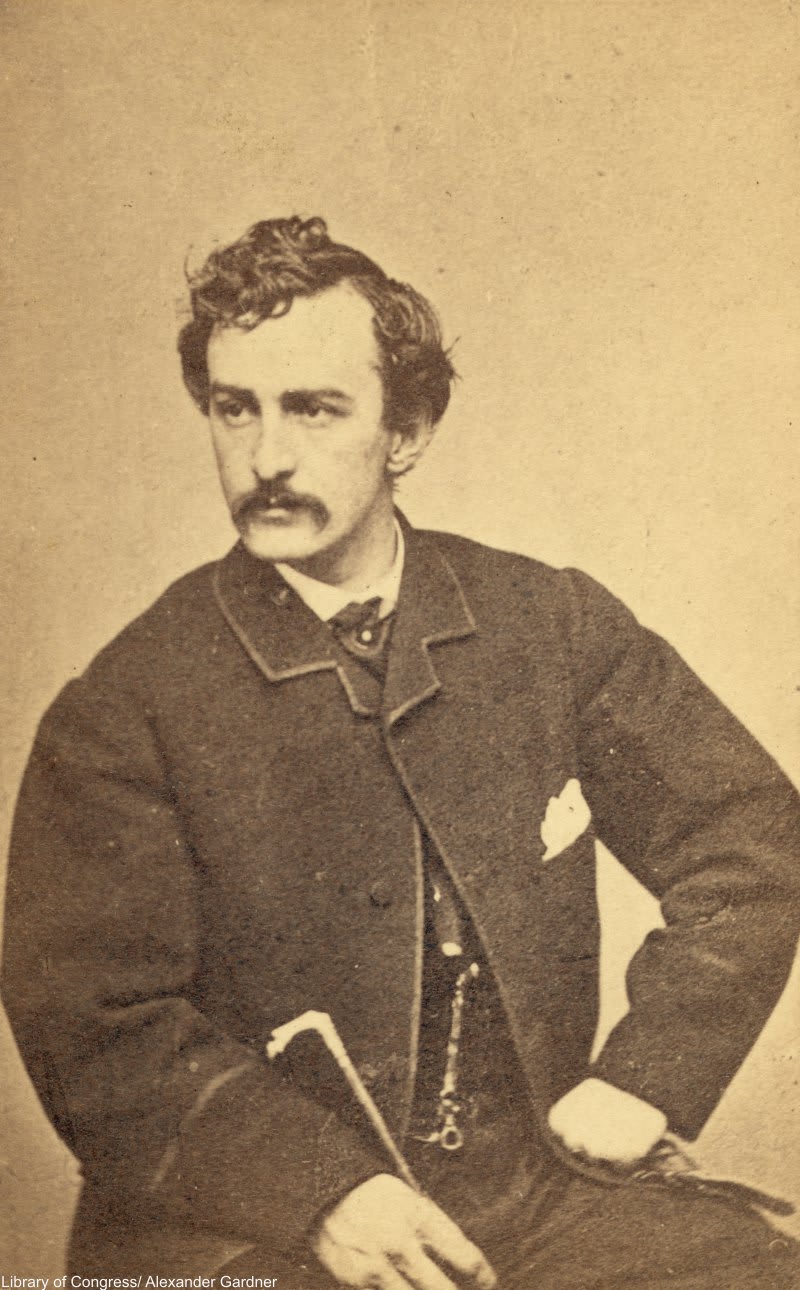 Having crept into President Lincoln’s theater box and shot the President from behind at point blank range, Booth then leapt from the box to the stage where he declared that the South had been avenged before making his escape. The entire theater was in a state of shock. 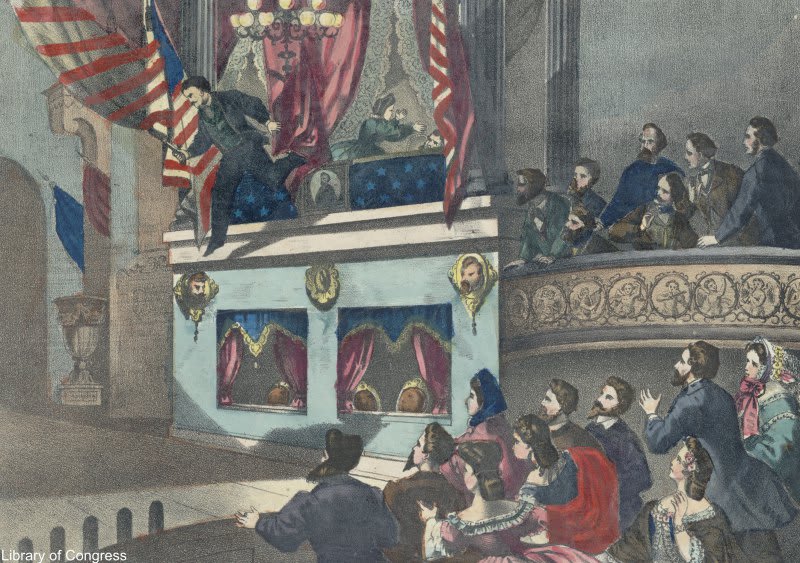 Depiction of John Wilkes Booth jumping from the President’s box. Via/ Library of Congress

Booth had managed to escape from the scene of the crime unscathed save for the broken leg he sustained after leaping from the President’s box. Booth escaped on horseback and in the coming weeks made his way to the hideout spot of Richard Garrett’s barn in Port Royal, Virginia. Booth’s final days were spent on the run and even when surrounded by Union soldiers, his conspirators having abandoned him, he would not surrender. The pursing officers set the barn on fire in order to flush him out. 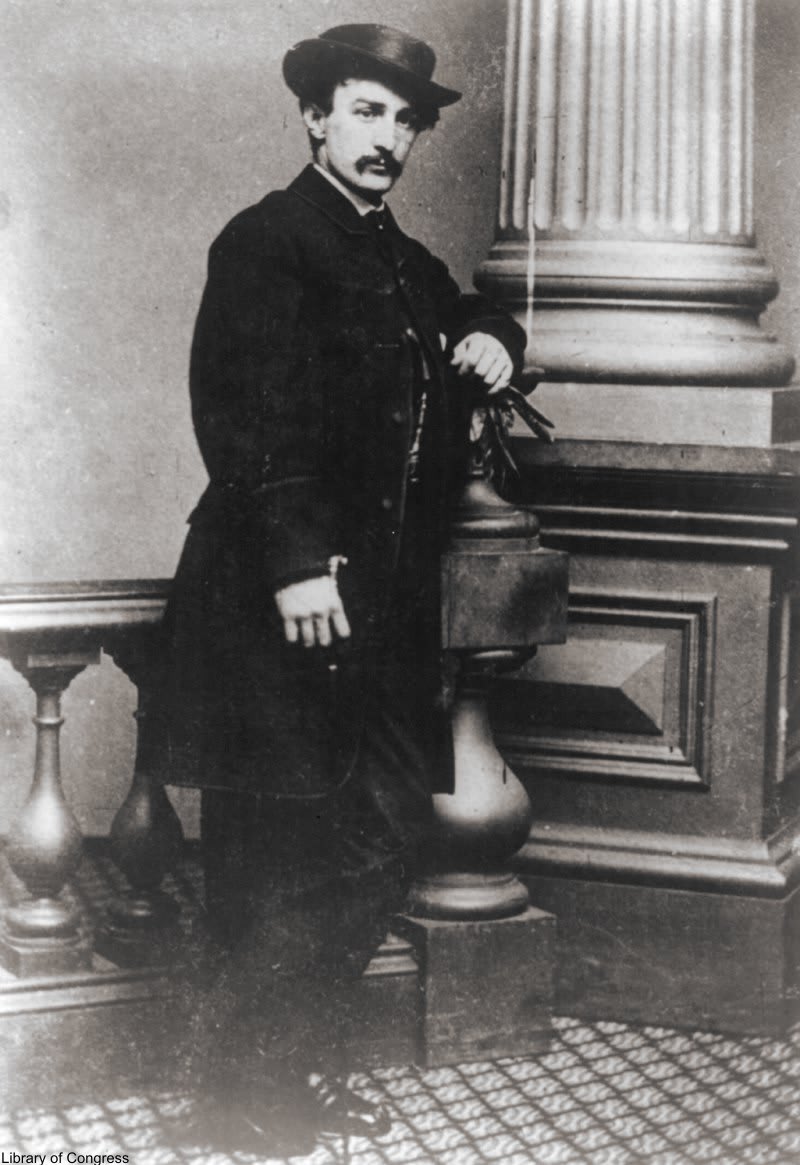 Despite orders to capture Booth alive, one shot was fired by Sergeant “Boston” Corbett, intended to wound Booth. Instead the bullet hit Booth in the neck and he died on the property a few hours later. While he was briefly detained and questioned after the shooting, Corbett was never charged or tried, but did later testify at the conspirator’s trial. 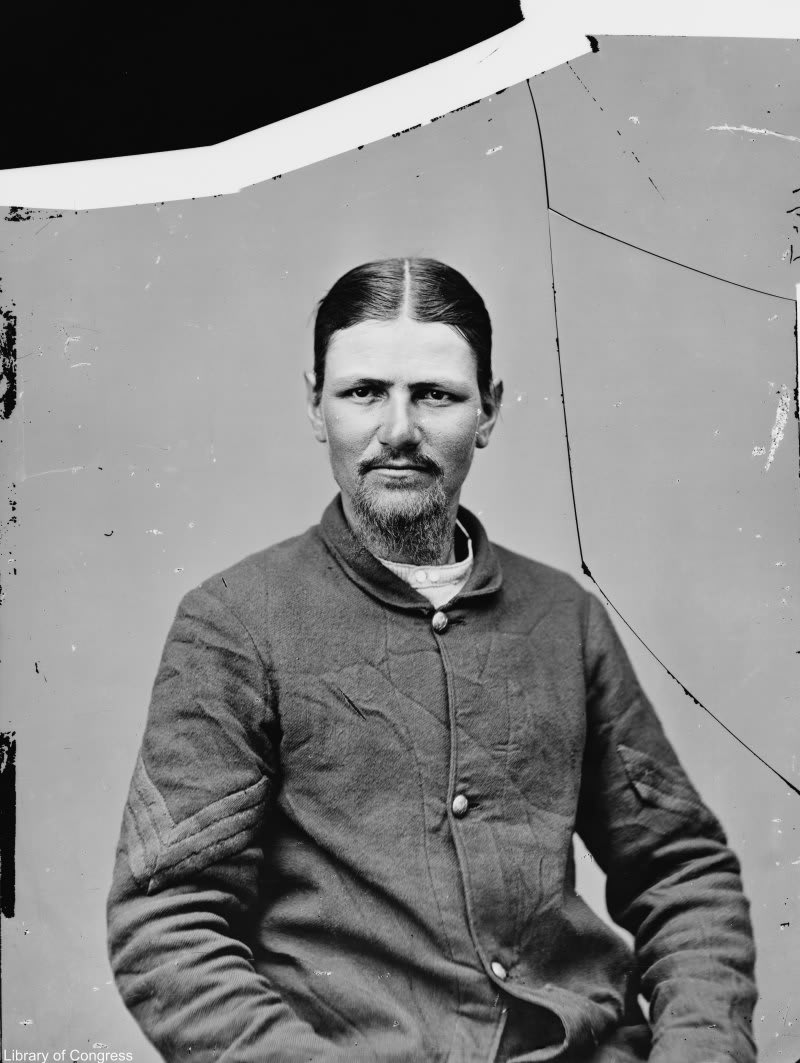 Corbett was a hatter on and off before and after he became a Union soldier and was known to be a religious zealot. Corbett horrifically castrated himself in 1858 after fearing the temptations of the flesh.

Historians now believe his exposure to mercury as a hatter caused him mental health issues, a fact later supported by the fact that he was en route to be committed to an insane asylum when he escaped. Corbett’s whereabouts the last few years of his life are unknown, but some believe he died in the Great Hinkley Fire of 1894.

As part of the group plot, Secretary of State William Seward was stabbed multiple times in the face and chest with a bowie knife. The perpetrators in this case were Lewis Powell (AKA Lewis Payne) and David Herold. Payne was a former Confederate soldier who had joined Mosby’s Rangers before committing to the assassination plot, while David Herold had gone to school with John Surratt.

The ill will against Seward was based on the fact that as Secretary of State he had discouraged and prevented England from accepting the Confederacy as a sovereign nation, thereby helping to turn the tide in favor of the Union. 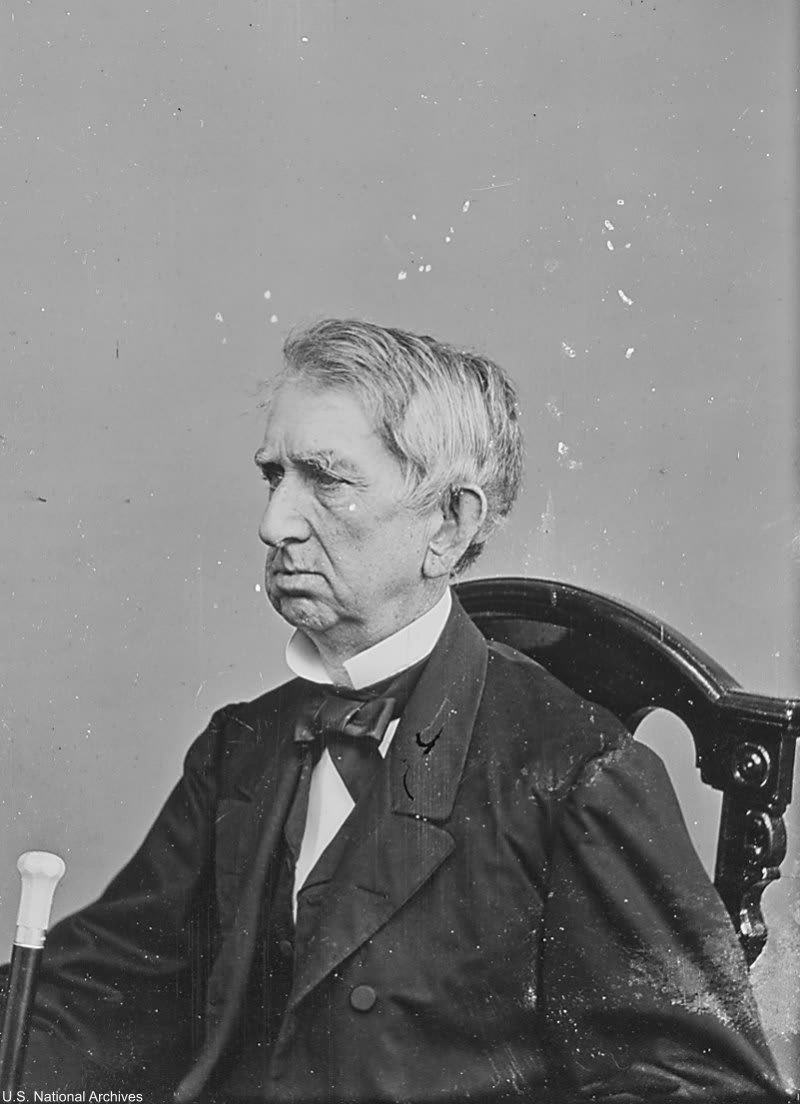 In the course of his attack on Seward’s home while the Secretary was recovering from a carriage accident, several of Seward’s children, as well as his bodyguard, were also injured. Payne walked the streets of D.C. covered in blood, finally arriving at Mary Surratt’s boardinghouse where he would be captured 2 days later. Payne was one of the four conspirators sentenced to death, as was Herold. 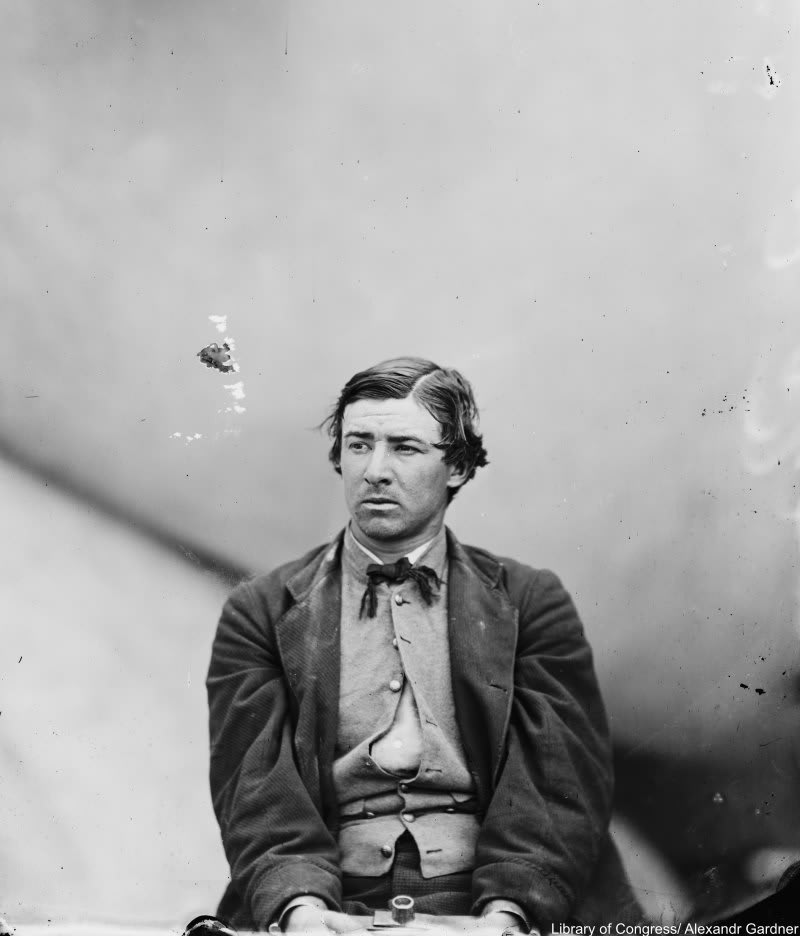 David Herold in custody. Via/ Library of Congress

Lewis Payne after his capture in April of 1865. Via/ Library of Congress

The trial was long while the deliberation was swift, as the public was eager to see justice brought on the people responsible. The trial lasted 7 weeks and heard 366 witnesses. 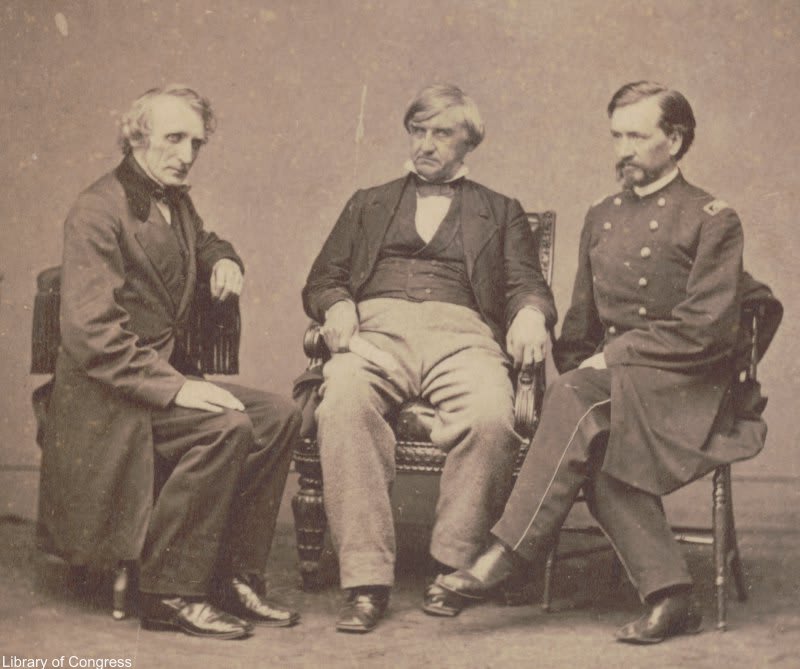 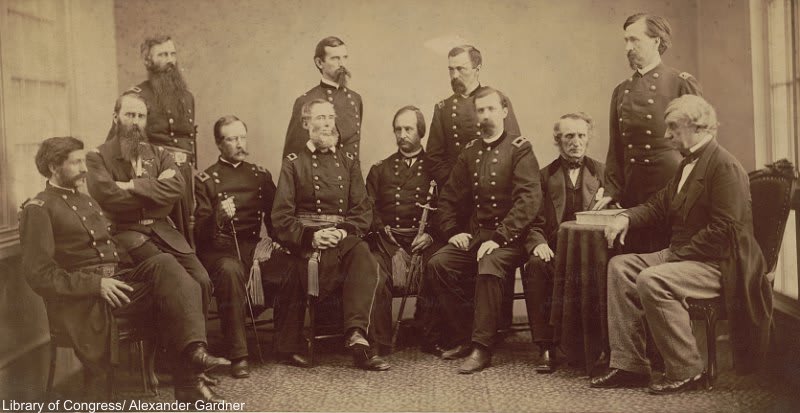 Board which tried Lincoln conspirators. Via/ Library of Congress 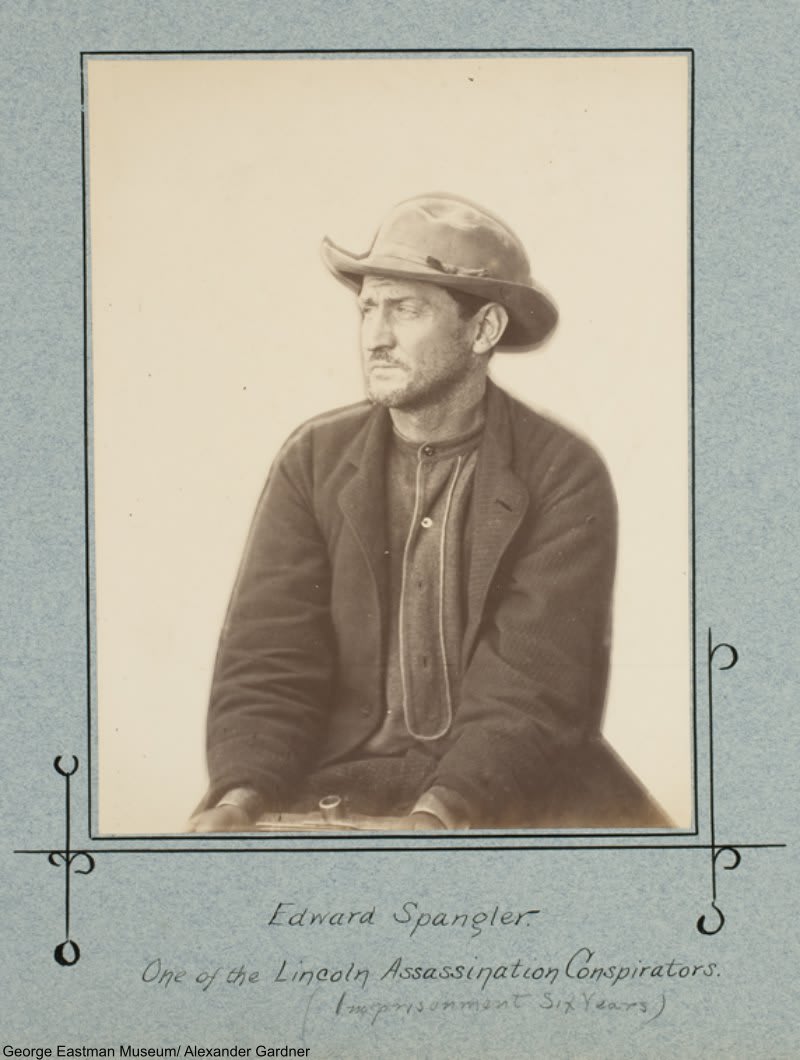 Edward Spangler was convicted mostly on questionable testimony from one of his coworkers and he was only loosely involved in the story at all, having been a childhood friend of Booth. Spangler was an employee of the Ford Theater and working the night of the assassination. Spangler was sentenced to 6 years prison time, but 4 years later Spangler was pardoned by President Andrew Jackson.

Among the four conspirators who were convicted and sentenced to prison time was Dr. Samuel Mudd, the physician who tended to Booth’s broken leg. Along with Spangler and co-conspirators Samuel Arnold and Michael O’Laughlen, Mudd was sent to the prison at Fort Jefferson off the Gulf Coast. Mudd, Arnold, and Spangler were both also pardoned. 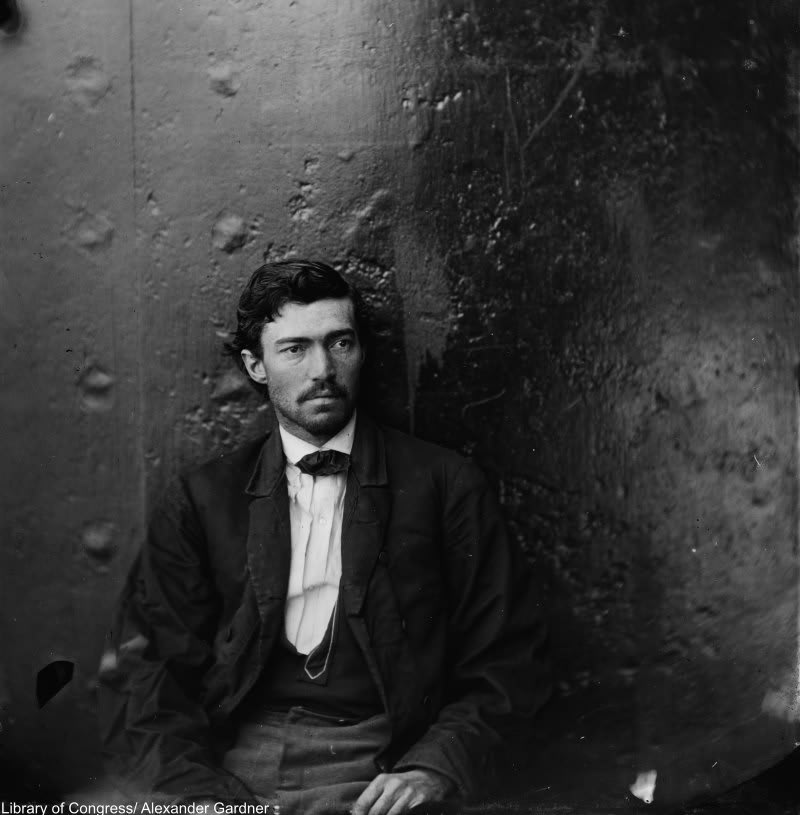 Samuel Arnold after being caught. Via/ Library of Congress

Four conspirators were tried, found guilty, and sentenced to death. Among them was first woman ever to be hanged by federal order of the United States government, Mary Surratt. She had run the boardinghouse on H Street where Booth and his conspirators would meet and make plans. 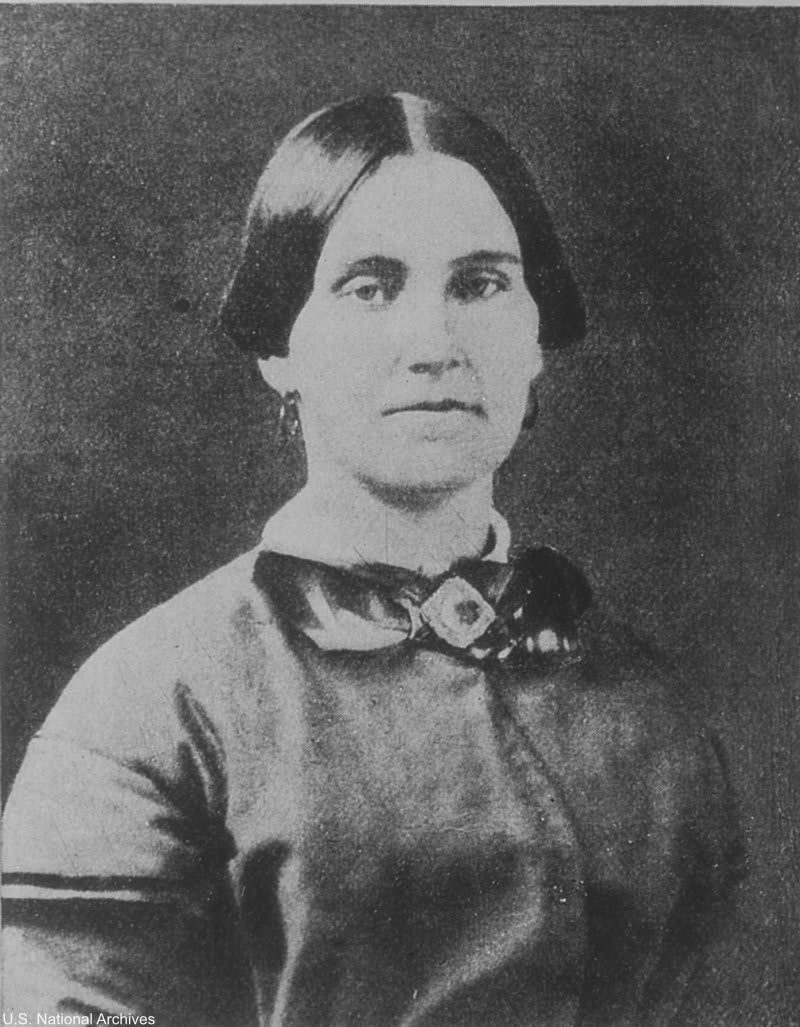 Mary’s son, John, had been a Confederate spy and an actor, just as Booth had been. John fled the country soon after his mother’s arrest and by the time he was captured the statute of limitations had run out on his charges. John’s role in the conspiracy landed him int he courtroom in 1867, a trial which resulted in a hung jury. John walked away scot free even though he could not deny his involvement with Booth.

John Surratt just after being captured and sent back to the U.S. from Rome. The costume he wears is the papal zouave uniform, the guard of the Vatican which he had joined during his time on the run. Via/ Library of Congress

On July 7th, 1865, the four that were sentenced to death were hung in a vey public ceremony at the Arsenal Penitentiary inside what is now Fort McNair in Washington D.C. The day before the execution the four prisoners could hear the scaffold being built and the testing of the mechanism from their cells.

The death sentence had been handed down for Mary Surratt, David Herold, Lewis Payne, and George Atzerodt.

Nearly 1,000 spectators turned out to see the hanging of the folks responsible for the President Lincoln’s death. 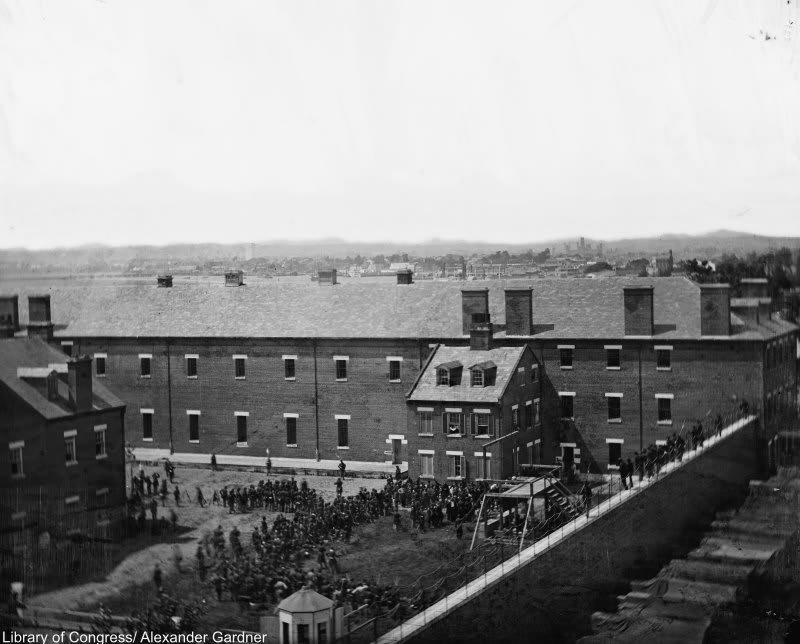 Scene before the execution. Via/ Library of Congress 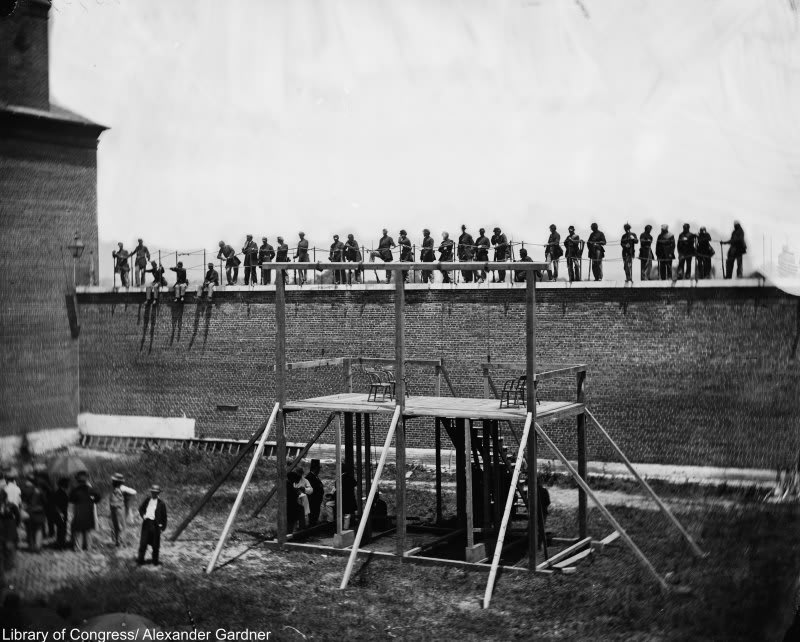 The gallows and onlookers before the execution. Via/ Library of Congress 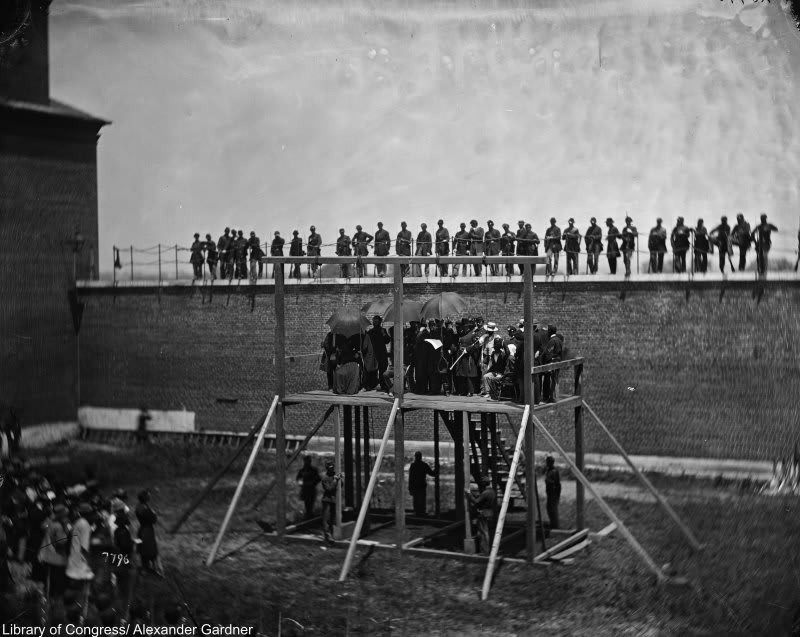 “Gen. John F. Hartranft reading the death warrant to the conspirators on the scaffold.” Via/ Library of Congress

Adjusting the prisoners’ ropes. Via/ Library of Congress 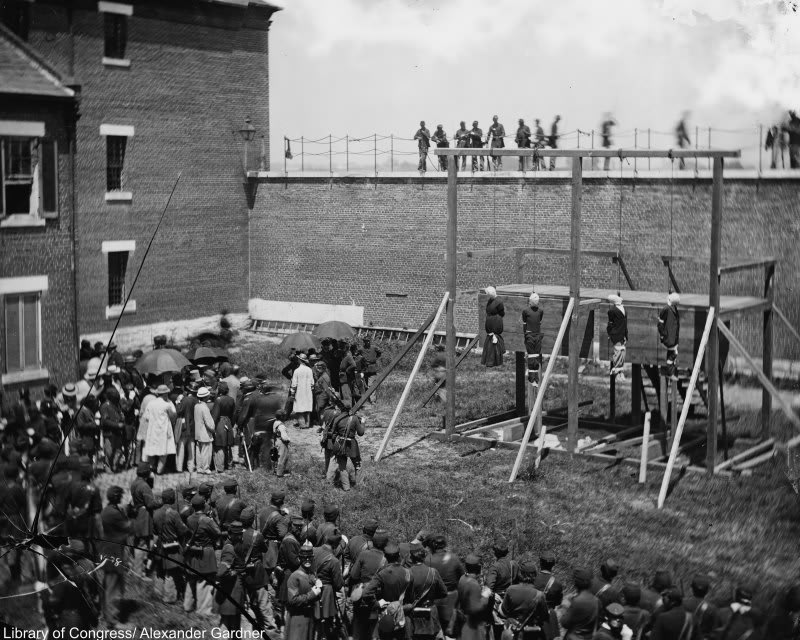 The execution is complete. Notice the crowds. Via/ Library of Congress