For Depression Era farmers in the early 1930s, the worst was yet to come. On April 14, 1935 a sudden storm hit the middle of the country. That infamous day came to be known later as Black Sunday. A large dust storm came rolling along the plains, gathering speed, and spreading huge black clouds over farms and towns. People had never seen anything like this before. The cloud was so thick and the sky so dark that even familiar buildings could not be found in this grand storm, which was also called the “black blizzard.” For two hours, people were stuck where they were because no one could see a thing. Crum described people who napped through part of the storm and woke up to darkness, supposing that they had gone blind so thick was the dust. Another of Case’s subjects, Irene Thompson, recalled, “They called it the Black Sunday. And some people actually thought the world was coming to an end.” Houses and cars were buried under the dust as a cloud descended on the Great Plains. 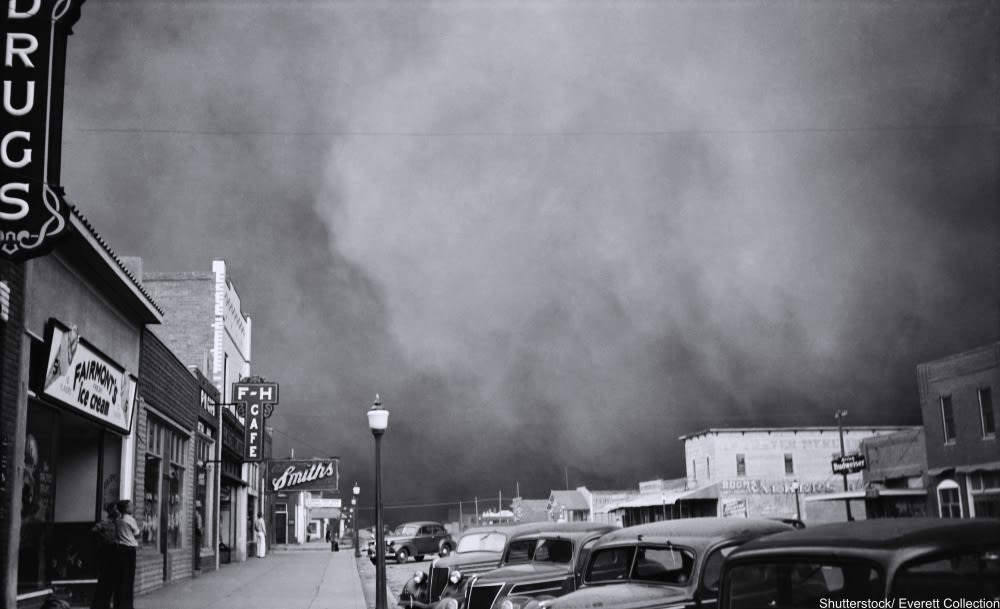 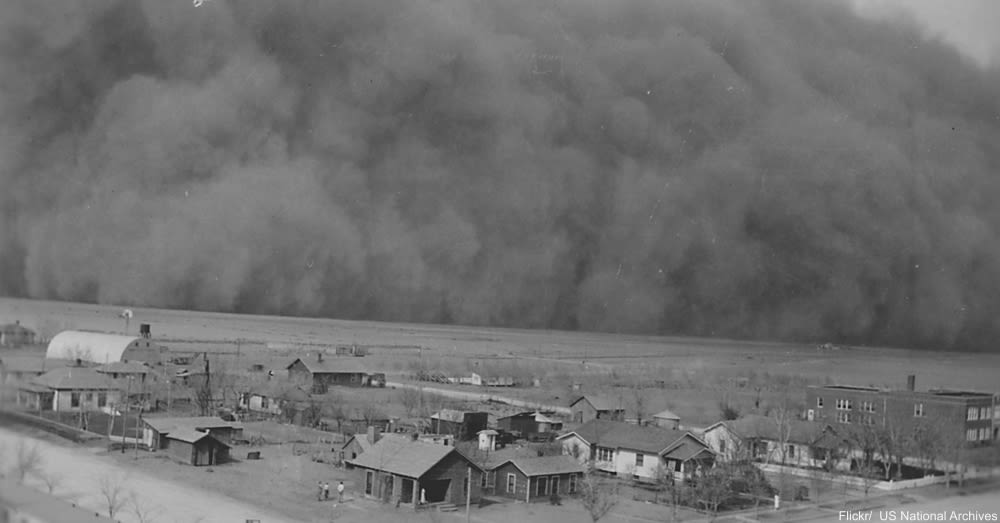 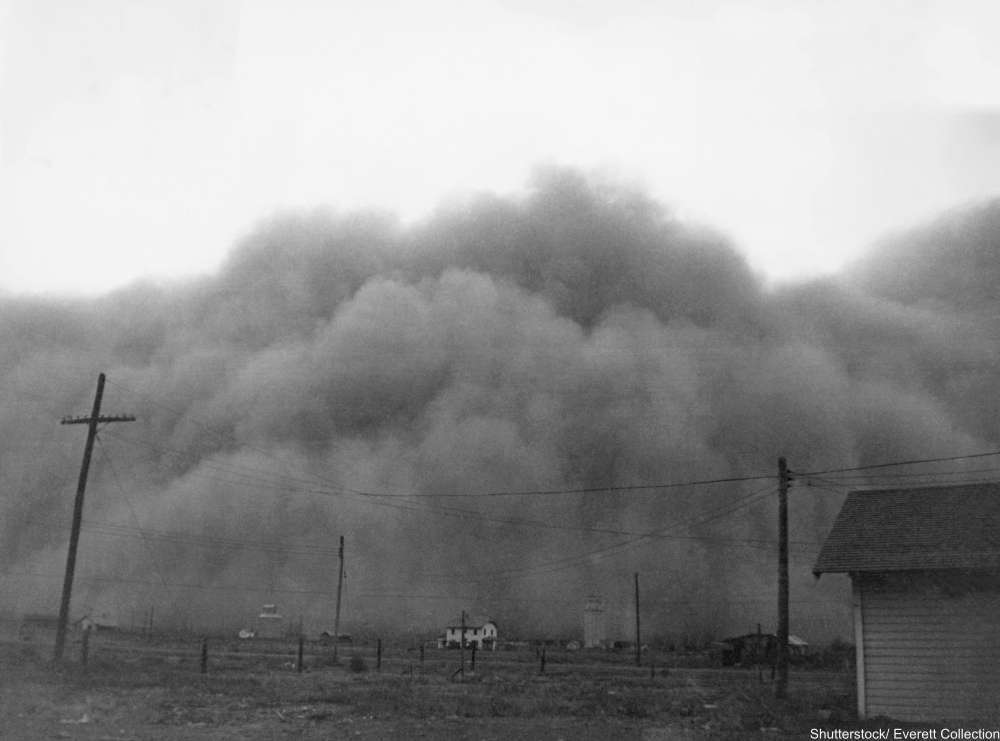 “People had trouble keeping it out of their houses and lot of people took rags and a knife to chink…around the doors and the windows to help keep the dirt out because it came in everywhere.”
-Irene Thompson

Many residents of hard-hit areas began to experience trouble breathing. The dust in the air was in-escapable and settled in the lungs of every person. Cases of dust pneumonia were being diagnosed frequently, with no end in sight. The widespread occurrence prompted Woody Guthrie to write his famous song “Dust Pneumonia Blues” in 1963. Between the sudden nature of the many dust storms, the lack of dust masks or other safety equipment, combined with walls and windows that constantly let dust in, there was no where to escape for those who lived in the Dust Bowl states of Texas, Oklahoma, New Mexico, Colorado, Wyoming, North Dakota, and South Dakota. Other states were affected, but the core of the Great Plains area was hit hardest. 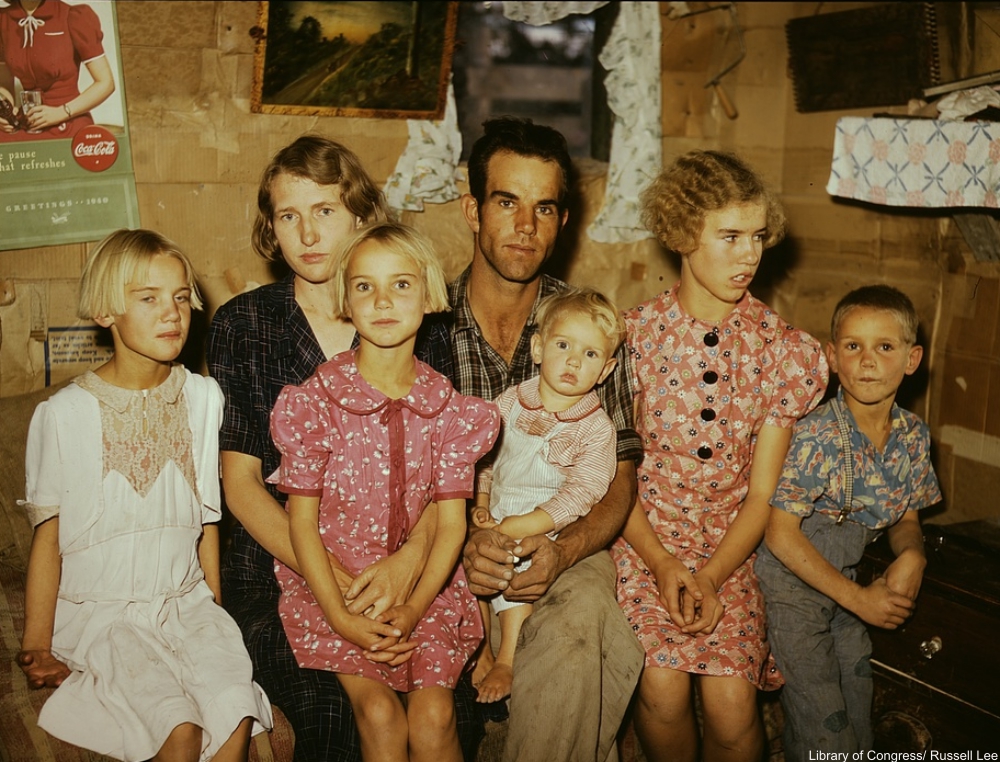 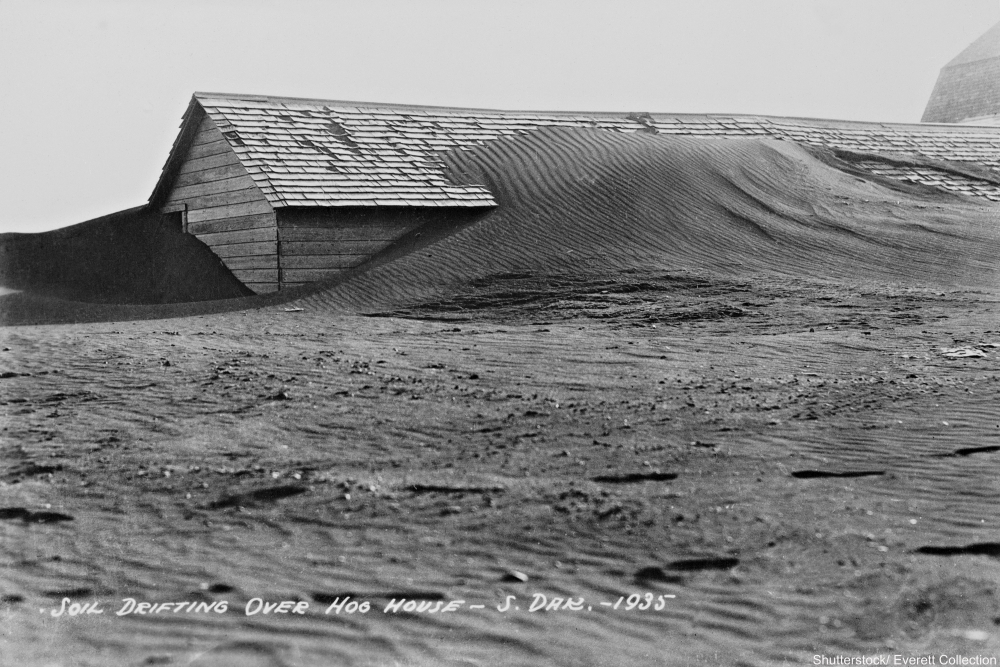 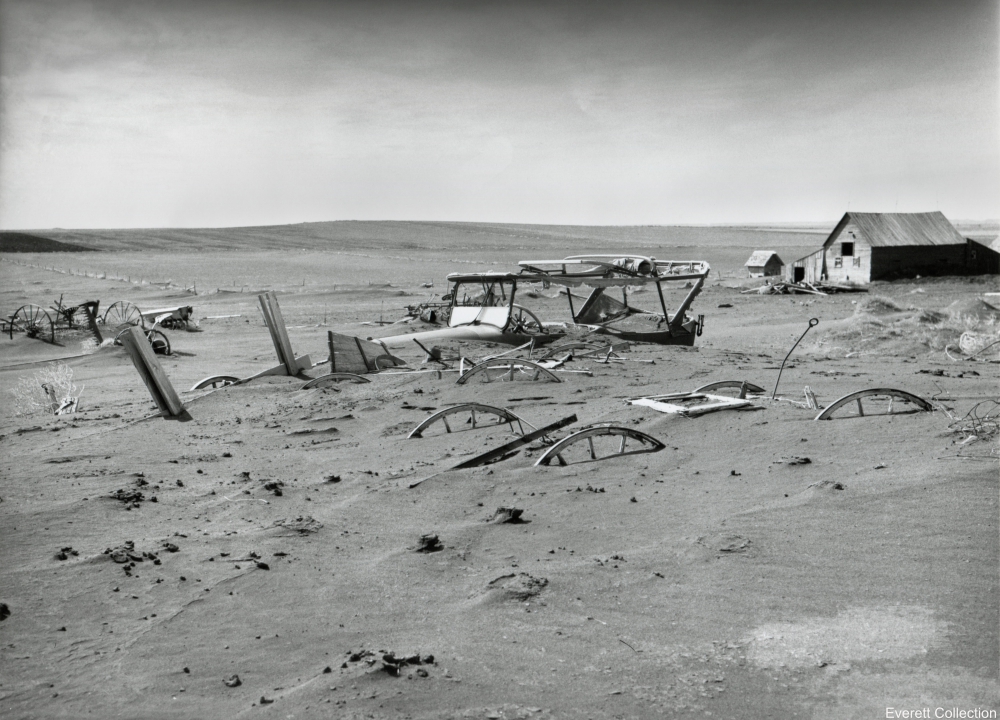 After the storms became more numerous and the land became even drier, some families lost everything. Millions of people migrated in the hopes of making a living in other areas. The exodus from the Great Plains was one of the largest in U.S. history. Help finally came in the form of allotments of money from the government to plant certain crops or to leave fields untended or to plant native plants in order to prevent further soil erosion. Only after millions of tons of topsoil had been swept away by storms did FDR sign into law The Soil Conservation Act of 1936 which allowed for the creation of the Soil Conservation Service and for aid to farmers. Within three years the worst areas had seen improvements and soil erosion was down by 65%. 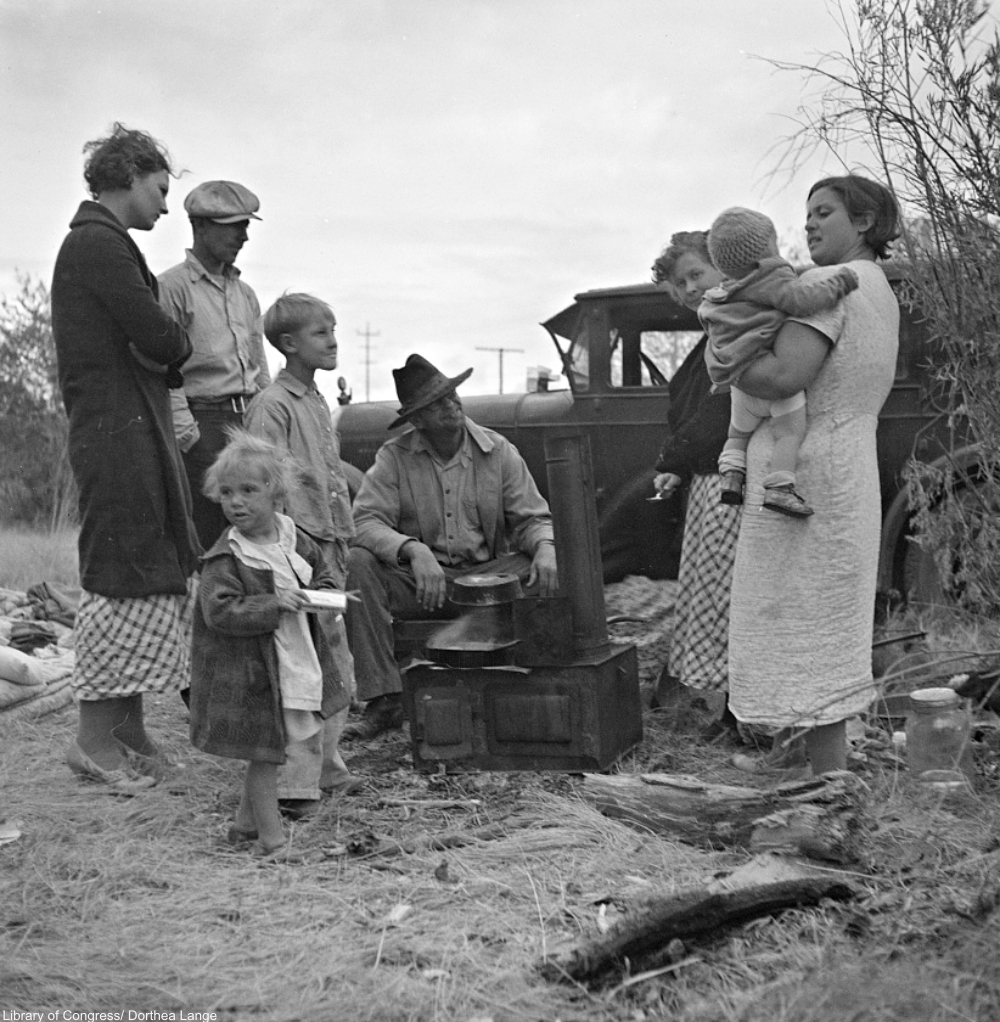 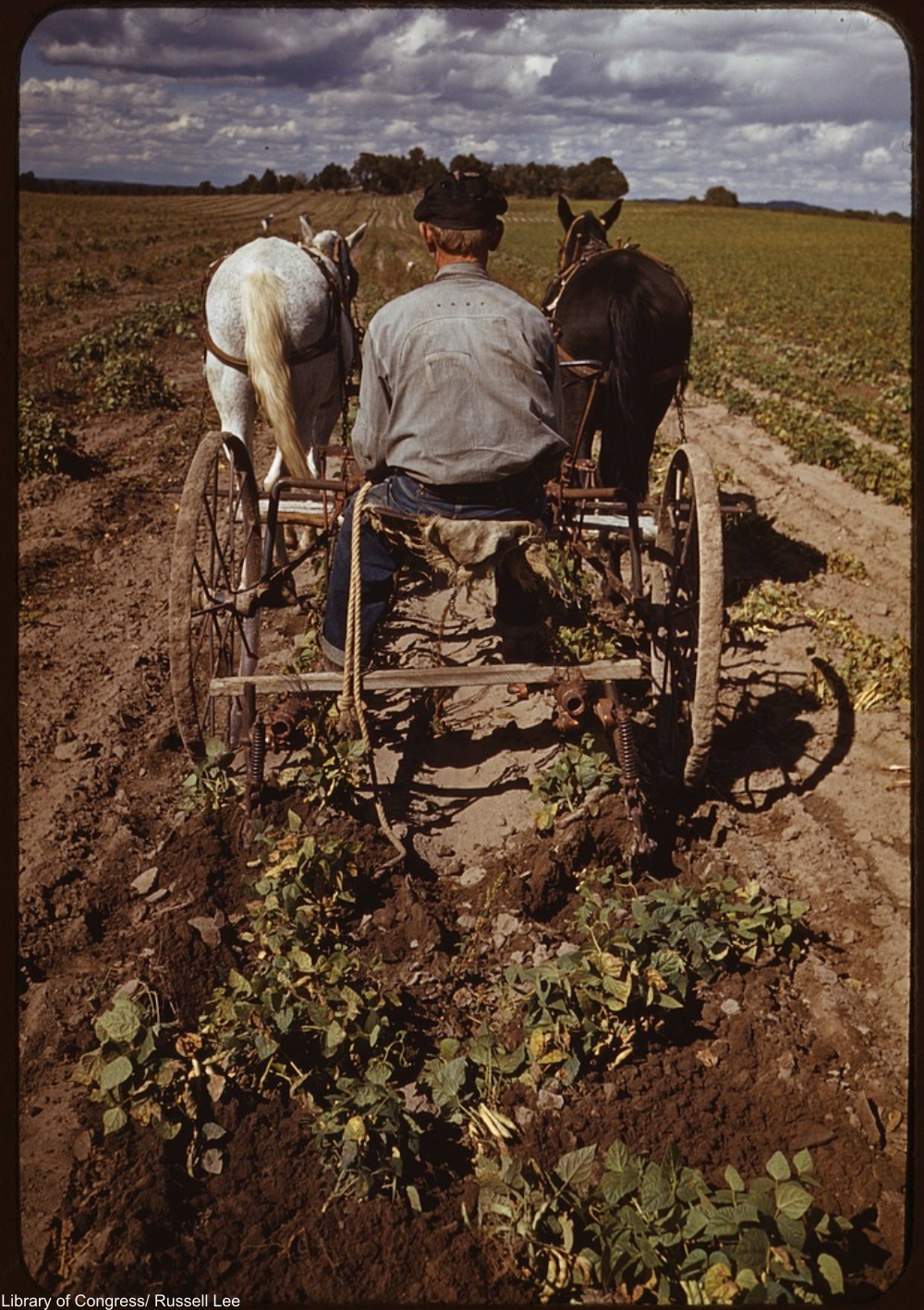 When we entered WWII formally in 1941, we were poor like the rest of the world, but we at least had gotten our massive dust storms under control through sound soil management. The hardships and scarcity of the Great Depression and the Dust Bowl were behind us, but we remained locked into austerity throughout the war. Anyone who lived through these times held on to everything they owned until it was worn out and used up. These kinds of lessons in hardship one never forgets.