In Northern Germany there lies a hodge-podge castle hidden from view for centuries. The first castle to be built on the site dates to the 9th century and has been occupied continuously sinc the 12th century. What’s even more amazing is that the same family has lived there for the past 850 years! 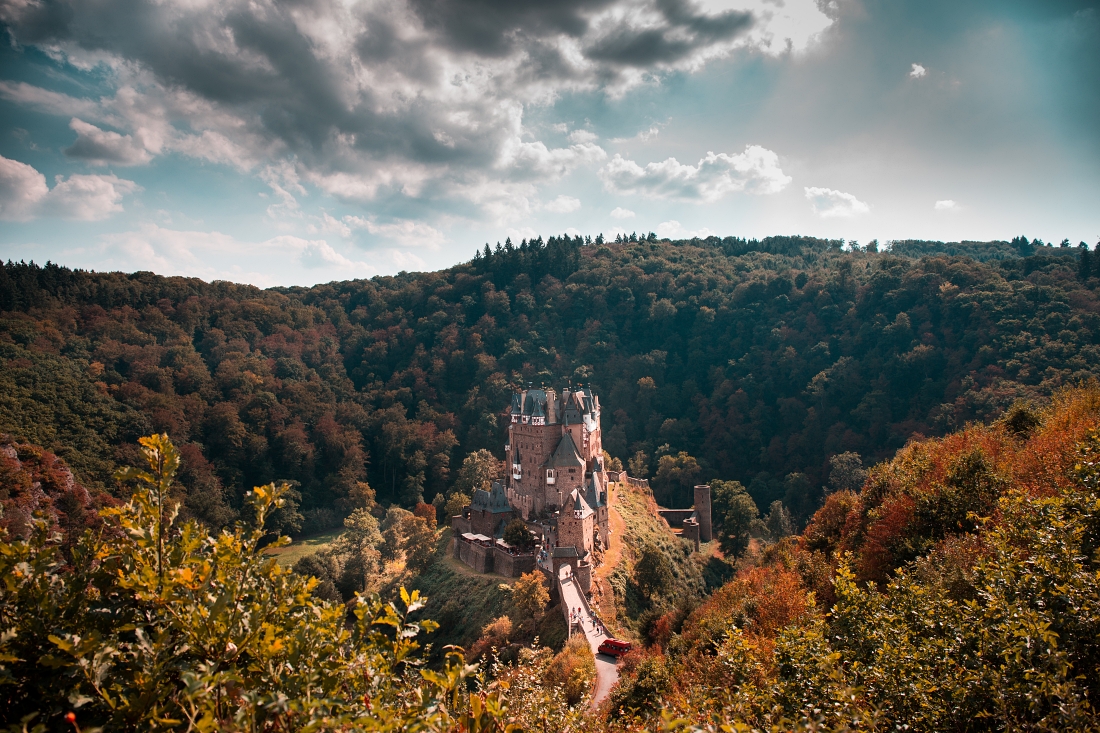 The Eltz family and their modern descendants have called the castle home since 1157 and over the years many different wings were added, each in unique (but somehow coherent) architectural styles. However, the first structure on the site dates back to Roman occupation of the area in the 9th century. 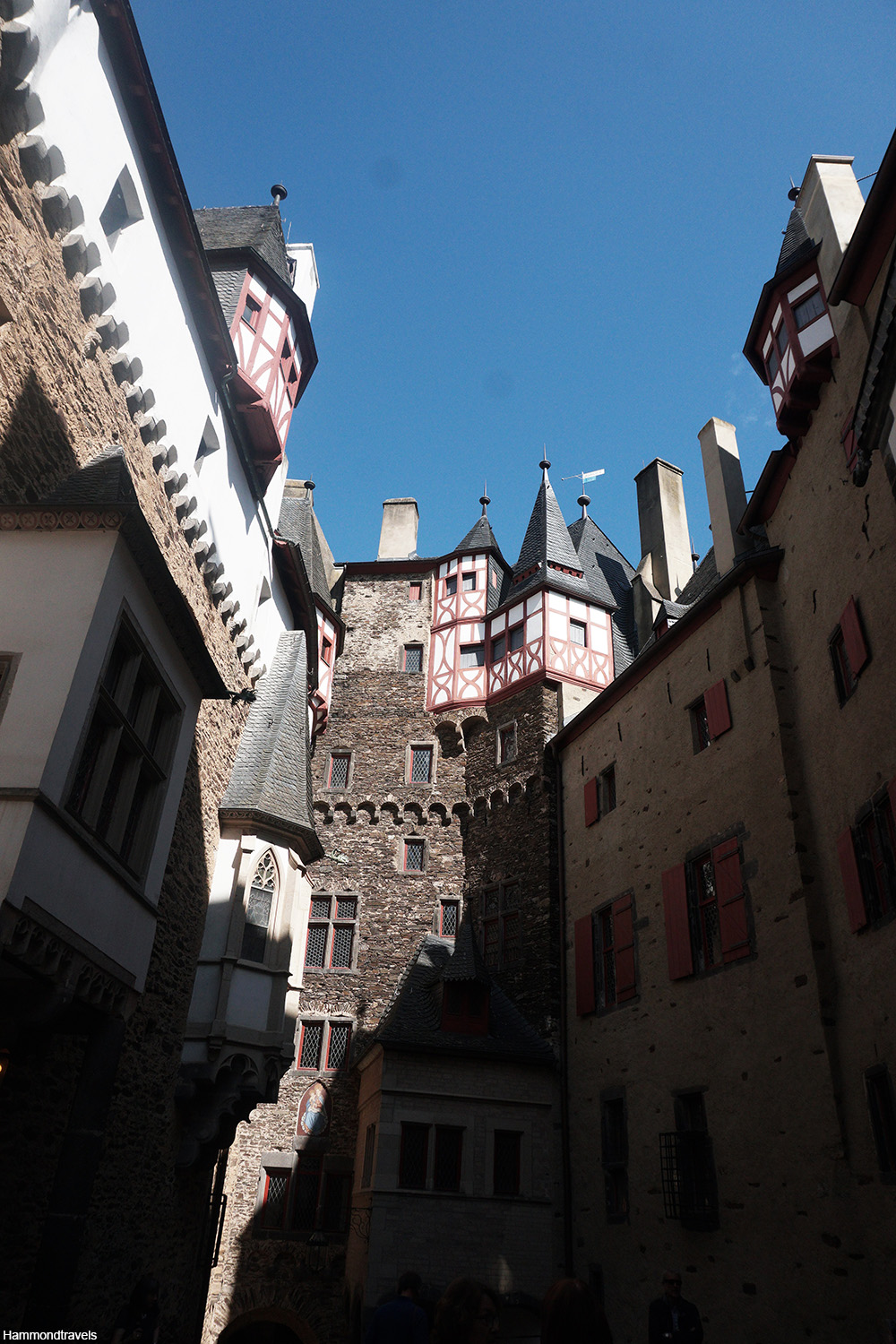 The towering stone additions were built around a central courtyard and it’s here that you can really see just how many independent styles were used in the building of this historic castle. There are sections done in Elizabethan timber frame construction alongside the angular Gothic style that was so popular throughout Germany for centuries.

This castle, located in Wierschem, Germany, is built on a small outcropping of rock with steep drops on all sides, making it an ideal fortress. The castle is also hidden from view of neighboring horizons because it’s shielded by the surrounding higher land.

Eltz Castle is connected to the main roads via a small stone bridge. The tall castle, which boasts more than 100 rooms, is so beloved in Germany that between 1965 and 1992 an engraving of the site was featured on the 500 Deutsche Mark note. Amazingly, no wars or major natural disasters have damaged the castle, unlike some less fortunate landmarks. 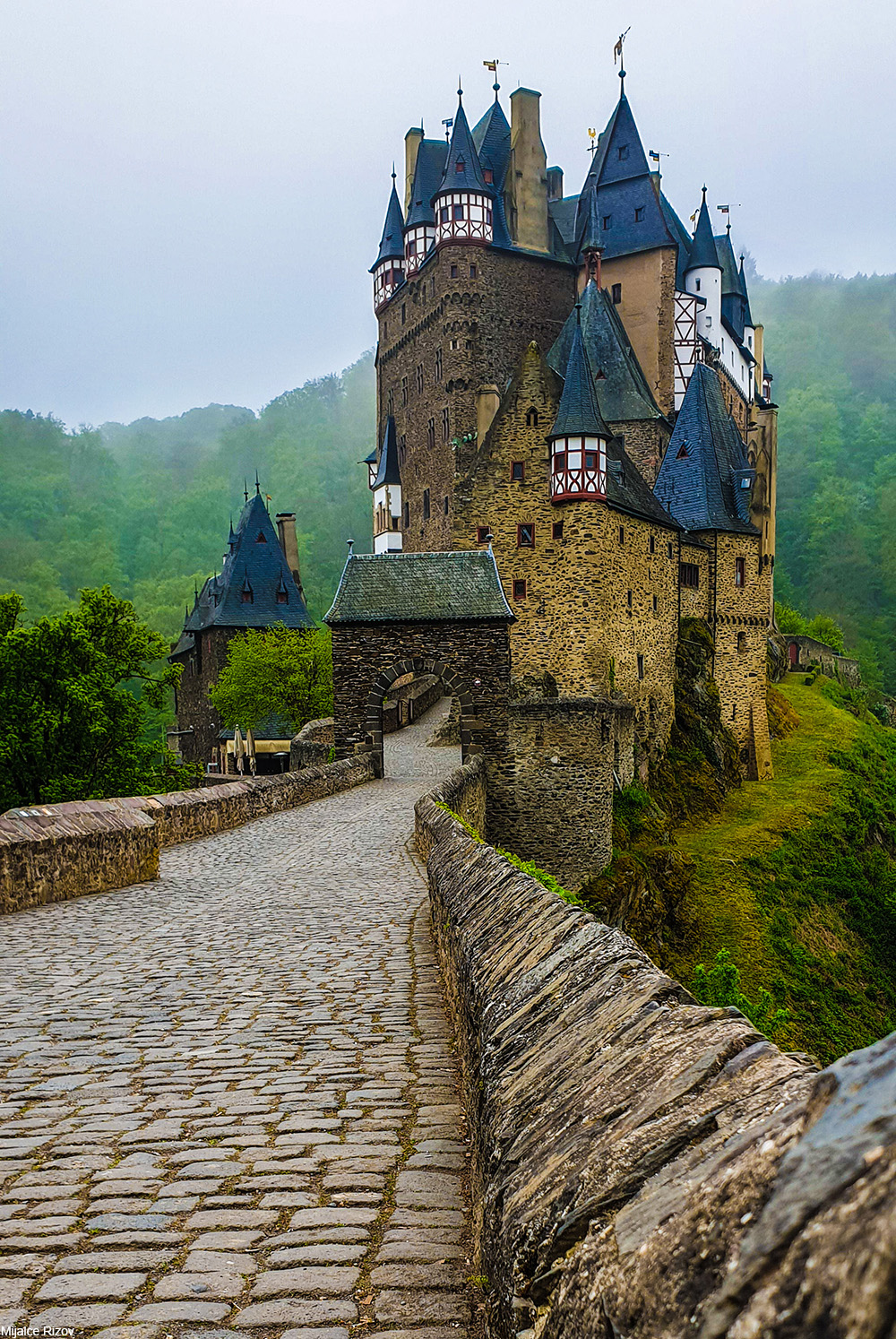 For 34 generations the Eltz Castle has been well-maintained and today three different descendant branches of the family use the castle. Until the late 18th century the castle was still being added on to, but efforts in the 19th, 20th, and 21st centuries have mainly focused on restoration and maintenance rather than building new structures. 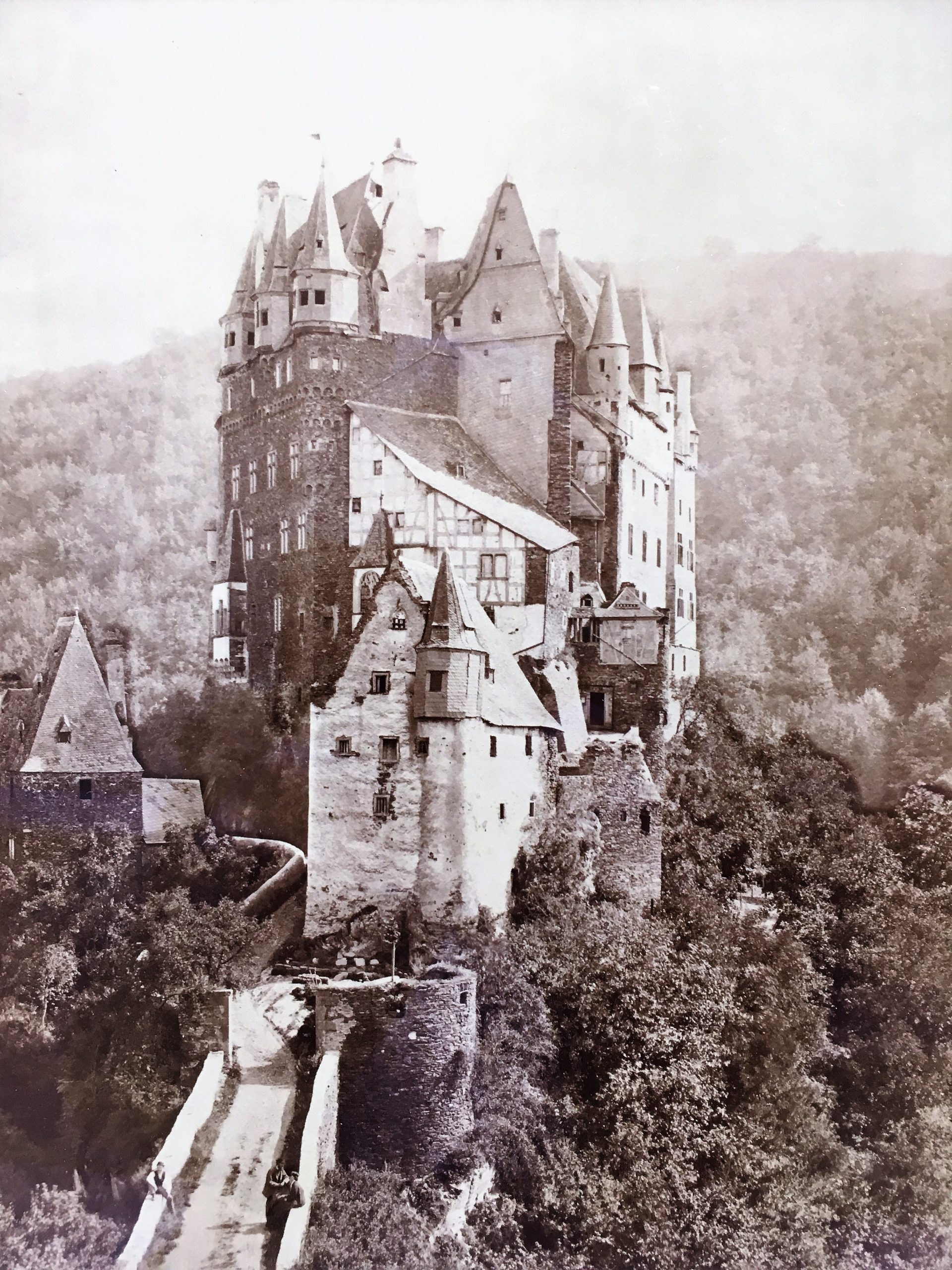 Eltz Castle around 1860. Via/ Wiki Commons

Parts of the castle and grounds are open to the public each year during the warmer months from April to October, giving visitors a glimpse into a fairy tale world of impossibly high castle towers and interior chambers filled with original Medieval furnishings and murals.

See more of this incredible castle, including the armory and the grounds, in the video below.