The Edersee reservoir in Germany is regulates the Weser river which was dammed up in 1914. When the valley was flooded 700 homes in the now-gone village of Berich were submerged underwater, sacrificed for the good of the region and to ensure hydropower for the community.

Families were forced to leave before the valley was flooded, but droves of people still come to this locale on holiday. What they are always hoping to see, besides the lovely landscape, are the bones of these centuries old homes – now concealed underwater most of the time. 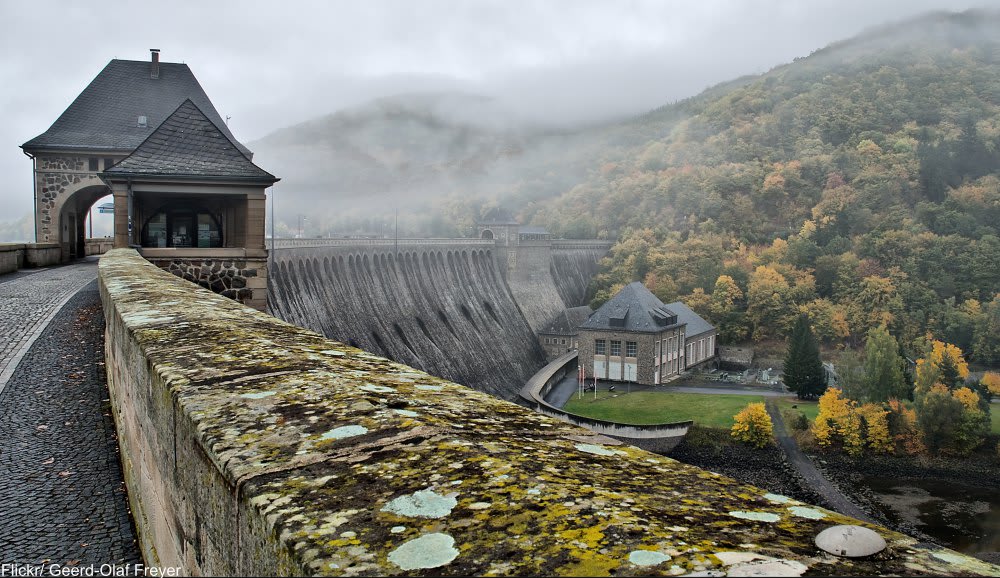 The Edersee Dam is quite beautiful in itself. Via/ Flickr

Every time there’s a drought remnants of the ancient village of Berich pop up from the dried out lake: foundations of stone buildings, cemeteries, retaining walls, and tree stumps are among the many sights that draw tourists to the area. Depending on the time of year, different aspects will be visible. It’s drought that usually reveals them, when water levels drop dramatically. Tourists line up to see the ruins in what has become a dark side to the increasingly profitable industry of tourism. 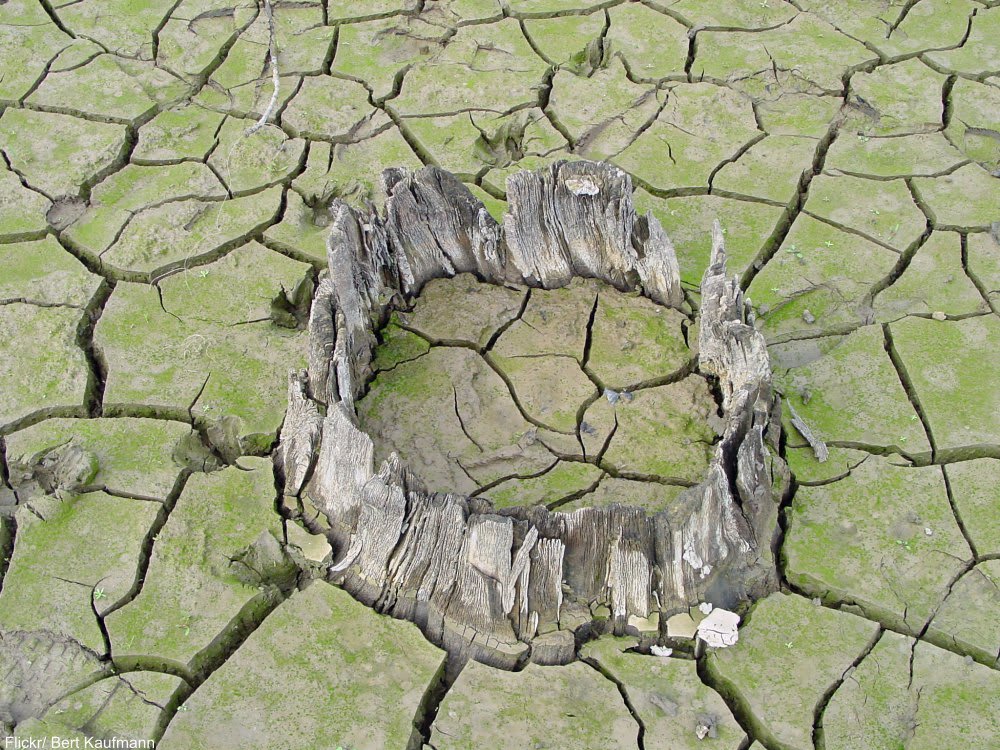 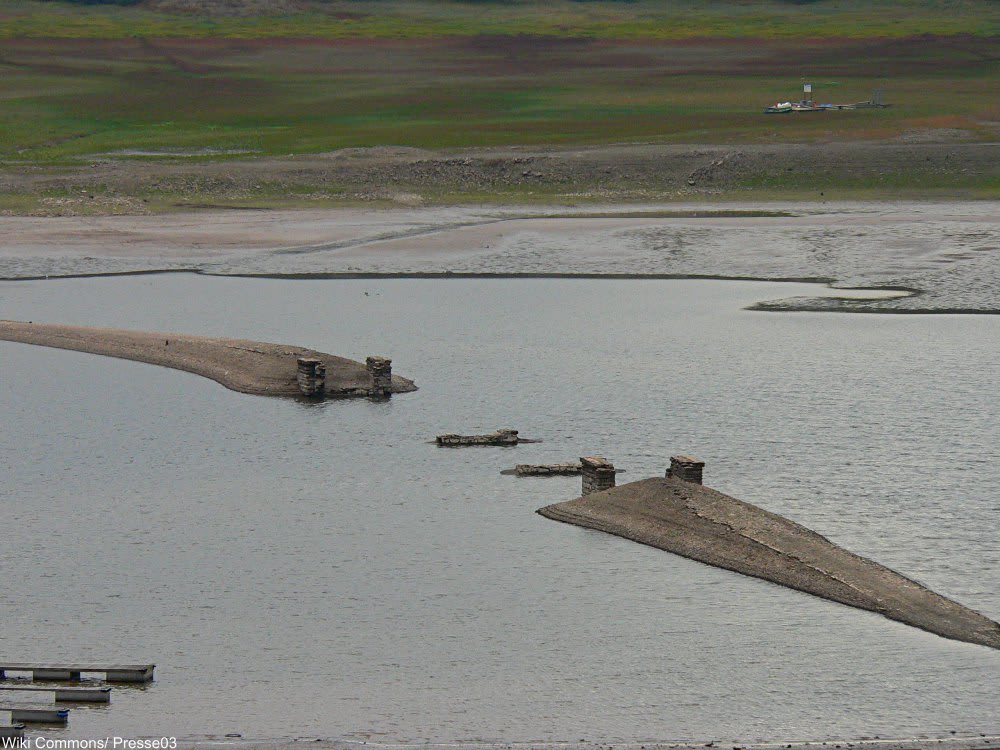 Many point to global warming as the cause of the droughts and the revelation of archaeological sites. This is the bizarre and fascinating intersection of so-called dark tourism, visiting prisons or natural disaster sites for example, and eco-tourism, the celebration of natural spaces. Some are even calling the ruins the Atlantis of Lake Eder. 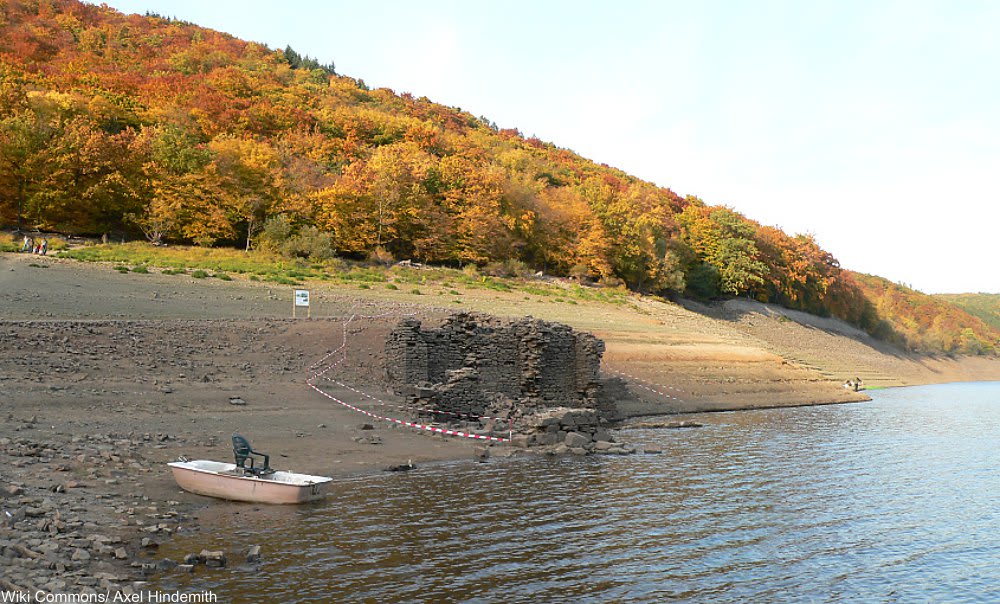 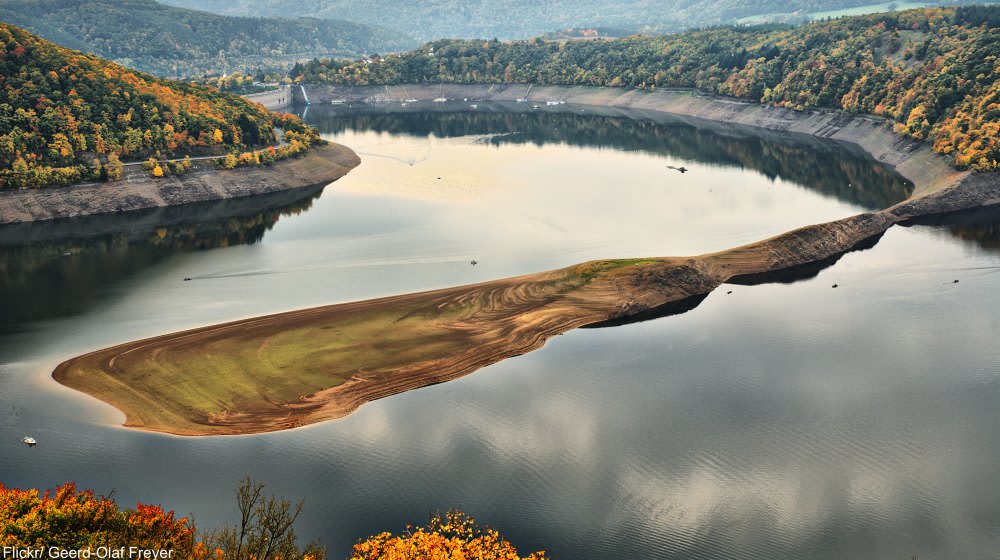 But, sadly these archaeological sites are becoming damaged. Being completely engulfed in water most of the time doesn’t help preserve them, but a new danger has gripped the precarious sites- tourists are chipping away at little bits of the stones that comprise the old buildings and relics. Evidence of their crimes often cannot be seen until the next drought, by which point the bandits are long gone with their ill-gotten souvenirs. Apparently there aren’t even any signs to deter tourists from damaging or climbing on the sites! 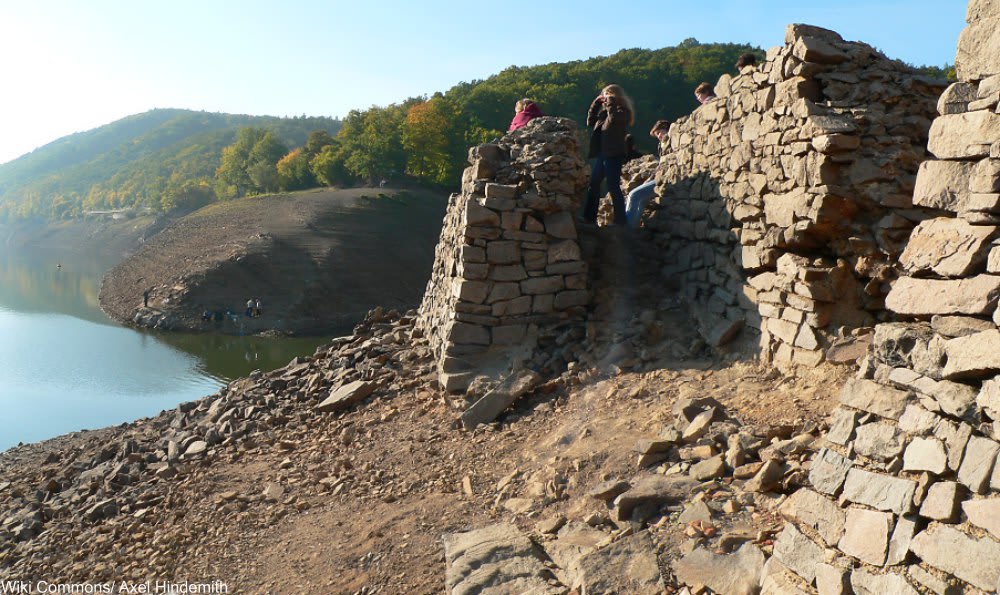 Despite massive droughts in the summer of 2018, the Edersee reservoir had to be drained in order to accommodate shipping boats since massive flooding in 2017 raised water levels in many areas of
Germany. The exposed ruins, now more visible than in some previous years, has led to a boom in tourism.

While the stunning beauty of the region is undeniable, the question remains what will happen to these archaeological sites and how to stop tourists from taking a little piece of history home with them.