A tale of woe, fascination, science, of plague and disease, and of lavish wealth seems a far stretch when talking about the humble tulip. But, in the 17th century in the Netherlands, the flower was absolutely the subject of all the emotions and circumstances above! “Tulpenwoede” means tulip madness and certainly the Dutch were obsessed with tulips like no other country had ever been before. 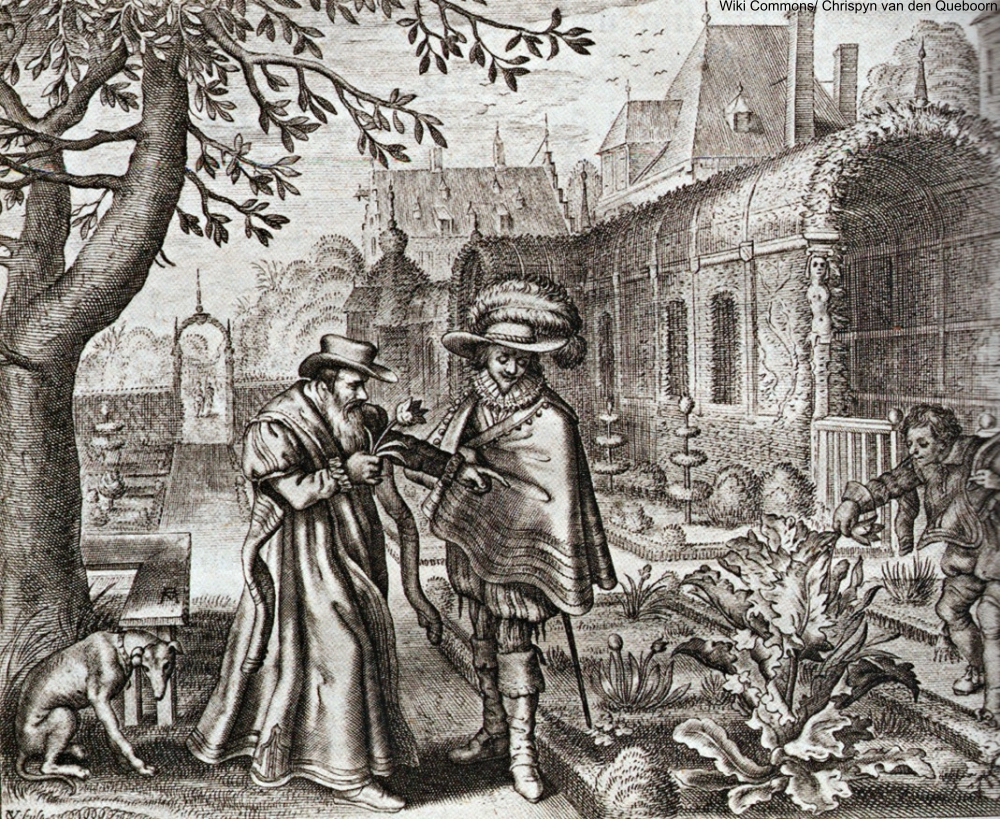 The Eurasian flowers had long been grown in the Ottoman Empire, but when tulips hit Europe the Dutch went absolutely wild for them. A growing network of scientists, scholars, and gentlemen in the 17th century fell prey to fascination with the blooms and soon were trading in seeds, bulbs, cuttings, and flowers to such an extent that an inflated economy arose around the flowers.

Between 1593 and 1637 the price was said to have risen to more than 10 times the average worker’s yearly income just for a single bulb of the most sought-after cultivars. 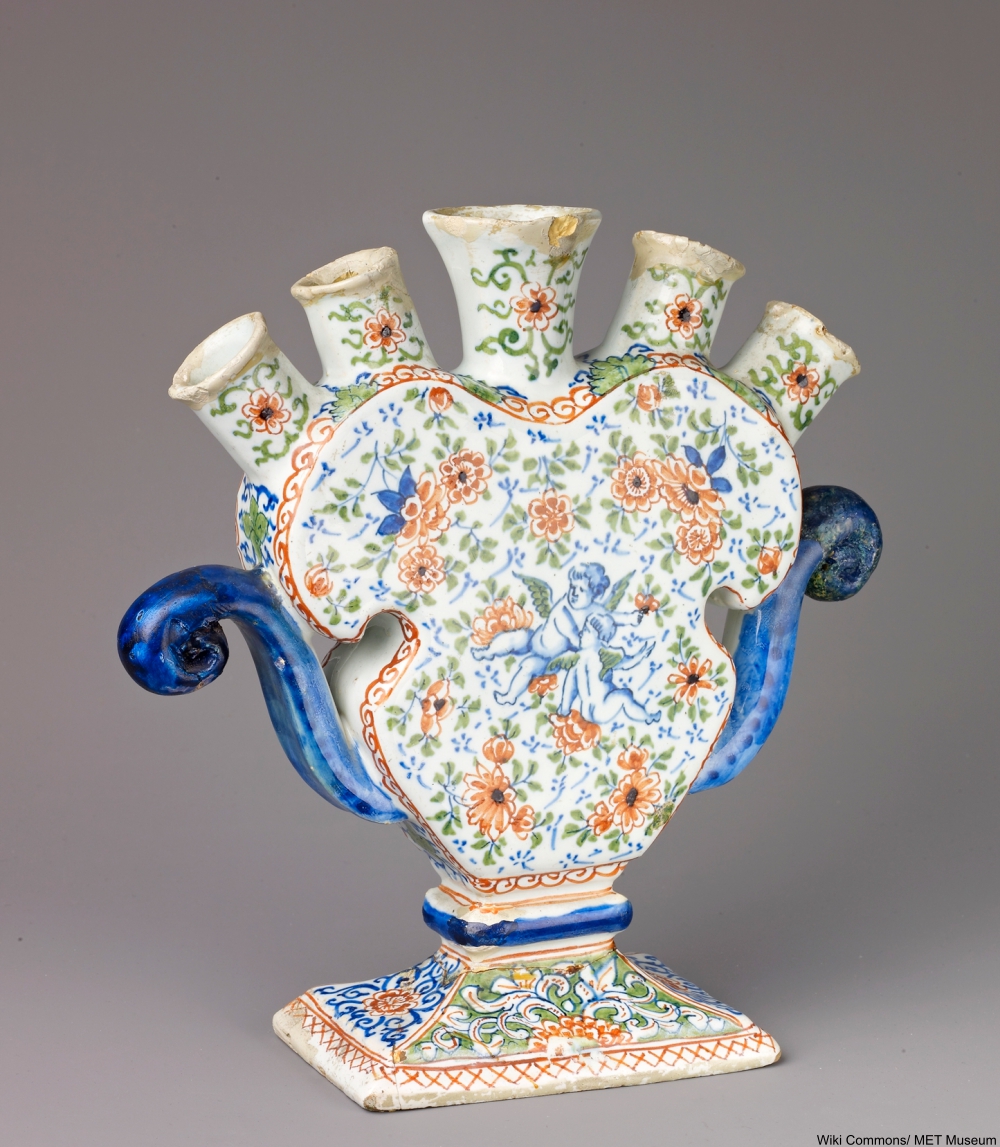 Special vases were designed to hold a single tulip in each receptacle. This one from around 1700 is by Delft. Via/ Wiki Commons

Despite a love for the different shades and an urgent a need to document the flowers in scientific terms in illustrations and even in fine art, little was actually known about tulips at the time. The most prized tulips were those in which color inconsistencies had caused striated blooms, the (unknown) result of disease. They became the must-have for botanists and investors across the region in what has been described after the fact as a frenzy of economic activity. 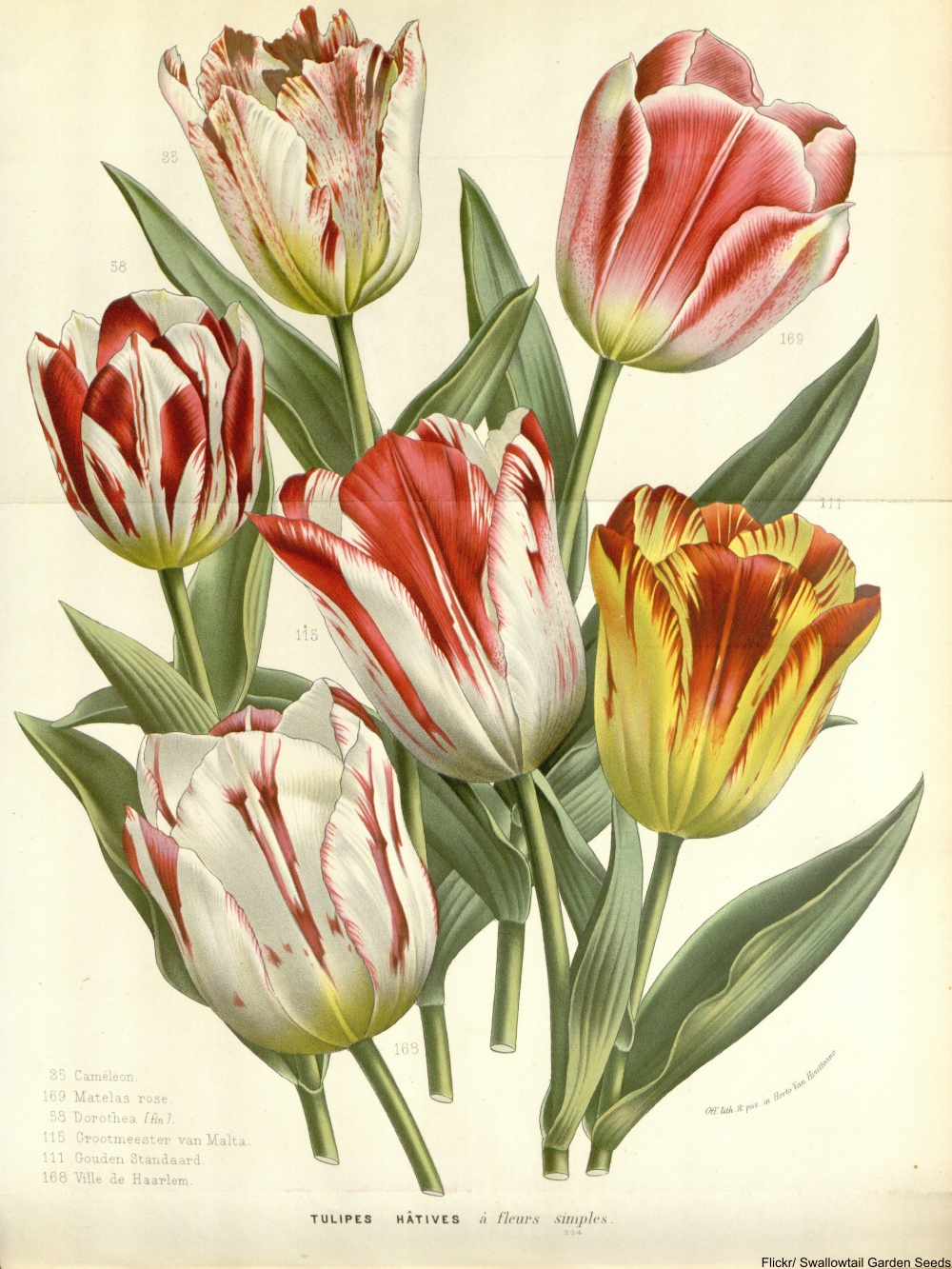 Artists painted them, gardeners planted them, and the wealthy paid heftier and heftier sums of money for the pleasure of owning new cultivars and a greater array of colors. Some tulips are reported to have cost as much a whole house in Amsterdam, though there have been wild tales told about the tulip mania that embellish the truth of what happened. It is likely that speculation about tulip futures is what actually caused the bubble to burst, owing to their unprecedented popularity. 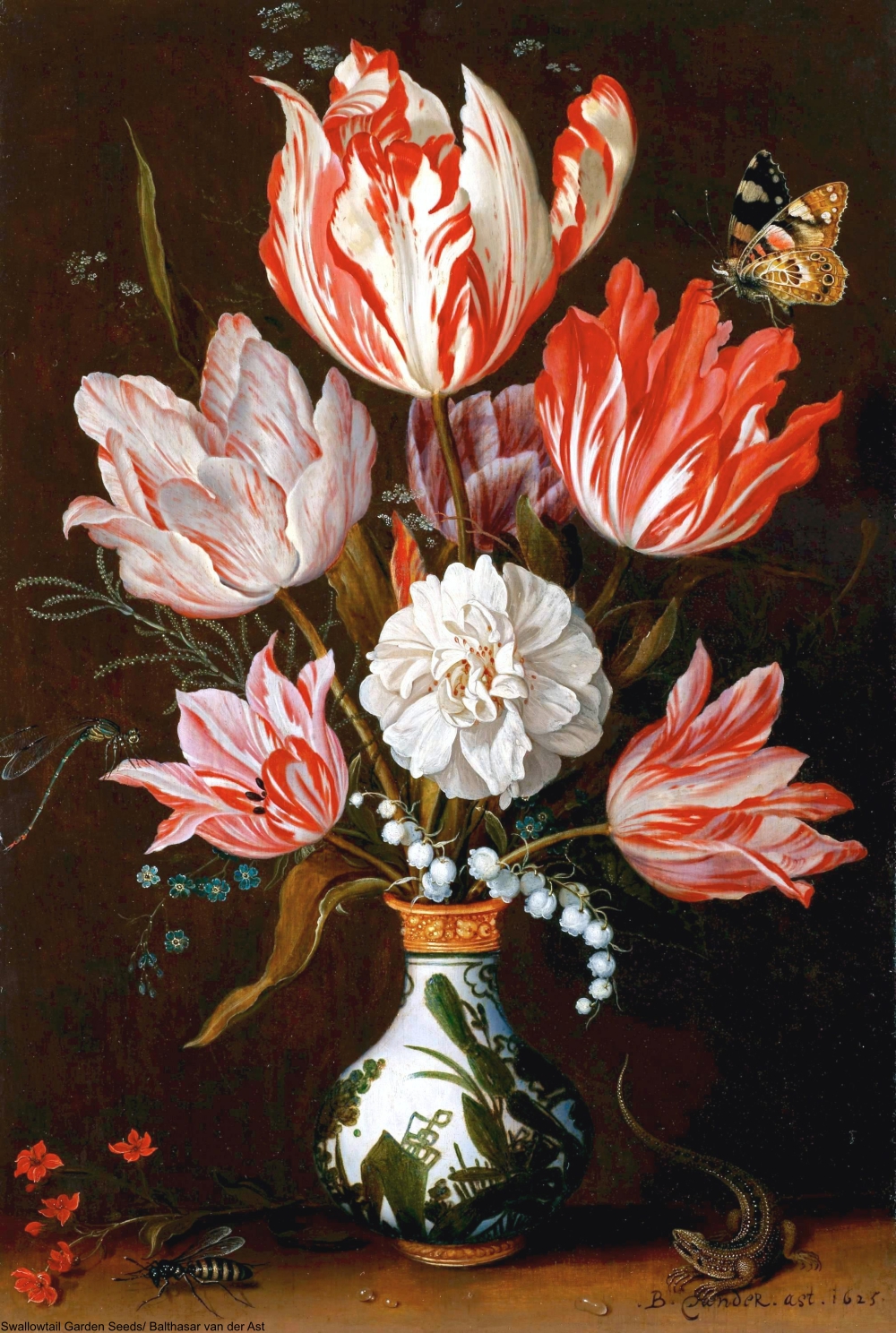 Reportedly, many investors were ruined after the bubble popped in 1637, which is a shame since yet another outbreak of the Black Death hit Amsterdam in 1638. Some have theorized that outbreaks of bubonic plague throughout the period caused folks to take chances they would not have ordinarily taken had death not been knocking at the door.

We may never know the whole truth about just how far the tulip mania went, but we can see the evidence of the booming trade in the many varieties of tulips that survive in huge numbers today in Dutch tulip farms and flower markets.

Click here to discover 8 history facts no one ever taught in school!