Most of us have no idea what being in a war is like, let alone being confined to damp, muddy trenches for months at a time surrounded by gunfire and explosions. For the soldiers of World War I this was their reality and a select group of women sought to give them a little break from the doldrums with a delicacy from home. 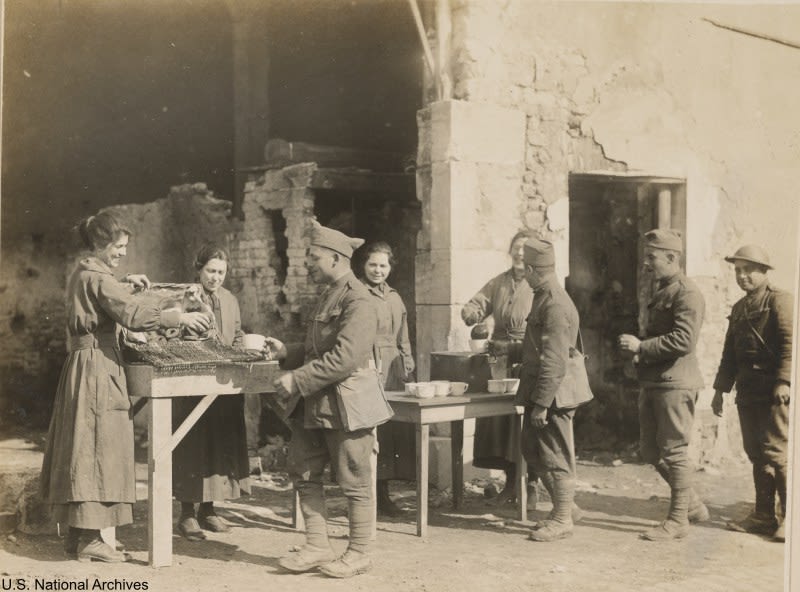 These intrepid women risked their lives to give troops a treat and gathered extra rations to make doughnuts right on the front. Sugar and wheat flour were among the rationed commodities during the war, making doughnuts a special treat that was hard to come by for American troops in the trenches. 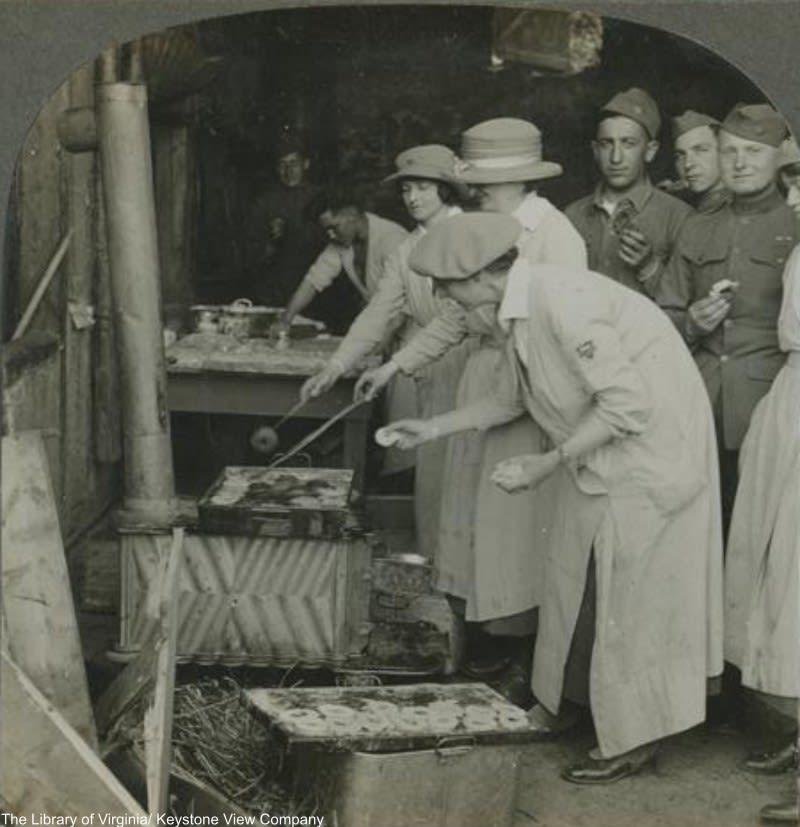 It all started with four women working for the Salvation Army who, while providing snacks and Christian activities for the soldiers, had the idea that serving up some doughnuts would perhaps do more to life the men’s mood than hymns. The story goes that the first girls to do this fried the dough in metal army helmets, using wine bottles as rolling pins!

Working on small stoves in huts or tents, these ladies served thousands of doughnuts per day in each area while bombs and gunfire raged on outside. 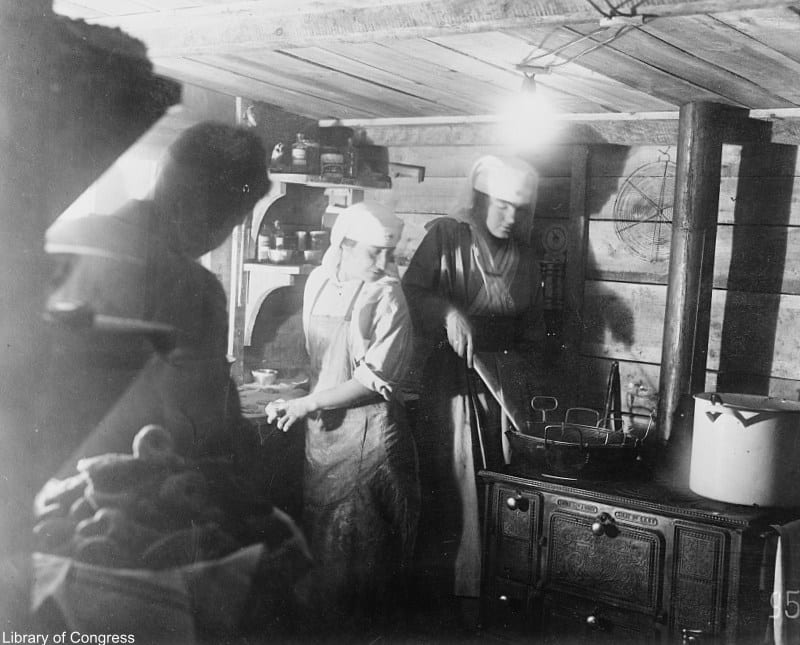 From 1919 caption: “Dorothy Potter and Charlotte Naylor, of the American Red Cross, in the Aviation hut at Evres, in the Argonne, making doughnuts for the men in the camp. These girls have had an interesting time, giving wonderful service to the men at the Front. They served 10 months at the 3rd. Aviation Instruction Centre. Later at Toul, then at Souilly during the advance. At present they are attached to the 3rd. Group, 1st, Pursuit Wing, 1st. Army.” Via/ Library of Congress

Once news got out of what these ladies were up to, the Red Cross also supplied volunteers and supplies with which to make doughnuts. U.S. troops were often provided with free coffee to wash down the doughnuts, as well. This classic combination proved warming- not only of body, but it greatly lifted the soldier’s spirits. 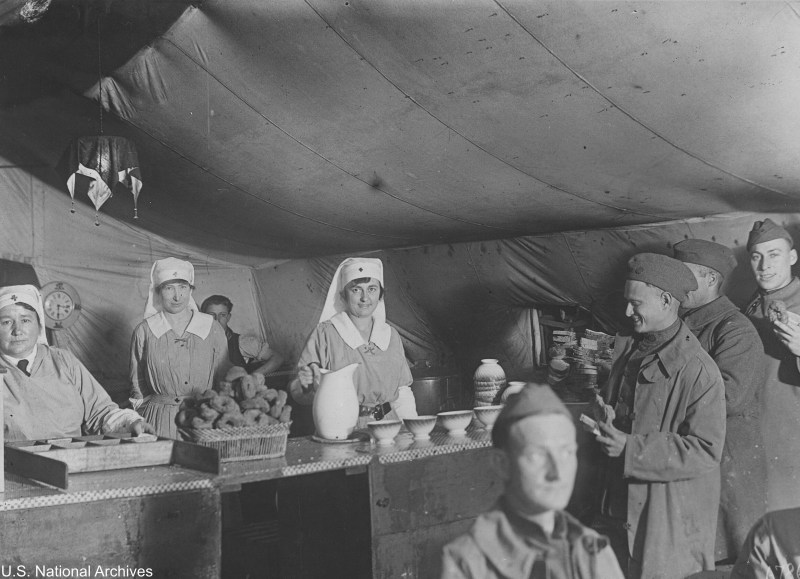 Pies, cakes, fudge, and hot cocoa were usually also on offer, amounting to untold snacks made and served everyday by only a small number of women who were there on a volunteer basis. These snacks were free and started a tradition of no-cost snacks for U.S. soldiers, though for a short time during World War II the Red Cross was forced by the Secretary of War to charge for their doughnuts and the results were not pretty. 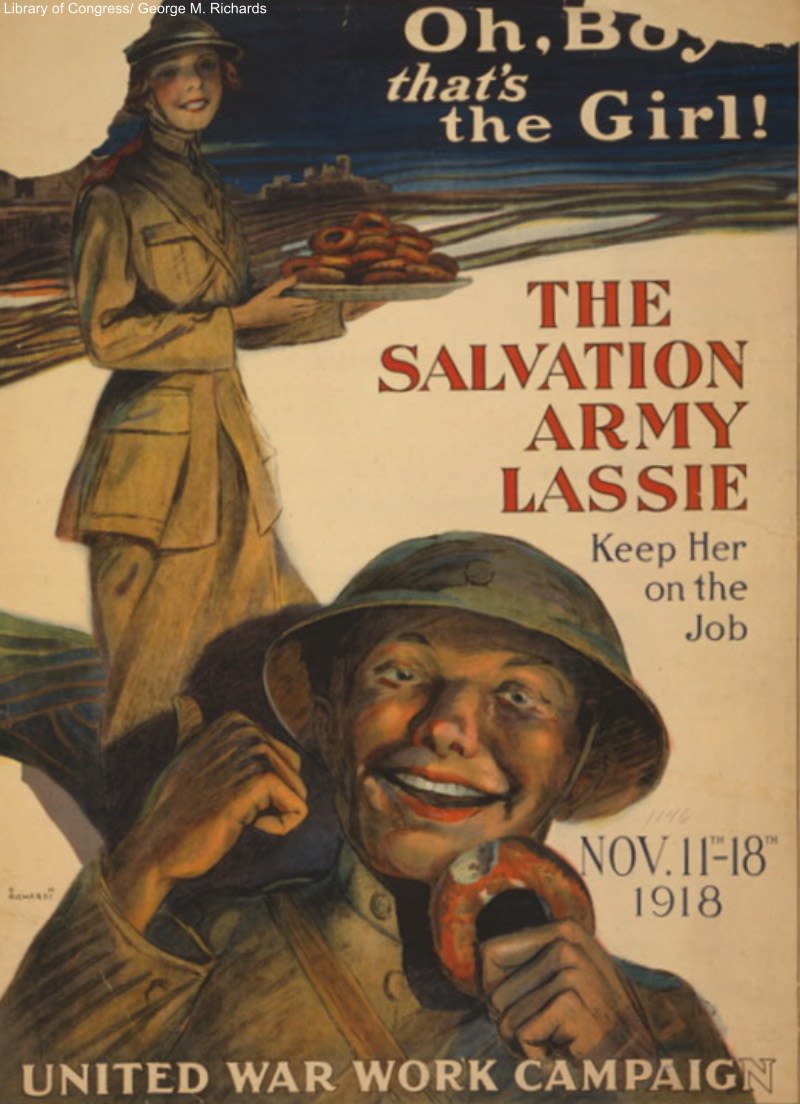 The women serving doughnuts were so much a part of some battles that they had their own housing next to the soldiers or were literally in down the trenches with them. They became known as the “doughnut girls” or “doughnut lassies” and the troops were nicknamed the “doughboys.”

Partly because of the welcome role they played during World War I, doughnuts came to represent the U.S. and continue to this day to be a strong symbol of America for many people. In 1920 the first mechanized doughnut-cutting machine was invented and in 1938 National Doughnut Day was created, both things that probably would never have happened without the doughnut girls.