The Wizard of Oz is one of the most beloved movies of all time, for both kids and adults. The 1939 film featured the brand new technology of era: Technicolor. The film was an instant success thanks to brilliant color images, but also because of the talented writers, composers, costume designers, and actors who worked to make this masterpiece. But, the book that the film was based on is not as well known today. The book debuted in 1900 and the fantastic story instantly captivated audiences. Within only a few years there were motion picture shorts of the story, as well as plays and musicals. But, at the heart of this tale lies a deep tragedy that the author’s family suffered. 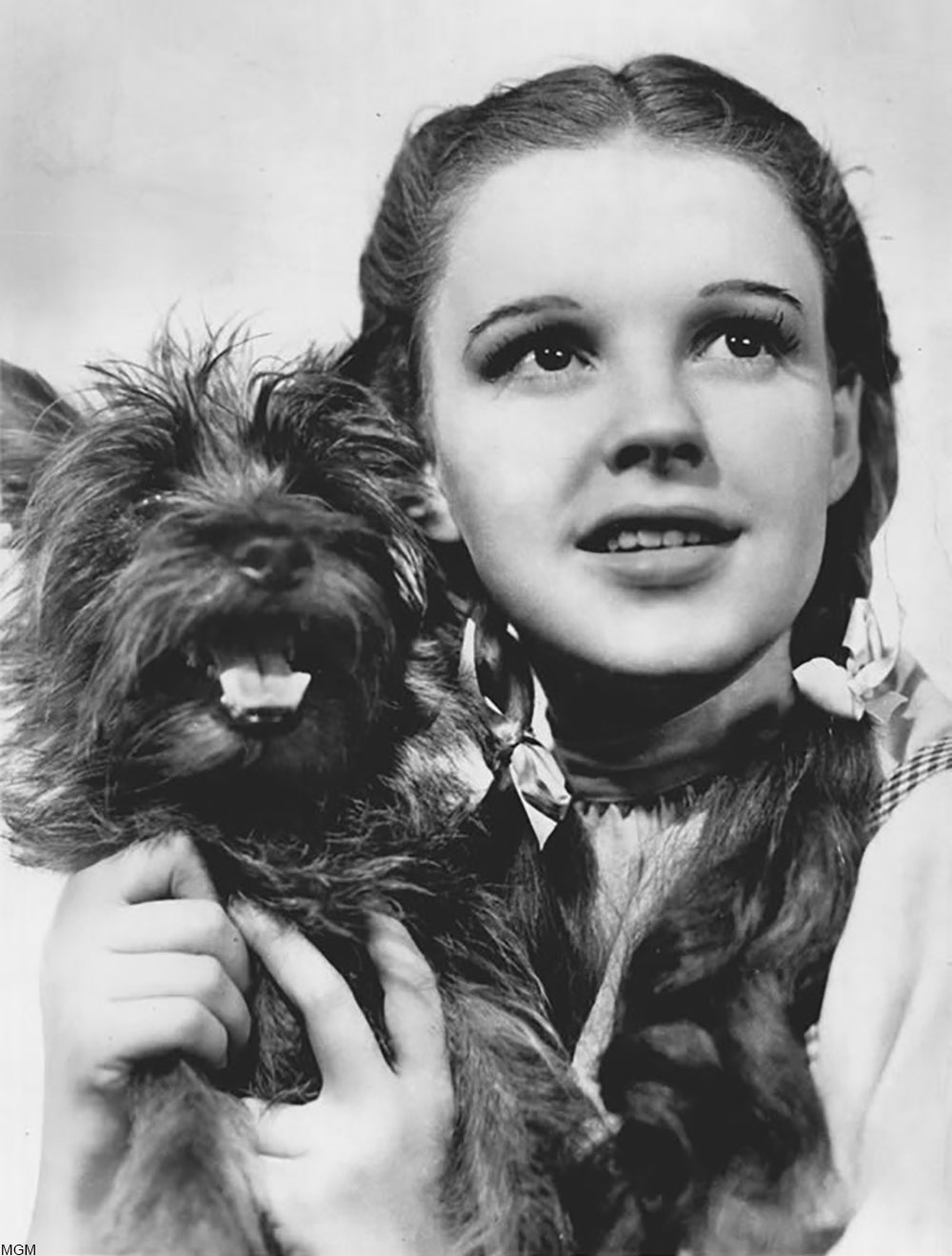 L.Frank Baum, author of The Wonderful World of Oz, was known for his kindness. The family had moved to Aberdeen, South Dakota where Baum ran a general store which went out of business on account of him giving too much credit to his customers to stay afloat.

During their time in South Dakota, there was a great drought. These events come in waves of course, but this aspect of the story line of The Wonderful Wizard of Oz made it a particularly relevant story to those who had lived through the Dust Bowl years in the 1930s.

Baum started out his career in writing at a newspaper, which sadly failed in 1891, after which time he took work as a reporter and as a traveling salesman and moved the family to Chicago. Baum’s writing took on a more technical tone as he set out to study and dissect the successes of various marketing and window display strategies. 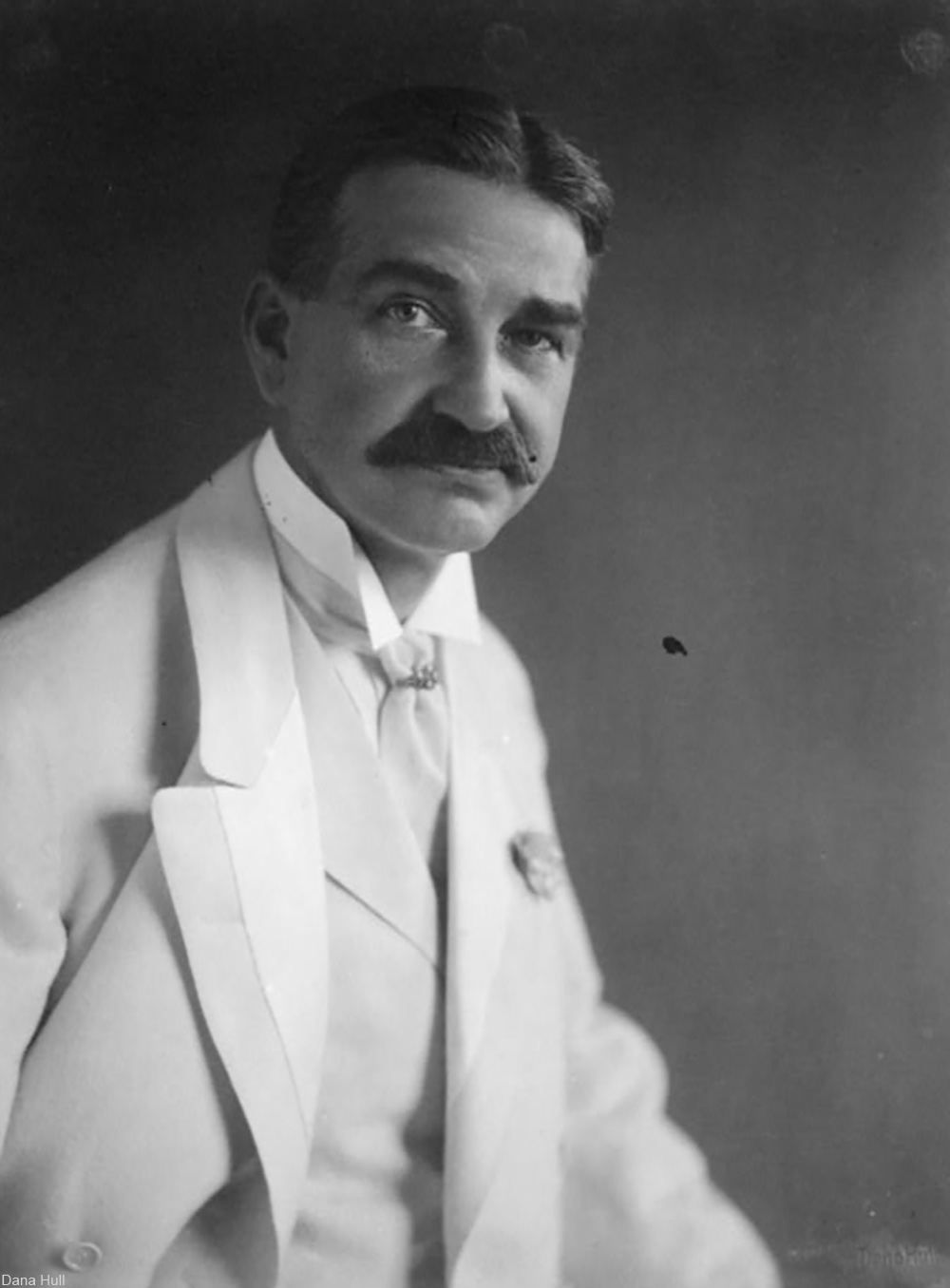 Portrait of Baum from 1908. Via/ Library of Congress

His magazine, The Show Window, is still published today as VMSD magazine and his study of what made a window display captivating would change the way stores engaged with their customers. But, the multi-talented Baum also wrote a number of children’s books. His first successful book was Mother Goose in Prose (1897), after which he wrote a quick succession of other books meant for children. In only a short time, Baum emerged as one of the most popular children’s writers of the era. Baum also effectively created the genre of American children’s fiction, as children in the U.S. had mainly read books and stories imported from Europe up until Baum’s books. 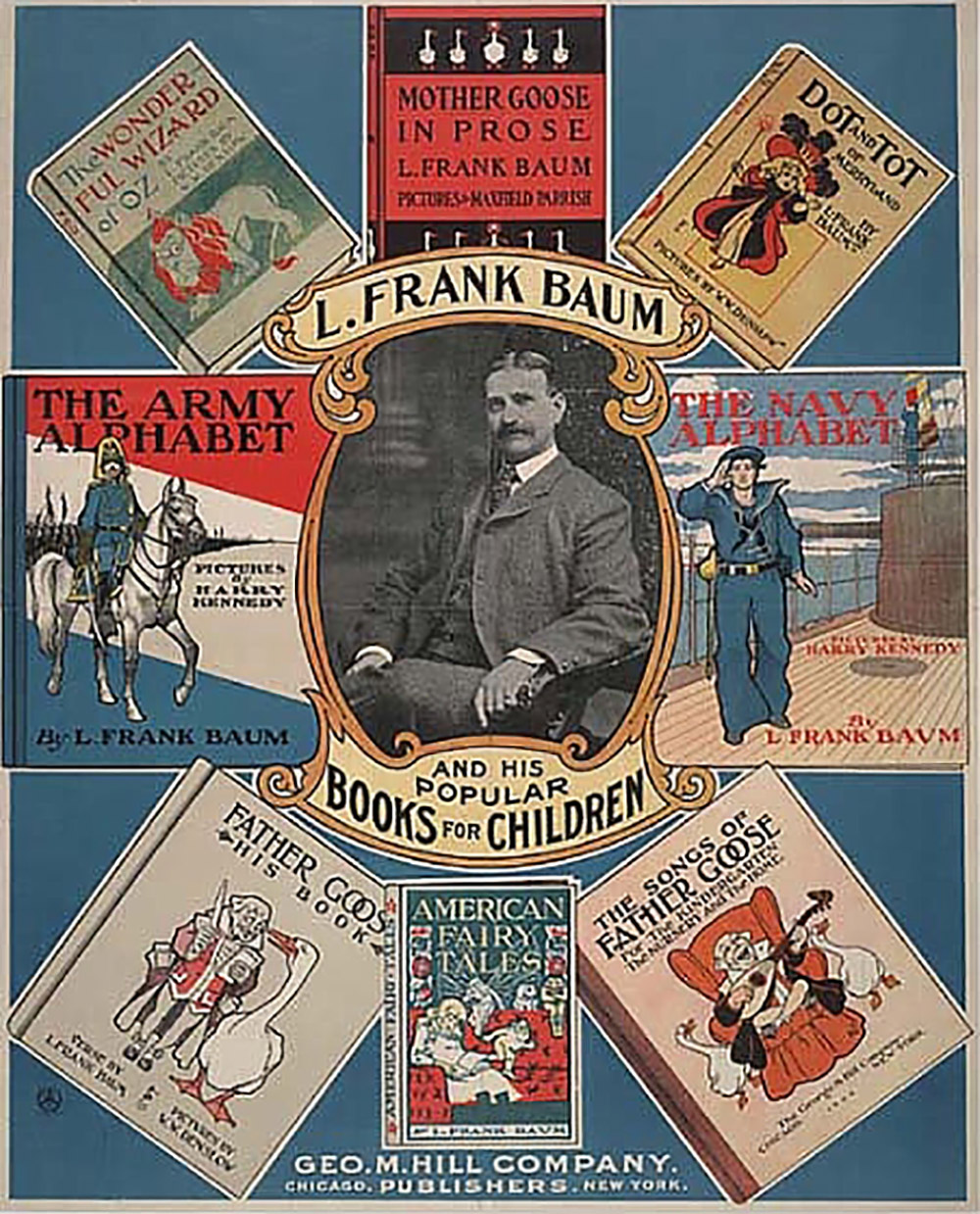 Baum went on to write The Wonderful Wizard of Oz only 3 years after his first book launch. He and his wife, Maud Gage, raised 4 boys together, so Baum always had some stories up his sleeve. He also ran a play company in his day and wrote several plays, so it would be seem he was a born storyteller. 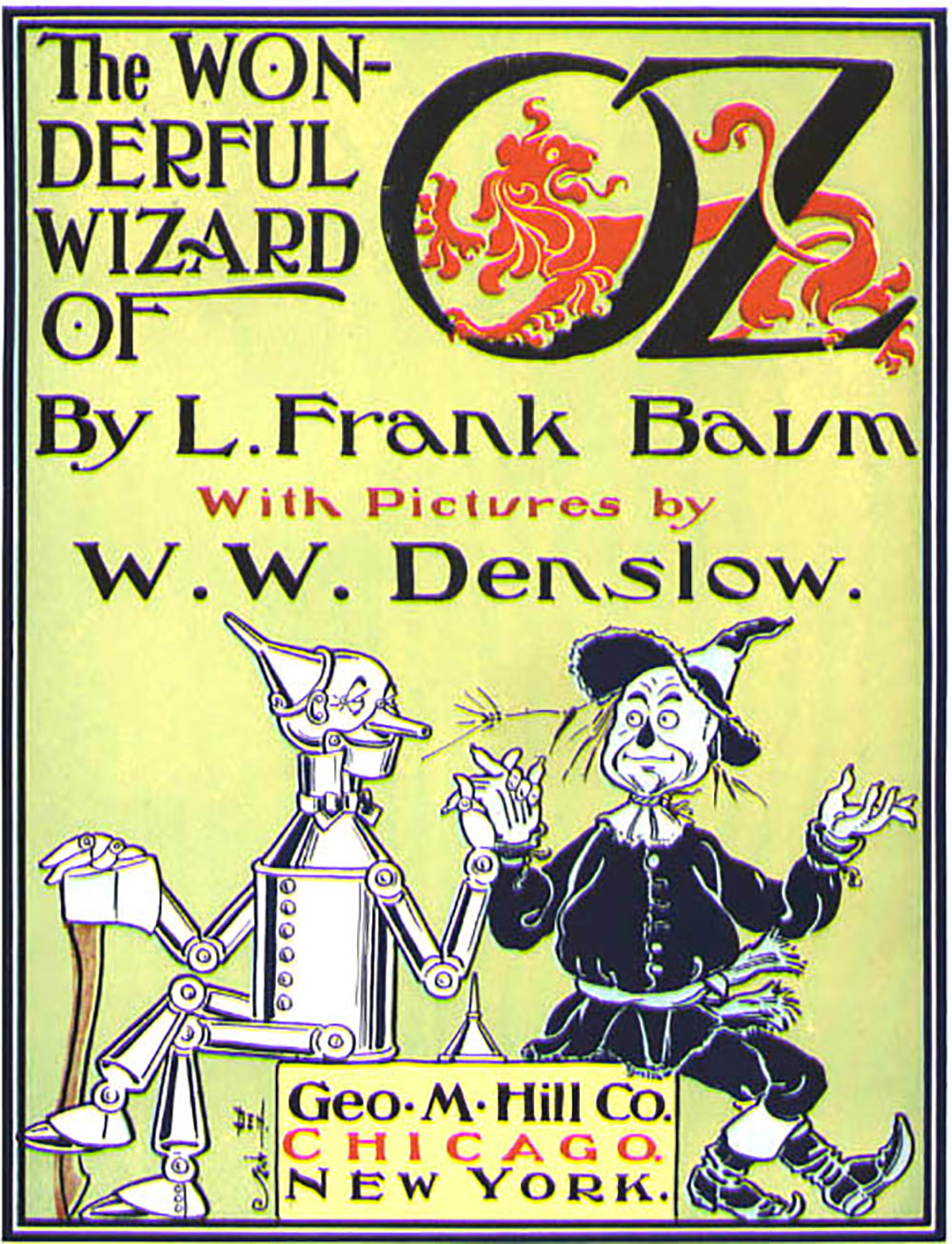 Baum already had the story for The Wonderful World of Ozmostly written when his wife’s niece, named Dorothy Louise Gage, died suddenly in 1898. The child was only 5 months old when she died from what was diagnosed at the time as “congestion of the brain” and today would have most likely been revealed to be either meningitis or encephalitis.

Maud was distraught over the news of her perfect baby niece’s death. After returning from the funeral in Bloomington, Illinois, Maud was in such grief as to require a doctor’s care. The family would never be the same and shortly after the death of their infant daughter, Sophie and Thomas Clarkson Gage moved with their remaining child to South Dakota. 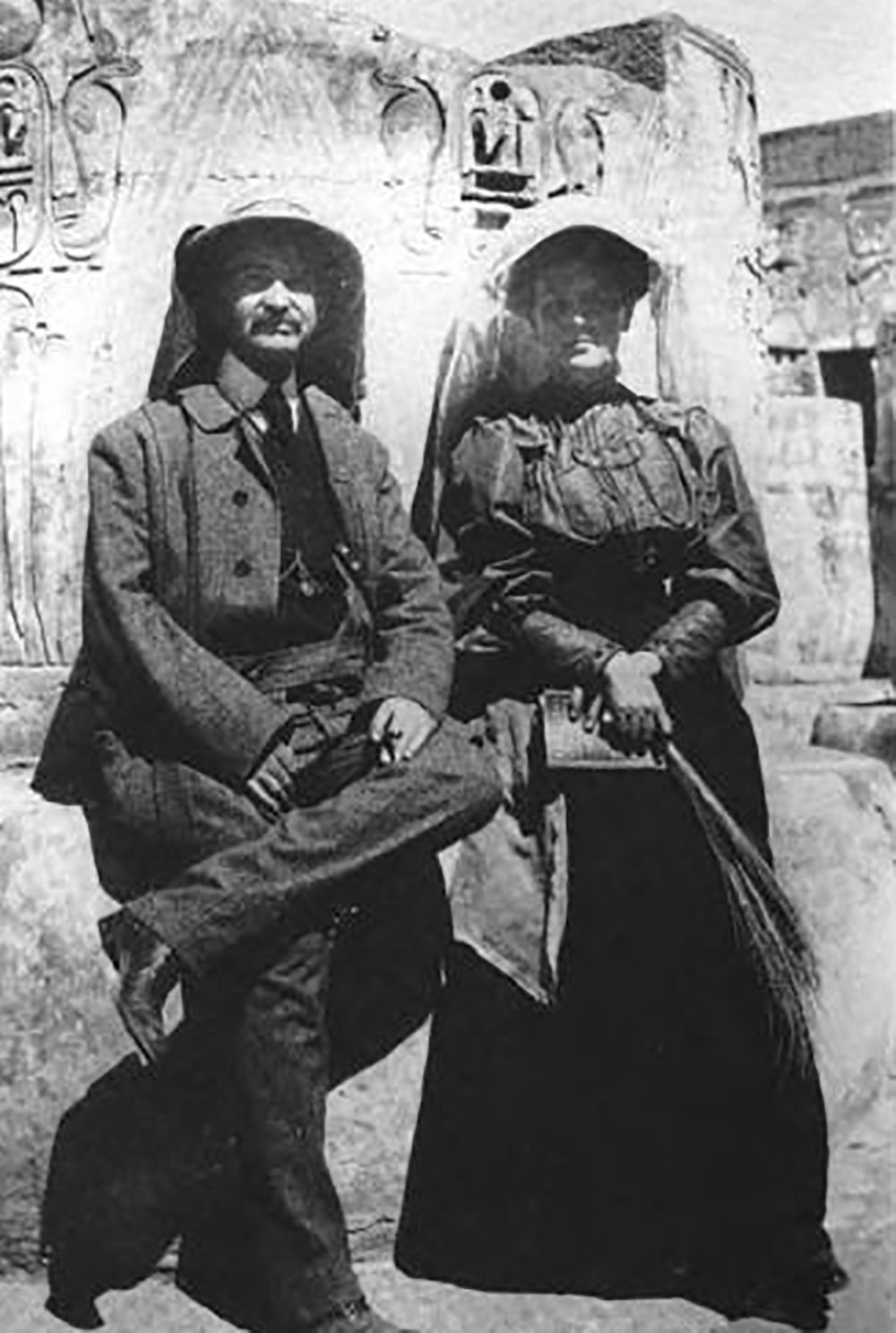 Frank and Maud in Egypt in 1906. Via/ Wiki Commons

Baum was so moved by the impact that the infant Dorothy had on his family that he decided to name the main character of The Wonderful Wizard of Oz after her, changing only one letter of her last name. The last name of the character of the adolescent girl living with her aunt and uncle was suitably changed to Gale, which corresponded well with the tornado that she survives in the story. 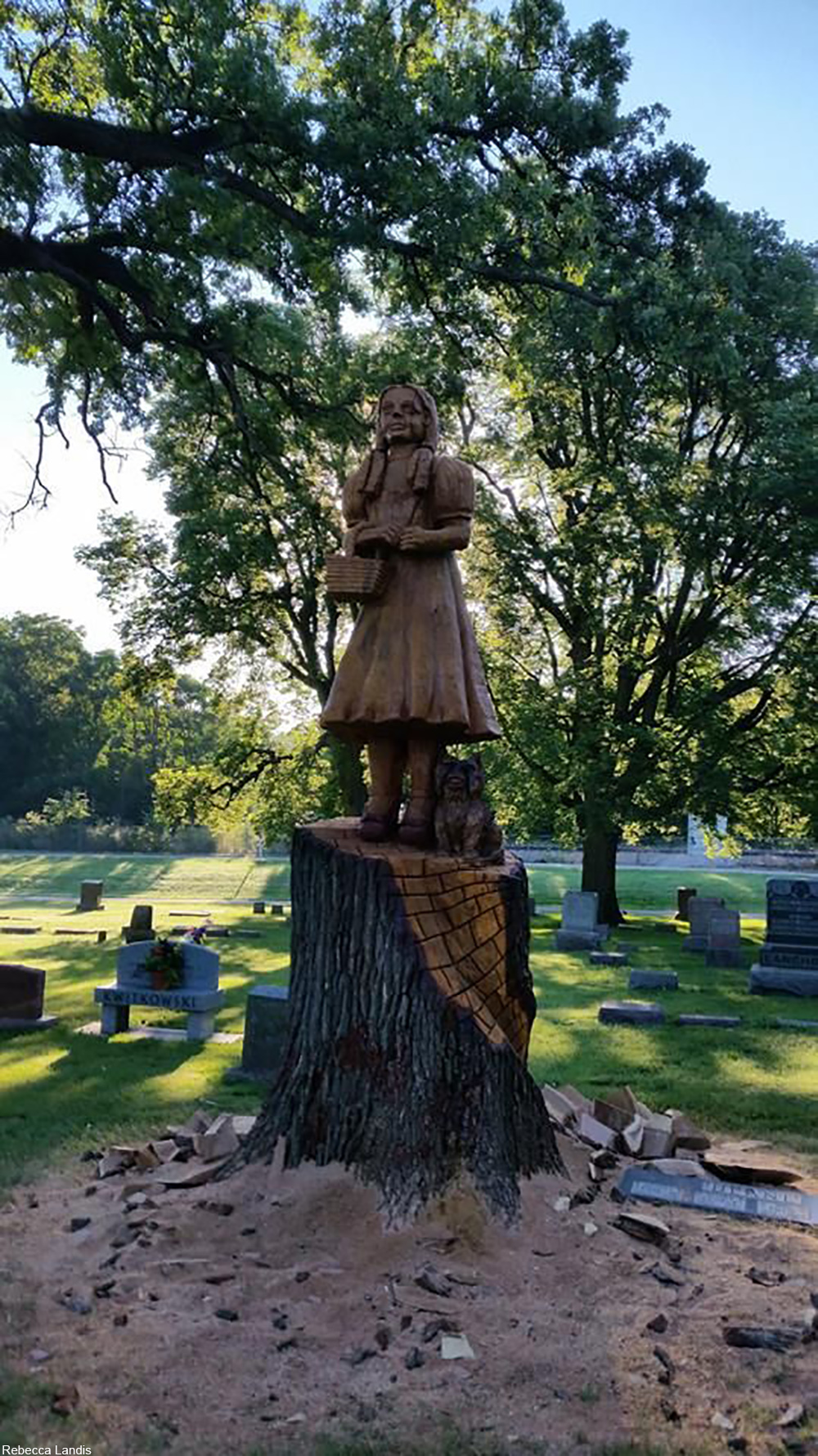 Via/ Find A Grave

The real Dorothy is buried in Illinois at the Evergreen Memorial Cemetery and her grave is often visited by fans of the book and the film. A statue of Dorothy’s character is carved into a large tree stump nearby. By creating one of the most well known and cherished children’s stories of all time, and giving the main character his niece’s name, he ensured that generations of people would never forget the baby named Dorothy.