Heartbreaking Discoveries Inside the Shoes of Children Sent to Concentration Camps

The horrors of the Holocaust at the hands of the German Nazis will not be forgotten anytime soon. But, lest we for a moment consider the events of World War II to be mere footnotes of history, we must take into account the new discoveries about the concentration camps and the Third Reich that are being discovered every day. One recent find comes from the Auschwitz-Birkenau Memorial and Museum in Poland and brings to light a heartbreaking facet of living and dying in a Nazi concentration camp. 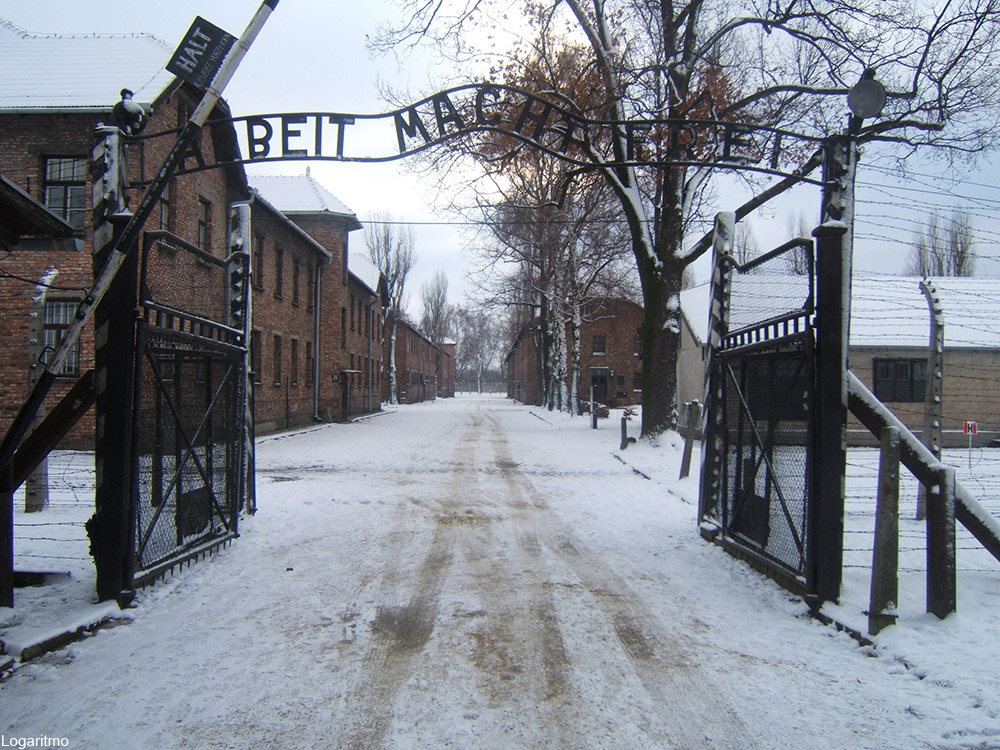 One of the entrances to Auschwitz bearing the phrase, “Arbeit macht frei” which translates to “Work Makes One Free”. Prisoners who were not immediately murdered were worked hard, starved, and often died of hypothermia, disease, or starvation. Via/ Wiki Commons

Between 1940 and 1944 at least 1.1 million people were killed at Auschwitz. As one of the cogs of the machinery of the Holocaust, concentration camps were part of the “Final Solution to the Jewish Question”- the Nazi program to systematically disenfranchise Jews across Europe first by seizing their property, then by using them as slave labor, and then finally by murdering anyone who did not serve a purpose for them.

Auschwitz, located in Oswiecim, Poland, was actually an old army barracks that was converted to hold prisoners and later added on to for the purpose of imprisoning and killing Jews in large numbers. At the height of extermination the camp consisted of 40 buildings, including a rubber and chemical factory as well as other production buildings. 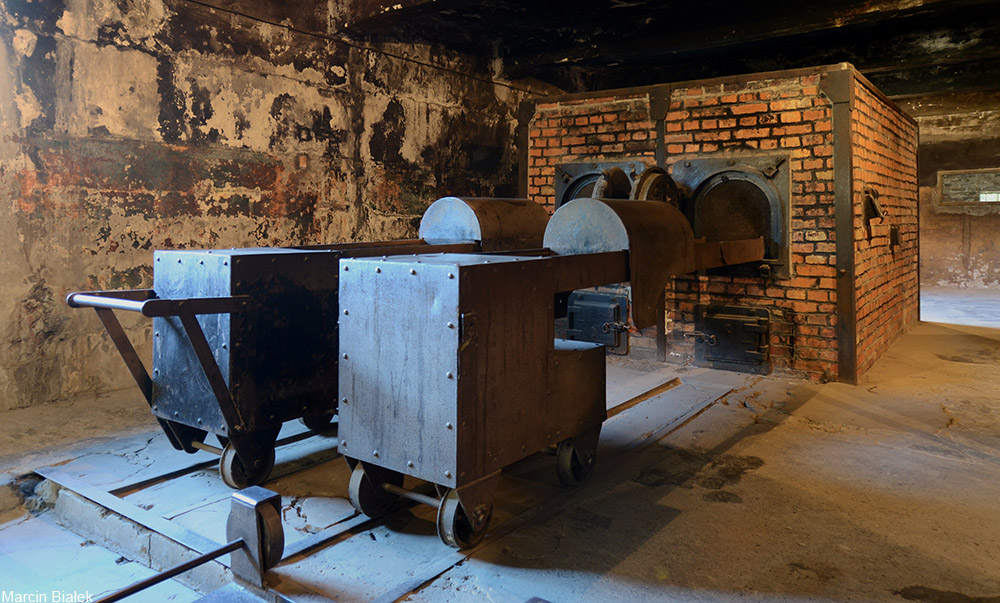 Recreation of a crematory at Auschwitz. Some of the crematories were dismantled towards the end of the war in an attempt to conceal the murders. Via/ Wiki Commons

While some prisoners were given work duties or even authority over other inmates, many were killed soon after their arrival at the camp. More than 865,000 people were sent to the gas chambers and then cremated as soon as they were transported to the camp. Piles of shoes, coats, glasses, and rings were collected from the many murdered- creating a visual display symbolizing the lost lives. These murders were then concealed by incineration. Men, women, and children were all subject to be exterminated upon arrival. Around 230,000 children were sent to Auschwitz.

A harrowing revelation from the Auschwitz-Birkenau Memorial and Museum shows that some mothers at the camp sought to memorialize their children before death. Inside a small leather shoe researchers have found documentation on a Jewish boy of only 6 years in age, Amos Steinberg. His mother wanted someone to remember his name, even in death. 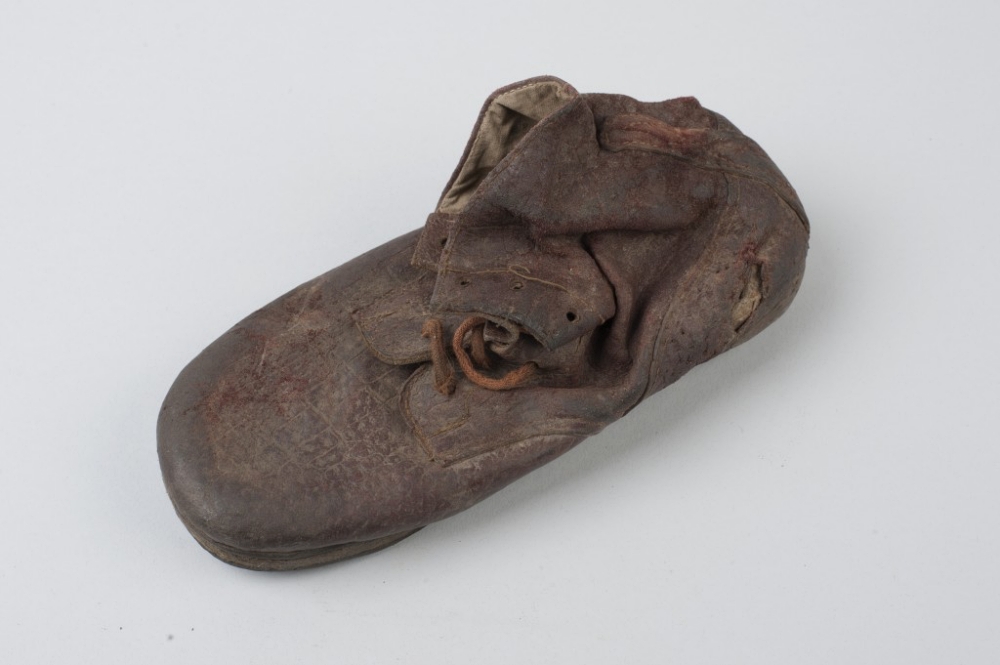 Realizing what their fates would likely be Ida Steinberg placed inside her son’s shoe a written record of who wore the shoes.

Hanna Kubik from the Museum Collections issued a statement about the family, “From surviving documents, it follows that the mother and her son were deported to Auschwitz in the same transport on 4 October 1944. It is likely that they were both murdered in the gas chamber after selection. We may presume that she was most likely the one who ensured that her child’s shoe was signed. The father was deported in another transport. We know that he was transferred from Auschwitz to Dachau on 10 October 1944. He was liberated in the Kaufering sub-camp.”

The family had spent two years incarcerated in the Theresienstadt Ghetto near Prague before being sent to the death camps. 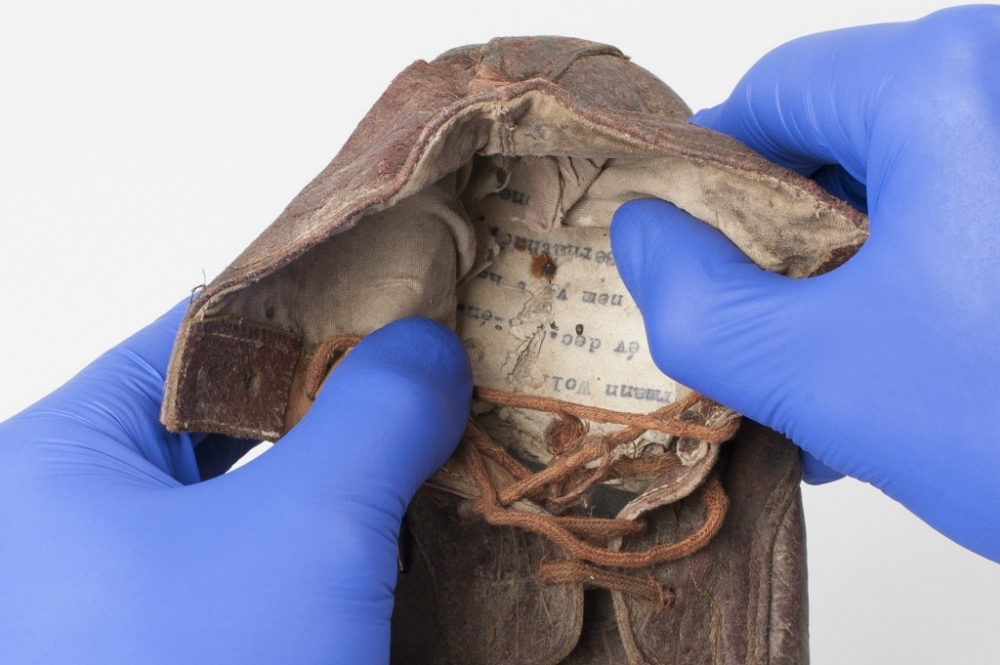 The Steinbergs were not the only family to see the awful fate that lay before them and try to remedy their children’s legacies. Inside of children’s shoes museum staff have found fragments of official papers, letters, and even torn bits of pamphlets- anything that could help identify who these children were after their untimely deaths. 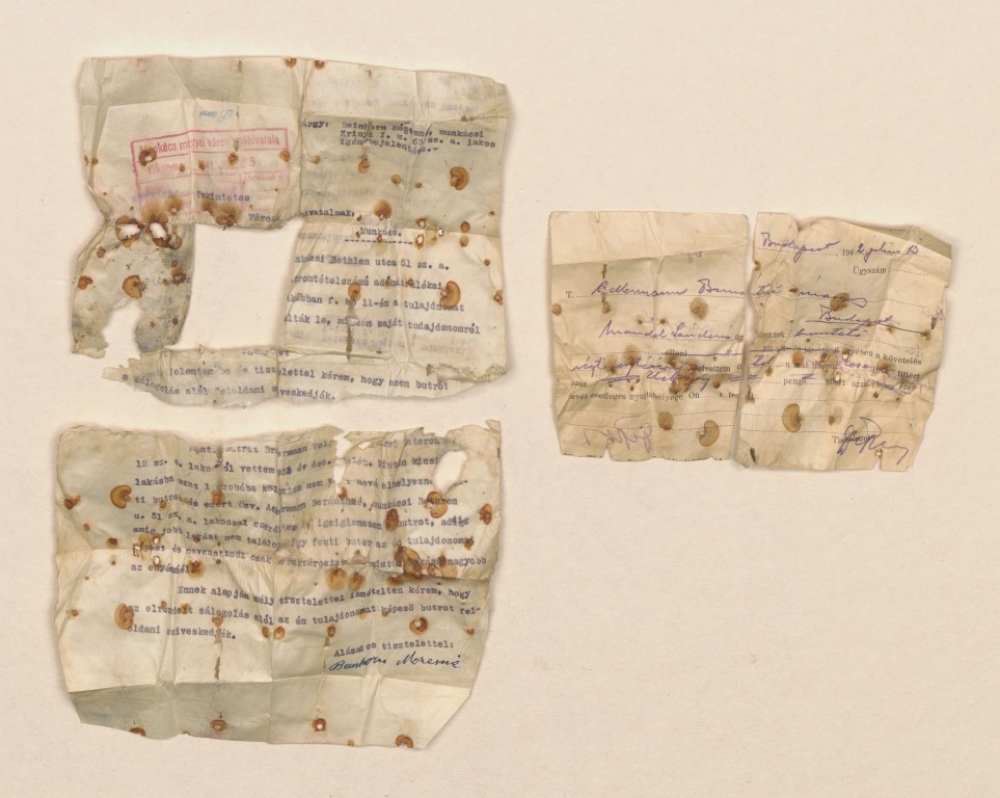 It is at once tragic and touching that these families, faced with their own deaths, had the forethought to preserve a small portion of their children’s identities. The thoughtful parents tried their best to make sure their children were remembered- even in the face of the dehumanizing actions of the Nazis.