The Fascinating, Tragic Dancing Plague of 1518 That Killed 400 People

In July of 1518, in the town of Strasbourg, Alsace (then part of the Holy Roman Empire), a strange incident occurred. A woman named Frau Troffer began dancing in the street, with an agonized look on her face. People didn’t think much of it at first, but the dancing continued for six days straight. By week’s end, 34 others had joined Troffer, dancing aimlessly in the streets day and night. Within a month there was said to be around 400 dancers in total, some of which danced themselves to death. In fact, one report claims up to 15 people per day died as a result of the prolonged dancing (most likely due to a heart attack or a stroke). What was causing this strange behavior?

At the time, physicians believed the dancing plague was caused by “hot blood.” The cure these doctors suggested, believe it or not, was more dancing. In fact a stage was constructed, and town authorities hired musicians to play in order to keep the afflicted dancing. The dancing continued throughout the summer, with the death toll rising, until the remaining dancers were taken to a mountaintop shrine to pray. 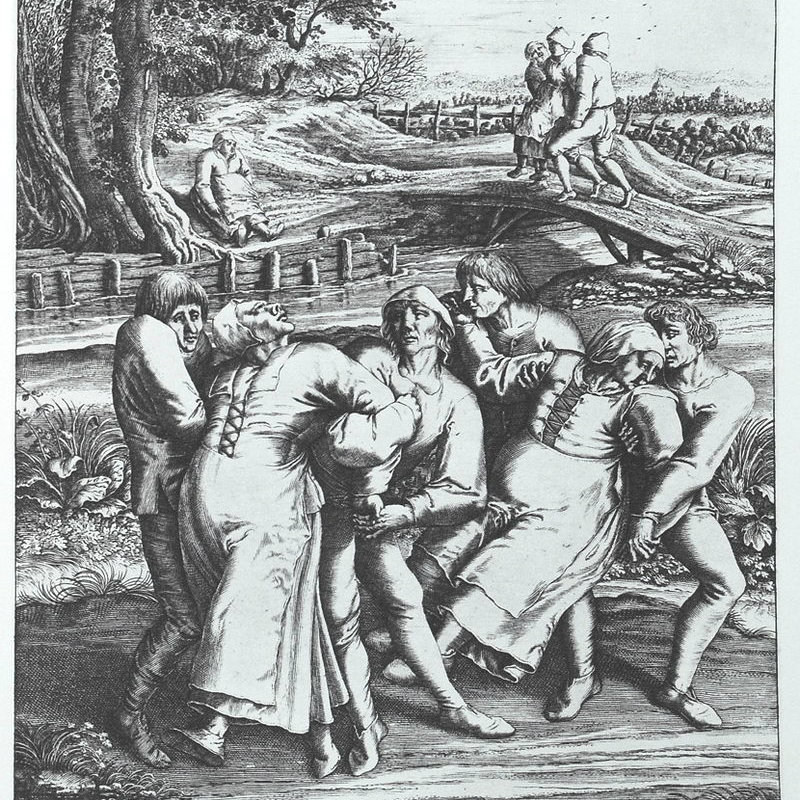 Modern theories suggest the cause for this mania was a mixture of hard times and a superstitious population. At the time, disease and famine were running rampant in Strasbourg. Historian John Waller points out that many pious Europeans in the 16th century believed that St. Vitus, a Catholic saint, had the power to curse people with the dancing plague. When combined with the struggles of every day life, Waller suggests the people may have suffered from a stress-inducted hysteria.

Other theories suggest the dancers were part of a religious cult, while one popular theory points the finger at ingested ergot — a toxic mold found on rye that produces hallucinations and spasms. While we’ll never know for sure what caused the mysterious dancing plague of 1518, Waller’s theory seems to be the most plausible. 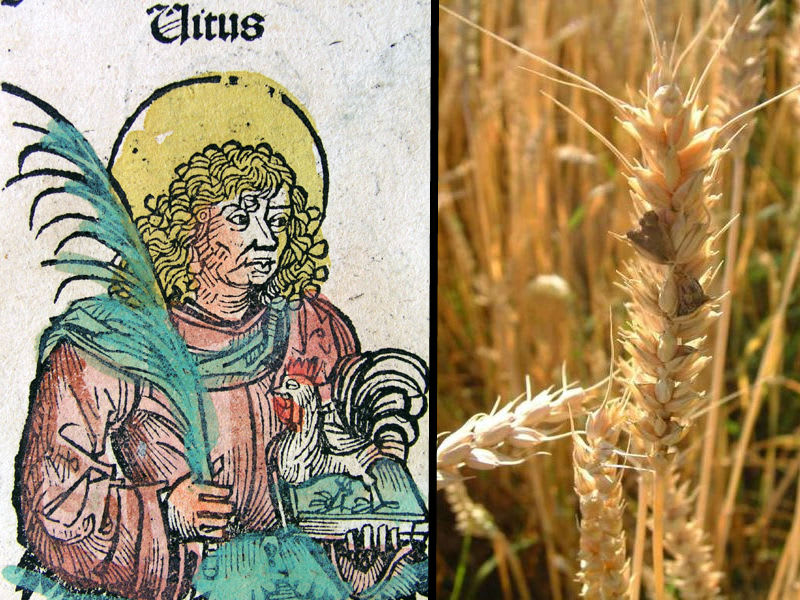 Looking for more strange history? Check out this story about 1816: The Year Without A Summer.