The First Submarine To Ever Sink A Ship: The Mystery Behind The Hunley

On Feb. 17, 1864, the H.L. Hunley was the first submarine in history to sink an enemy ship in a combat situation. Lt. George Dixon commanded the 40-foot iron vessel as it moved towards the USS Housatonic, a U.S. Navy ship that was part of a fleet that blockaded Charleston Harbor. The Hunley was an invention borne out of desperation — the Confederates didn’t have a strong navy that could rival their enemy’s, and Southern cities needed to receive fresh supplies from European backers. This desperation led to a fateful encounter between ship and submarine that changed naval warfare forever. 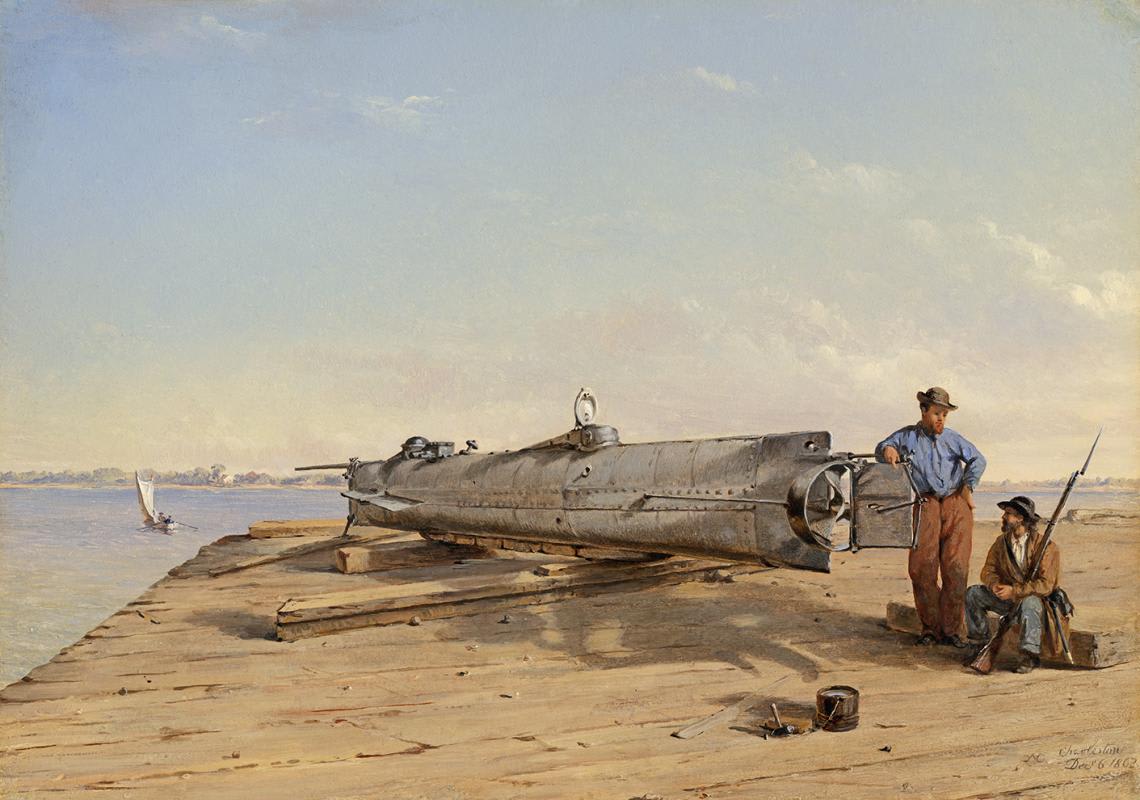 The Hunley was named for its inventor and benefactor, Horace Lawson Hunley. The marine engineer constructed the submarine out of a cylindrical steam boiler made of iron. It was 40 feet long, had a tapered bow and stern for better hydrodynamics, and housed a crew of eight. The ship underwent initial testing and trials in the Mobile River in Mobile, Alabama, after its construction in July 1863. The Confederates then transported the submarine by rail to Charleston in mid-August 1863.

Once in Charleston, the Hunley underwent more tests. One training cruise ended in tragedy on Aug. 29, 1863, when an officer accidentally caused the ship to dive when the hatches were still open. Five of the nine crew members on board died. Another training accident two months later claimed the lives of all people on the submarine, including Hunley himself. Both times the Confederates raised the submarine in preparation for real battle. 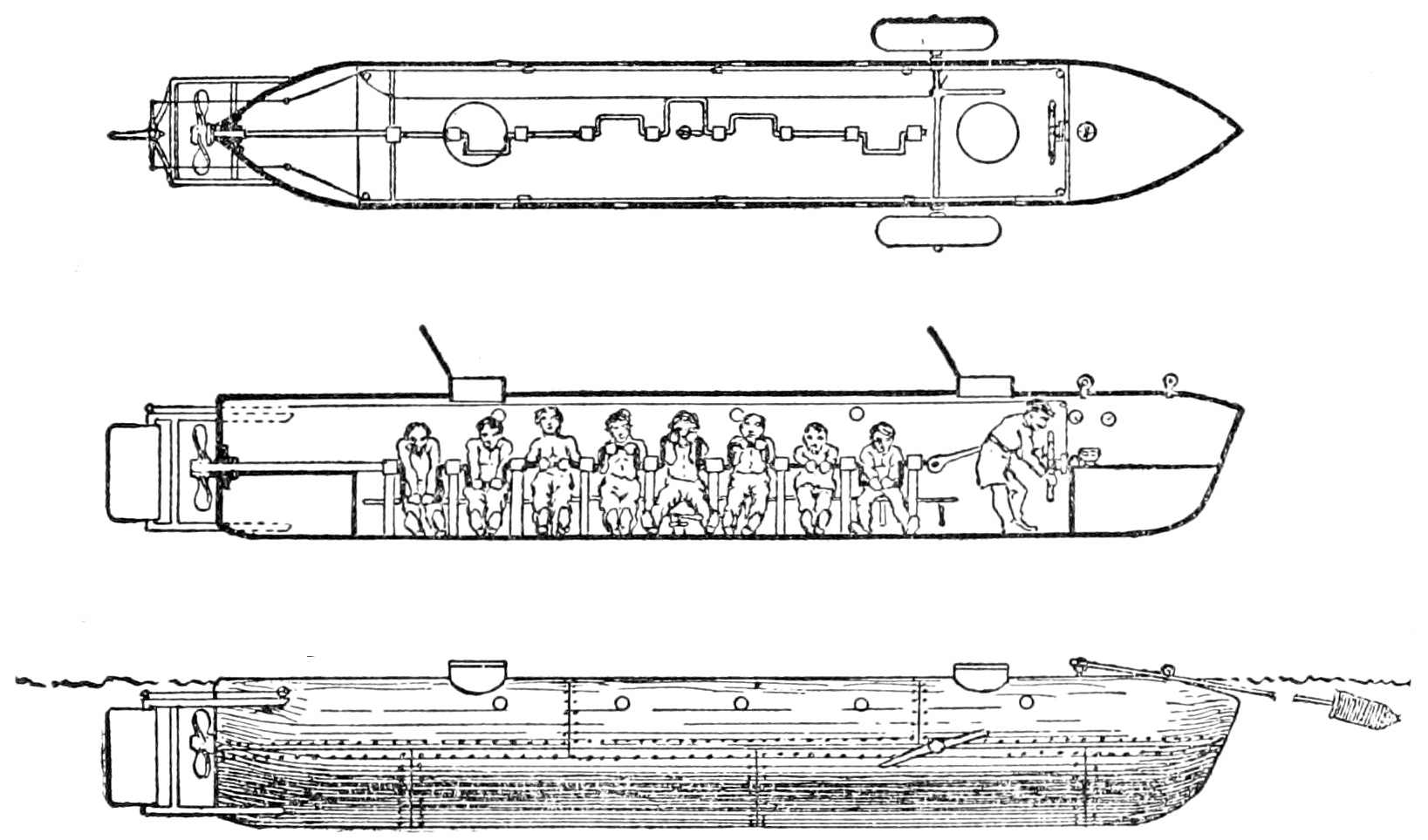 Despite 13 casualties within two months, Dixon and seven volunteers boarded the submarine on the night of Feb. 17, 1864, to try to sink ships in Charleston harbor. The crew used hand-cranks to drive the Hunley’s propeller. Due to previous accidents, Confederate commanders ordered that the submarine remain on the surface of the water for safety reasons.

By the time the USS Housatonic’s crew saw the submarine on the surface of the water silently gliding towards the ship, it was too close to fire cannons at it. A 16-foot-long prod at the bow of the Hunley, loaded with 135 pounds of gunpowder, struck the Housatonic’s magazine deck and the Housatonic took on water very quickly after the explosion. The ship sank within minutes, killing five crew while 150 men made it to lifeboats in time. The Hunley also went down, with all hands, never to be seen again until 1995. 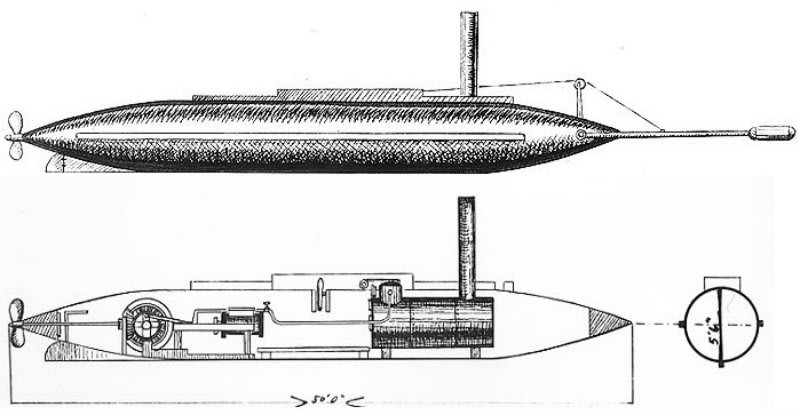 Mystery of the Hunley’s Sinking

How and why the submarine sank is still a mystery), although several theories abound. When investigators found the Hunley in 1995, it was in 27 feet of water and buried by several feet of silt. The silt prevented oxygen from entering the submarine, which means everything inside was remarkably well-preserved. Historians raised the wreck in 2000 and immediately kept the submarine in a water tank to maintain its integrity.

What researchers found inside the submersible is incredible. The bodies of all eight men were still at their duty stations, which may indicate that the Hunley was rocked by the explosion of its own torpedo. The men might have been knocked unconscious since no effort was made to reach the escape hatch. However, forensic pathologists found no evidence of concussions among the crew.

Another theory is that a second U.S. Navy ship engaged the Hunley and sank it. Upon examination of the wreck, researchers found an unsealed forward hatch. Once the submarine started to go down, perhaps the brave men were resigned to their fates and they didn’t bother trying to escape. Another theory includes some of the bullets from men on the Housatonic found their marks and created holes in the iron casing. 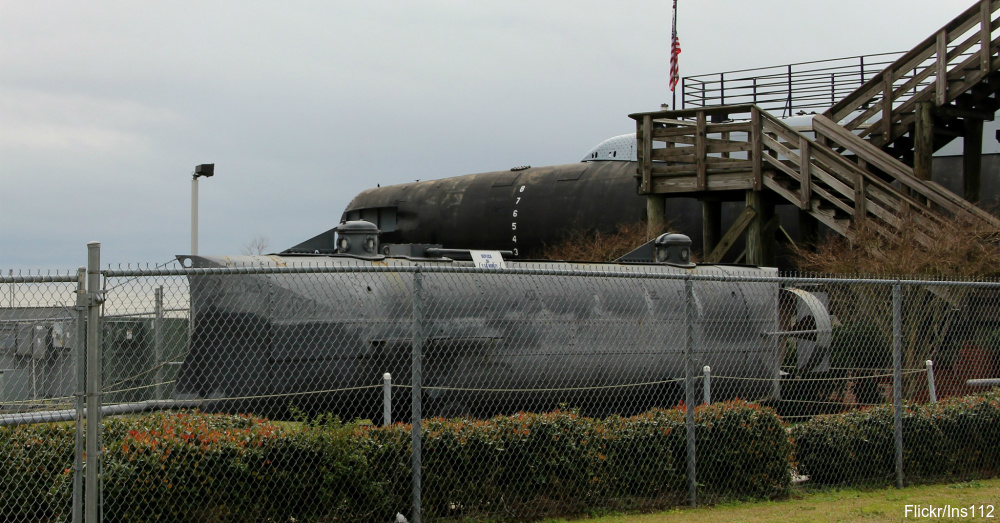 The Hunley’s Place in History

The Hunley became the first submarine to sink a ship as part of a naval battle, which makes the artifact’s recovery a very important piece of world history. Despite raising the Hunley in 2000, researchers still have a lot of work to do to uncover the full story of the wreck. It wasn’t until 2016 that preservationists announced they had removed more than half a ton of encrustations from the hull. The interior of the sub must be cleaned so preservationists can prepare for more work.

A permanent museum has yet to be built, but the group Friends of the Hunley hope to have a building by 2020 so artifacts, such as a gold coin, wallet, bandana and watch, can be displayed as a reminder of the human toll of war. Only one of eight crew members has been identified, and that was through genetic testing. Genealogists have their work cut out for them to try to identify the seven other crew members.

No matter what researchers find, every little bit of new information pieces together the story of the Hunley. Historians may never discover the complete puzzle, but the Hunley’s place in history may never be forgotten. Read about this other fascinating Civil War submarine and how it ended up in Panama 137 years after it launched.