There’s Gold In Them There Waters! How Salvage Divers Recovered $4.5 Million In Rare Coins

Florida treasure hunters literally struck gold more than once in 2015, but William Bartlett’s discovery represents the find of a lifetime. Bartlett and his crew of divers found nine rare Spanish coins known as Royals, but that’s just the beginning of this extraordinary treasure-hunting tale. 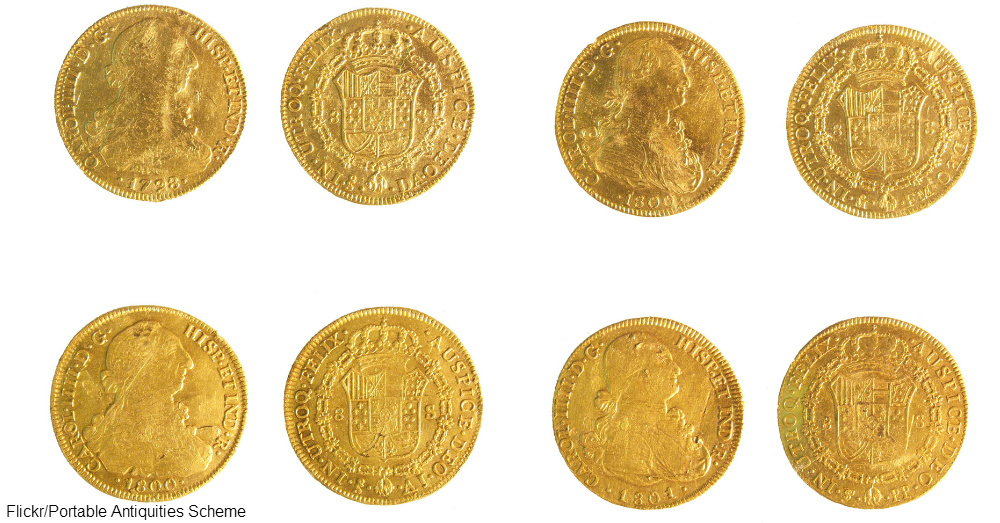 Value of the Haul

Bartlett’s crew, working as contractors for 1715 Fleet — Queens Jewels LLC, found a total of $4.5 million in gold coins off the Florida coast in late July 2015. Each of the nine Royals has a price tag of $300,000, says USA Today. The Royals were specially made for Spain’s King Philip V, and only 20 such specimens were known to exist before the nine Royals were found in this dive operation. In all, the crew salvaged 350 coins.

How the Crew Found These Coins

Bartlett remarked to the New York Post that the gold appears as if it “fell into the water yesterday.” That means divers found the gold in relatively pristine condition underneath the silt. The crew cleared away large amounts of dirt and mud using a boat propeller.

Amazingly, this haul was found in just 6 feet of water near Vero Beach as the divers chose this location for its proximity to a previous galleon. The find is part of a fleet that sank July 30, 1715, in a hurricane. The Spanish ships were transporting up to 120 tons of gold and silver from Cuba to Spain when they went down, killing about 1,000 people. The original fleet carried 14 million pesos, or $400 million in today’s money, worth of gold and silver. Unfortunately for the Spanish galleons, the hurricane scattered the wreckage up and down the Florida coast. 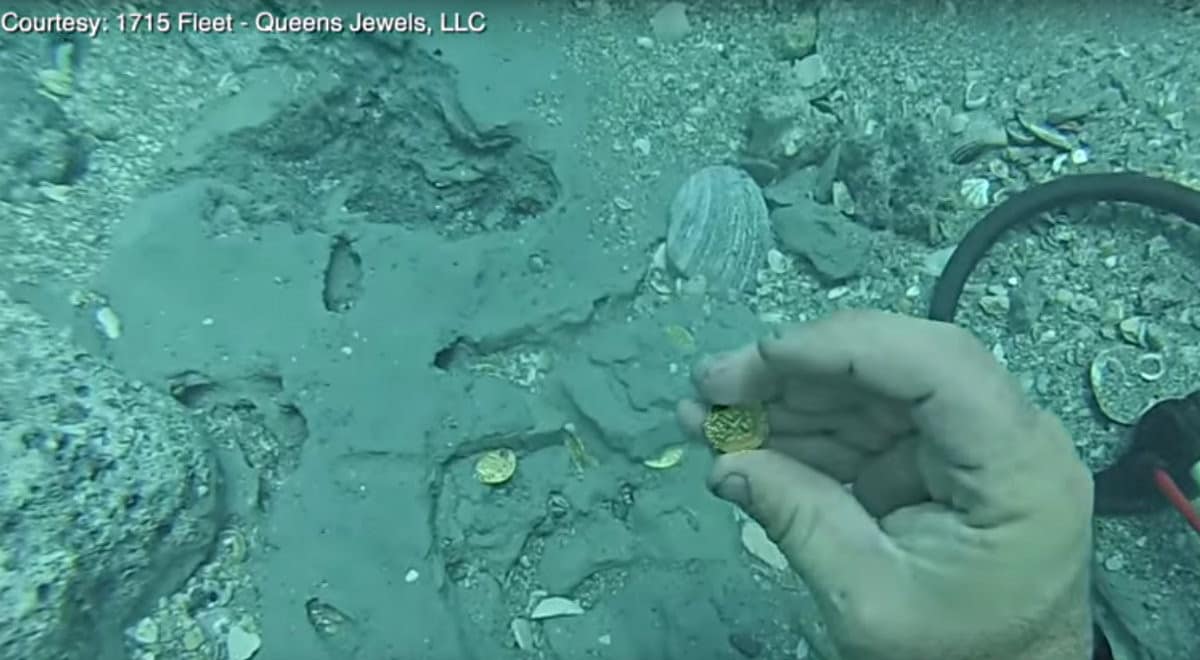 The Story Behind the Wreck

The fleet of 10 Spanish and one French ship left Havana, Cuba, on July 24, 1715. Their intended destination was a port of call in Europe. History.com states the Spanish ships stayed close to the shore of eastern Florida somewhere between Cape Canaveral and Fort Pierce. A hurricane swept through the east coast of Florida on July 30, 1715, sinking each ship one by one. The French ship, which had sailed out to sea after leaving Havana, miraculously survived the storm with just a few casualties.

Spanish officials sent salvage ships to the wrecks in 1716, and as much as 80 percent of the treasure was recovered at that time. Divers in the 1960s brought up another large part of the valuable cargo off the coast of Florida. Bartlett’s dive crew found this $4.5 million haul 300 years to the day since the hurricane sank those 10 Spanish ships. Even after these huge finds, Brent Brisben, owner of 1715 Fleet — Queens Jewels LLC, estimates another $400 million of gold and silver awaits treasure hunters in the waters off Florida.

The $4.5 million catch from July 2015 came just one month after the Schmitt family salvaged $1 million of coins in mid-June 2015 off the waters of Fort Pierce. Those divers also worked in cooperation with Brisben’s company, the sole owner of any treasure found in Florida’s underwater realm. No one can enter treasure-hunting sites without the permission of the salvage company. The firm works closely with the state of Florida to ascertain the value, location and catalog of any former Spanish gold found in the state.

If a diver finds any treasure in the ocean off Florida’s coast, the state owns 20 percent of the discovery. The U.S. District Court of Florida then divides the salvaged items among Brisben’s company and the divers who physically located the precious metals. Unlike coins found on a beach that anyone can keep, it is illegal to take gold from underneath the water without notifying the proper authorities first. This extreme form of coin collecting continues for these lucky divers so long as the lure of sunken treasure exists.

Surprisingly, Bartlett’s job as a diver is just a hobby as he’s a kitchen remodeler by trade. You can see the actual footage of Bartlett’s discovery in the following clip from the New York Daily News. What a find!

Goldie’s Granddaughter Is A Fun-Loving Look Alike To Her “GoGo”: Click “Next Page” below!