17th Century Silk Dress Found In A Most Unlikely Place

Among the fascinating objects found by divers in an underwater chest partly covered by sand is a well-preserved silk dress that was probably worn by an English noblewoman. The chest was discovered in a shipwreck near Texel Island, which is just off the coast of the Netherlands. Because of the good condition the dress is in after being buried for around 400 years, experts consider the find extremely significant. The dress and other items are on display at the Kaap Skil Maritime and Beachcomber’s Museum in the Netherlands. 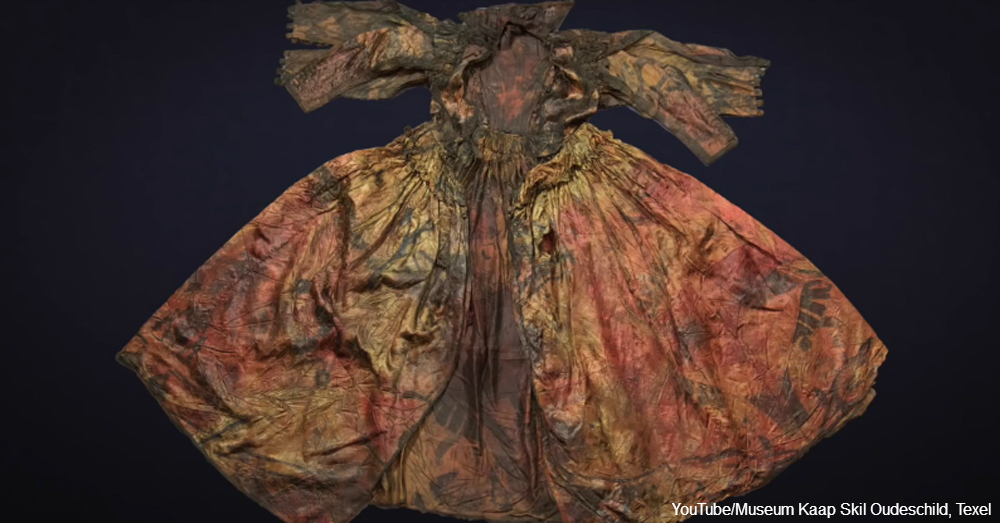 The flower-patterned dress is made of silk damask. It has ruffled sleeves and a high collar, but because it is not decorated with beads and fancy embroidery, experts speculate that it may have been used for everyday wear. Other items found in the wreck include a velvet purse, a wooden comb, knee socks, a pair of boots and undergarments. Divers also brought up metal objects, pomander balls, Italian pottery and spices. The coat of arms of King Charles I adorns a leather book cover found in the wreck, suggesting that royalty from the house of Stuart were on the ship.

British researchers revealed a letter disclosing that a ship on its way to Holland sank in 1642 at the site of the recent discovery. The ship carried the wife of Charles I, Queen Henrietta Maria, who was on a mission to raise money by pawning royal jewels. Historians speculate that the silk gown may have been owned by a member of the queen’s entourage, Jane Ker, Countess of Roxburghe, an advisor to the queen. 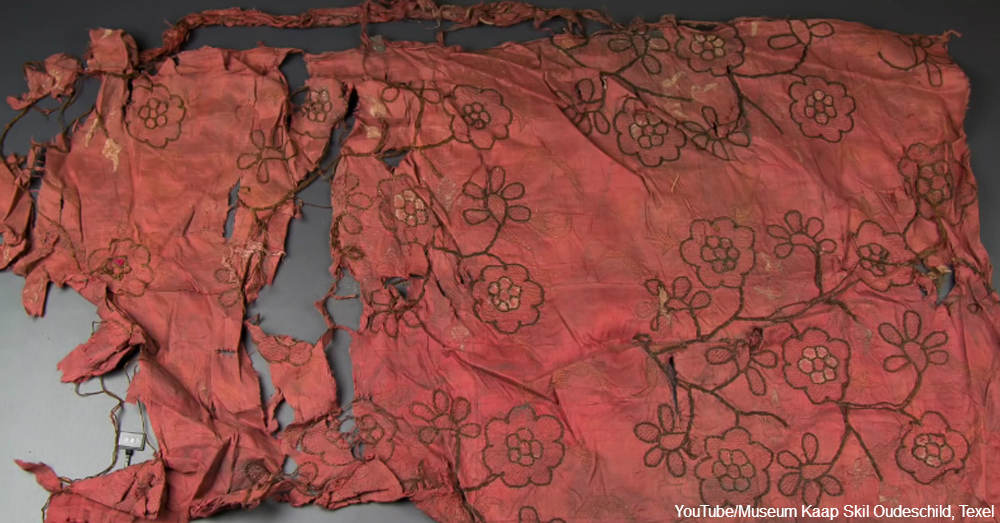 Numerous wrecks lie under the sand off the coast of the Netherlands, but Dutch divers generally do not disturb them until they are uncovered by ocean currents. Researchers consider the currents that uncovered this historical treasure trove to be fortuitous indeed. Read this article to learn of a remarkable discovery of an ancient Roman shipwreck containing 3,000 jars of fish sauce.