One of the most unique parks in the world lets visitors pay a fee, rent some digging tools and hunt for diamonds among a 37-acre plowed field. Even better, Crater of Diamonds State Park in Murfreesboro, Arkansas, lets everyone keep what they find. Some finds are so rare and exotic they can make people into millionaires after they spend a few hours at the eighth-largest diamond-bearing crater in the world. 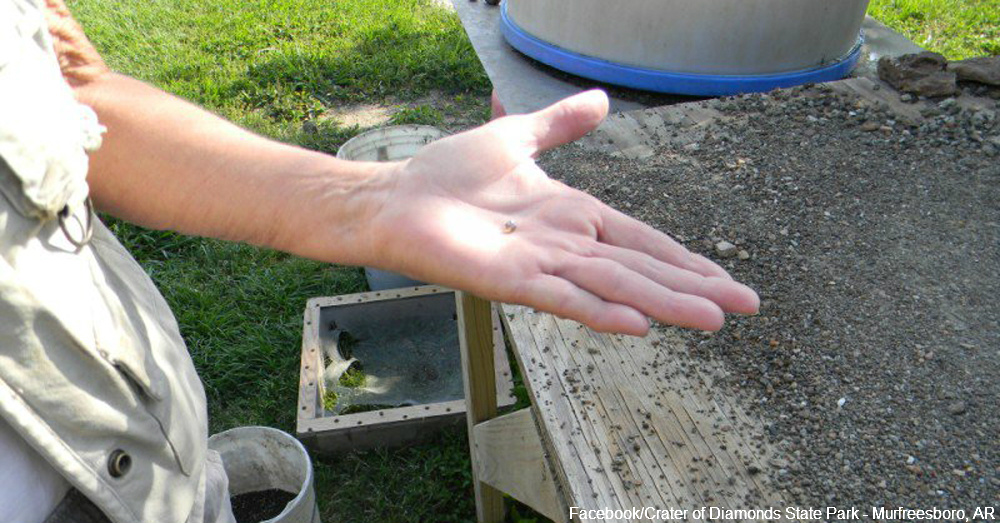 A few fantastic hauls occurred in 2015 among the 467 diamonds found on the site that year. Wet weather throughout 2015 turned up some good finds every few months. Dean Filppula of Shreveport, Louisiana, discovered a 2.01-carat yellow diamond in early February after a rainstorm. He called his find the “Merf Diamond” (because of his mother’s initials).

In September, Peggy Eaton of Carl Junction, Missouri, found a 2.29-carat white diamond on top of the ground, a gem she called the “Goblin Diamond” after the chips on the surface made it resemble a creature with two eyes and an open mouth.

Perhaps the most spectacular diamond discovered in 2015 happened on June 24. Bobby Oskarson, on vacation from Colorado, visited the park with her boyfriend. After spending 20 minutes digging, Oskarson found an extremely rare 8.52-carat white diamond that turned into big bucks. 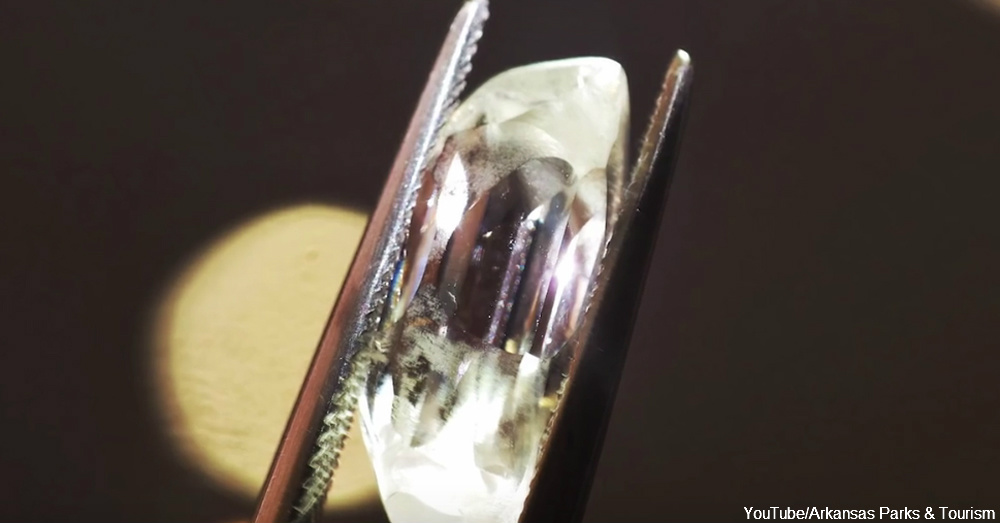 Oskarson called her jewel the “Esperanza Diamond” in honor of her niece and the Spanish word for “hope.” It was the third-largest diamond found since the park opened to the public in 1972. Black Starr & Frost turned part of the Esperanza Diamond into a flawless 4.6-carat piece worth $1 million. The company touts it as the most valuable diamond ever unearthed in the United States. The diamond cutters turned it, one of the purest diamonds found in America, into a 147-facet falling waterdrop shape that combines emerald and trapezoidal shapes. 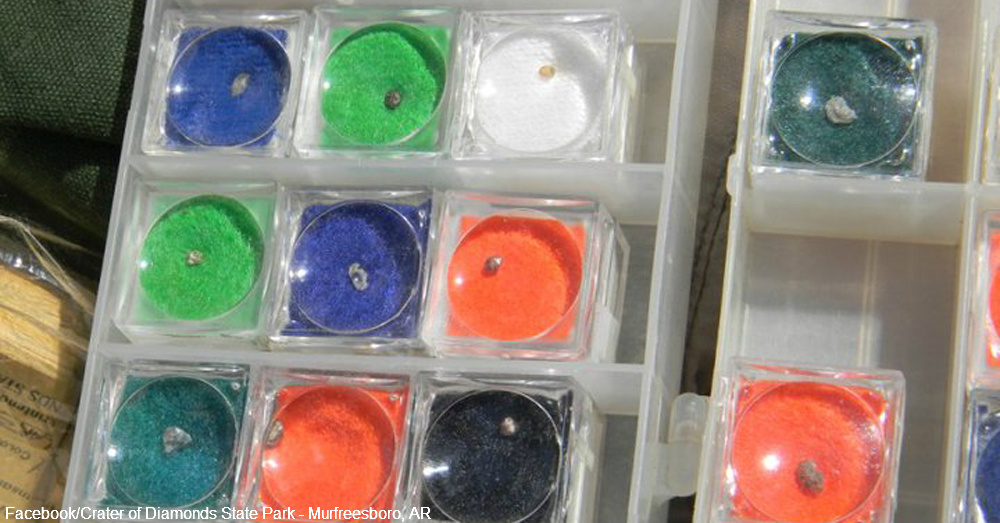 The largest piece to come out of Crater of Diamonds State Park so far was 40.23 carats. This gem was found in 1924. Its founder called the piece Uncle Sam, which was cut into a 12.42-carat emerald shape.Oskarson’s $8 admission price turned into something worth so much more with just a little effort. Her story is part of more than 75,000 diamonds found at the site since 1906. See what park rangers found leaning against a tree in Nevada’s Great Basin National Park.