Antique tables have consistently gained popularity among collectors over the years. For those hoping to transport their living room or reception area to an earlier era, a variety of antique designs are available in the market that can cater to all kinds of needs. What makes these tables exceptionally valuable are the dozens of hours spent on them by skilled artisans. They owe much of their desirability to the fact that they’re handmade. The following is a list of the most appealing varieties of antique tables in the market. 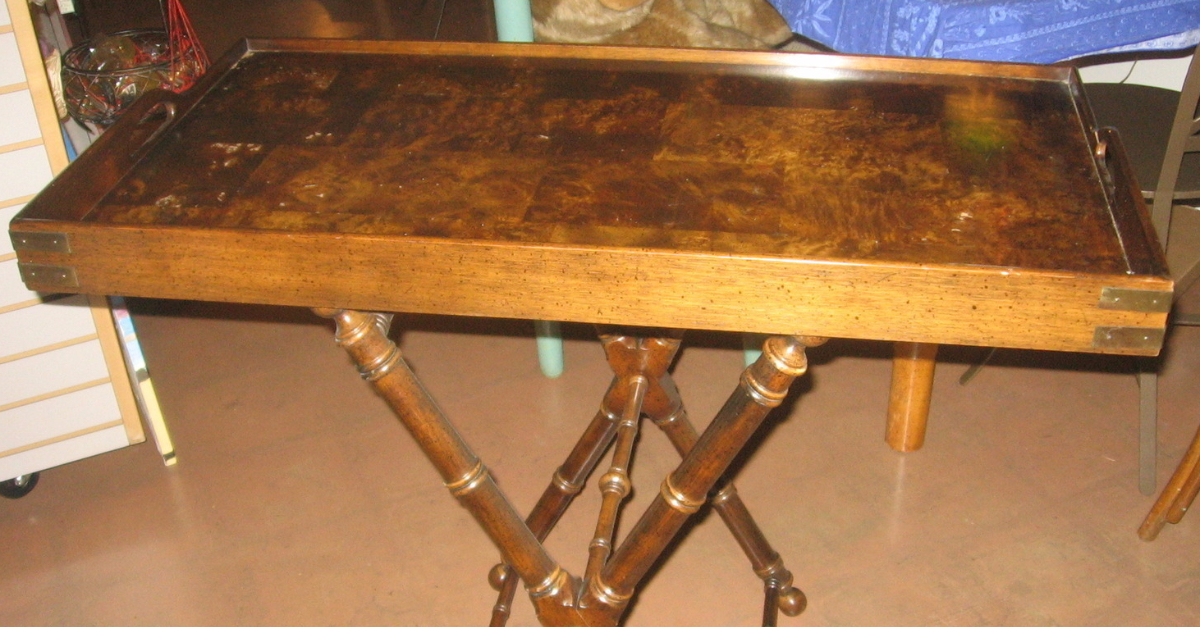 This kind of table originated in England in the 1700s. It can be distinctly recognized as a folding stand with a tray on top of it. According to About.com, the earliest variety of this table consisted of a couple of X-frames. Over the years, it also started coming with one X-frame joining four legs. 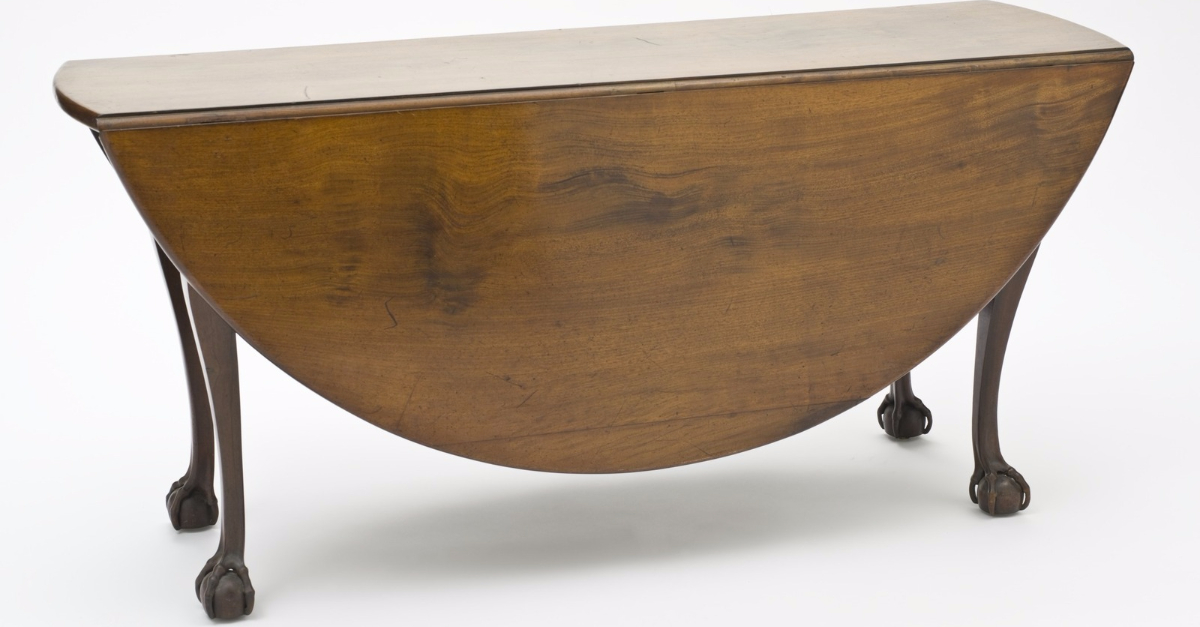 True to its name, this table consists of a couple of prominent braces that resemble wings. These swing out and support the drop leaves. According to eBay, this type of table originated in the United States during the late 1700s and early 1800s. 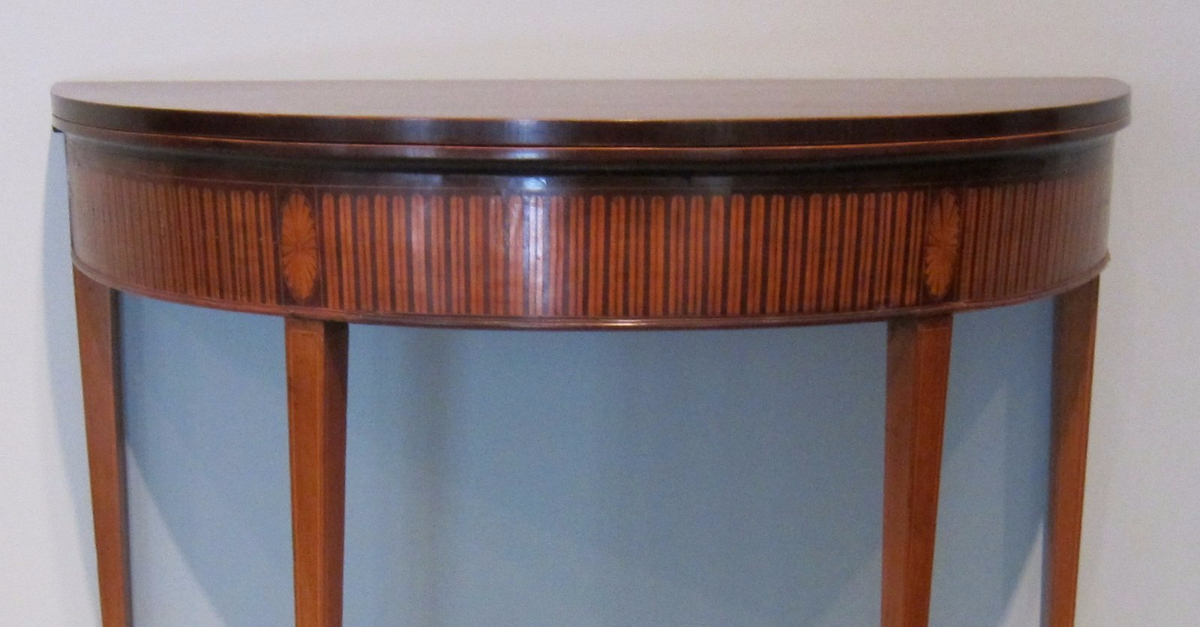 This is a dainty table with a semi-circular top, with the flat end going against a wall. It originated in France in the 1750s. 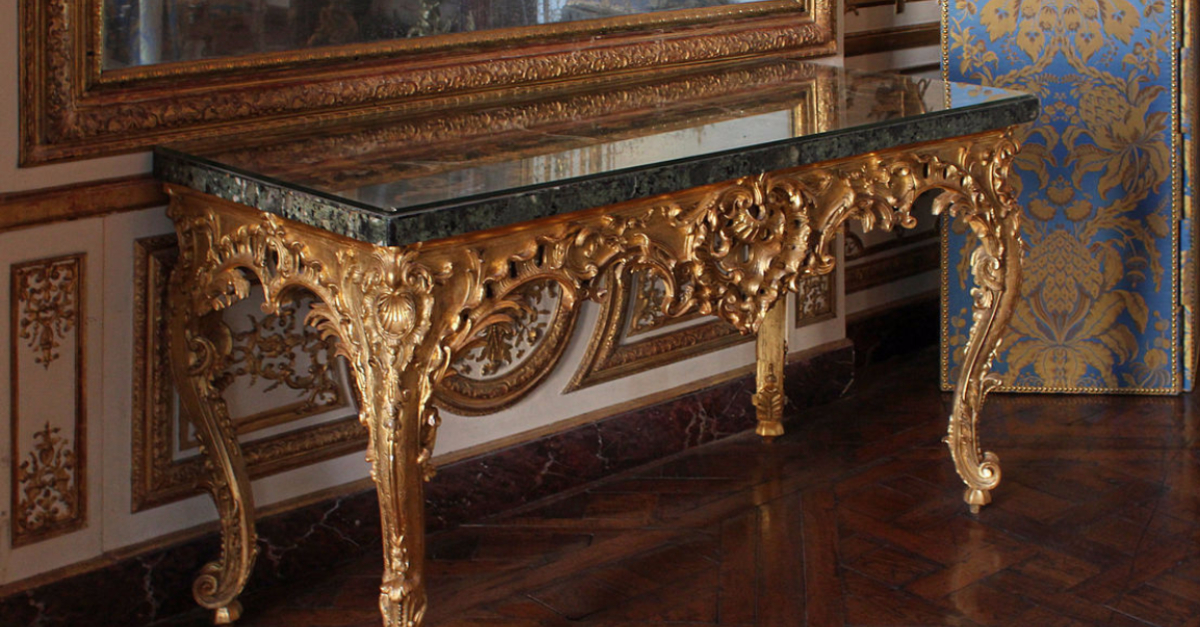 This is another table with a French origin. Developed in the 1600s, this has a long, slender body. Brackets attach two of its legs to the wall. Some varieties even consist of an undecorated side meant to go against a wall. 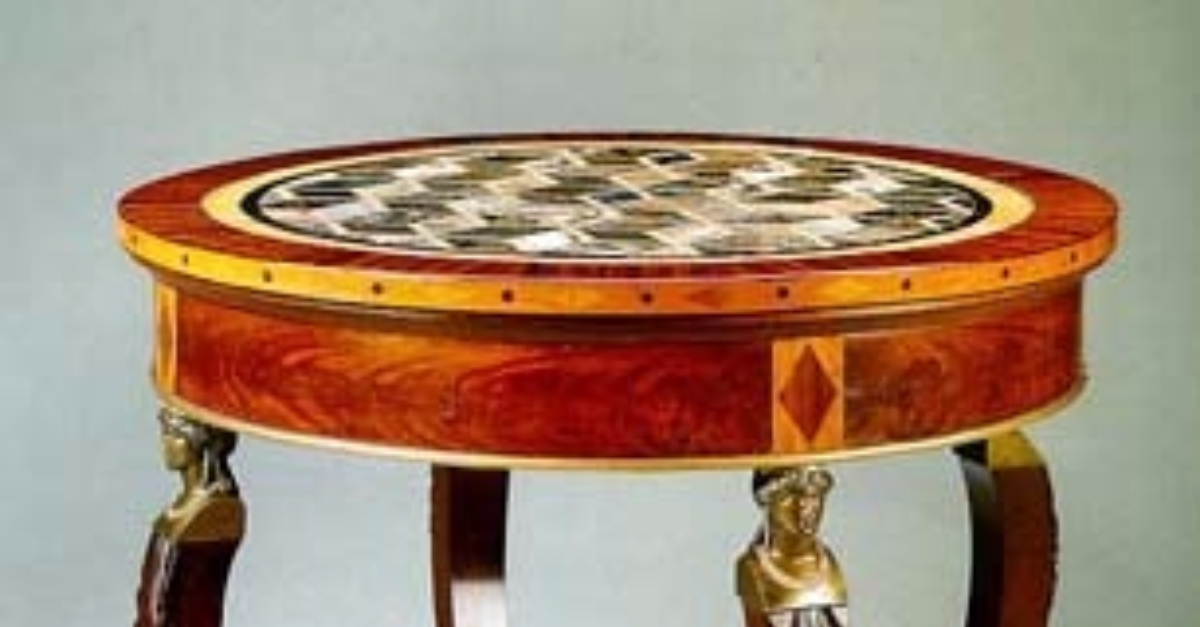 This circular design originated in the 1600s in both France and Italy. It is supported by a single column that rests on a pedestal. Some varieties have a tripod base. At the time, it was used solely for holding candles. 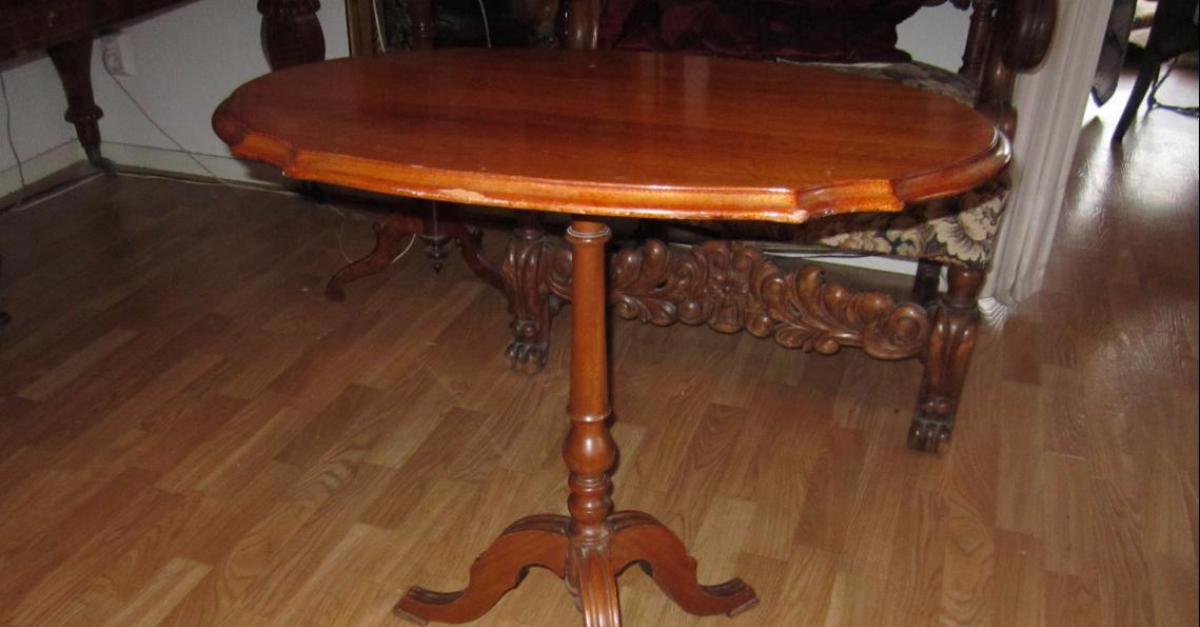 This table first made an appearance in the 1700s in England. It has a cylindrical column supporting an oval or round surface. Over the years, this design has maintained its popularity. 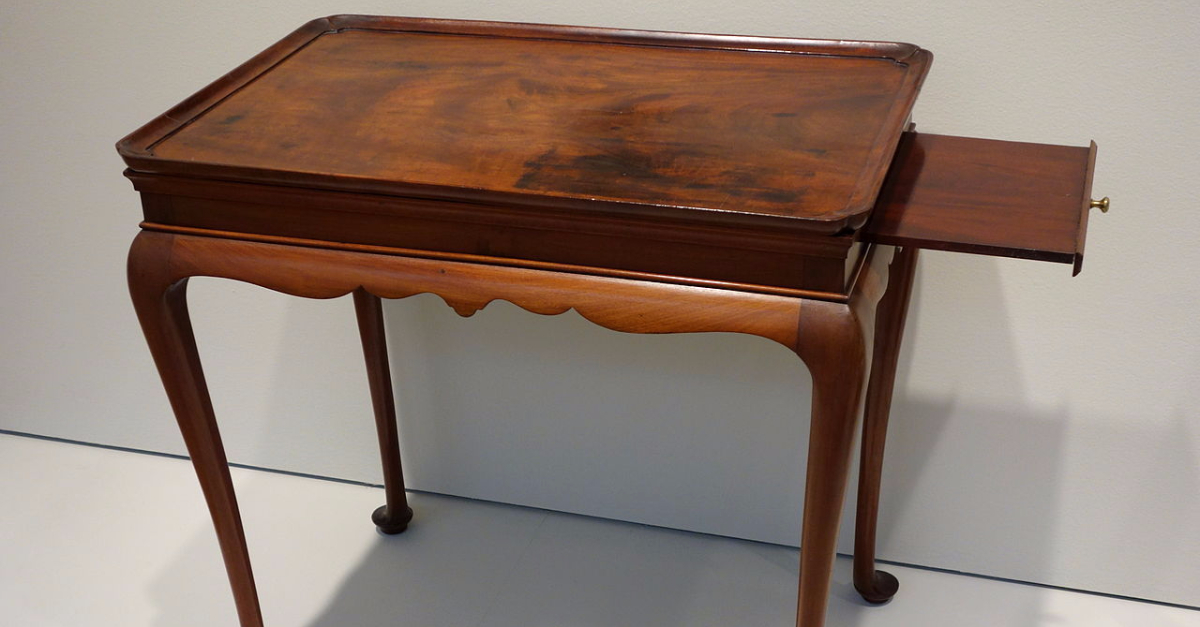 This is another table that originated in England in the 1700s. It is a compact table that has a rectangular or round top. Its distinctive feature is that it can be folded before being stored. As tea was a luxury in that era, this table only made appearances on special occasions. 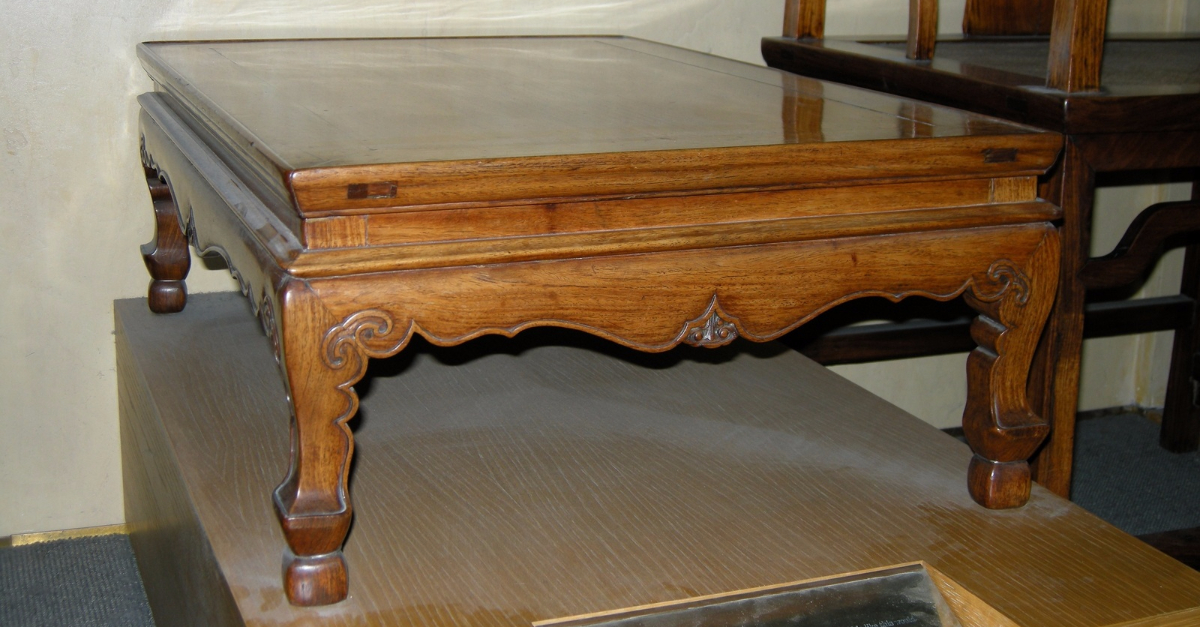 This long and rectangular table owes its origin to China. First appearing in the third century B.C., this design was usually crafted from a solitary piece of wood. It is recognized by its miniature legs. Variations of this table include designs with paw feet, claw feet and elephant trunk legs.