You’ve Heard Him Called the “Coke Santa” But Did They Really Invent Our Modern Santa?

The image of Santa as a jolly, round, ruddy character is indeed a very 20th century fixation. But, did Coca Cola really invent the red-velvet-clad figure that has become such a huge part of our holidays? Read on for the fascinating story of what the soft drink giant has done for character who is arguably the star of Christmas these days. 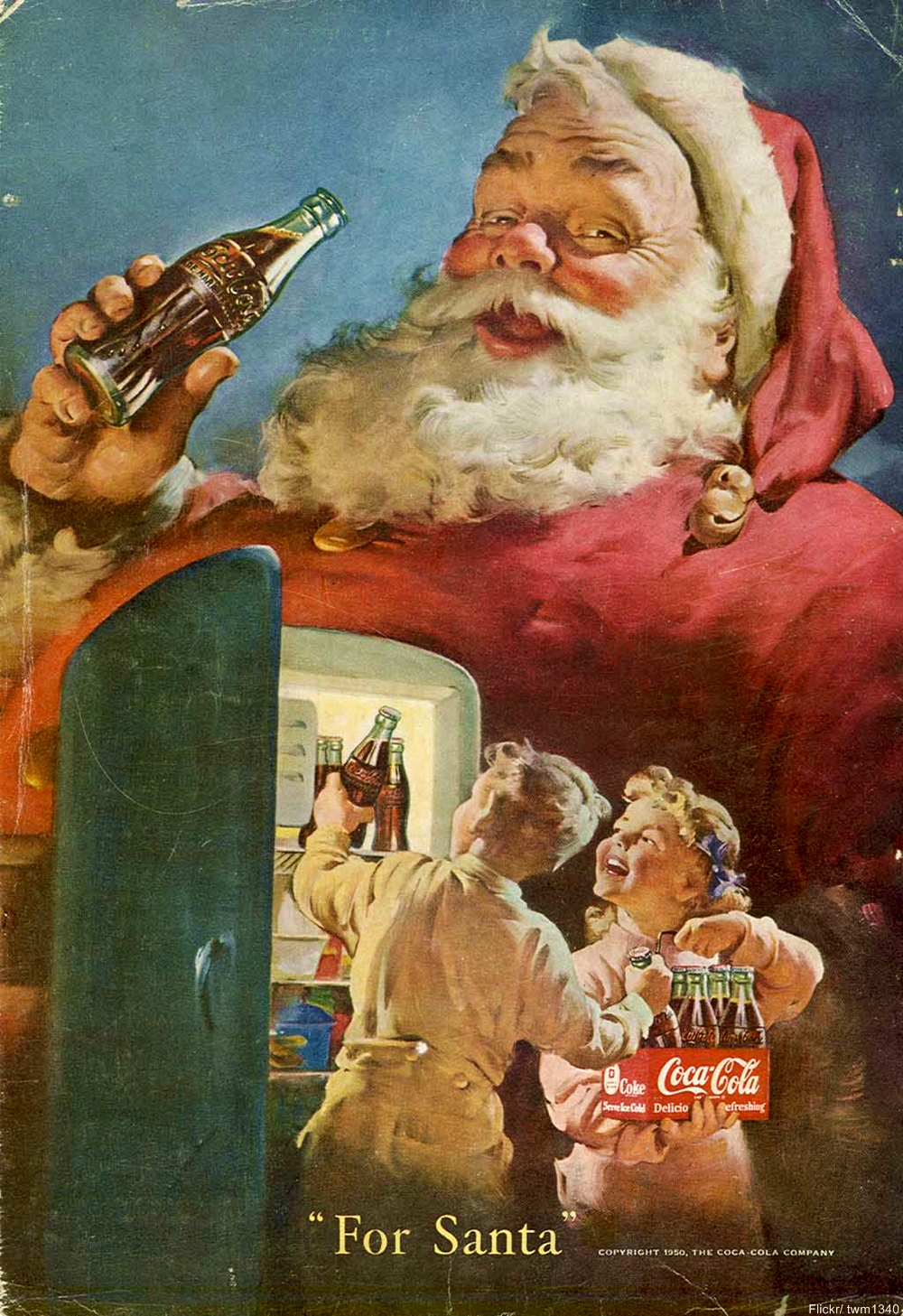 In previous centuries, Santa Claus’ relationship to St. Nick was much more pronounced. The evolution of St. Nick and what he represents has been a long process over many centuries and in many countries. Old World characters that helped St. Nick were Knecht Ruprecht and Krampus, much scarier than the happy little elves that we now think of as his cohorts. These two figures were depicted as stealing bad children and scaring even the good kids with their horns and bundles of whipping sticks. 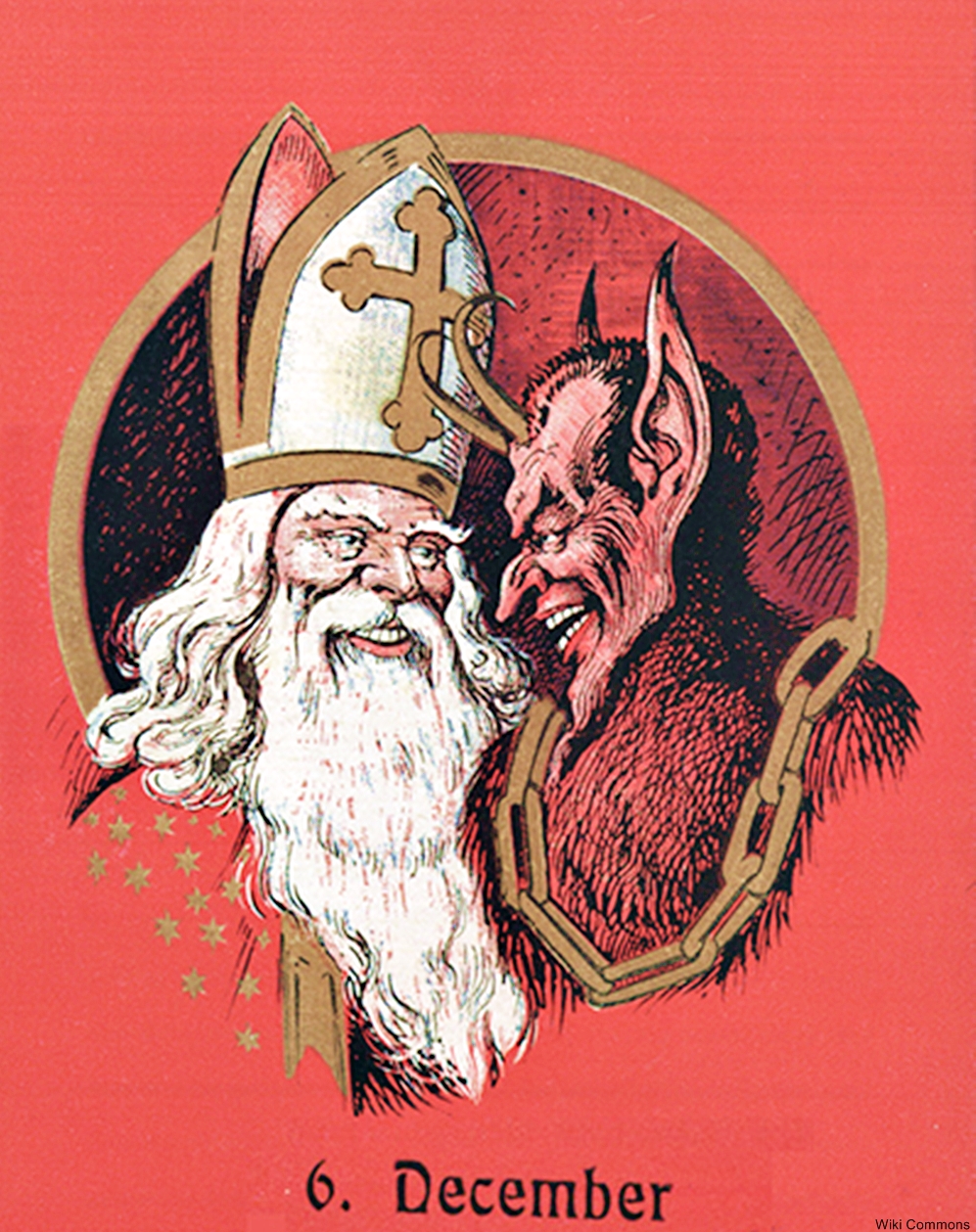 St. Nick and Krampus: totally in cahoots around the turn of the century. Via/ Wiki Commons

But, it wasn’t until modern media and marketing that Americans (and eventually the rest of the world) would come to know Santa as the chubby, magic man of Christmas- a secular figure that is often completely removed from his religious past in the Old World. 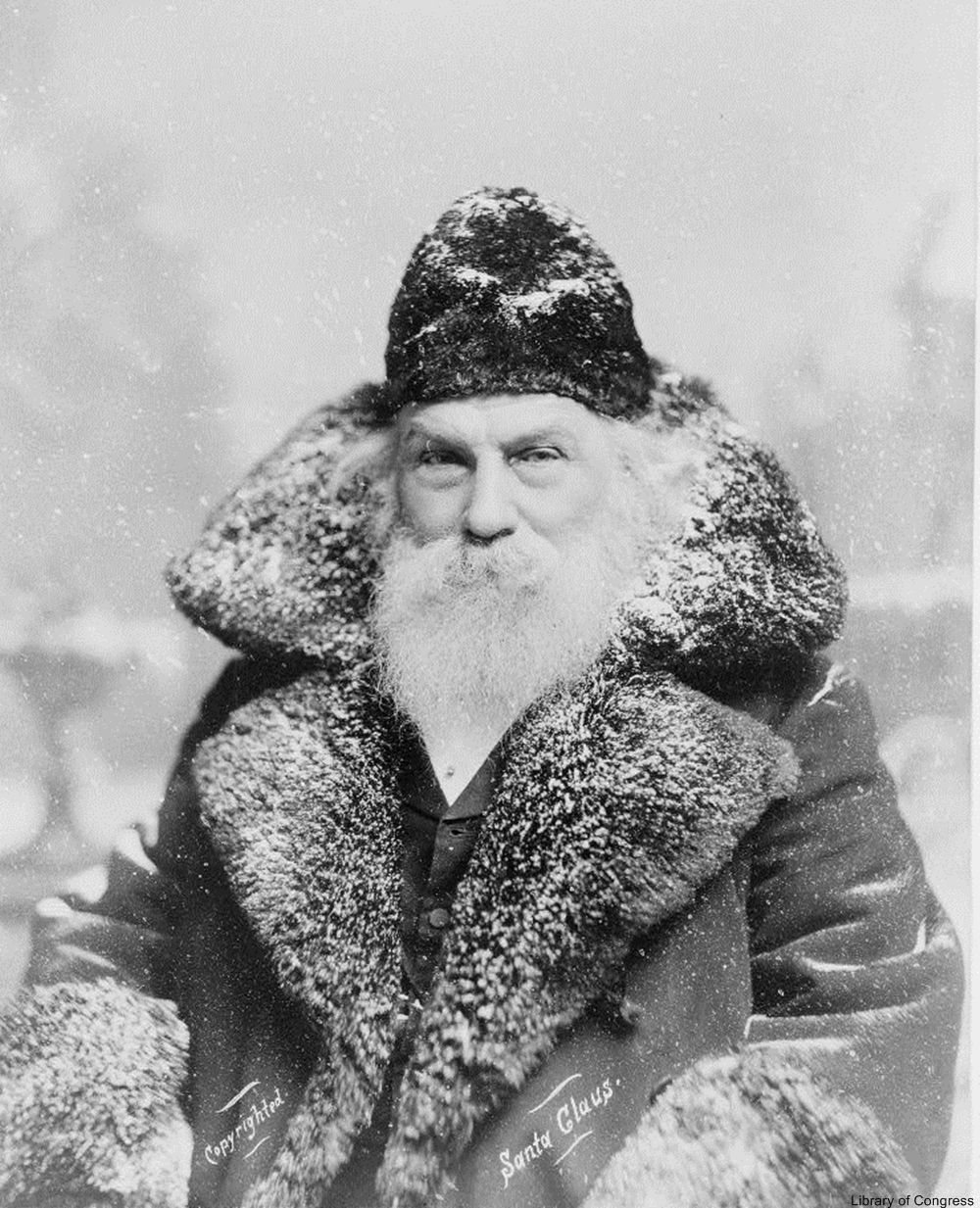 1890s Santa is quite somber. Via/ Library of Congress

Many folks assume that Coca Cola, with their original 1931 Santa by Haddon Sundblom, created the figure we most commonly associate with Christmas today. The truth is that examples which show a New World Santa were extant in the U.S. long before Coca Cola launched it’s now-iconic campaign and they lingered alongside images of Santa in a dark furs or long cloaks. 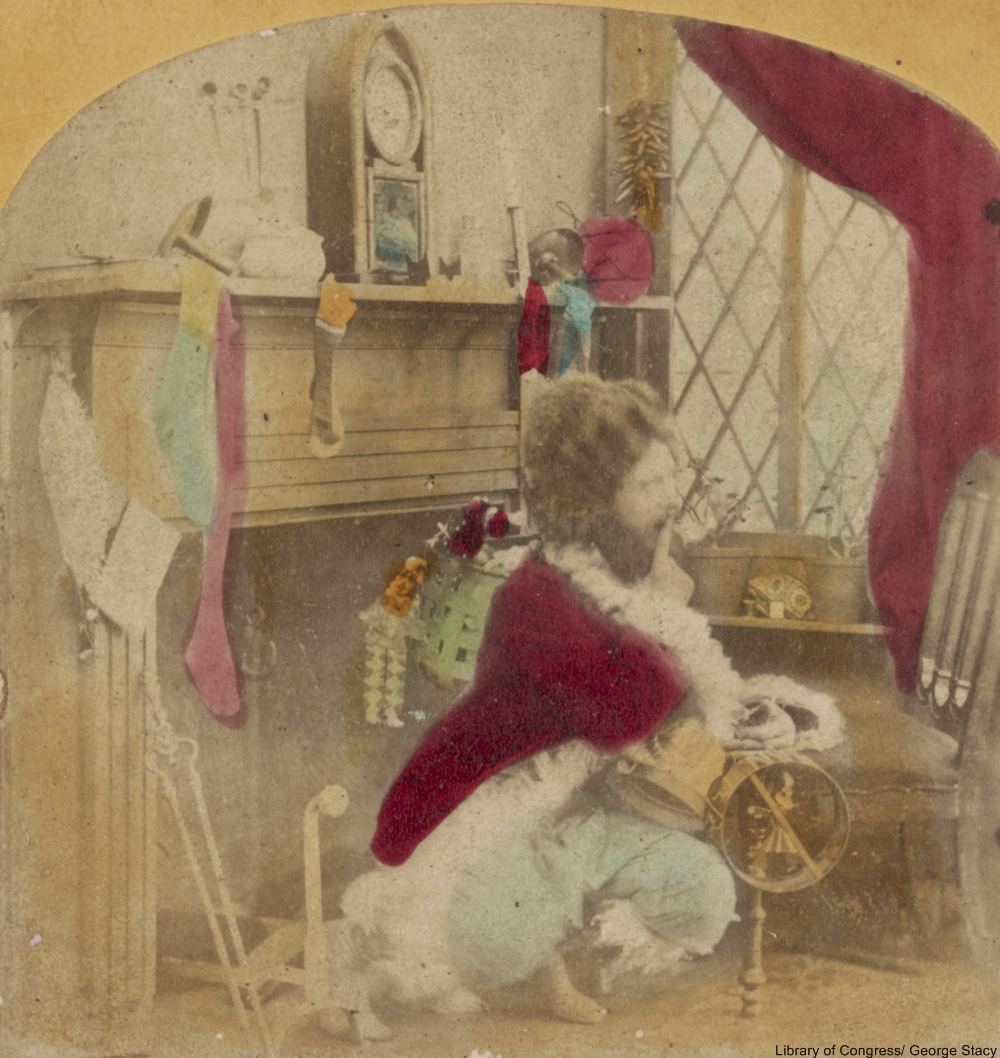 This 1860s Santa has a red coat, but seems more goofy than jolly. Via/ Library of Congress

Americans and marketing agencies were already moving towards a less-sinister and more jolly Santa by the time Coke did its thing. But, the brilliant strategy and artwork by Coca Cola did help to spread the idea of the “Coke Santa” far and wide and made his appeal more universal than it had ever been before. But, even Coca Cola has given credit for the red suit to famous cartoonist and publishing mogul Thomas Nast. 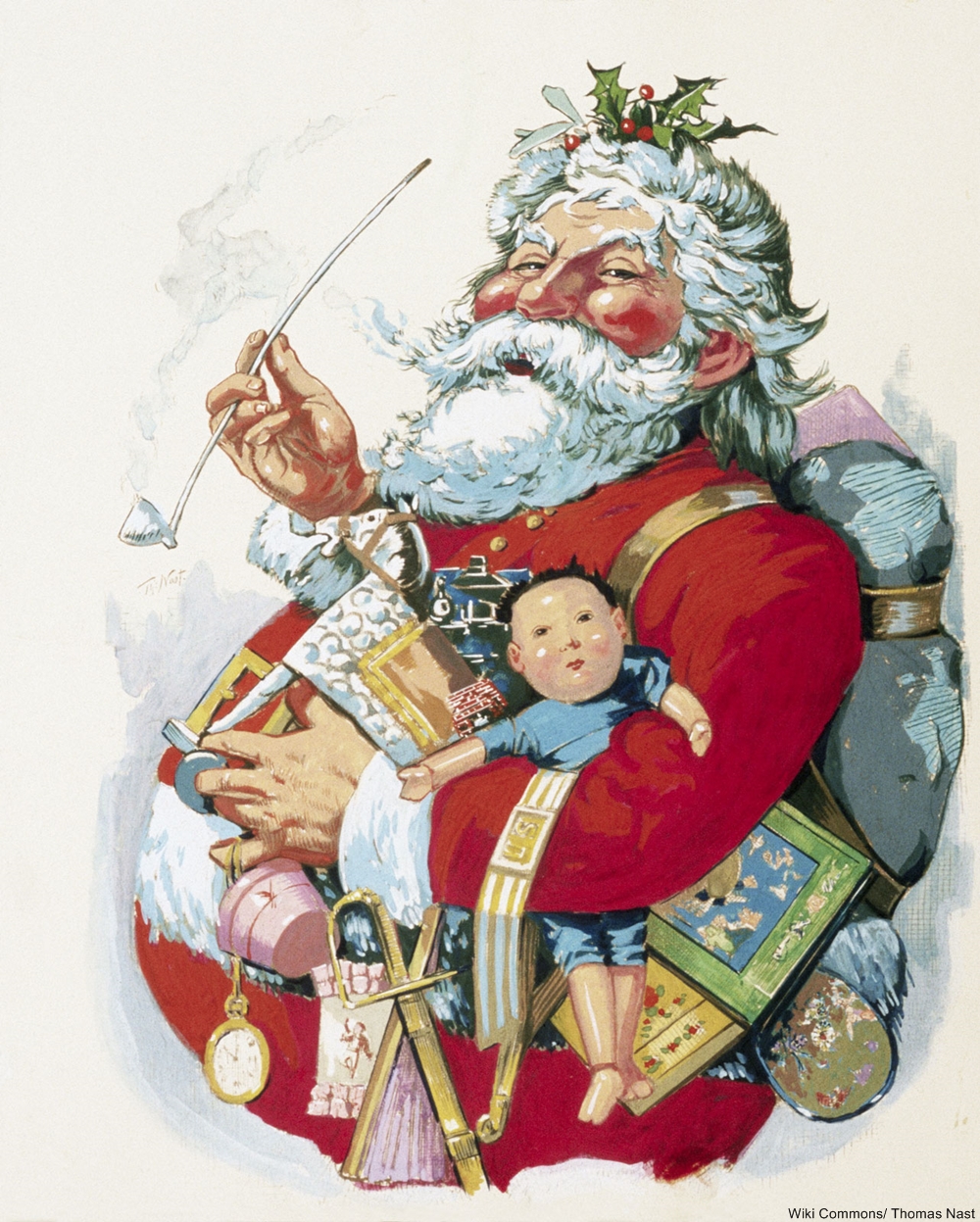 1863 Santa by Thomas Nast is an early example of what we now think of at Christmastime. Via/ Wiki Commons

So while they didn’t exactly invent the modern Santa, they certainly made sure his (color) image was seen across the U.S. in bright advertisements that predated TV at a time when many publications were still run in black and white. 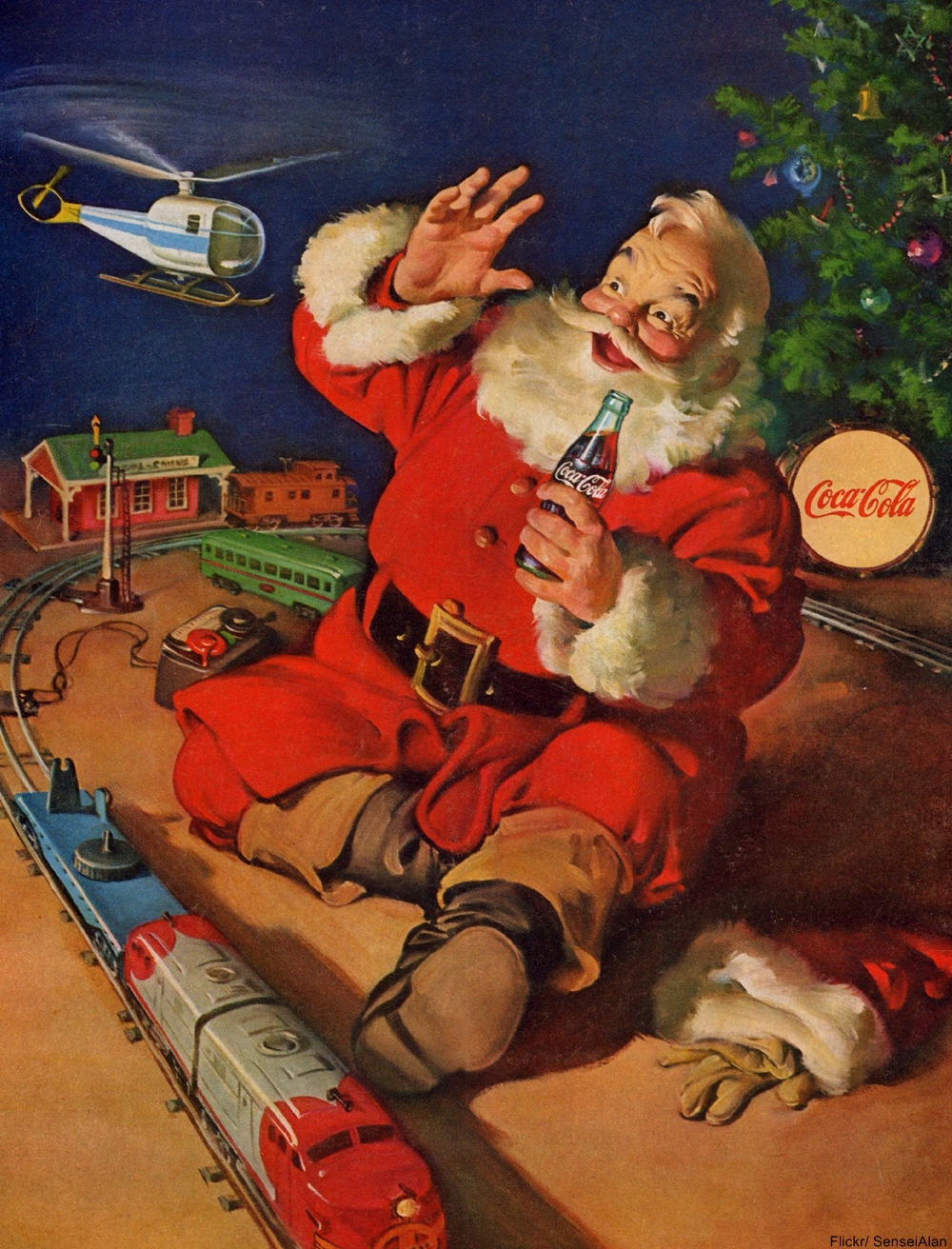 This Santa from a 1962 Coca Cola ad is guaranteed to make you smile. Via/ Flickr

If you collect Coca Cola Santa memorabilia then you’ll already be familiar with how comforting and cheering they really are to almost all who look upon them. Perhaps that’s why Coke gets so much credit in this department – they made the world fall in love with Santa all over again!

If you enjoyed this then click the “Next Page” button for a look at how different Christmas dinner was a century ago!