Two archaeologists were diving off the coast of the ancient Roman port of Caesarea (present day Israel) when they made an astonishing find. Buried beneath the sand was the cargo from a 1,600-year-old shipwreck, the largest found in more than 3 decades. The cargo turned out to be quite the treasure trove of Roman coins (a chunk of which weighed more than 50 lbs), ancient bronze statues, anchors, and a bronze faucet; all of which were in extremely good condition, given the circumstances. 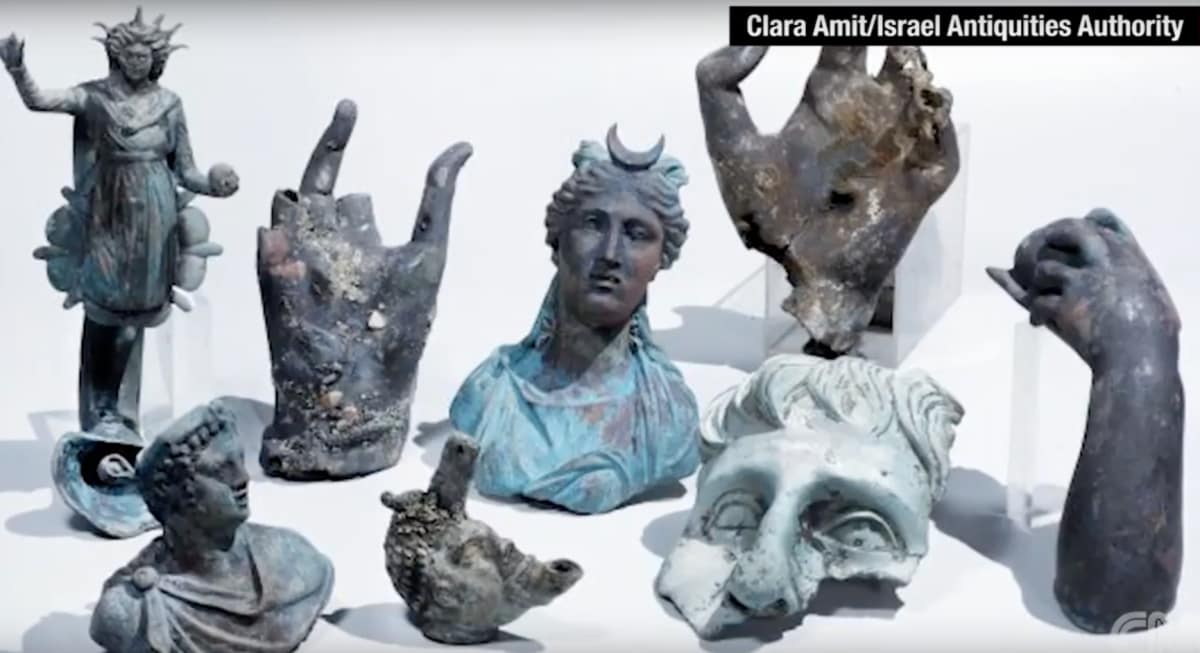 The artifacts were found in such good shape thanks to the sand that was covering them, which essentially acted as a protective coat. As a result, many of the artifacts remained untouched, and give us a glimpse into how they may have looked 1,600 years ago. The artifacts, discovered by Ran Feinstein and Ofer Raanan, also give us a clue as to what happened to the ship carrying them. 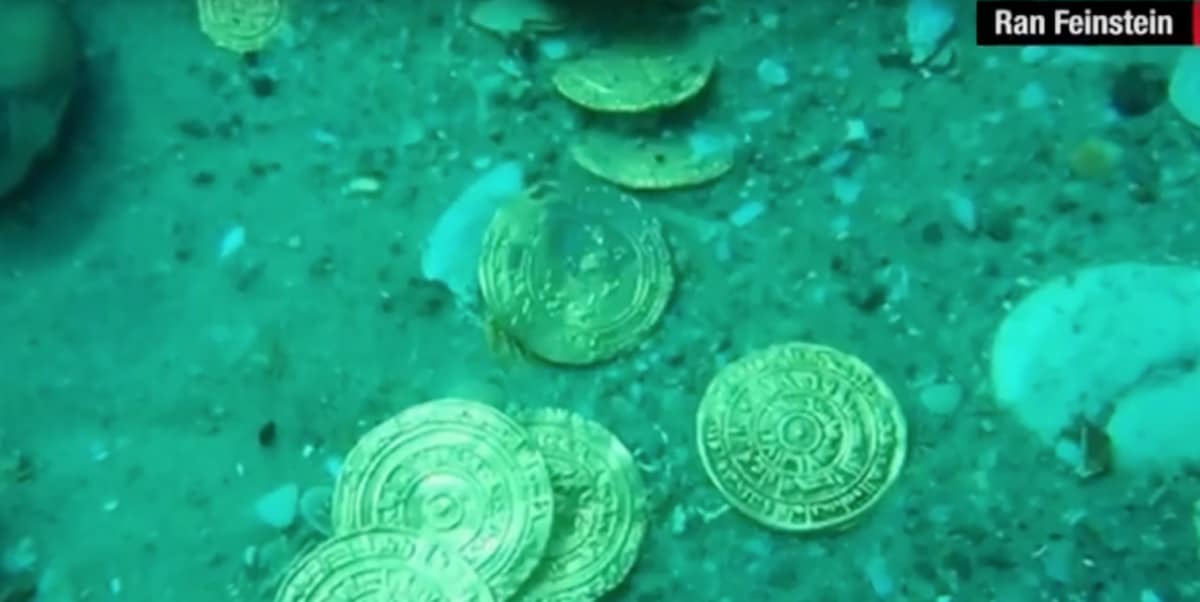 Archaeologists believe that the ship’s crew dropped anchors during a storm, in order to keep from drifting out to sea. The anchors broke, however, subjecting the ship to the power of the storm and the choppy waters. One theory is that the vessel was a merchant ship, and its cargo was metals intended to by melted down and recycled. Get a closer look at this discovery in the video below, and check out another Roman shipwreck discovery that yielded a treasure that wasn’t so sweet.