There was a time when safety at work was not even an expectation for workers or for employers; a time when the weekend didn’t yet exist, and coal miners worked at least six days a week with no compensation for injuries (which were nearly inevitable). When we as a country were using coal for heating our homes, cooking our food, and running massive engines, the demand for coal was at a premium. But the miners were sick of the poor treatment in miner towns, being forced to shop at the company store with wages that bore more resemblance to vouchers than to actual money. The turn of the 20th century was a time of turmoil for miners and it led to intense conflicts with the the coal mining companies. Many miners went into direct confrontation, including armed battle with troops and guards, in order to have their voices heard. 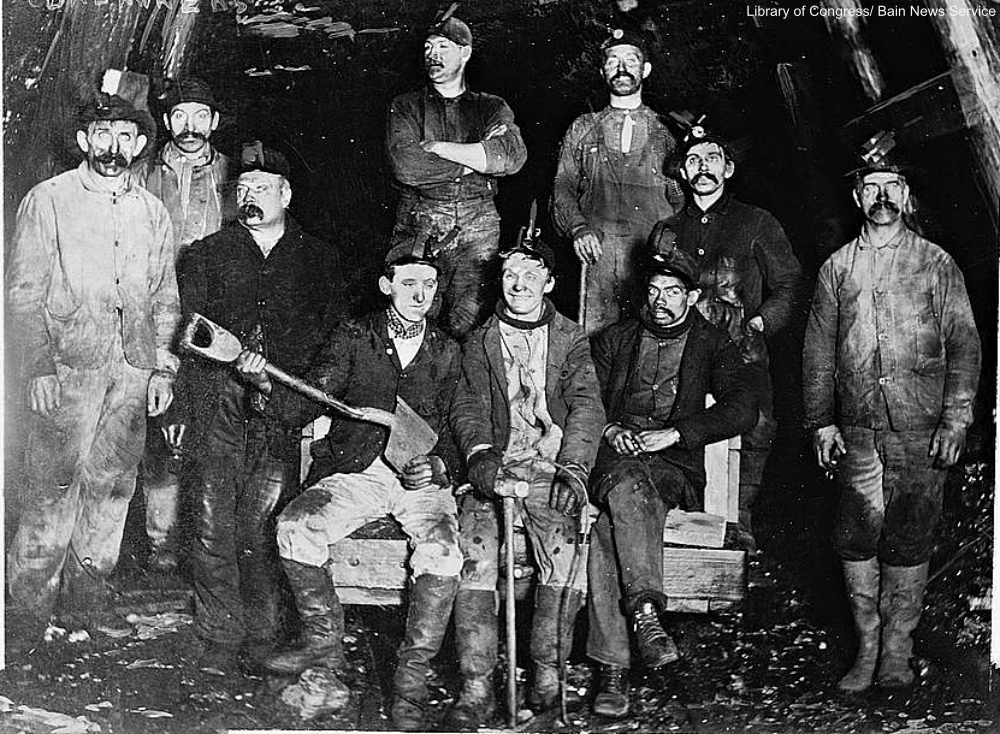 A long series of events from roughly 1912 to 1920 comprise the war disputing the West Virginia Coal mines. The first major grumblings of discontent from the miners began in 1912 in Kanawha County, West Virginia. Nearly 8,000 miners were employed in this area and they were fed up with their wages, amongst many other things. The miners’ list of demands included the right to unionize, the right to buy goods from non-company stores, and more accurate weighing practices. When the mining companies did not agree to the terms, the miners went on strike. After the mining operators hired the Baldwin-Felts Detective Agency to act against the thousands of striking miners in the region, violence erupted in a struggle that lasted for months and left 50 people dead. 1,200 state troops were brought in to bring peace, and martial law was declared. But without work or credit at the company store, their families soon began to starve in the tent cities they were taking refuge in at Holly Grove. Communications were made even worse when Baldwin-Felts men opened fire on the tent city from a train car, killing at least three people. It wasn’t until July of 1913 that the “Hatfield Contract” was signed, putting an end to the violence of the past eleven months that was the bloodiest labor conflict in U.S. history.

Similar treatment again prompted miners to strike in 1920 when 3,000 miners in Mingo County joined the United Mine Workers of America and were subsequently fired for doing so, sparking a mass eviction from the company-owned homes in which the miners lived, carried out by the now-infamous Baldwin-Felts Detective Agency. In the resulting shoot-out, twenty people were shot and several died, including the mayor or Matewan and the Felts brothers, because the pro-union police chief, Sid Hatfield, had attempted to arrest the agency men.

The Matewan Massacre and the murder of Hatfield following his acquittal played a huge role in the Battle of Blair Mountain in 1921. Thousands (up to fifteen thousand by some estimates) of union supporters gathered with weapons in Marmet, WV, to march to Mingo County to protest Hatfield’s death and stand with the striking miners in the south. Logan County sheriff Don Chafin was anti-union and created a small army. He armed his men with machines guns, and surrounded Blair Mountain, which stood between the marchers and Mingo County. Now numbered at nearly ten thousand, the pro-union men endured skirmishes with Chafin’s men and managed to avoid the shrapnel and bleach bombs that were dropped from airplanes at Chafin’s command. Eventually President Warren G. Harding deployed federal troops. Many miners were arrested, but most were shipped back home after weeks of fighting and at least sixteen men were killed. 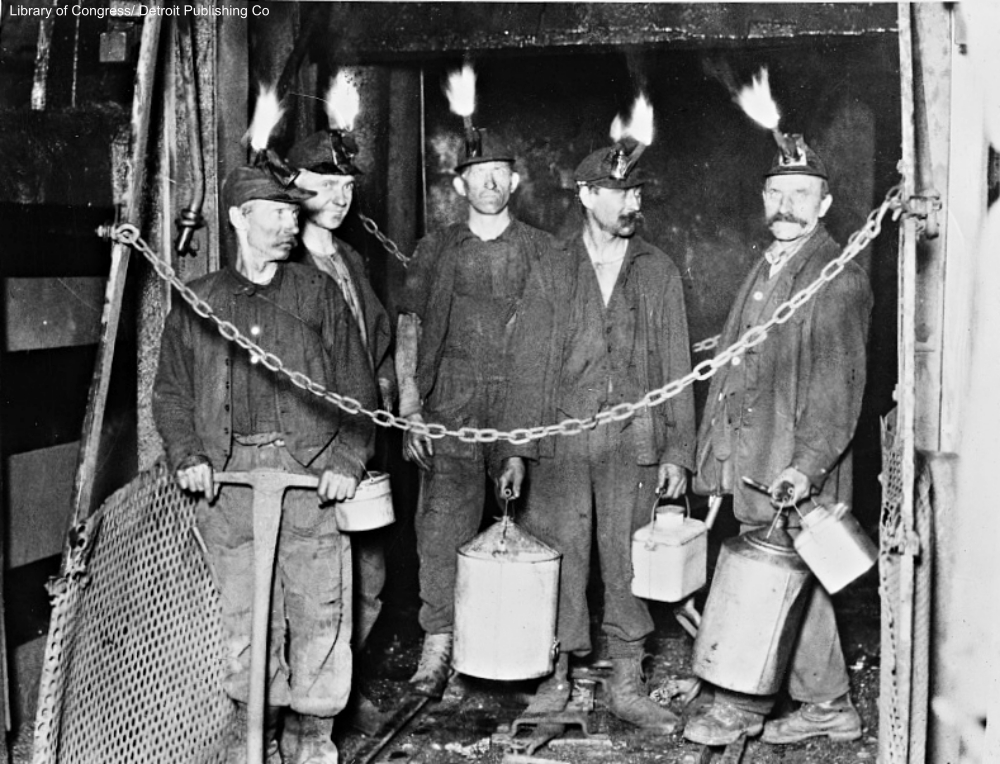 While violence over coal miners poor working conditions, low pay, and company-town enforcement took place in many states, West Virginia saw years of strikes as mining operators dug their heels in against any changes that might reduce the profitability of the company. It’s hard to believe that only a century ago, working conditions in mines was so deplorable that miners were willing to go into battle to fight for unionization. Because West Virginian coal companies had the company-town model firmly in place, it took more perseverance and force to change the way coal was mined. Even though the battles often ended either in surrender or in compromise, the miners did gain national attention through their bloody battles. It would not be until the New Deal that miners would be represented. The National Industrial Recovery Act of 1933 finally set standard wages and gave employees the right to unionize. Although not a cure-all, this measure would help miners in the future to work towards fair compensation and better working conditions.