Sometimes it’s the simplest things that bring the most joy. In our modern age of LED outdoor Christmas decorations and online buying bonanzas sometimes it can be hard to remember to just how simple Christmas was for generations of people in the past. These more humble celebrations were at the time considered a well-deserved break from the monotony of physical labor. Without the many entertainments we have today people were incredibly excited over these small crafts and activities. But, some of these traditions we still enjoy today, even if they do represent a much slower way of life. 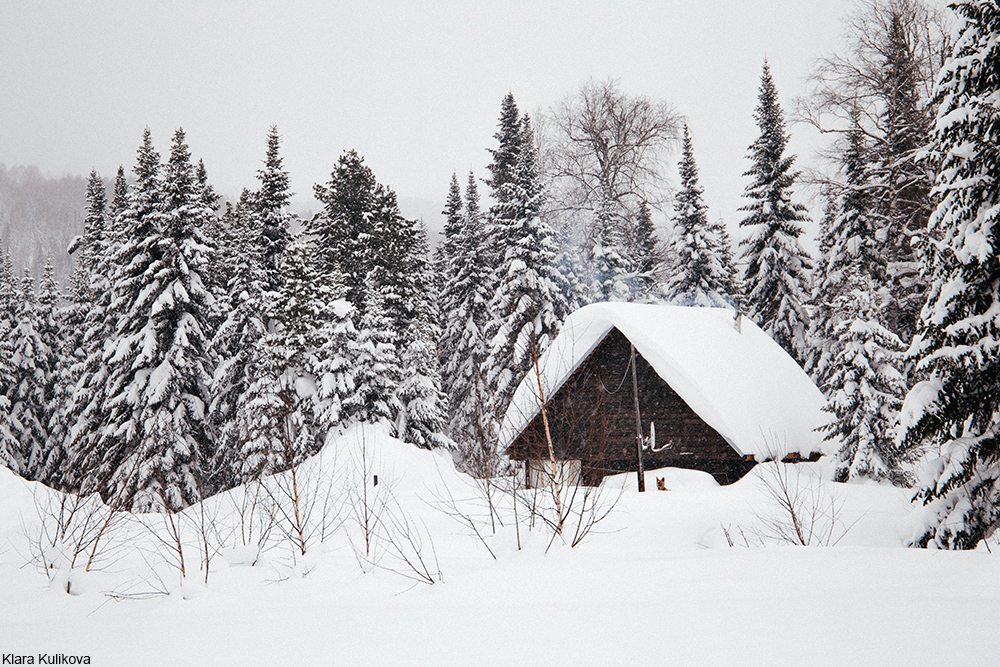 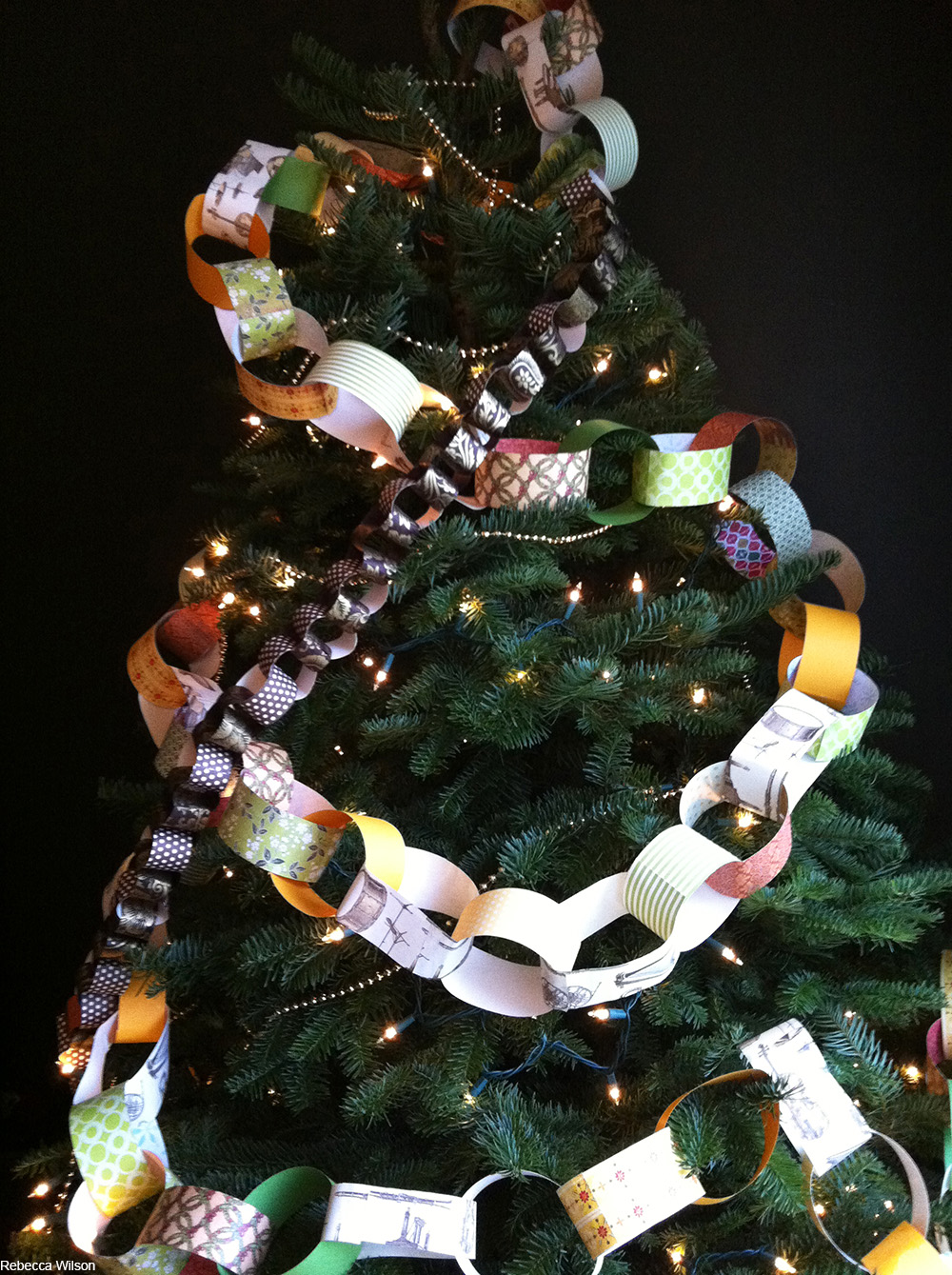 Sugar on the Snow

Many families would have enjoyed making maple syrup candy in the snow. Freshly-tapped maple sap is boiled past the point of becoming syrup and then poured over the buckets of clean snow. As it hardens instantly, it changes from syrup into toffee. Families who had to rely on sugar for their Christmas candy sometimes would have had to scrimp on sugar in the months leading up to the holidays in order to have enough, so sugar on the snow maple candy was probably a lifesaver for those who couldn’t get their hands on much sugar (or store-bought candy). 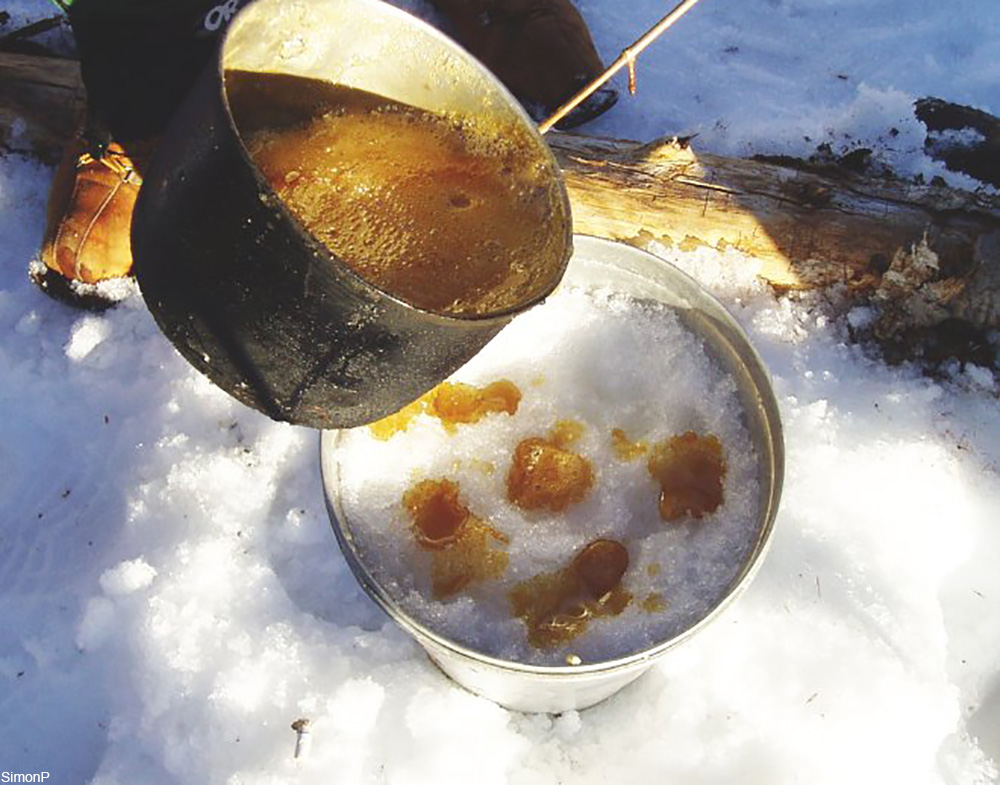 Once the snow started falling it was much easier to have your horses pull a sleigh instead of a carriage. Heavy snowfall on the prairie meant a smooth and joyous ride, something that many people delighted in despite the cold. In some areas sleigh parties were all the rage during the winter months. 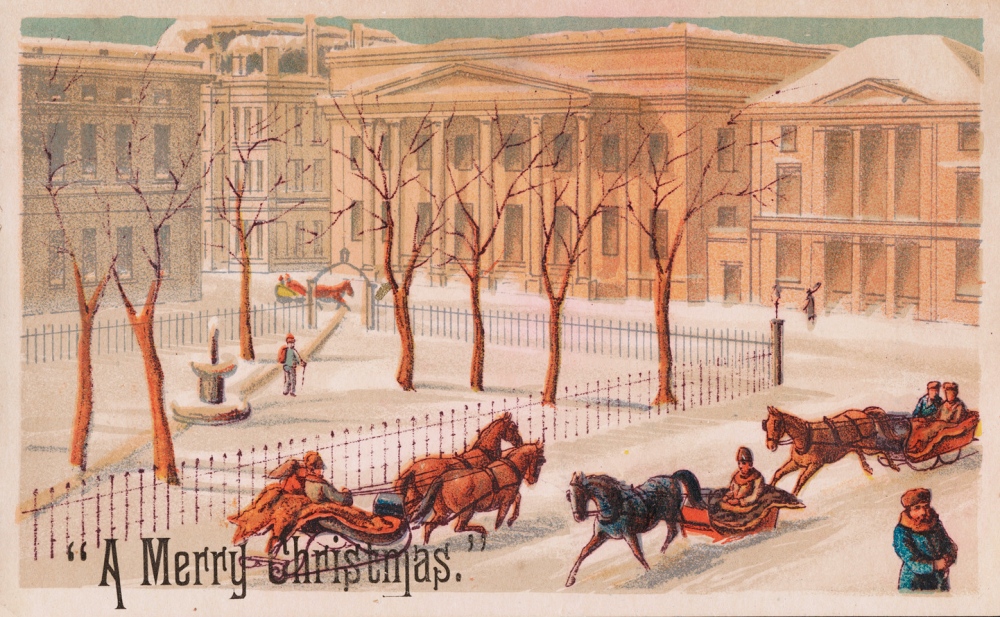 A stiff dough made from salt, flour, and water, was used to make durable ornaments in the old days. The dough shapes are baked at a low heat for a long time until they loose all moisture. Once out of the oven they were sometimes painted and then they were ready to be hung on the Christmas tree. If done well and stored correctly, these nearly-free ornaments could be used year after year for an indefinite amount of time. 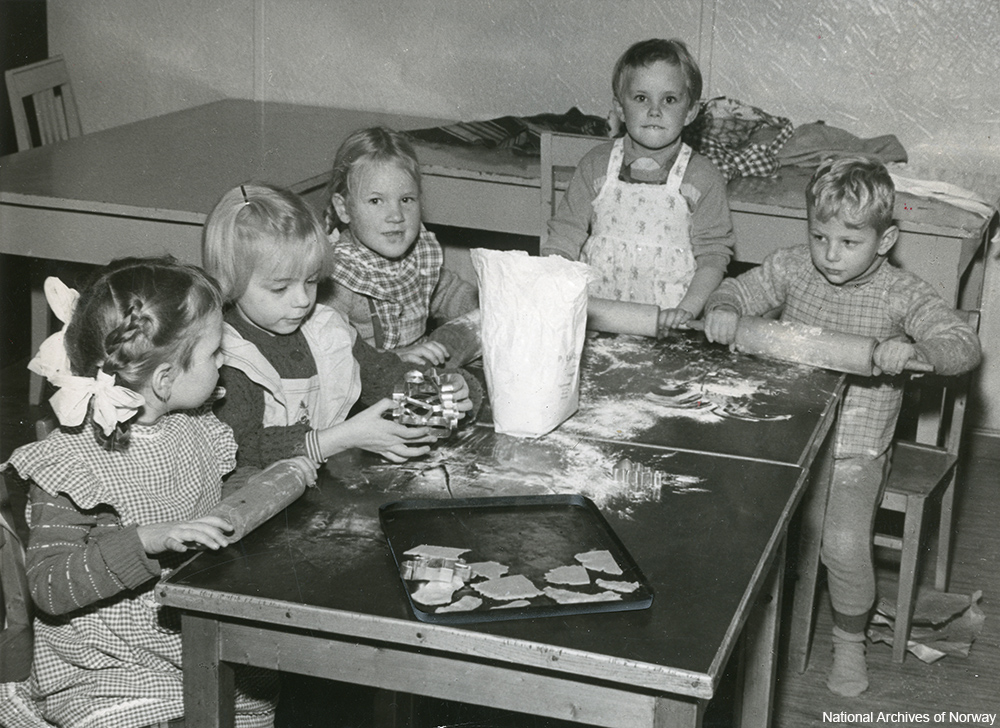 The fashion for Christmas trees was originally exported from Germany to the rest of Europe and the U.S. The German custom was to use smaller trees for this purpose. In the 1800s and early 1900s the fashion was for small tabletop trees, and the large Christmas trees only came later. On the American frontier, many lean-tos and dugout homes were too small to accomodate a tree at all. 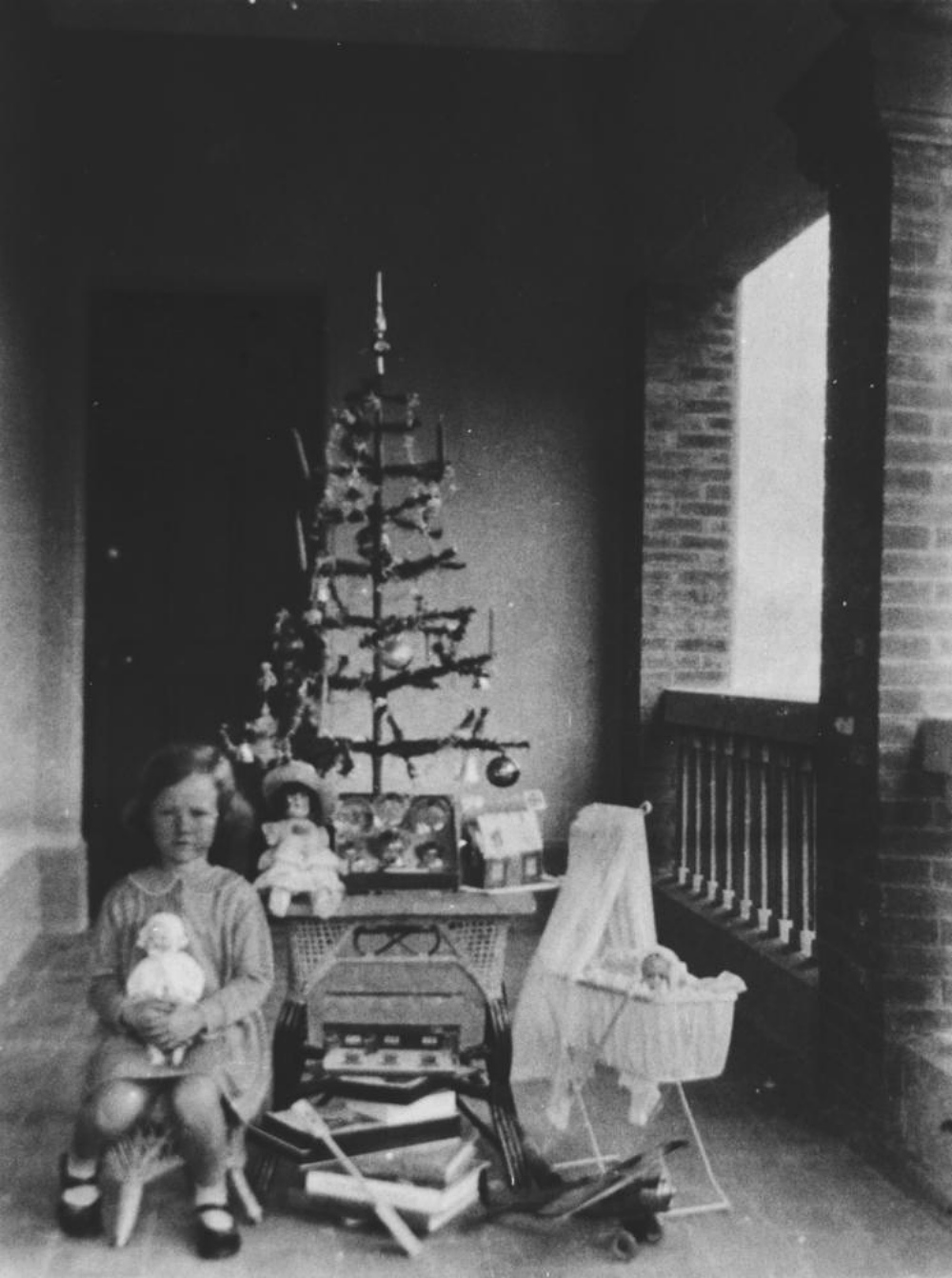 Folks would have gathered around to enjoy some fiddle playing on the holiday and many families would have sung carols together just for the fun of it. There were no Christmas movies or records to be had and people had to make their own fun. 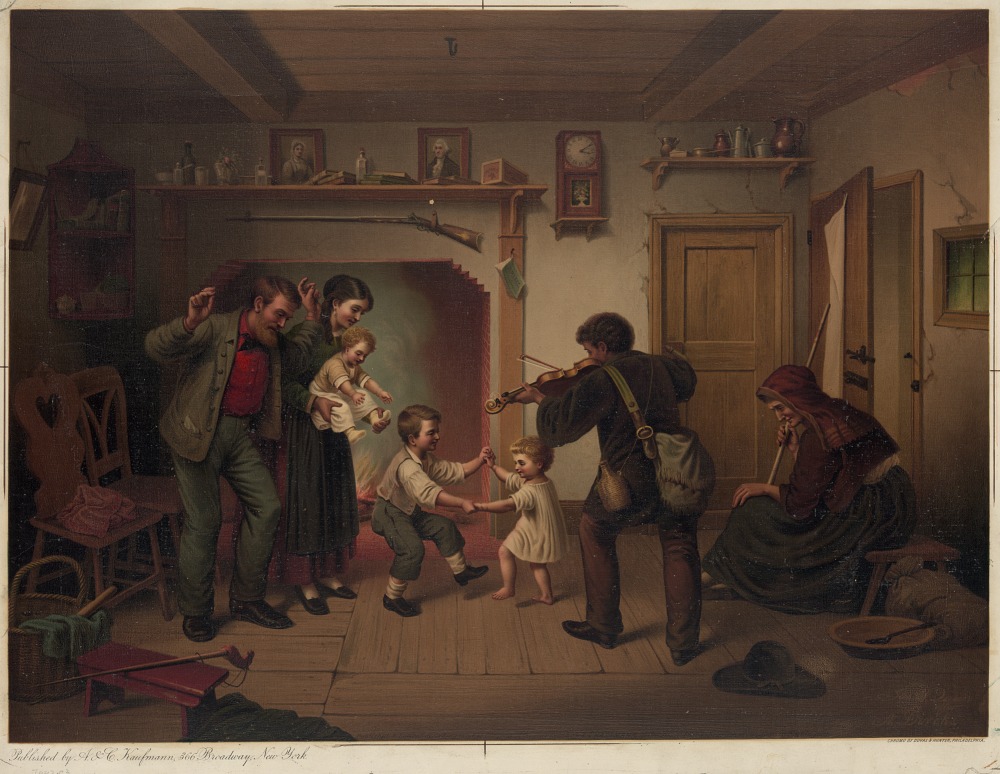 In the beloved Christmas song, “It’s the Most Wonderful Time of the Year” we sing the line: “There’ll be scary ghost stories/ And tales of the glories/ of Christmases long, long ago.” In line with that the notion of self-made fun people in the old days often told scary stories at Christmas. We don’t think of Christmas as an occasion for spooky tales these days, but back then this was a normal part of the festivities in many households. 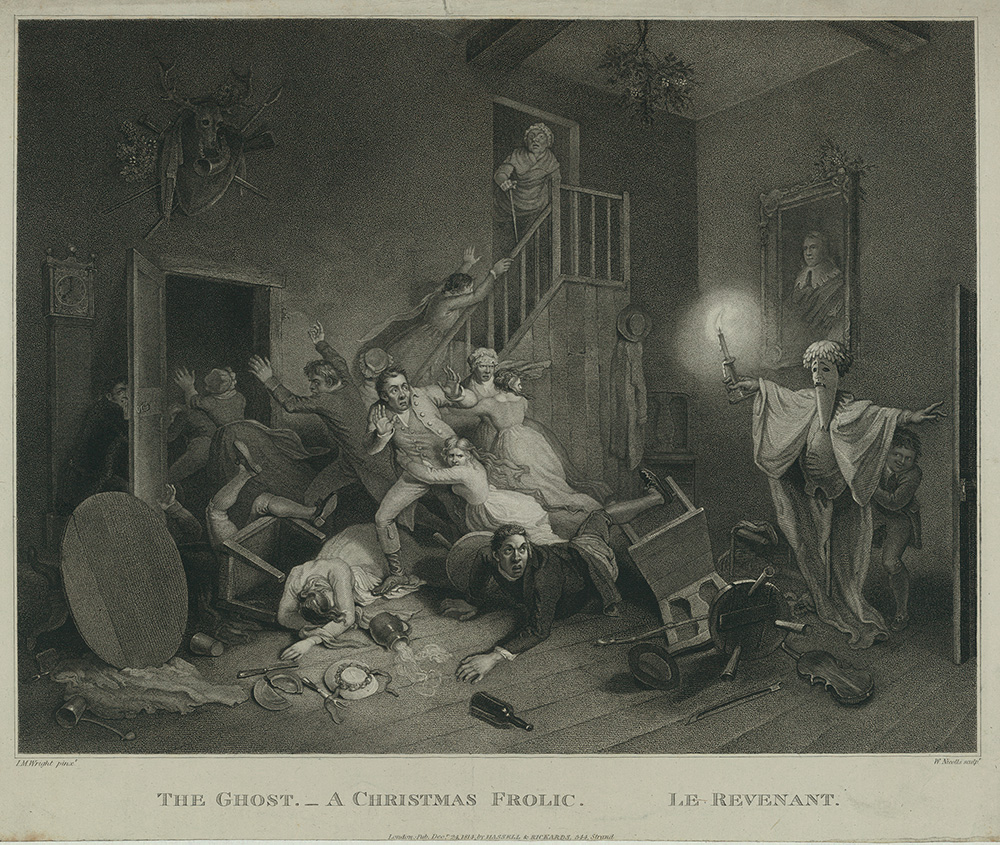