Now for a bit of news that sounds like it could be pulled straight from the pages of a Roald Dahl book. The original creator of Jelly Belly jelly beans, David Klein, is selling tickets to enter a raffle of one of his candy factories. The lucky winner will get to own a sweet sweet candy making production line of their own. 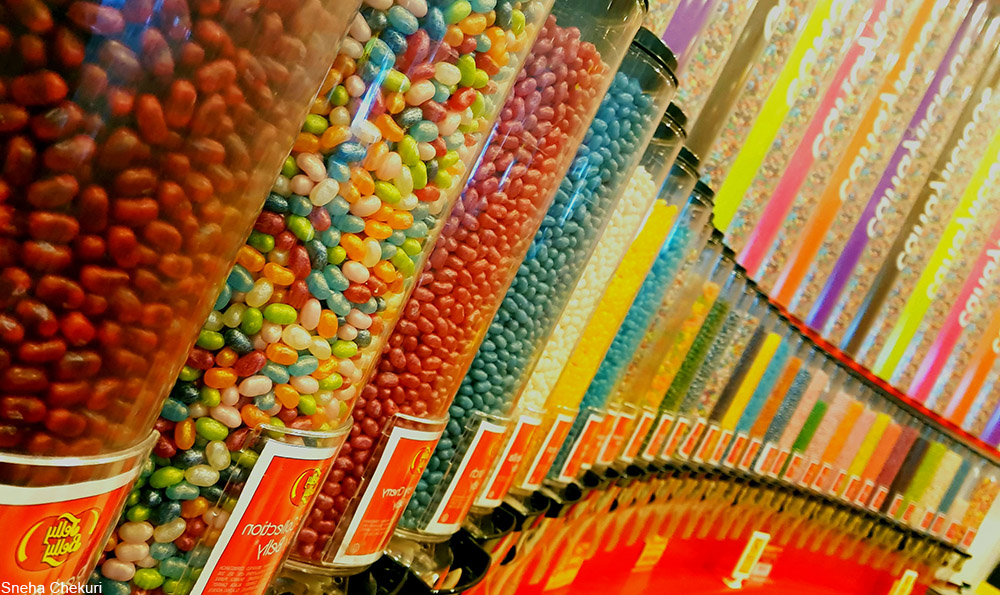 Klein first created Jelly Belly candies in 1976, eventually selling the Jelly Belly brand in 1980 to the production company that he first contracted to make the candies. These jelly beans were the first to have a shell-like outside and a softer inside filled with flavors that were rare for jelly beans at the time- like cream soda, tangerine, and green apple.

Though he later regretted letting go of such a lucrative and fun business, Klein is still making candy today, including his Crime Scene line in test tubes and edible “sand” art candy called Sandy Candy.

Klein’s contest involves finding a gold ticket (à la Charlie and the Chocolate Factory) that comes with a necklace and a verification code.

As to why he wanted to give away a factory Klein said, “The world needs this right now. We have received thousands of comments from people who say this has come at such a perfect time.”

According to the contest website, The Gold Ticket, the tickets are being hidden in cities all across the U.S. Entrants pay a $49.98 fee in order to get clues on the gold ticket whereabouts. The treasure hunt is limited to 1,000 people per state. Entrants will get riddles containing clues about the ticket. Successful treasure hunters will then be entered into The Ultimate Treasure Hunt in which a Candyman Kitchens factory will be given away.

Winners will not only receive the keys to one of Klein’s Candyman Kitchens factories in Florida, they will also get a cash prize of $5,000.

Klein told ABC News that, “We’re not doing this for profit. We’re doing this to create an atmosphere that this country sorely needs. Profit has not even entered into our equation. If we break even I’ll be very happy. The cost of running this is astronomical.”