You’ve Probably Seen This Photo; Now, Get The Real Story Behind “Bicycle Tree.”

In the woods on Vashon Island, just a few miles southwest of Seattle, there’s a tree that’s unlike any other. Several tourists make the trek out to these woods each day to see this special tree; it’s the source of internet urban legends, and even inspired a children’s book. What’s so special about this tree? About a dozen feet from the ground, lodged into the trunk, is an old, rusted children’s bike.

What many refer to as “Bicycle Tree,” this popular tourist attraction has been the source of speculation for quite sometime. You may have seen the photo before; it’s often associated with the tragic story about a young boy who chained his bike to a tree when he was called off to war in 1914, and never returned for it. As the tree grew around the bicycle, it became a memorial for the fallen soldier. 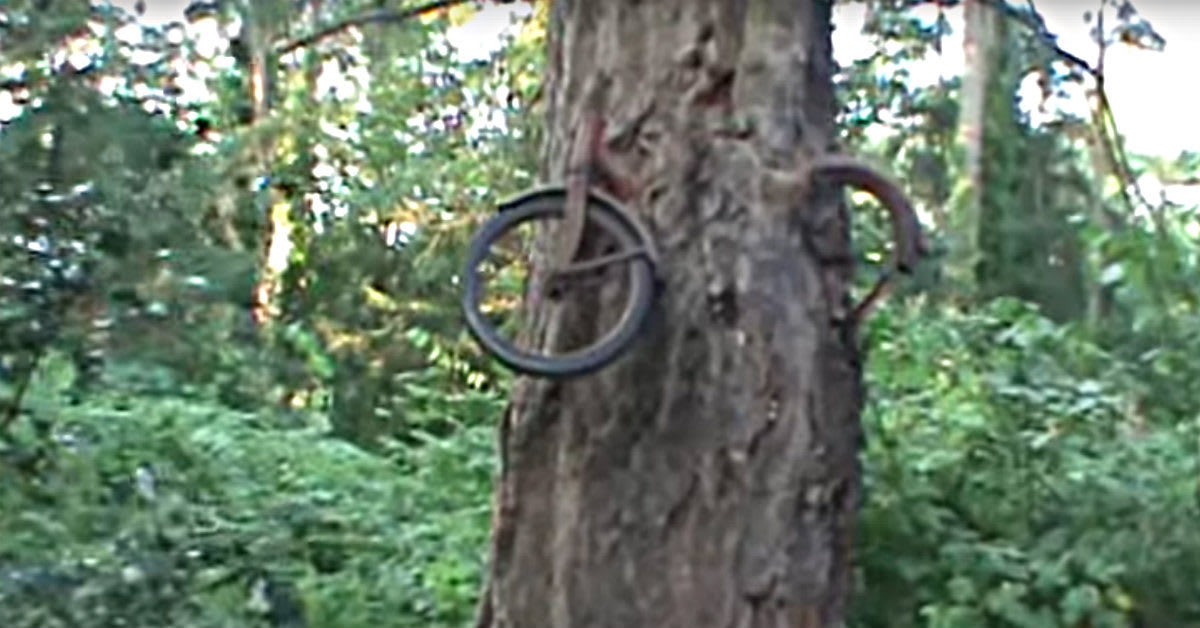 While this tale is perfect for internet fodder — and was the inspiration for Berkeley Breathed’s 1994 book, Red Ranger Came Calling — it’s also not true. As Snopes.com points out, America did not enter the War until 1917. Also, the bicycle in the tree does not appear to be that old, and looks more suitable for a ten-year-old (who would not being going off to war).

In 2009, the Vashon-Maury Island Beachcomber finally set the record straight on the mysterious origins of the bike. According to the Beachcomber, it once belonged to long-time Island resident Don Puz. Puz received the bicycle as a donation after his family’s house burned down, and wasn’t a big fan of it. He told the Beachcomber that it had “skinny little handlebars like a tricycle…I was too big a kid to ride it.”

Puz claims to have left the bike one day in 1954 while exploring the nearby woods, and just never cared to come back for it. Fast forward to 1995, when Puz was visiting a sister who still lived on the island. She decided to take him to Bicycle Tree, where Puz says he instantly recognized the bike as his own.

So the most popular story associated with Bicycle Tree isn’t true. But it’s still pretty amazing that the tree grew and eventually “swallowed” the bike, right? Well, that’s not exactly what happened either. According to Elizabeth Van Volkenburgh, a professor at the University of Washington’s Department of Biology, the bicycle would have been too heavy for a young tree to carry. Her guess is that someone came along at some point and hung that bicycle in the tree. However it got there, Bicycle tree still remains a pretty interesting place for this small Washington Island.