Appraiser Finds Beethoven Music Hanging On The Wall Of A Connecticut Home!

A professional appraiser searching for priceless artifacts in a home in Greenwich, Connecticut, made the find of a lifetime when he discovered a rare item that once belonged to Ludwig von Beethoven. Brendan Ryan noticed a piece of paper hanging on the homeowner’s wall as soon as he walked into the house. What happened next is nothing short of remarkable. 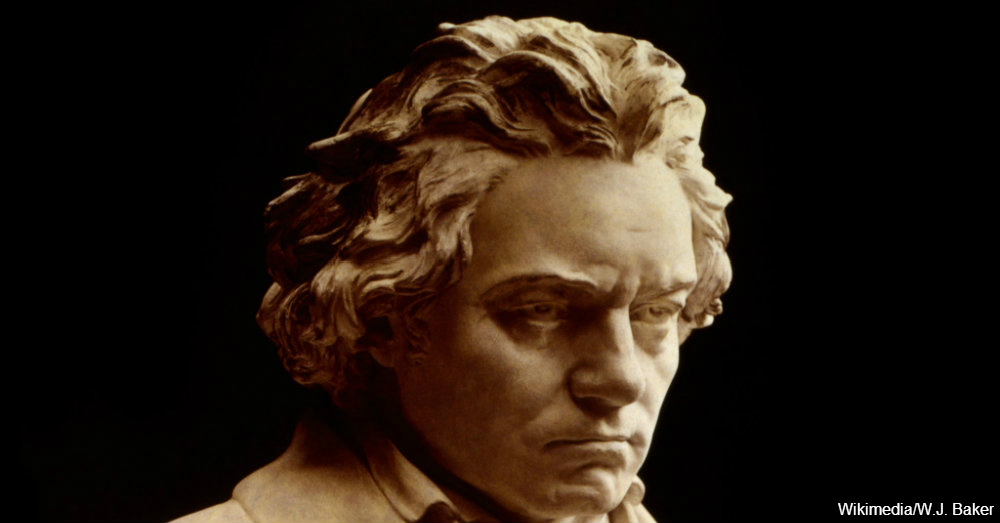 The paper had been in the Connecticut family’s possession for approximately 100 years. Ryan, a former music teacher and composer, knew it once belonged to Beethoven as soon as he laid eyes on it. The appraiser says Beethoven’s handwriting on the document is unmistakable. After seeing the sketch leaf, Ryan had to identify the piece of music from which it came.

Then the hard work began. Ryan went to one of his former music professors, who contacted Beethoven Haus in Bonn, Germany. After about three weeks, researchers determined the sketch leaf came from Beethoven’s opus 117, “König Stephan,” or “King Stephan” in English. Beethoven didn’t leave any identifying marks on the page, such as a working title, so the appraiser only had musical notes and Beethoven’s distinctive scrawl on the page with which to work. The sketch leaf gives contemporary music enthusiasts a chance to see how Beethoven worked on his music before reaching a final composition. 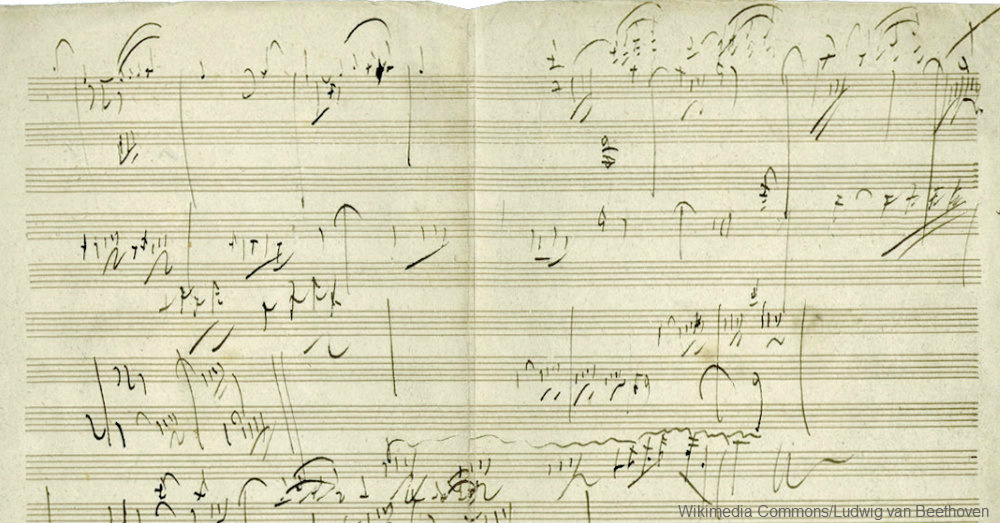 Beethoven composed “König Stephan”) in 1811, and its first performance was in 1815. That makes the sketch leaf at least 200 years old. The piece sold for $120,000 at an auction in November 2015 to a German autograph manuscript dealer.

Some of the sketch leaf is drawn in pencil, while other parts are in pen. The pen part denotes where Beethoven altered his original composition over the pencil area. Music enthusiasts may imagine Beethoven walking through the hills of Vienna, pencil and paper in hand, as he takes notes on “King Stephan” upon seeing an Austrian castle. Psychology Today notes Beethoven frequently took walks in the countryside to inspire his muse. The composer counted on long, daily walks to reflect and evaluate his work. Ryan called his discovery the highlight of his career, and music enthusiasts can rejoice in the rare sketch leaf that Beethoven actually touched with his hands, his pen and his creative spark.