In the old days August was the month for escaping city heat…and sometimes the diseases that would spread too fast. We all know the stories of wealthy people who could afford “to summer” at “cottages” in Great Gatsby style, but how many of us know of more accessible locales that beckoned in days gone by? How many of us had grandmothers or great-grandparents or those great-greats, even with modest means, who packed a trunk in the August heat and headed to a local hotel that featured mineral springs, shade trees, verandas and a cooling breeze?

The Grade I Travers Stakes will be run tomorrow at the racetrack in Saratoga Springs, New York. Realizing that there will be a duel between Tonalist and Wicked Strong, plus several others, beckons us to think about Saratoga in the old days and how it was a mecca for thousands. Countless other summer “watering holes” drew families or single travelers from all over the nation. Europe had its famous spas for centuries, some going back to Roman times. In the United States, hot springs and mineral springs were favored gathering spots from colonial times to, well, to now.

This is Nancy with Dusty Old Thing. My ancestors were not wealthy New Yorkers, but fairly plain Kentucky farmers who settled there from Virginia after the War of 1812. Despite farm life, and nine children, my grandmother would periodically “take the waters” at one of Kentucky’s mineral springs, staying in a hotel with shaded porches. When I was a child she’d point to the nearby range of hills and say that heaven was on the other side. I later learned it was Diamond Springs, her favorite spot to “rest”. She’d travel there by herself, or with a sister, by train. My husband’s grandmother and her friends would also have day trips to the Springs at Keene, Kentucky, outside of Lexington. During the Depression some of my relatives traveled to more exciting locations at French Lick in Indiana. There may have been card games involved, something of which my Methodist grandmother would have disapproved. For her, horse racing was part of life; cards were a sure sign of eminent ruin.

There was a romance in all of it, too.

In those days, people traveling to the springs wanted to travel in style. They packed carefully. It didn’t matter if the destination was Saratoga in New York or Dawson Springs in Kentucky, the trunk would be carefully selected and packed well. 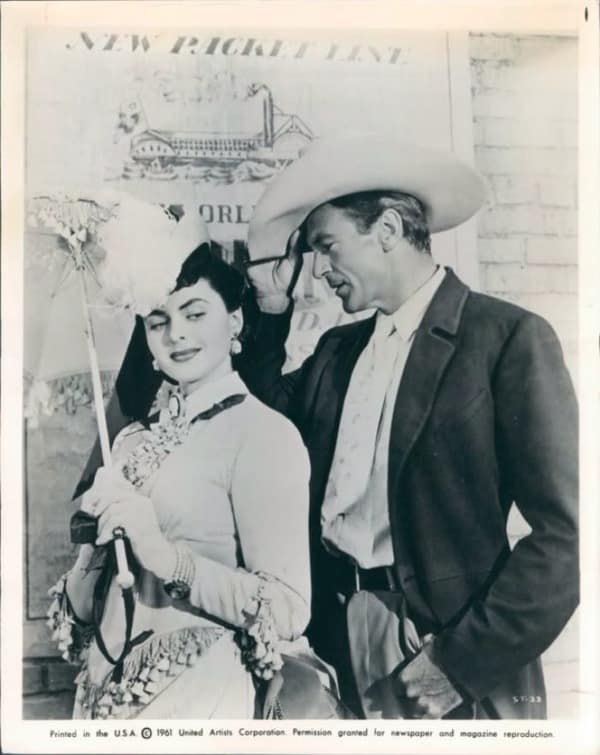 Ingrid Bergman and Gary Cooper starred in Edna Ferber’s Saratoga Trunk in 1945. No, it’s not about the trunk that carried Ms. Bergman’s countless frocks and hats, but a railroad of the same name. The movie did feature scenes depicting Saratoga in 1875, its style and very interesting summer life. Ms. Bergman’s character would have required several Saratoga trunks of the luggage variety. 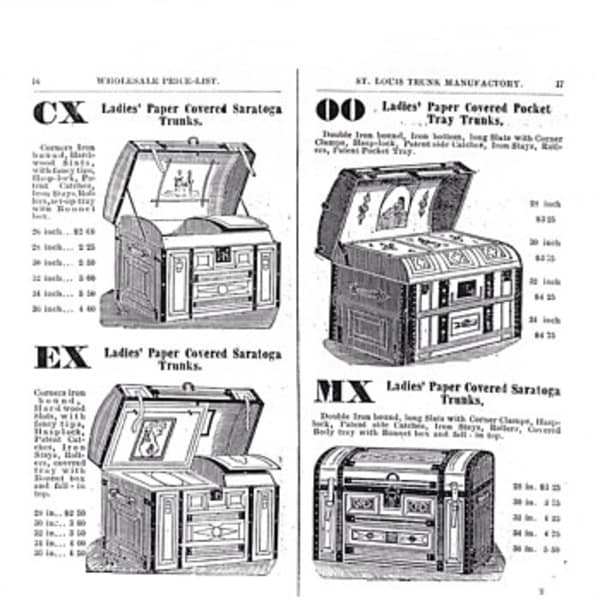 Collectors of antique trunks have to be greatly admired. Even for someone who loves antiques, I have not ventured into learning about all the trunk manufacturers, the styles and the hardware patents. It’s a daunting area. Fortunately there are good books on the subject and several good online resources including thisoldtrunk.comand legacytrunks.com.

There are several misconceptions about the classic Saratoga Trunk. The rounded or humped top was not expressly meant to keep porters from placing other trunks on top of it, or to make sure it was the first one off the baggage car… although even the owners might have thought that at the time. Porters actually would place the barrel or stave topped trunks on their side in order to maximize cargo room. Those leather handles made that possible. Even then, the heaviest trunks would go on the bottom. The rounded tops, sometimes today called camel or hump back, allowed for special removable storage compartments or boxes, especially for bonnets. As seen in the advertisement above, those compartments were fairly elaborate. They generally came covered in good papers or silks and with chromolithograph designs. 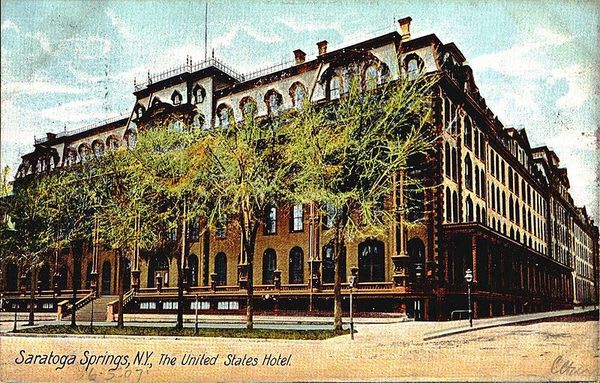 The hotels in the resort spa cities ranged from elegant ones like the United States Hotel, above, to the humble Diamond Springs Hotel, below, that my grandmother would visit. The United States Hotel was only one of many large and elegant Saratoga hotels. The Grand Union and the Adelphi were nearby. The Adelphistill stands. So do many others, some still beckoning to today’s travelers, others forgotten in time. Sometimes the memories come back, memories from old stories, from old letters or postcards or from a grandmother’s whisper about the location of her heaven.

Where ever it was, it was done in style. 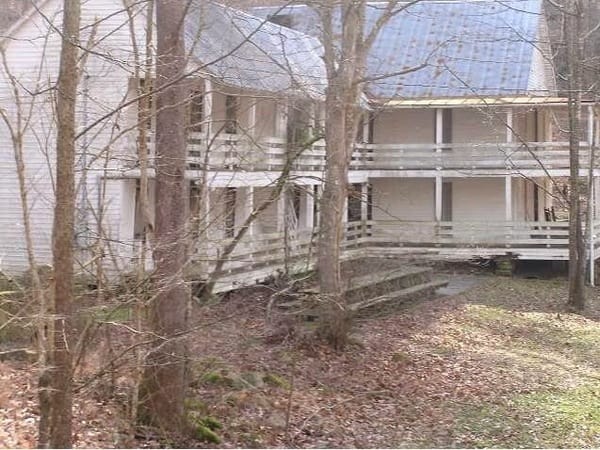