How To Identify & Collect The Eye-Catching Royal Doulton Figurines!

These beautifully designed pieces of art catch the eye of collectors for multiple reasons – from the hand-painted details to the touch of glamour that many of them exude. With so many different figurines being released over the years, Royal Doulton has kept collectors busy – and if you want to start stocking your shelves with these gems, we’ve got some helpful info. 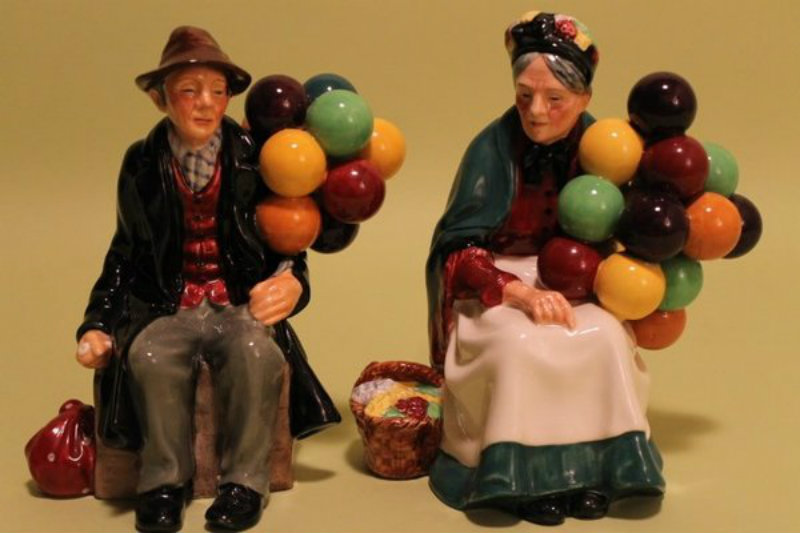 How old are they? Though the Royal Doulton company itself dates back to 1815, according to Antique Marks, the figurines themselves didn’t make their debut until more than a century later. As Collectors Weekly explains, it wasn’t until 1913 that the first figurine – “Darling” – was launched as part of a broader line of figures that modeler and artist Charles Noke. You’ll note though, as we mention later, that figurines are actually stamped with the initials of a different person – department painting chief Harry Nixon. Royal Doulton figurines are still produced to this day.

Why did they become popular? Aside from working with popular designers and artists of the time, the company also caught the attention of the royal family – always a good way to gain notoriety from the masses. This happened in the late 19th century, according to Dalton Databank, and in 1901 King Edward VII allowed the company to add the word “Royal” to its name.

The figurines sometimes depicted famous characters from books, history, or popular culture, and other times were designed and signed by well-known artists of the time. Figurines also were painted with much detail, as well as with the fashions of the times in mind – so collectors might’ve admired those qualities as well. 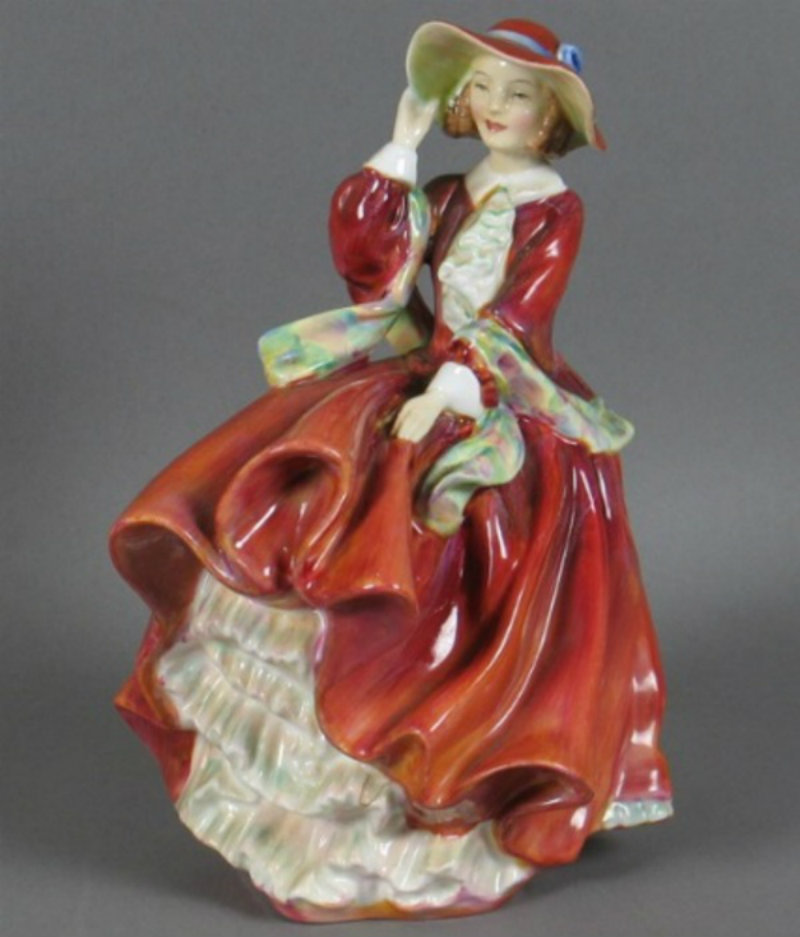 Are they tough to find? Yes and no – on the whole, these figurines are easy to come across, but many collectors are looking for specific figurines to complete their collections. So, finding particular figurines – especially older ones or those put out in limited production – is definitely tougher. And because they are still manufactured today, you just have to be able to distinguish new from old.

How much do they cost? First and foremost, definitely get a price guide – there are so many different figurines and so much information on how many were produced, how valuable each is, what each looks like, etc., so it’s much easier to have a reference there. We’d recommend Jean Dale’s Royal Doulton Figurines, 9th Edition as a great catalog of information.

Generally, figurines cost a few hundred dollars – with that number fluctuating based on the condition of the piece, rarity of the piece, and demand for the piece. Though some can get into the thousands of dollars, typically that isn’t the case. 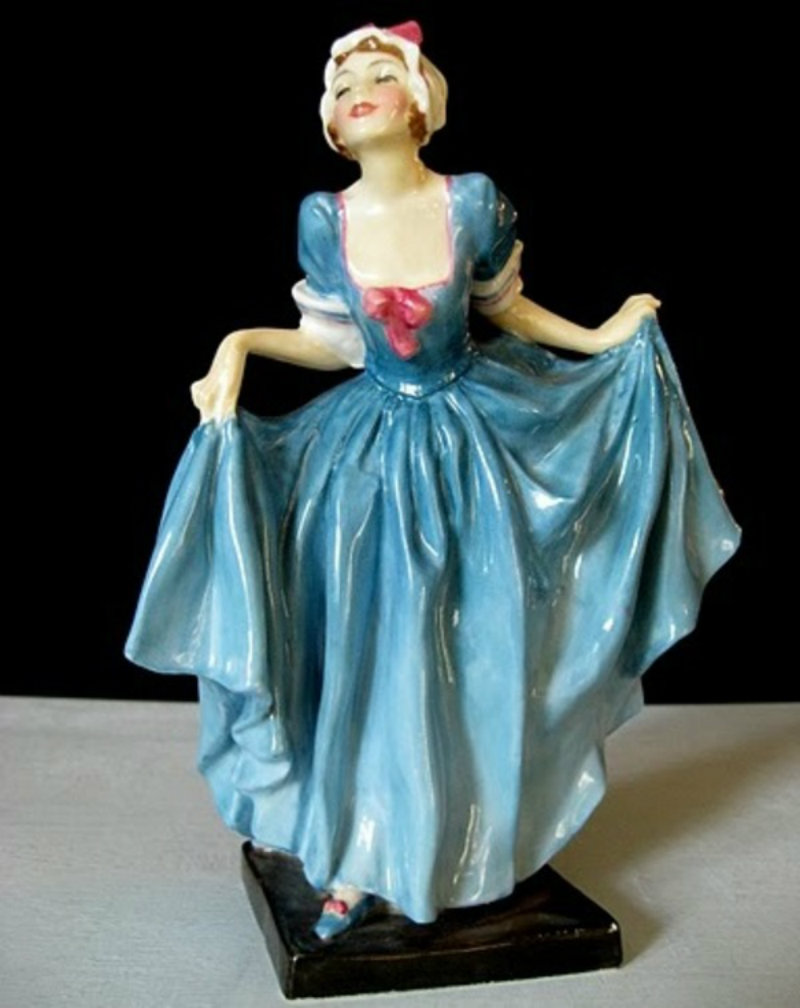 – Backstamp: All authentic Royal Doulton figurines should have a backstamp that matches the Royal Doulton backstamp on the bottom (underside) of the figurine. Underneath the backstamp, traditionally you will also find the name of the piece – another helpful hint in researching the figurine’s value. You should also find an “HN” number (named after artist and designer Harry Nixon) that gives you a good year range of when that particular figurine was produced.

A little trick from Antique Marks – you could tell what year the figurine was made by adding 27 to the small number to the right of the backstamp (it can be hard to read). That usually yields the year when it was made – so if the number on the piece is 10, then 10 + 27 = 37, so the piece was likely made in 1937.

– Detail: Collectors Weekly explains that in the mid 1930s, the detail on the figurines got more precise – like irises and pupils on the eyes rather than black dots. This doesn’t give an exact time frame, but it’s a good starting point in case you’re not sure when the figurine was made. More intricate pieces also tend to be more valuable.

– Condition: It’s always good to check for chips, cracks, and other damage that might lessen the value. That’s also a plus of the reference guide – you can see a photo of what the figurine should look like and compare.