Teapots and kettles have a certain charm to them. They bring to mind cozying up by the hearth with a steaming cup of tea. For others, elegant teapots recall the classic English “High Tea,” the opulence of a bygone era when a fine tea set could make a social statement. There’s no denying the beauty and allure of tea kettles. Best of all, most of these antiques are not only pleasing to the eye but functional! Curious about collecting teapots and kettles? Read on to learn more about their history and how to identify them… 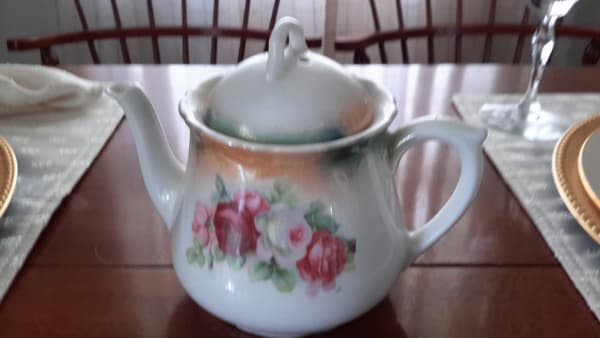 from: Phyllis Meacham Williams: “An old teapot given by a friend. On the bottom it says Germany and the #192”

The history of tea kettles…

The origin of the very first tea kettle is still a subject of contention, but most historians agree that the original has its roots in Europe, and more specifically, England. Its design was likely influenced by a round Chinese wine pourer that was imported to England during the mid-1600s, along with Islamic coffee pots that also found their way to Europe around that time. Tea also made its European debut in the mid-17th century, and at first it was boiled in large iron cauldrons over an open flame. To make the process more convenient (and elegant) the teapot was born.

Because tea was initially a luxury item available only to the very rich, early tea kettles reflected their owners’ wealth and were often made of silver. Soon the East India Tea Company commissioned Chinese artisans to construct teapots out of china, molding them to European tastes. They featured designs adapted from famous European prints and even family arms. When the price of tea dropped, tea kettles were adapted such that common folk could afford them– most were made of copper, which was cheap and also a great conductor of heat.

Teapots in the 20th century…

Trends in teapot construction gave rise to cast aluminum, enameled metal and polished aluminum kettles. In the 1920s and 30s, electric tea kettles gained popularity. Most notably, Russell Hobbs made a name for itself with the K1 electric tea kettle it introduced in England in 1955. 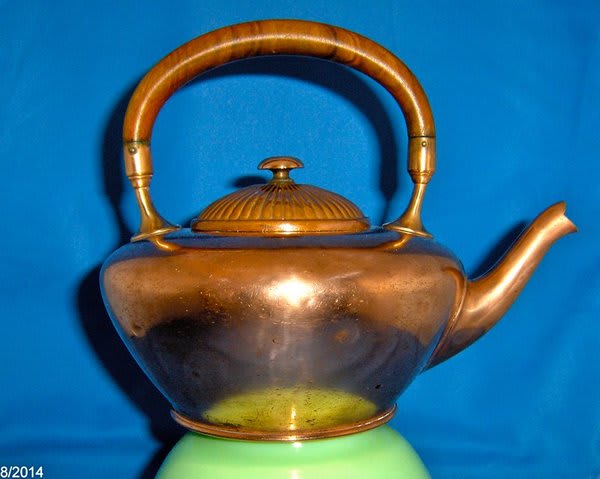 from: Andie Paysinger: “Not so dusty. My antique Gorham copper teapot with rosewood burl handle – Made in 1881 – and with all the tiny dents and scratches that shows it has been used and loved for more than 130 years.”

Antique teapots to look out for… 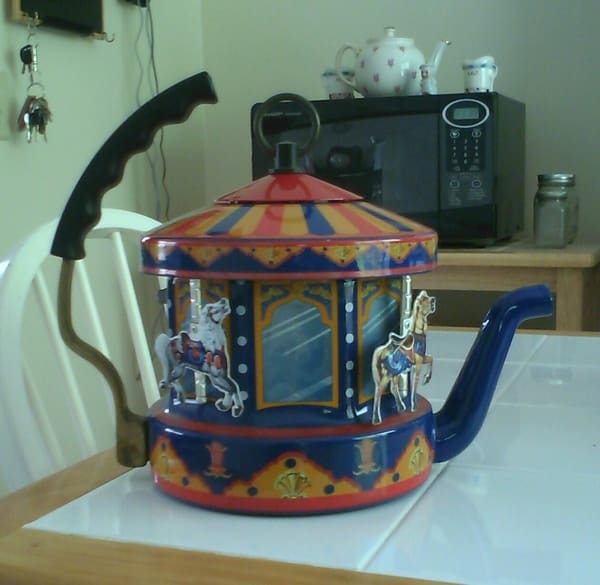 from: Cheryl Cooper: “Carousel teapot – when water boils, it turns the horses. Any info on it anyone?”

A word on collecting…