The ancient Romans invented many early versions of things we use today. Indoor plumbing, democracy, theater, and many other things we probably would be lacking without were specialities of the Ancient Romans and Greeks. But, there are some objects from the era that researchers still can’t seem to figure out. Small, mysterious, metal orbs found across Europe held a purpose once upon a time, but what that function was remains a unknown to this day. 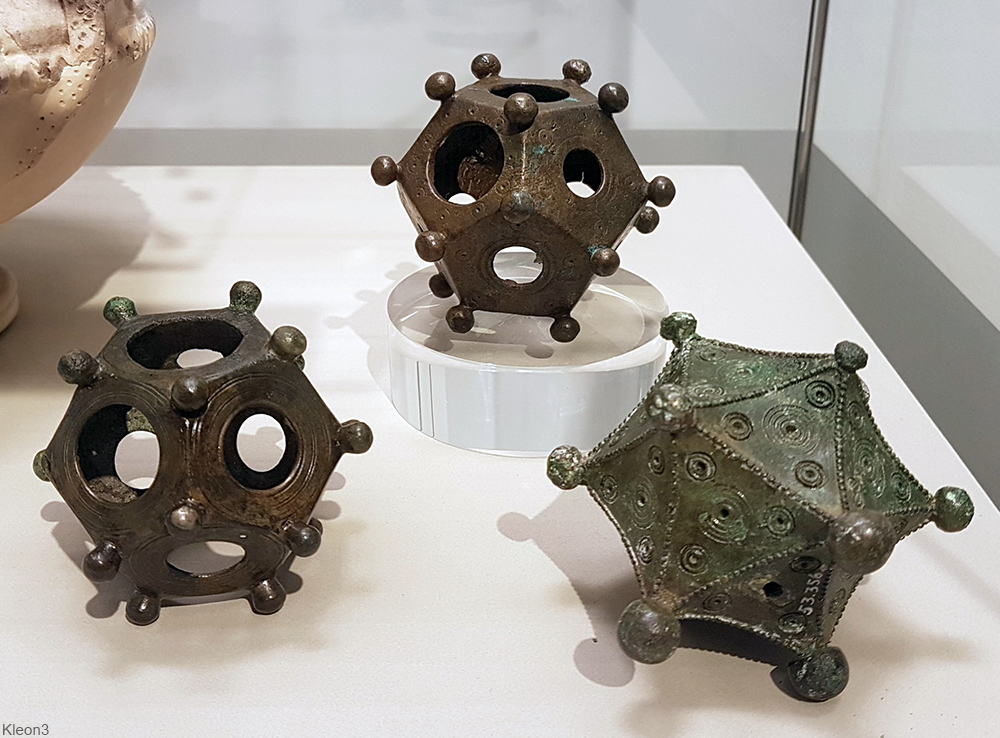 2 dodecahedra and 1 icosahedron on display at the Rheinisches Landesmuseum in Bonn, Germany. Via/ Wiki Commons

The metal objects in question are called dodecahedra (singular: dodecahedron) and they have 12 sides. Often made from metal alloys (such as ancient Roman versions of bronze and brass), they can range in size from smaller than a tennis ball to greater than a softball in size.

The scientific fascination with these objects dates back to at least the Enlightenment period in Europe. At this time great thinkers were reexamining the philosophies and technologies of Ancient Rome, with a forward lens towards making new discoveries. Between the 17th and 19th centuries archaeology was a fledgling field of investigation, so when these objects were discovered buried in the soil many were studied intensely and then placed in collections that would later end up in museums. 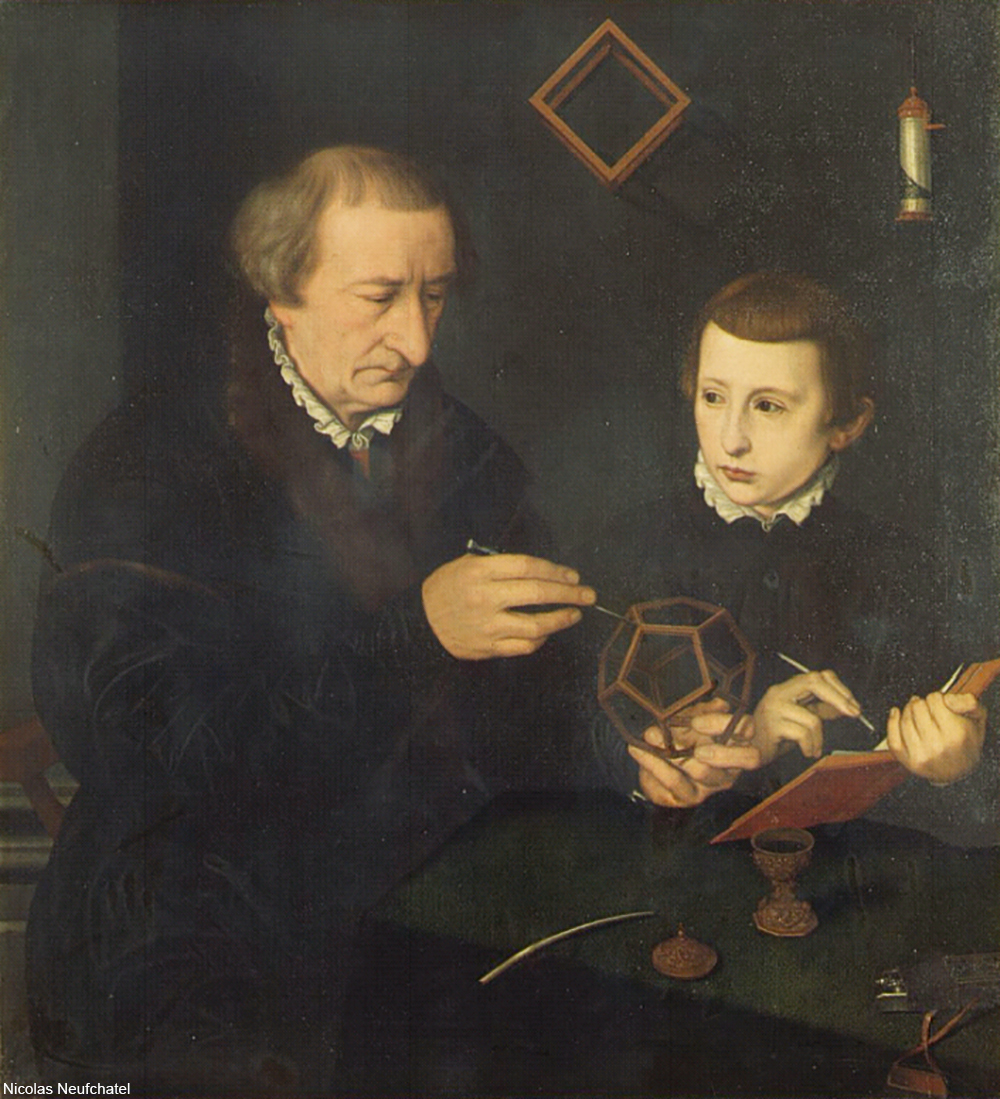 16th century painting of a teacher with a contemporary dodecahedron. Via/ Wiki Commons

Some prime examples are located at the Rheinisches Landesmuseum in Bonn, Germany, as well as the Hunt Museum in Ireland and many other institutions bedsides. They were once believed to be a phenomenon found mainly in France and Germany, but a number of finds in the U.K. over the last century have shown that these mysterious objects are found across Europe.

At first glance many people assume that dodecahedra were used as kind of ancient dice pieces for playing games. However, the structure of these metal pieces doesn’t line up with any of the known game pieces of Roman antiquity. At the time crude dice carved from wood, bone, or other natural materials was more common, with some games relying on sheep “knuckles” (small bones found in the ankle of sheep) to play games. 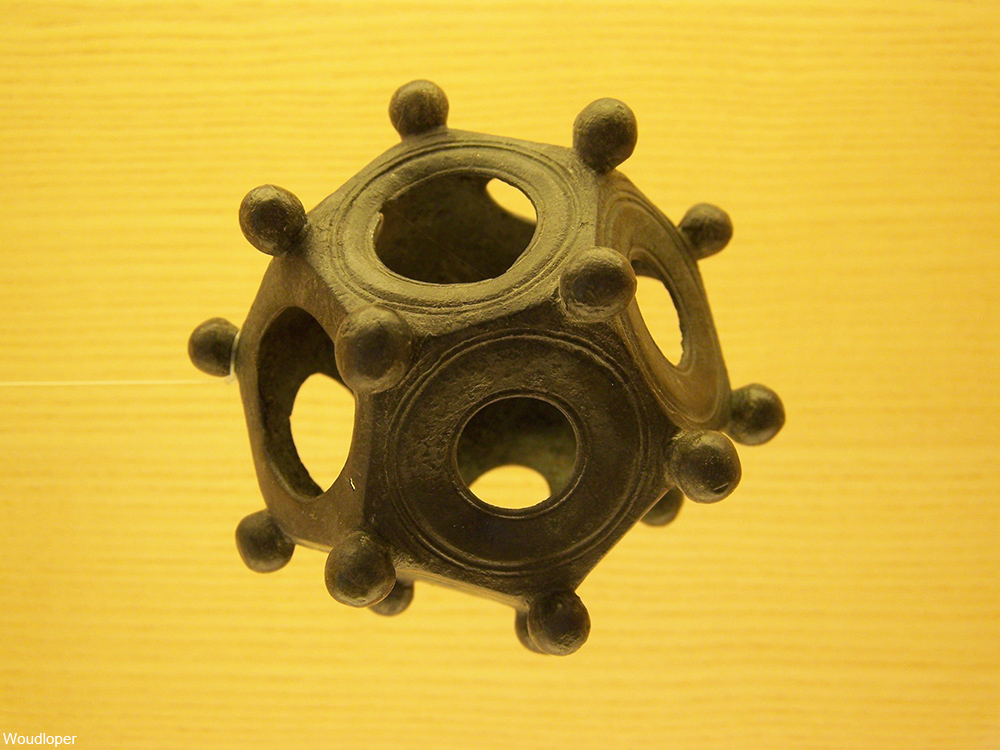 Dodecahedron from the Gallo-Roman city of Aventicum on display at the Musee Romain de Vallon in Avenches, Switzerland. Via/ Wiki Commons

Unlike these more primitive game pieces, dodecahedra have a completely different structure. They feature 12 flat sides, with small knobs at each join. And, within each side lies a hole, but each hole is of a different size.

No written accounts of dodecahedra have been found, but they have been found alongside coin hoards, indicating their high value to whoever once once them. The fact that they were made with such precision and out of metal also indicates their importance. The 100 or so dodecahedra that have been found date to between the 1st and 5th centuries AD.

So far a variety of ideas have been put forth as to what these strange objects may have been used for. Once theory is that they could have been used to top mace-like weapons. However, they are not particularly associated with warrior finds so this may not be the case. 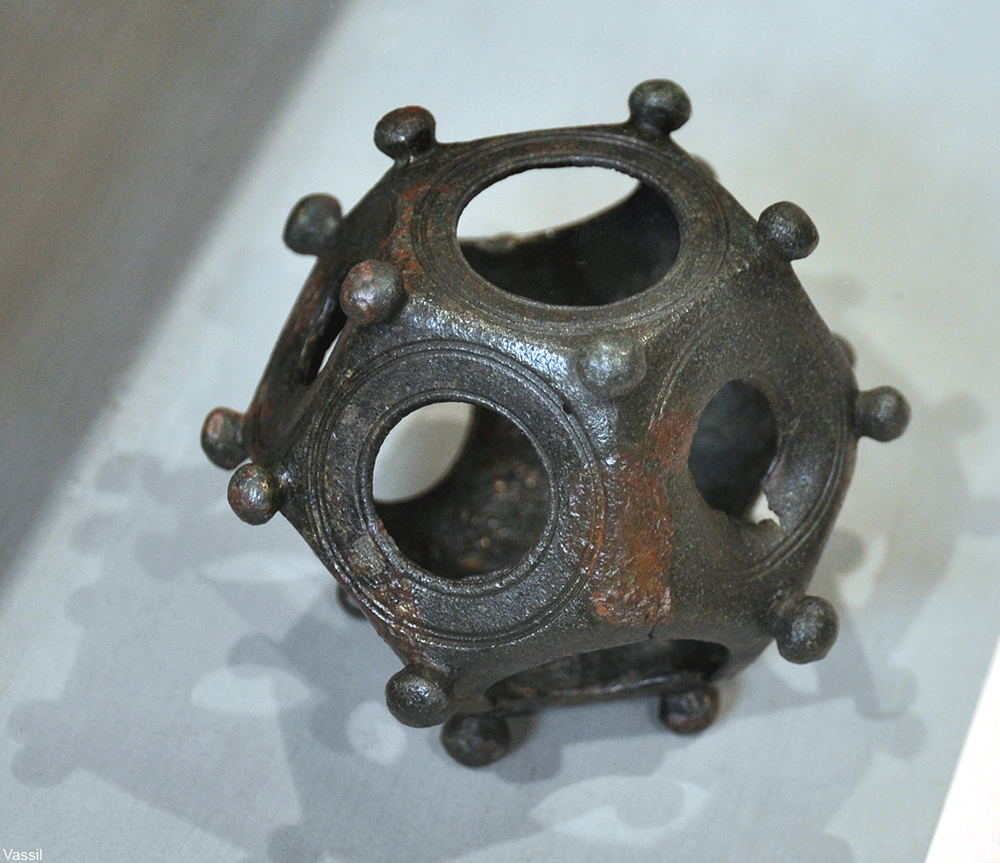 Dodecahedron at the Museum of Fine Arts and Archeology of Vienna. Via/ Wiki Commons

Another theory is that dodecahedra were used as ancient measuring devices. The standards of measurement back in the Roman Empire was a 12-inch foot, so it makes one wonder how so many differently-sized dodecahedra could be used to measure in any kind of standard way. Other speculations are they could have been used for estimating with the eye the sizes or distances of things far away, as a sort of rangefinder for military operations. Other theories include measuring pipe sizes for plumbing and other things, but these also seem improbable given the many sizes dodecahedra were made in. 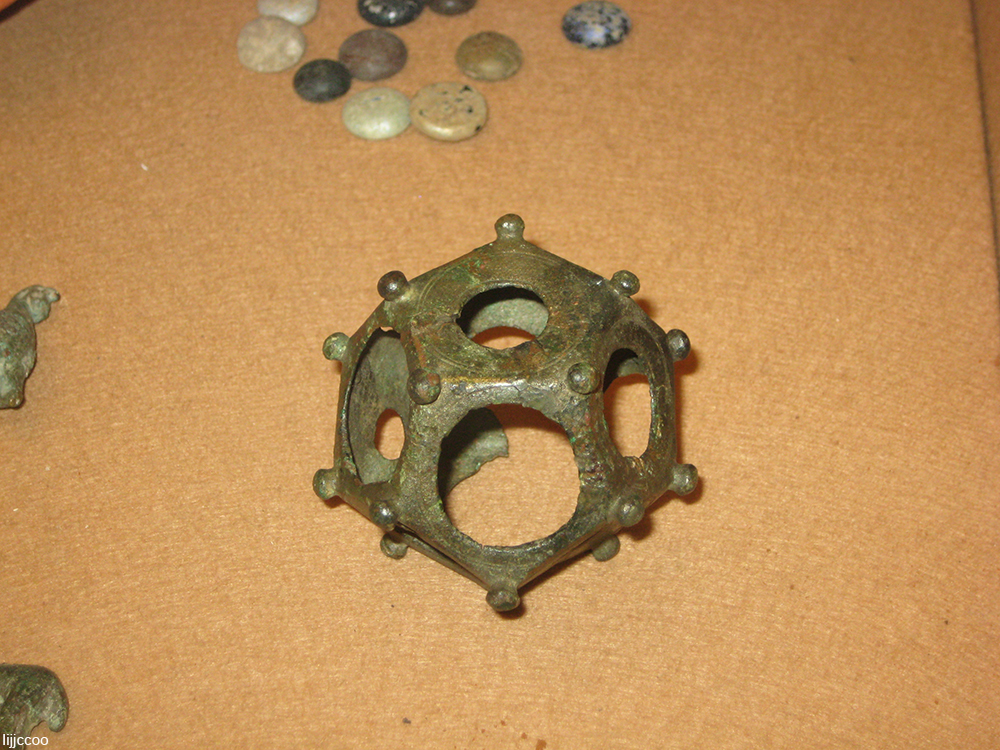 Dodecahedron at a museum in Poitiers, France. Via/ Wiki Commons

Since some of the dodecahedra have been found with candle wax inside and since their use is still unknown, a seemingly-viable theory is that they could have been used in fortune-telling rituals or in religious ceremonies. This could explain why they come in all different sizes.

It’s incredible to think that with our expansive knowledge of science and of the Ancient Romans and Greeks that we still don’t know what these small, metal devices were used for.