6th Century BC Temple to Aphrodite Uncovered in Turkey

Archaeologists have discovered a 6th century shrine to the goddess, Aphrodite, in Turkey recently. At the time when the the shrine was built the location was known as Smyrna and was a part of Ancient Greece. Today, the location is in Turkey, an the coastal area of Izmir. The temple was found on the peninsula of Çeşme, a place where physical evidence of human activity has been found dating back to the Neolithic period. 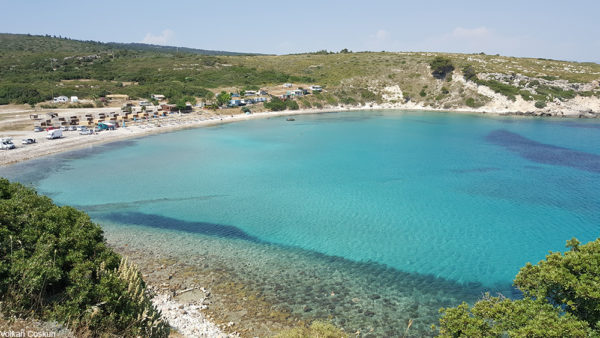 Researchers first found a statue of a woman, as well as a terra cotta head in 2016, though excavations in the area began back in 2006. They also found a stone with an inscription on it designating the area as a sacred one.

The area was surveyed as part of a project through Mimar Sinan University, though the exact location has been kept under wraps in an attempt to prevent looters and smugglers from stealing precious artifacts. Researchers later indicated that the archaeological site was not in a spot easily accessible by car and that the area was being guarded against thieves.

Along with the remnants of a temple to Aphrodite, the archaeologists found evidence of 35 different ancient settlements in all at the site, including 16 from the late Neolithic period.

At the time the temple was constructed cults surrounding various Greek gods and goddesses were common. In some cases people would dedicate their lives to the service of the deity and their temples. Aphrodite was the goddess of love, beauty, passion, and procreation. The Roman counterpart to Aphrodite was Venus, and both figures came to symbolize physical beauty and aspects of romantic love. 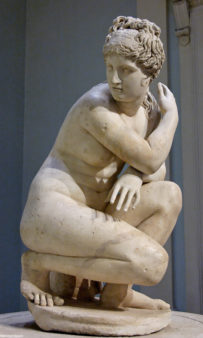 Stone statue of Aphrodite kneeling, held in the collection of the British Museum. Via/ Wiki Commons

It’s not hard to imagine people committing their time, money, and intent to a figure who represents so many desirable things in life. Local cults focused on different aspects of Aphrodite’s traits and governances, meaning that each Aphrodite cult had their own way of doing things.

The goddess was the focus of the nearby ancient Greek city of Aphrodisias, Caria, Turkey, where the ruins are still very much visible today. 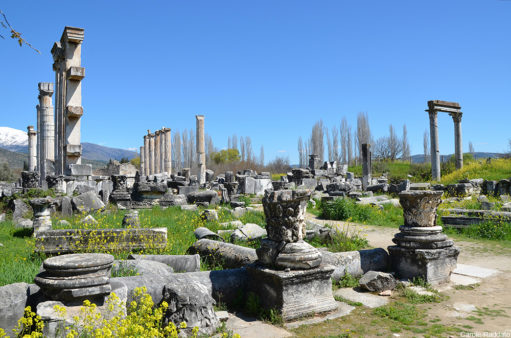 Ruins of the temple to Aphrodite, Aphrodisias, Caria, Turkey. Via/ Flickr

The nearby location of Cyprus was also a hotspot for Aphrodite cults. Enchantment with the goddess continued to flourish even after the widespread adoption of Christianity. Today many visitors still marvel at Aphrodite’s Rock in Cyprus, the place where the goddess was said to be born from the sea. The location serves as a reminder of her importance in the region throughout antiquity. 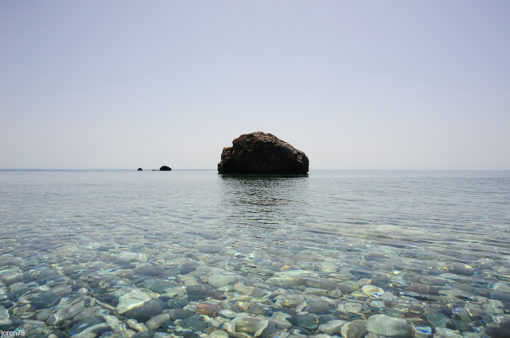 The head of the Turkish archaeological project, Elif Koparal, said that the site of Aphrodite’s temple was a “fascinating and impressive discovery” and that it is “not common to find a temple during a surface survey.”