The Amazing Sutherland Sisters and Their 37 Feet of Hair

From the early days of the circus, crowds were fascinated by those who looked unusual, whether it was something you were born with or not. Barnum and Bailey’s traveling show was among the best-selling shows for the second half of the 19th century, creating a market for the daring and unusual. And, the Sutherland sisters took advantage of this new style of entertainment to the fullest extent by wowing crowds with their long, luxurious hair. 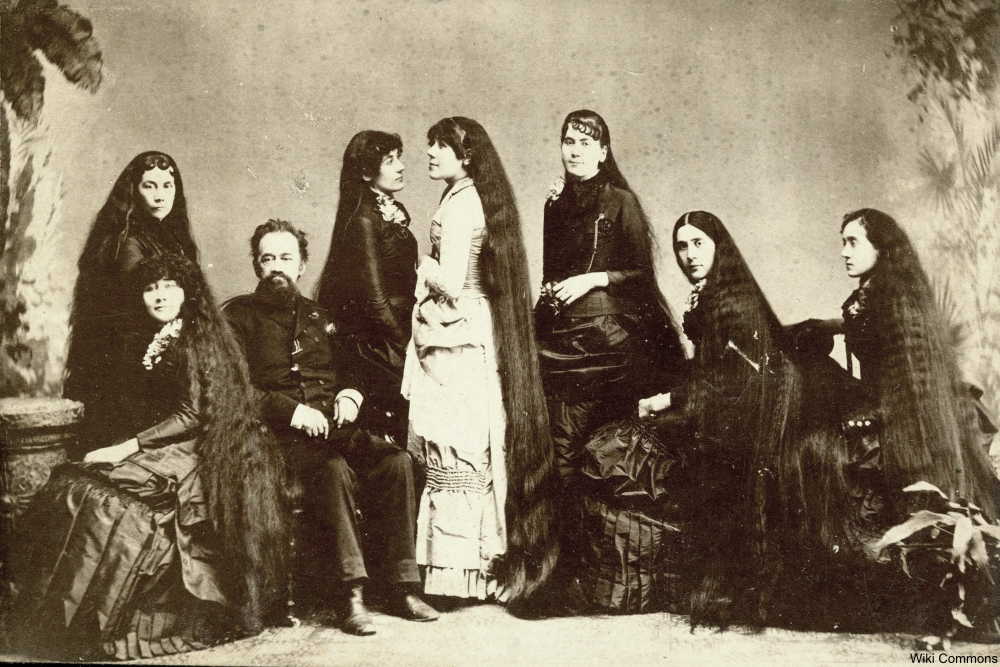 Born in Niagara County, New York, the 7 Sutherland Sisters began life working on a turkey farm, often in bare feet, in a make-do life of poverty. But, the sisters could sing, too, and that’s how they got their start in show business.

After performing at church, the Sutherland sisters went on to perform for crowds in theaters, an act which included their only brother, Charles. The girls would let down their long tresses at the end of the performance and the crowd would go wild, prompting the removal of their brother from the show. Now the mane event (so to speak) the sisters’ claim to fame drifted from their singing abilities to their famously long and silky hair. 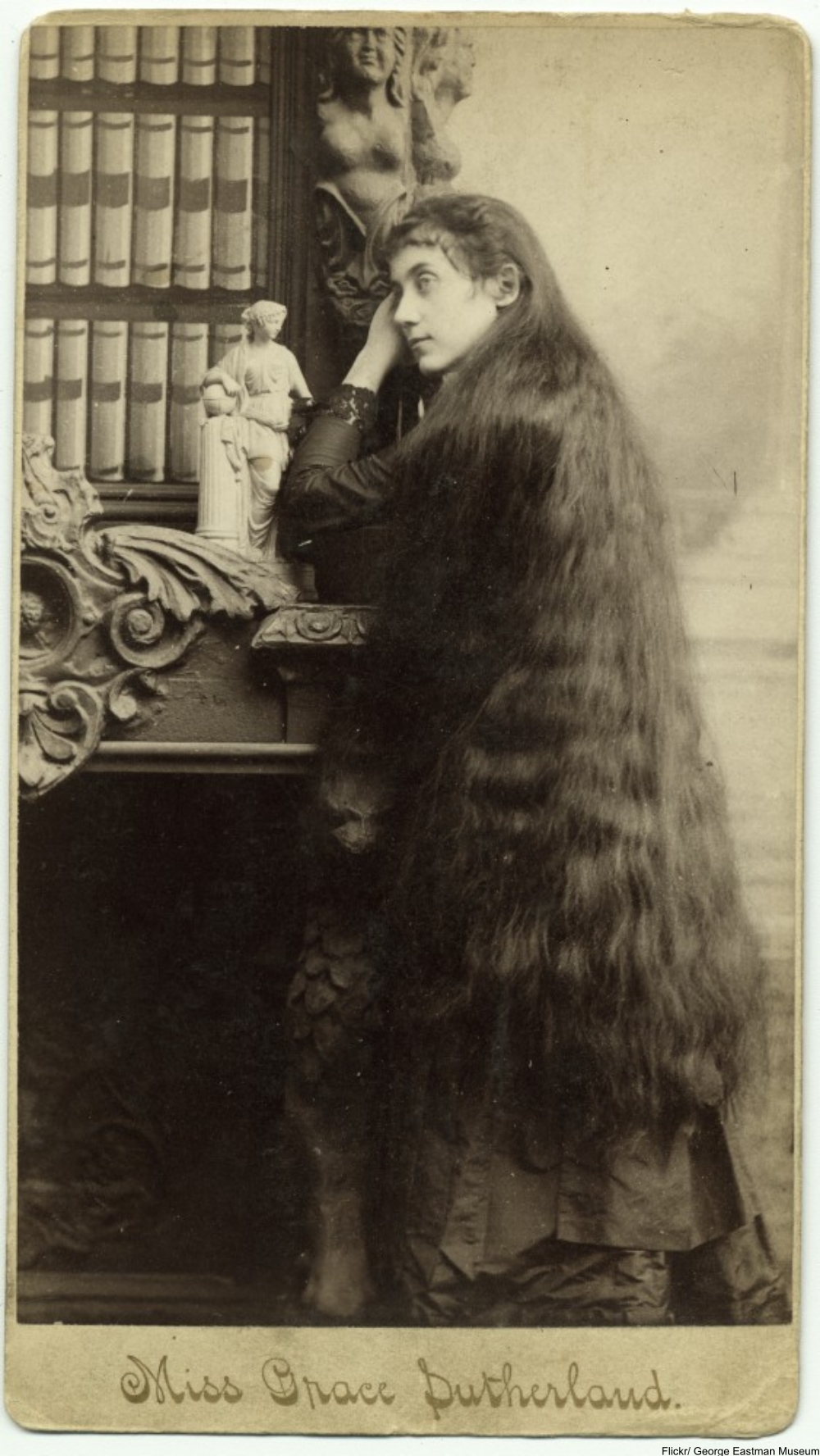 The Victorian era was a time of public infatuation with very specific ideas about feminine appearance. Ideas on the immoral flashiness of makeup, bright colors, and even jewelry were widespread. While long hair was considered the “crowning glory” that most women and girls aspired to achieve, social standards meant that it would almost certainly never be seen unfurled outside of the home. This made a gathering of 7 women with their impossibly long hair exposed somewhat closer to a peepshow than a circus act by Victorian standards. 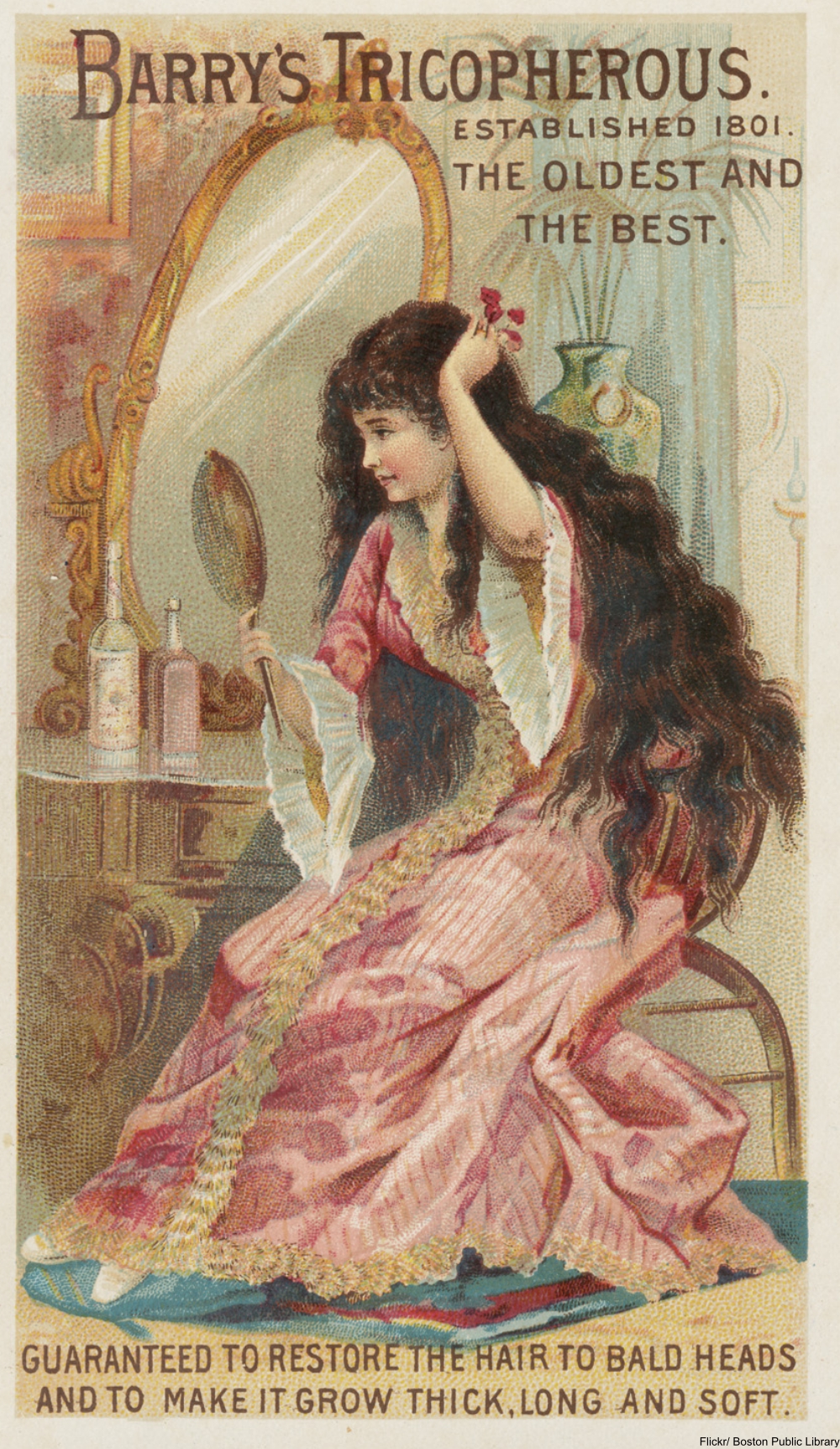 Since long, lustrous hair was so sought after, some women developed a cult-like devotion to growing their hair as long as they could. In this era mass-produced but as-yet-unregulated tonics and beauty treatments were in abundance for those who could afford them. It was only a matter of time before the Sutherland sisters decided to cash in on this craze. After touring with Barnum and Bailey’s Greatest Show on Earth, the sisters created their own hair products to compete with the many others on shelves at the time, using their highly-recognized name and imagery of course.

The Sutherland sisters capitalized on the quest for suitably long hair by selling their own hair tonic, supposedly modeled on the one their mother had made at home for them and applied to their hair every day before her untimely death. It cost $1.50, a whopping price considering that a bar of soap cost about 10 cents in the 1880s! The sisters’ hair soap was much more affordable at 50 cents. Package directions from a 1918 sample advised using the soap once or twice per week. 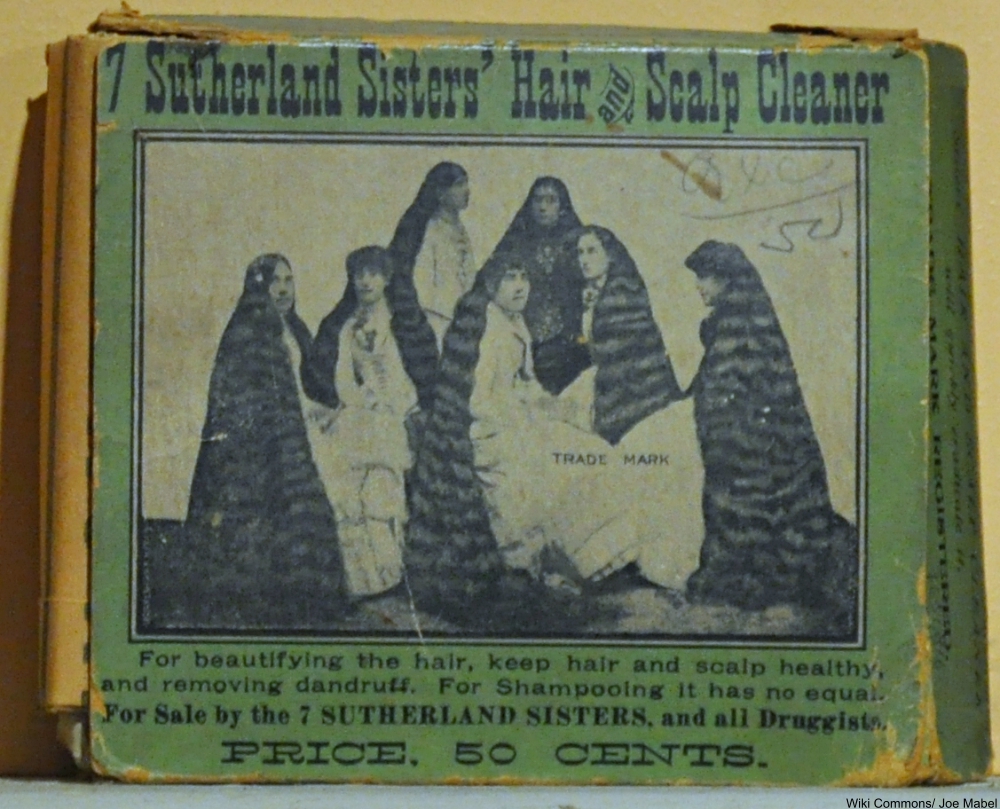 After World War I, the idea of women working outside the home, of spending their own hard-earned money, and of independence gave rise to a new kind of beauty ideal. The modern bobs of the ’20s ended up killing the 7 Sutherland Sisters brand of hair products and the sisters died in relative obscurity, having blown through their fortunes long before their deaths.

Their names may have faded from the spotlight, but the photographs of their incredible hair (nearly 37 feet long altogether) remind us of a time not so long ago when women would have done anything for hair like the amazing Sutherland Sisters!