53 Astounding Photos Of WWII That Speak To Us Across Decades

We’ve all seen numerous images from World War II that make our hearts jump or sink. As the most well-documented war at the time, the range of emotions captured by photographers during WWII is truly astounding. The contrast between victory and loss is apparent in the thousands of images that tell the story of WWII. They speak to us from across decades and express what our parents and grandparents lived through. 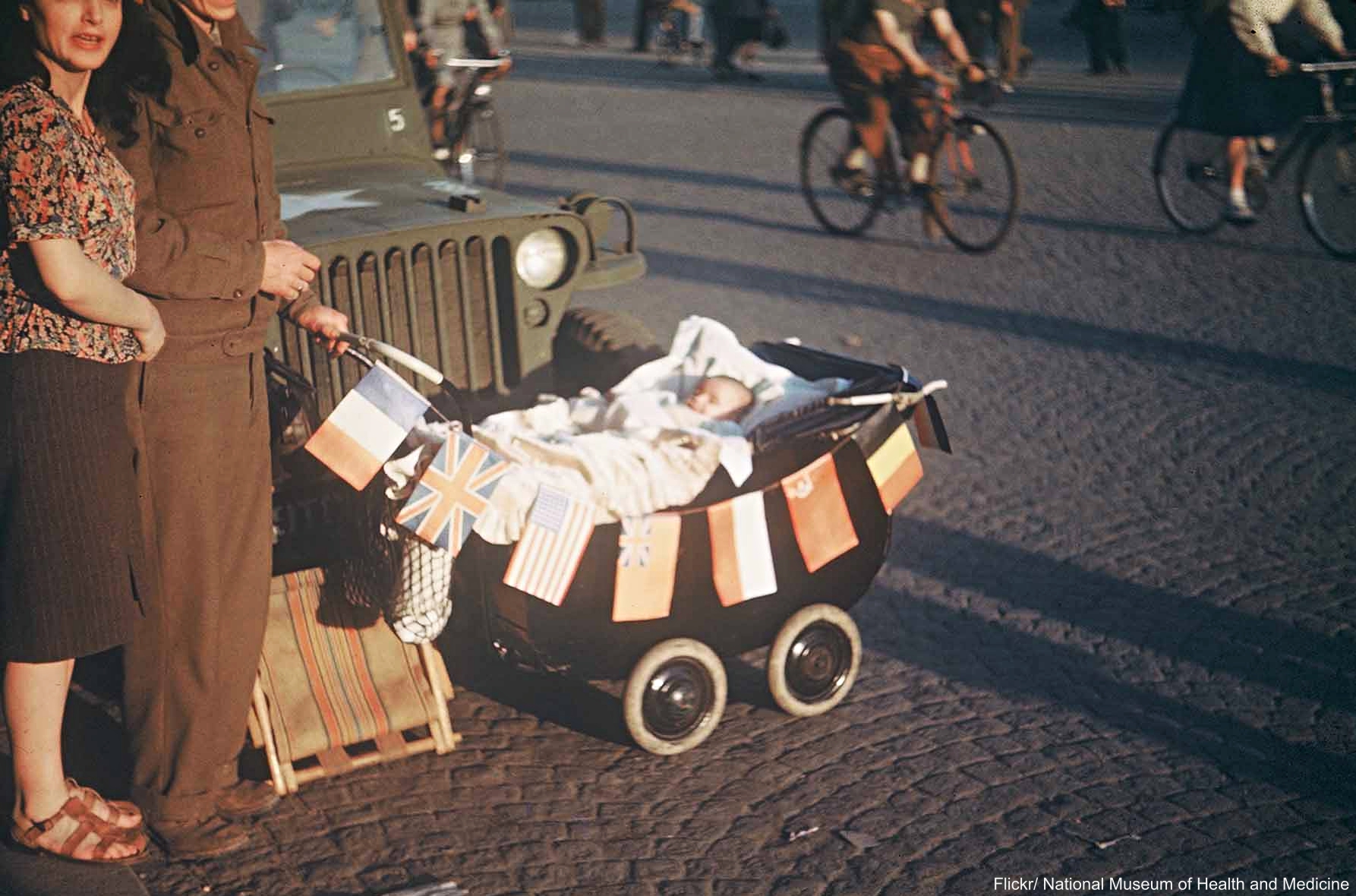 The Normandy landings on D-day (June 6, 1944) were a huge cause for hope for most of the world. In France street celebrations were documented by an American pathologist, Major Sylvester F. Crynes MC, in this amazing color photograph showing the allied flags strung like bunting on this baby’s stroller. What a symbol of unity!

The Battle of Tarawa 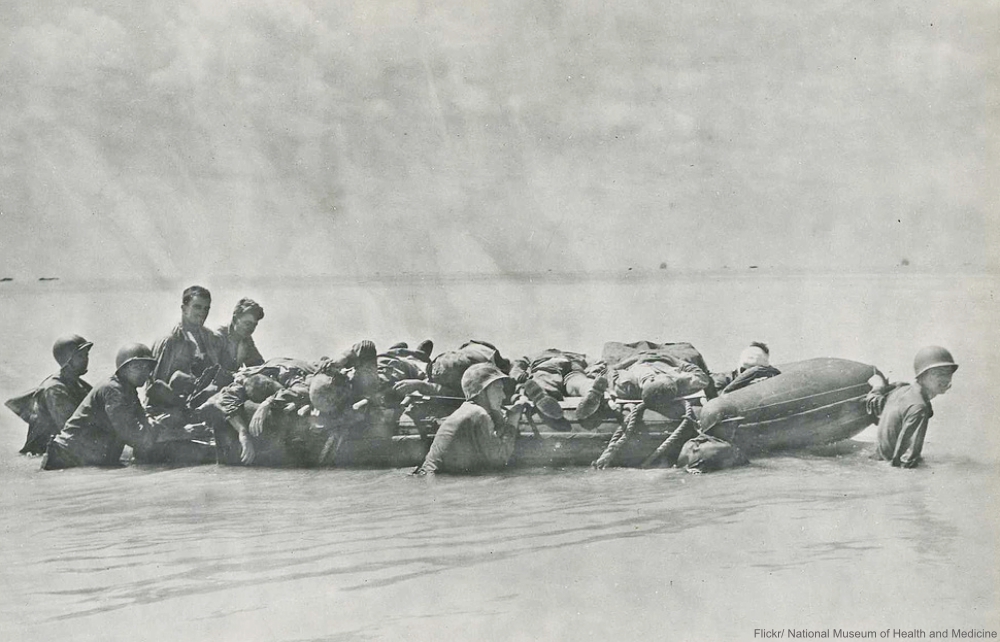 The rescue of their fellow soldiers by guiding an inflatable raft to shore is an extremely moving scene. The Battle of Tarawa in November of 1943 resulted in over 6,000 deaths (between the American and Japanese losses). Most of us can only imagine what a wounded solder in the water might have been feeling at that moment.

German Troops at the the Arc de Triomphe 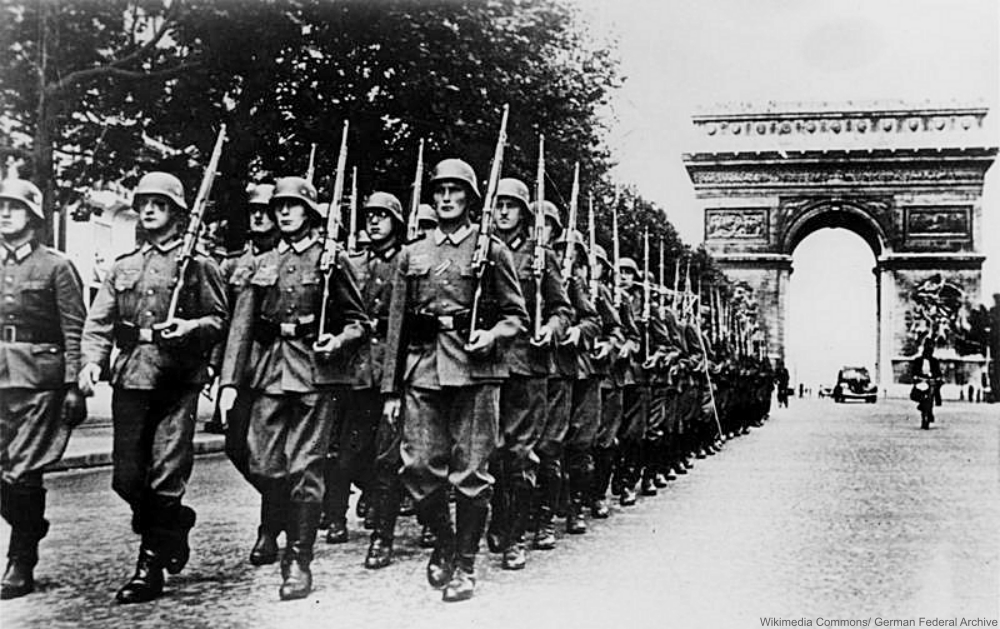 A clear sign that the Germans have taken control: lines of Nazi soldiers at the Arc de Triomphe. It must have seemed like the world was ending and that France would surely cease to exist. This photo from June 1940 is what Parisians in the street would have seen as their city was rendered nearly unrecognizable. 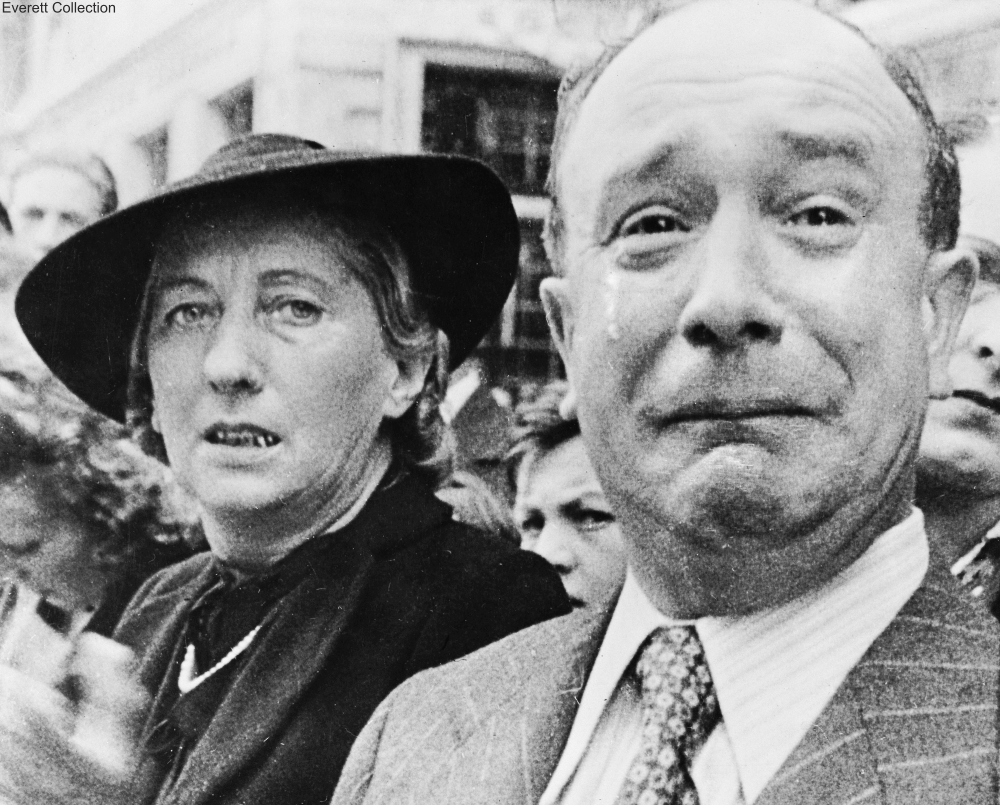 A Parisian man weeps as the Germans take control of the city in 1940. This photo speaks volumes about the impending sense of doom they felt. Invasion was the fear of all Allied nations. 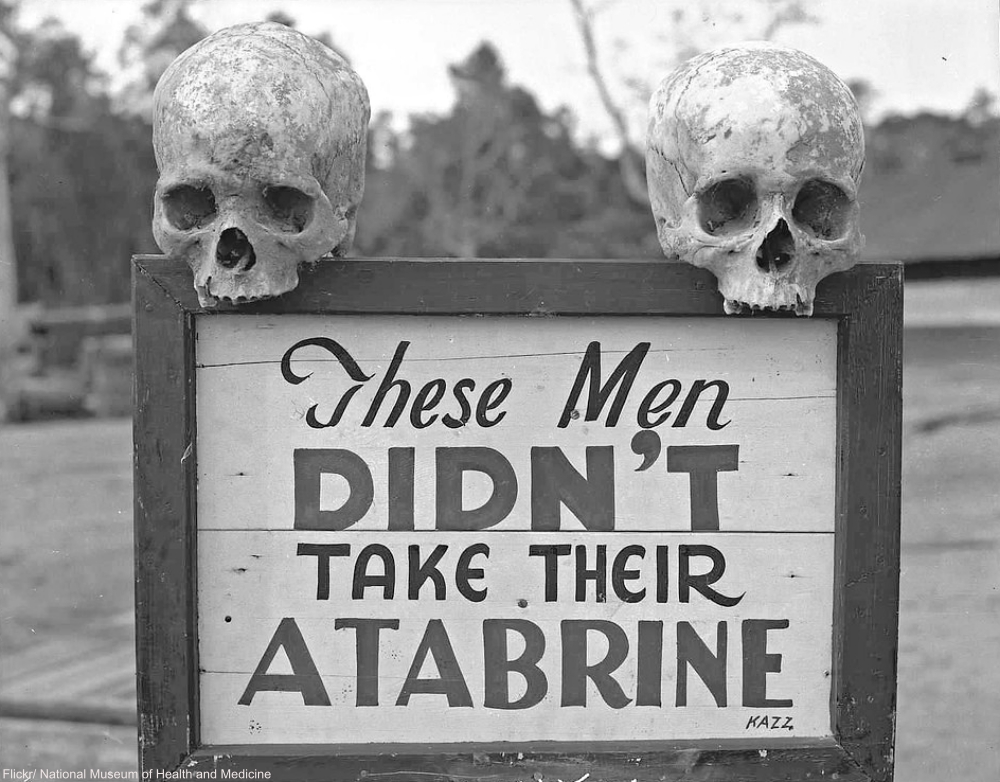 Any soldier stationed in the South Pacific would have needed to be on top of their anti-malaria medications. Soldiers were reminded in no uncertain terms what consequences lay ahead for those who did not. This sign was posted at the 363rd Station Hospital in Papua New Guinea.

Storming the Beaches of Normandy

This image of U.S. troops approaching “Omaha” beach in on the coast of France on June 6, 1944, is one of the most powerful images showing what our boys were headed into. The water, the gunfire and the chaos must have been overwhelming, and yet they pushed on with courage. 2,000 U.S. soldiers and 1,200 German soldiers lost their lives during this attack that went awry. Because nothing went to plan, those few of our troops who survived unharmed were left to improvise small battles once they were behind enemy lines. Those small wins led to the eventual success of the D-day goals and the turn of the war in our favor. 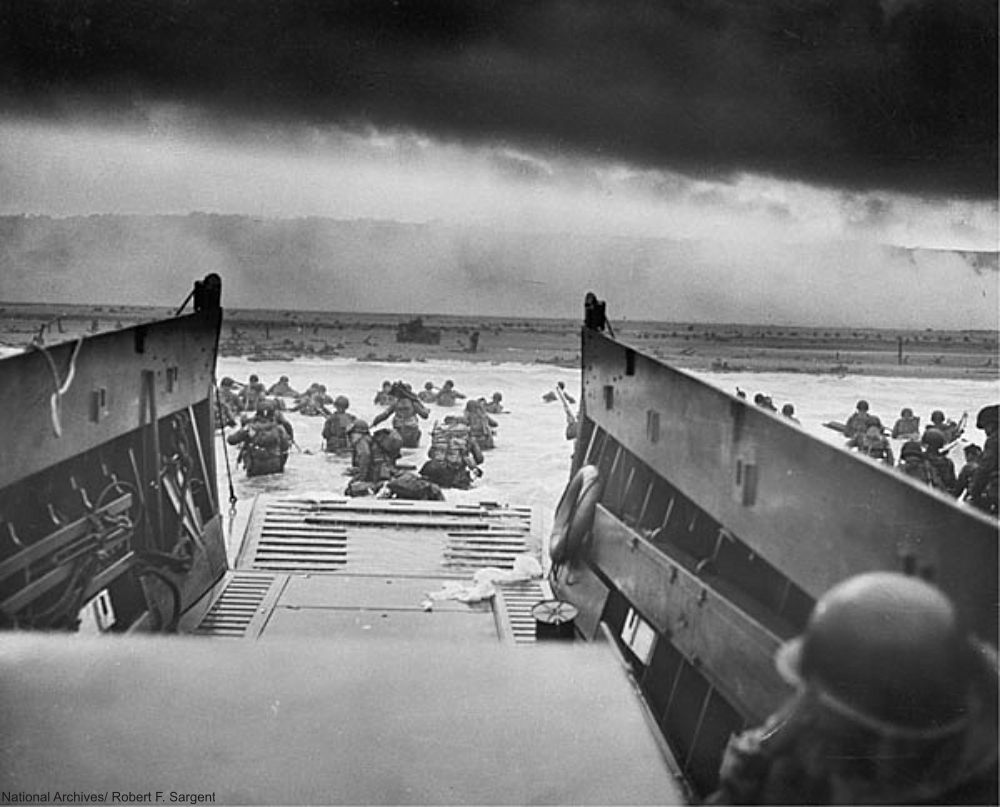 Raising the Flag at Iwo Jima

Between the losses on each side, the casualties of the Battle of Iwo Jima numbered at more than 20,000. And, nearly 20,000 U.S. troops were wounded. The placement of the flag in 1945 was a small victory for us and this photograph (taken only five days into a battle that lasted over a month) was a hopeful token to hold on to. This image, taken by Joe Rosenthal, became one of the most widely circulated images of the war at the time and remains a powerful image for the U.S. The United States Marine Corps War Memorial in Arlington, Virginia, is based on this image and it attempts to bring the photograph to life for the thousands of visitors each year. 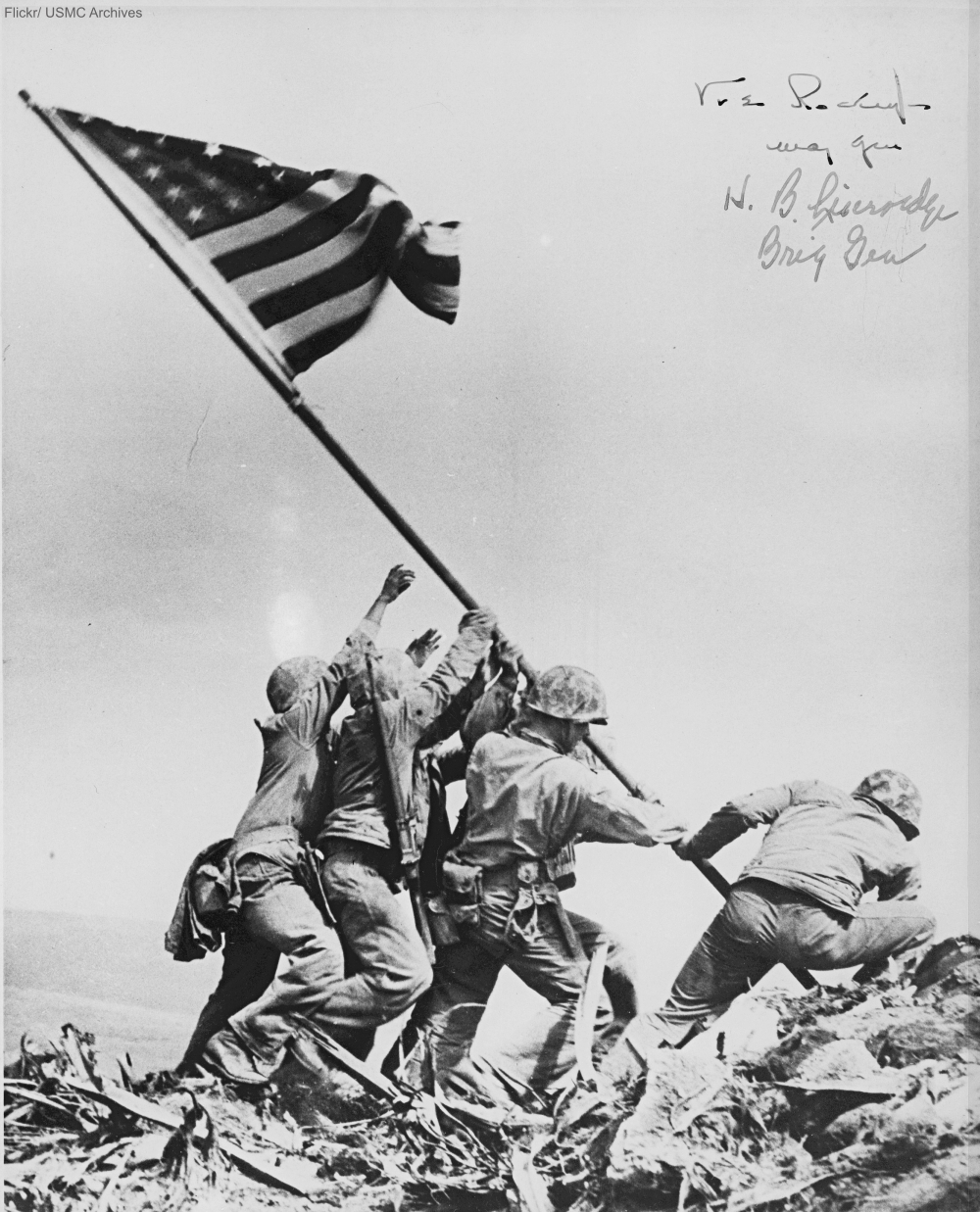 The relief the prisoners feel in this photograph is clear on their faces as they run up the hill, the passengers disembarking realizing with joy that they are not headed to a concentration camp. The liberation of Bergen-Belsen concentration camp and the passengers headed there in 1945 was a monumental undertaking, as was the liberation of each camp. Despite the fact that there were no gas chambers in Bergen-Belsen, tens of thousands of Jews and other prisoners died there from typhus and poor conditions. This image makes it utterly clear what we had been been fighting for. 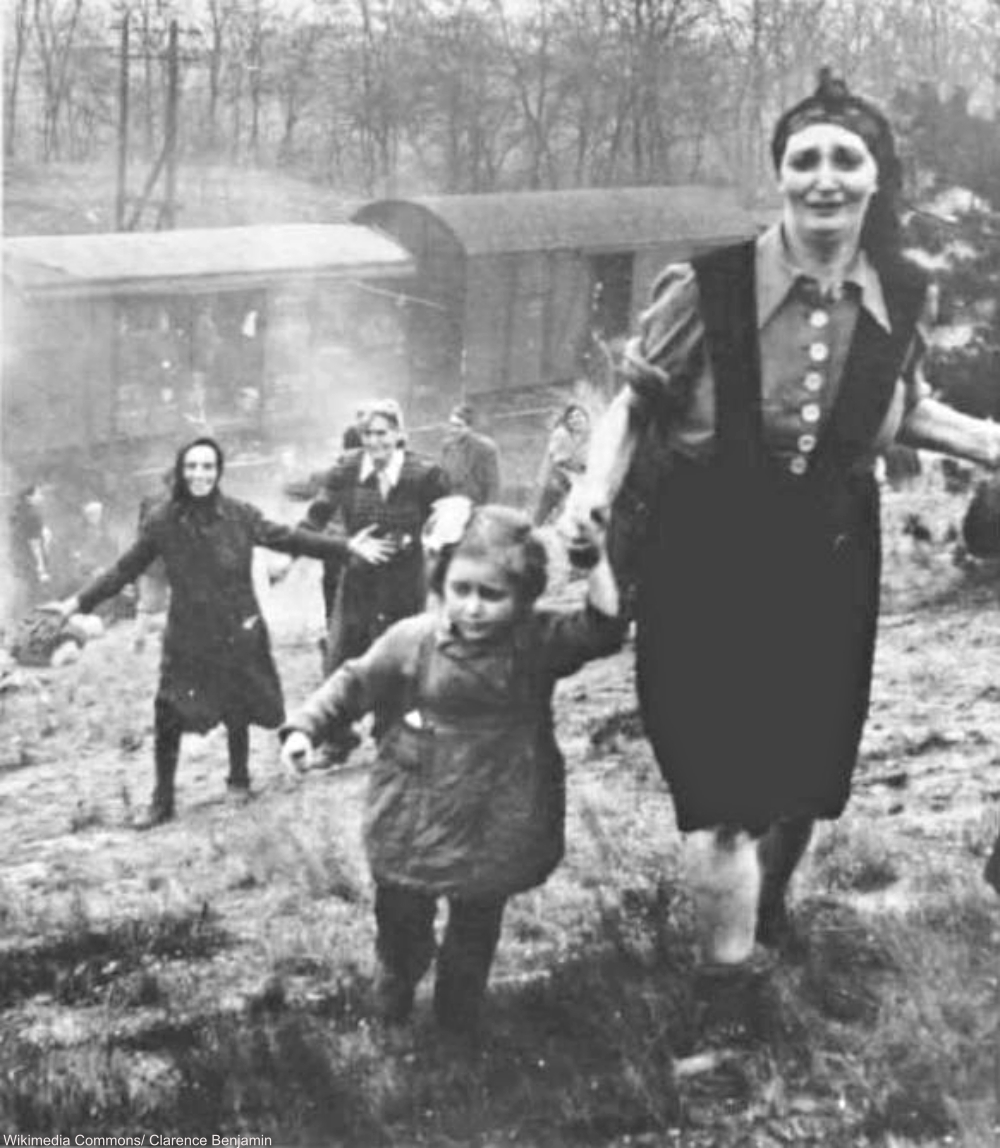 The number of celebrations on V-J Day were countless and any Allied citizen had great cause to rejoice. Scenes like this one could be seen all over Europe and the U.S. Though the term can refer to several different significant dates involving the surrender of the Japanese in 1945, the first of such celebrations took place on August 14th. 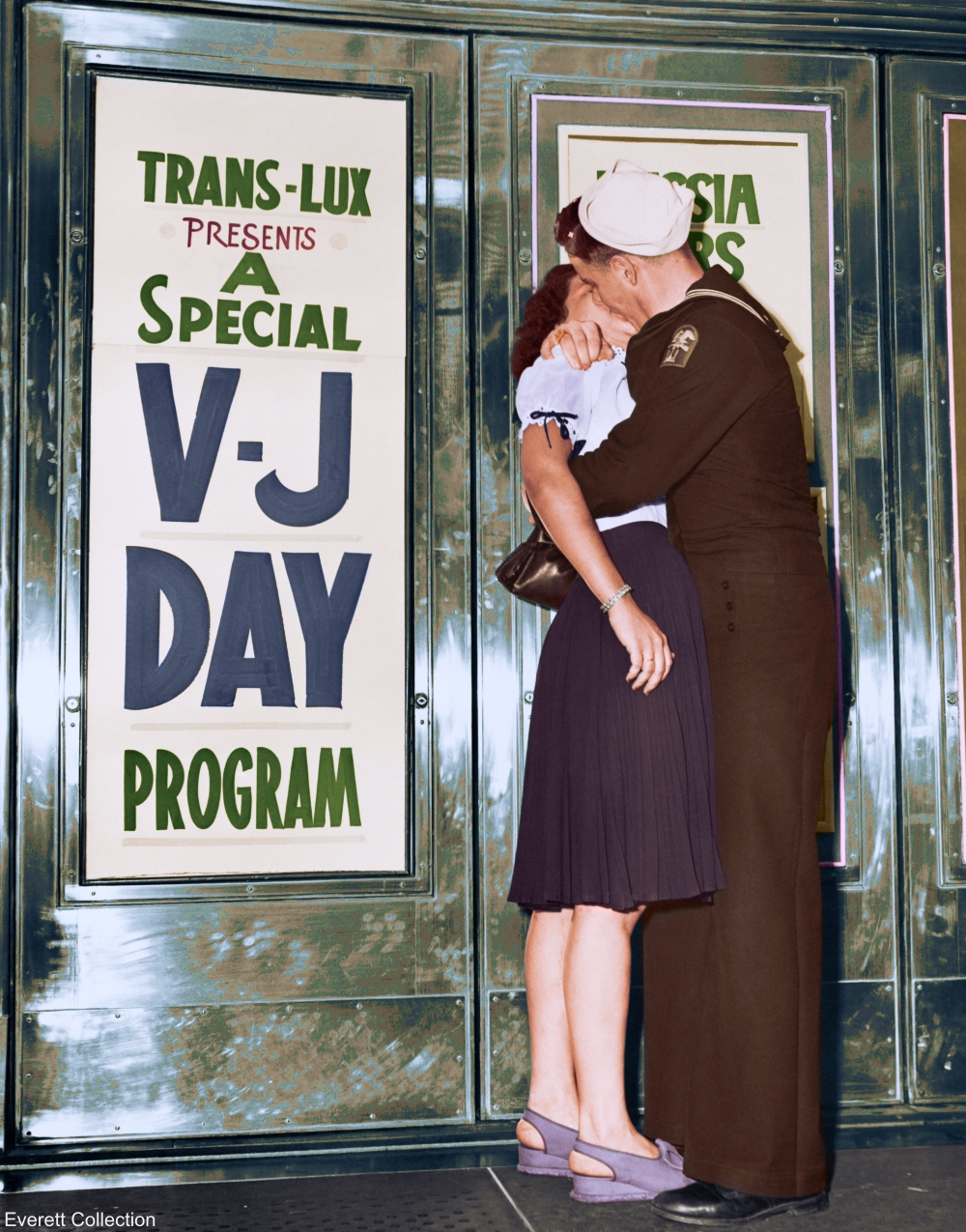 This, though, is by far the most well-known image from the end of the war and the celebrations of victory on V-J Day on August 14, 1945. There are several slightly different versions that were made famous. The image below was taken by Victor Jorgensen, though a competing image was published in LIFE magazine (taken by Alfred Eisenstaedt). Is there a more joyous and enthusiastic observation of our victory than this? 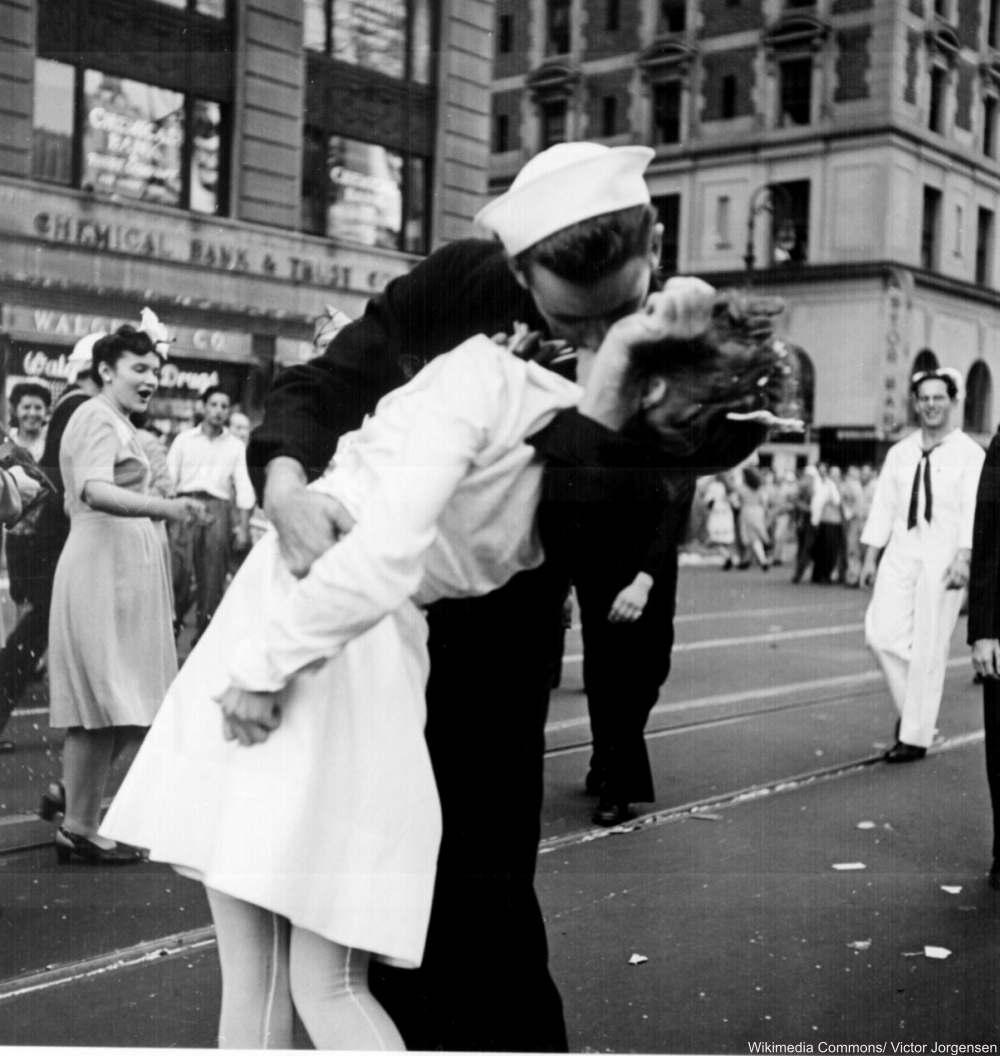