7 Baby Items That Have Long Since Gone Out of Style

Having a baby today means having a huge inventory of baby items to care for and entertain the little one. Toys, bottle warmers, special interactive blankets and even self-rocking cribs are on many families’ wishlists now, but in the old days many baby items were quite different to the ones we use nowadays.

Some of the old baby items simply weren’t safe, while others fell out of fashion or were replaced by easier-to-use items. Here are 7 baby items that you don’t see people using anymore. 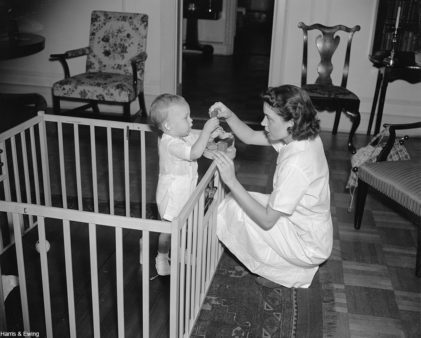 For many years glass baby bottles were the only thing many mothers used to feed their babies, particularly during the 1950s and 1960s when many women were encouraged to use formula. But, one slip and you’d have a huge mess of formula and broken glass on your hands. When plastic baby bottles became the norm many women breathed a sigh of relief and not having to worry about that anymore. But, in light of concerns over the safety of plastic bottles, it is possible that glass baby bottles (and the woes they bring) could make a comeback. 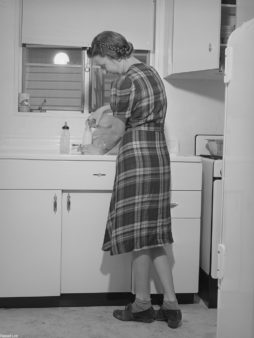 There was a time when the family rocking horse would have been used by every child in the family, a living heirloom that was an emblem of childhood and family unity. Some kids were even lucky enough to ride on a rocking horse (or hobby horse as they were also known) that had been handmade by a family member. 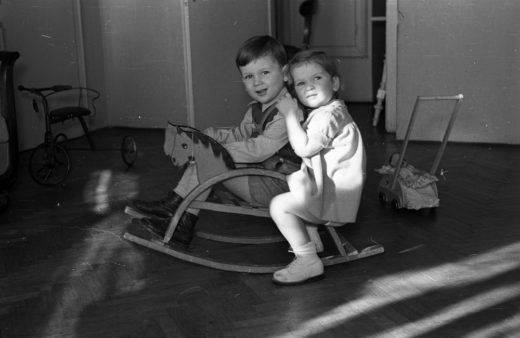 These classic toys were once the bees knees and were found in just about every nursery. Toys like these were in use from the 1700s until well into the 20th century, when newer styles of toys largely replaced these old-fashion pull toys on wheels. 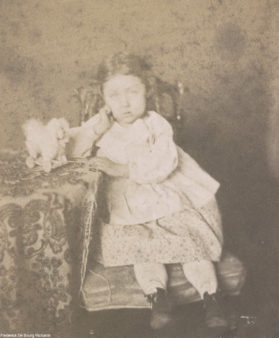 Today we might give a child a tablet or read them a book while they are learning to use the toilet. But, in the old days some families used rocking potty chairs to entertain the child while they did their business. 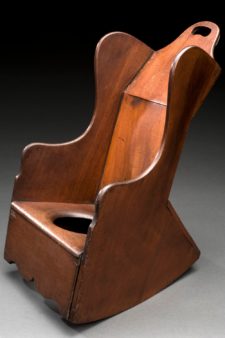 There’s no way that a contraption like this would pass inspection today, but back then the standards were much different. In fact, many baby items were not regulated at all until the recent past. 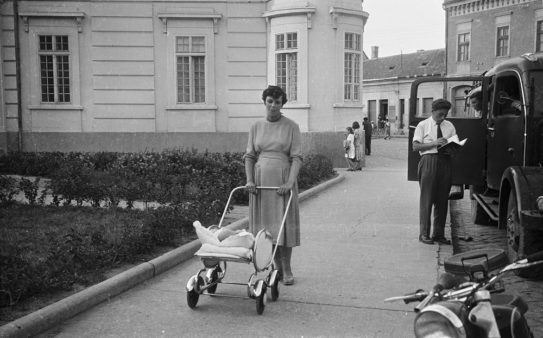 Today we know that anything can happen if you turn your back for even a second when it comes to children. This is why anything too small, too big, or too sharp is not suitable for baby. But, in the old days many babies and toddlers were given toys made for much older children with the intent that they should grow into them. 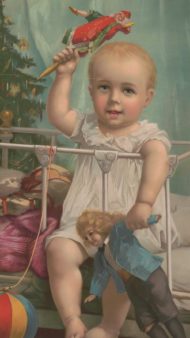 Ultra-low strollers, known as perambulators, were once common for women of means. The low stature meant that they were easier for women to push. But, they could also easily become hung up on sidewalk curbs. They also weren’t suitable for anyone of above average height, which would be a problem in modern times in light of how many men are active in childrearing today versus in the old days. 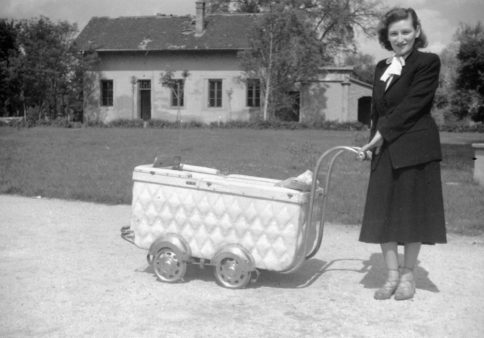