Take a Tour of a Unique 1960s Hexagonal House

In the 1960s there was a rethinking of just about everything. From hairstyles to skirt lengths to recipes, art, and toys, a flood of new ideas changed how many people saw the world. This was nowhere more true than in the various fields of design and home building. The 1940s and 1950s had been a time of such great demand for housing that modular or prefab homes had become common. These methods for very quickly building houses were integrated into more modern designs, some of which were pretty far out there. Case in point: hexagonal houses. 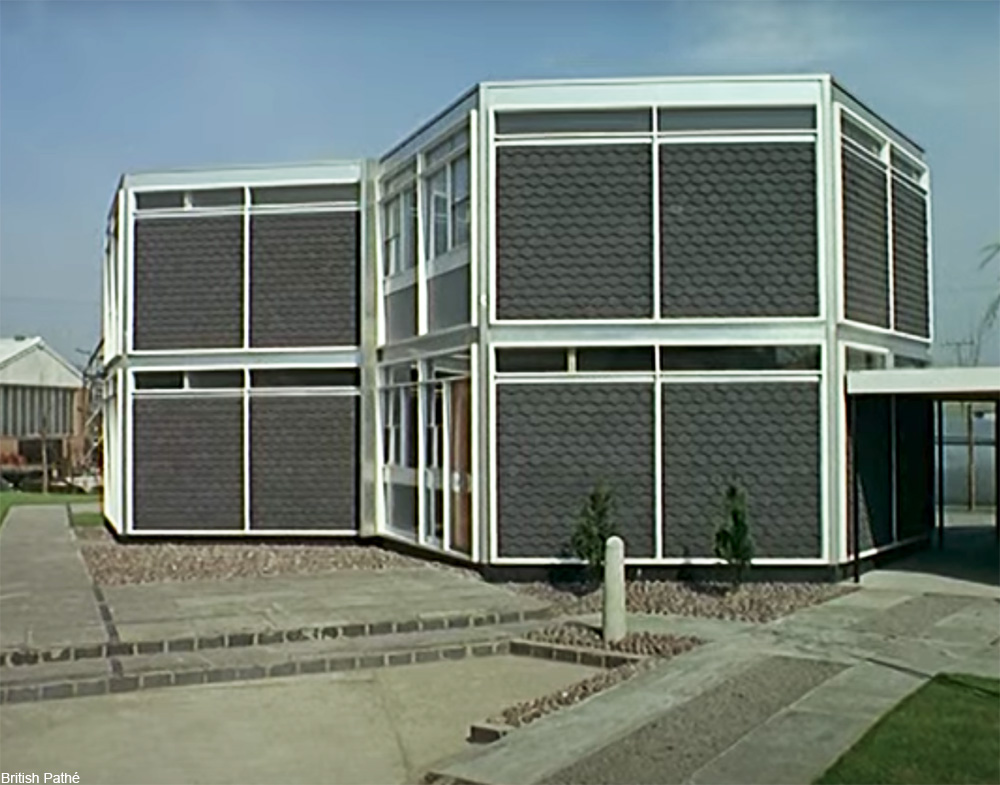 There prefab homes were built in the mid-1960s to solve the ever-increasing cost of housing in the U.K. Referred to as beehive houses, these structures could be comprised of multiple hexagons that joined each other like the structure of honeycomb. According to British Pathé, one of these homes could be raised in a single day, and “without the offense that novelty so often brings”. However, we’d have to assume that the interior finishes and plumbing took quite a bit more time than that to complete. 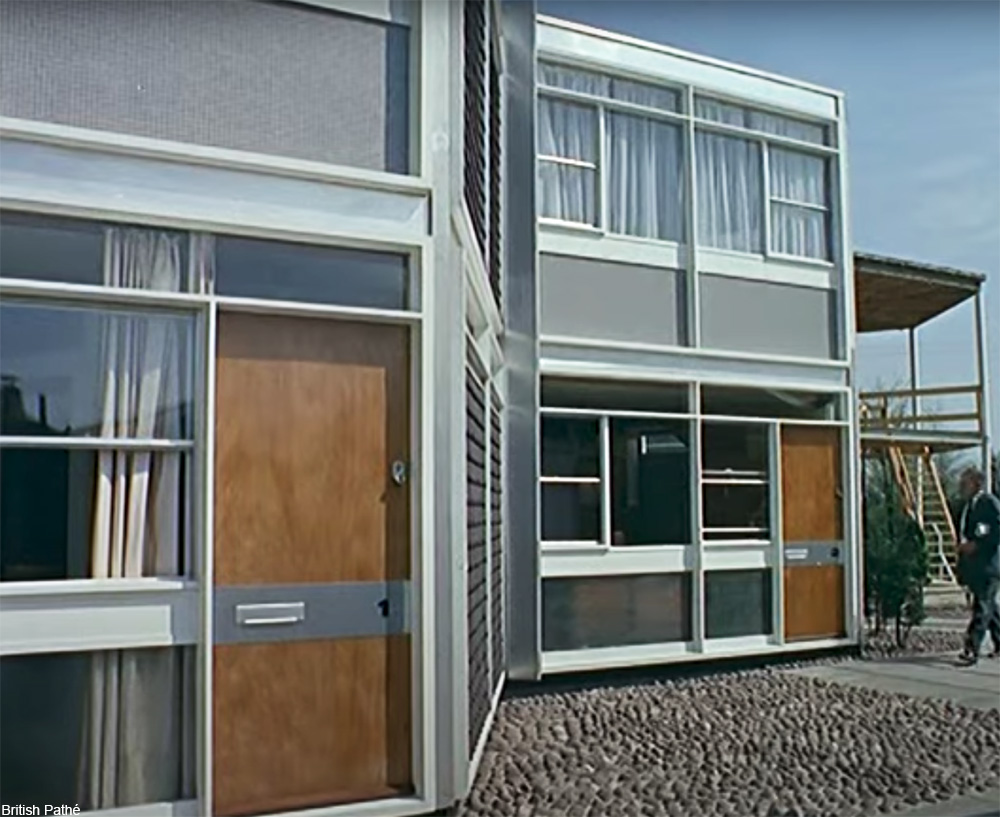 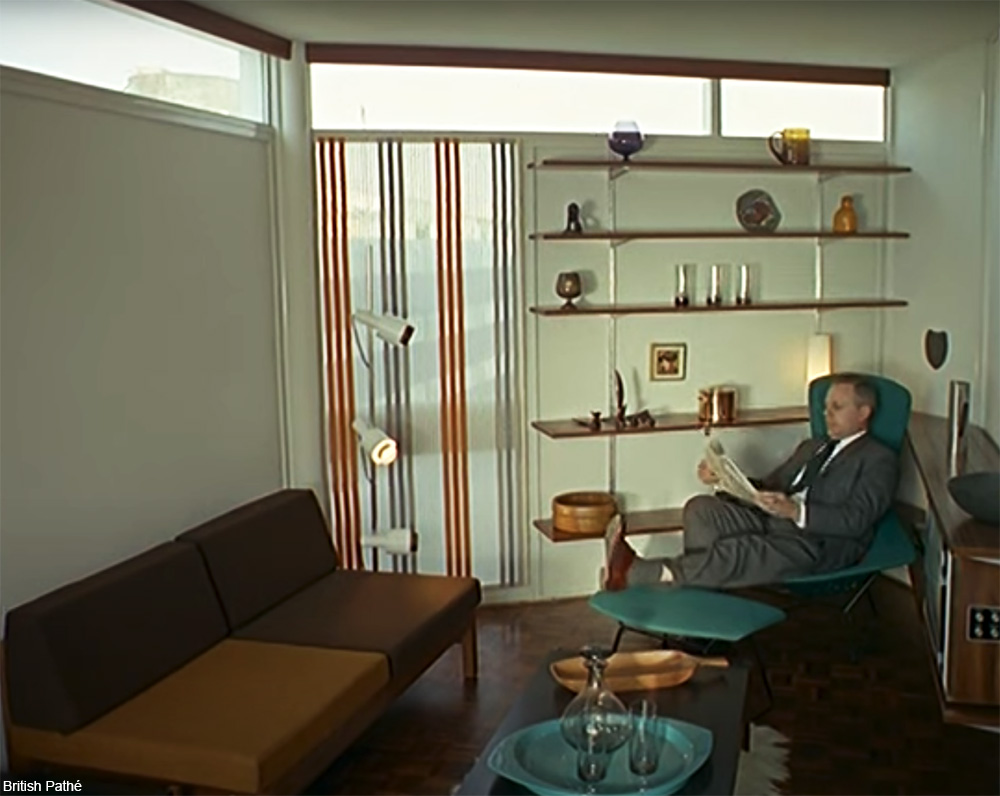 The main benefit of such homes was their low cost when compared with houses built using traditional methods. We can’t help but think houses like these would be a welcome option for homebuyers priced out of many cities today as well. 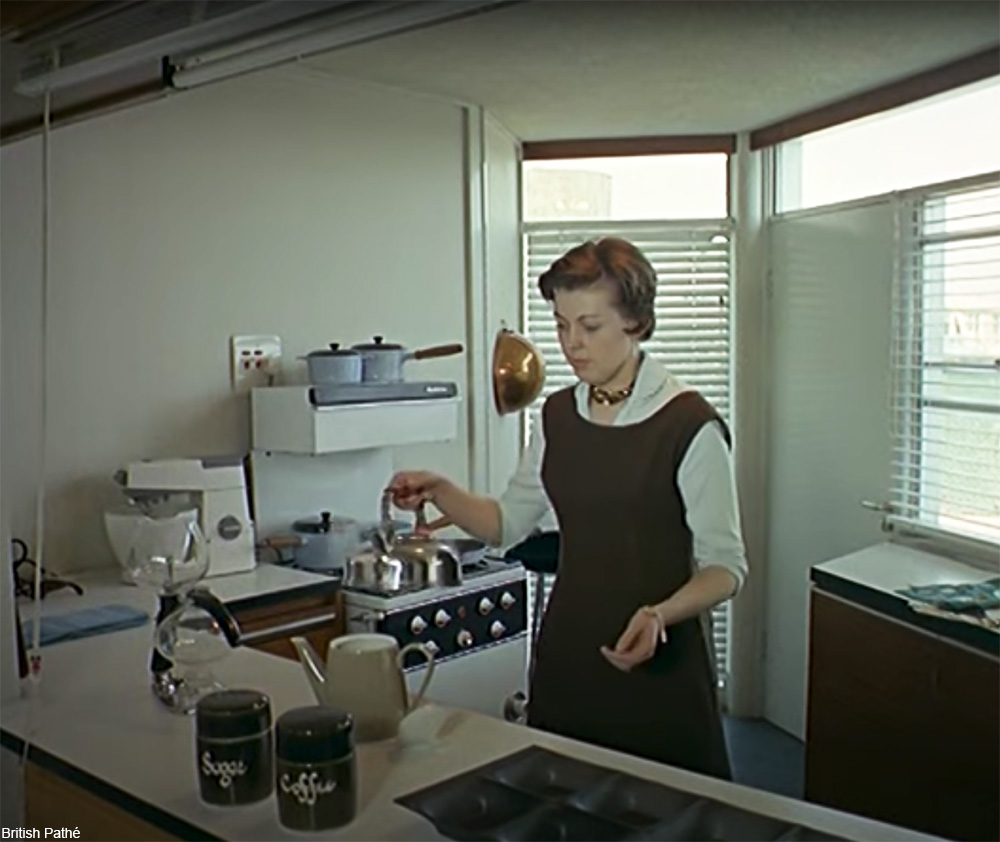 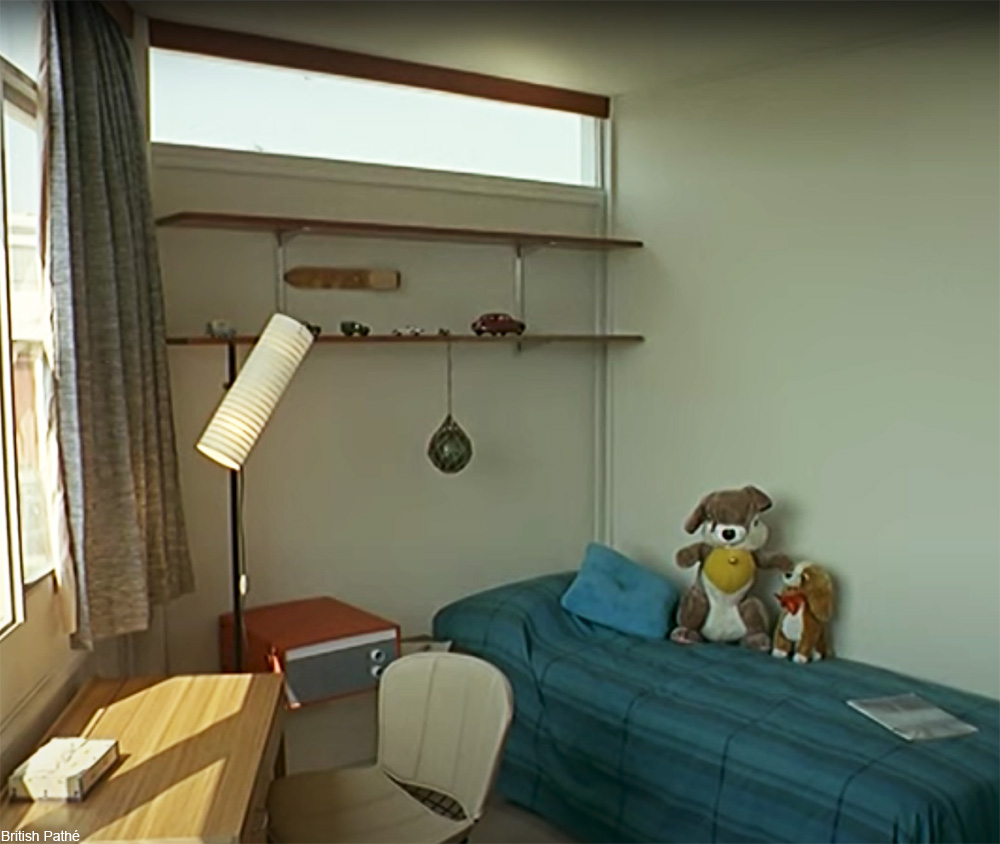 The interiors look absolutely stunning, with that Mid-century Modern look to everything from the furniture to the lighting to the kitchen. 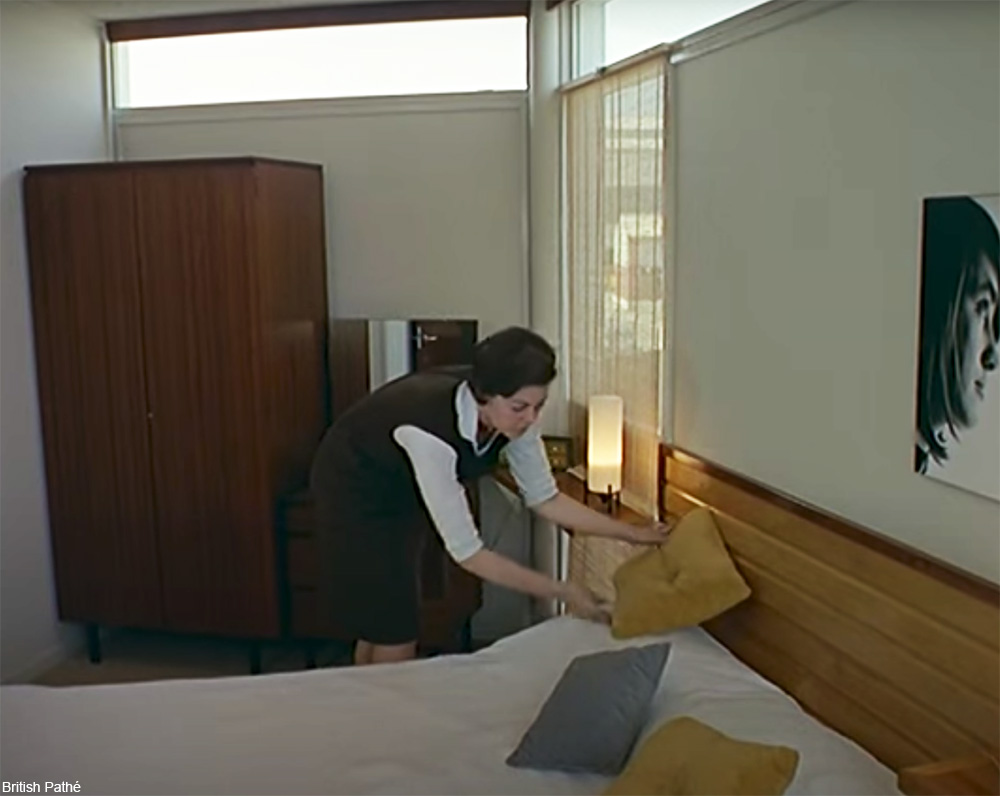 See inside one of the prototypes for the amazingly mod hexagon houses in the video below from 1964.