Catch a Glimpse of a 1960s Beatnik Wedding

In the early 1960s most weddings were traditional, if often small, as young brides usually wore frilly white dresses. Young people who were hip were sometimes called beatniks, even though that set was more active during the 1940s and 1950s. During the era major films like The Beat Generation and even B-movies like A Bucket of Blood (both from 1959) sensationalized the the beatniks and brought the term into public discourse. Not every hep cat was really a beatnik, but we have to wonder which group these young couples actually belonged to. We’ve not seen anything quite like it before. 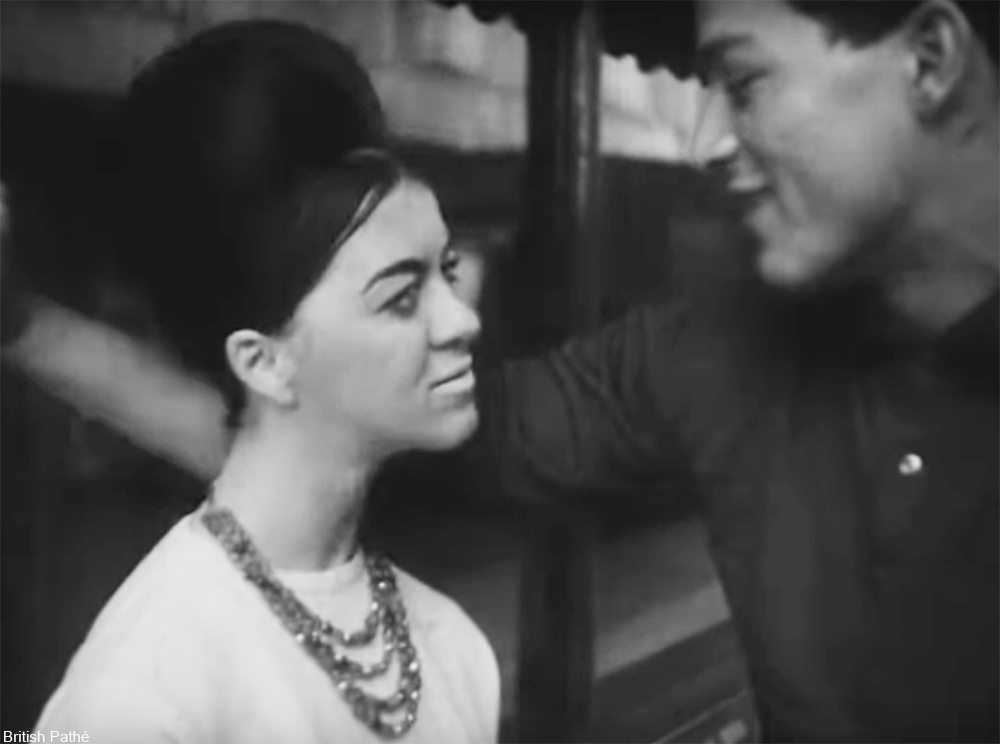 Before the counterculture and student movements of the 1960s completely changed how young people interacted with the world, many different subcultures fell under the umbrella term of beatniks. In 1960 a short film of a double wedding of two young, modern couples in London was labeled as a “beatnik wedding”. At first glance it looks like a normal wedding, with the poofy dresses, pillbox hat veils, and suits you’d expect. But, the end brings a real surprise as the brides’ dresses turn out to be not so traditional after all. 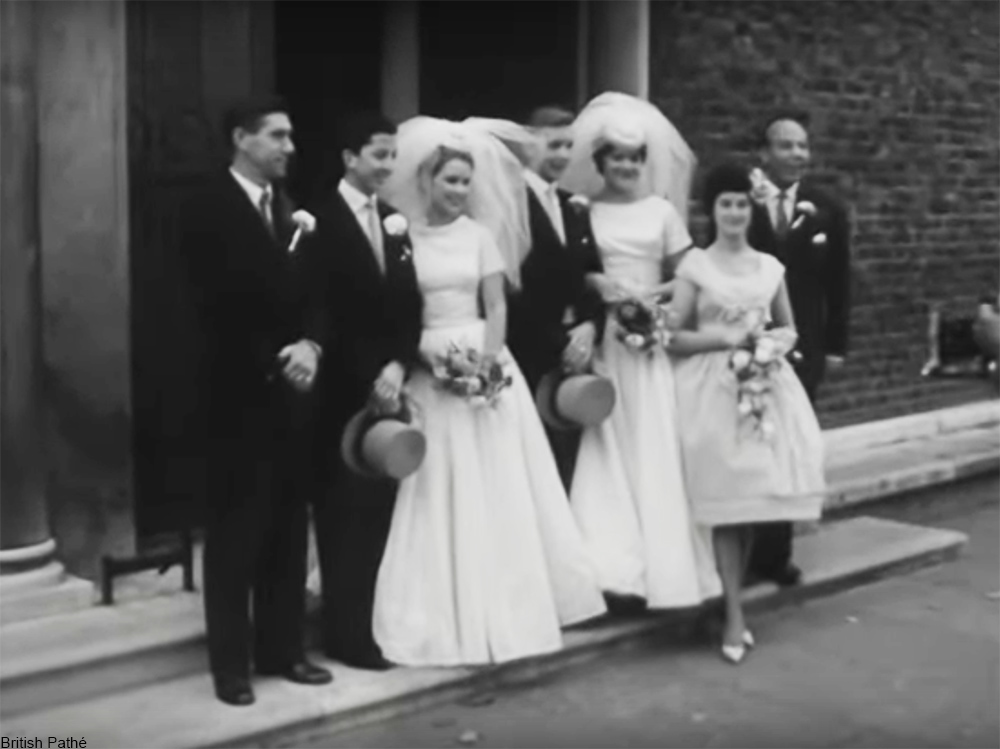 Have a look at this 1960s wedding, (complete with convertible dresses) in the video below.