Inside the 1958 Space Station That Never Was

During the Space Race, the U.S. was working hard to find any and all new possibilities for exploring space. In 1958 the space program was brand-spanking-new and going to the moon wasn’t even on the menu yet, although we knew we had to have some big plan to compete with Russia’s newly-launched Sputnik satellite. A space station was seen as the next viable step in discovering more about outer space. 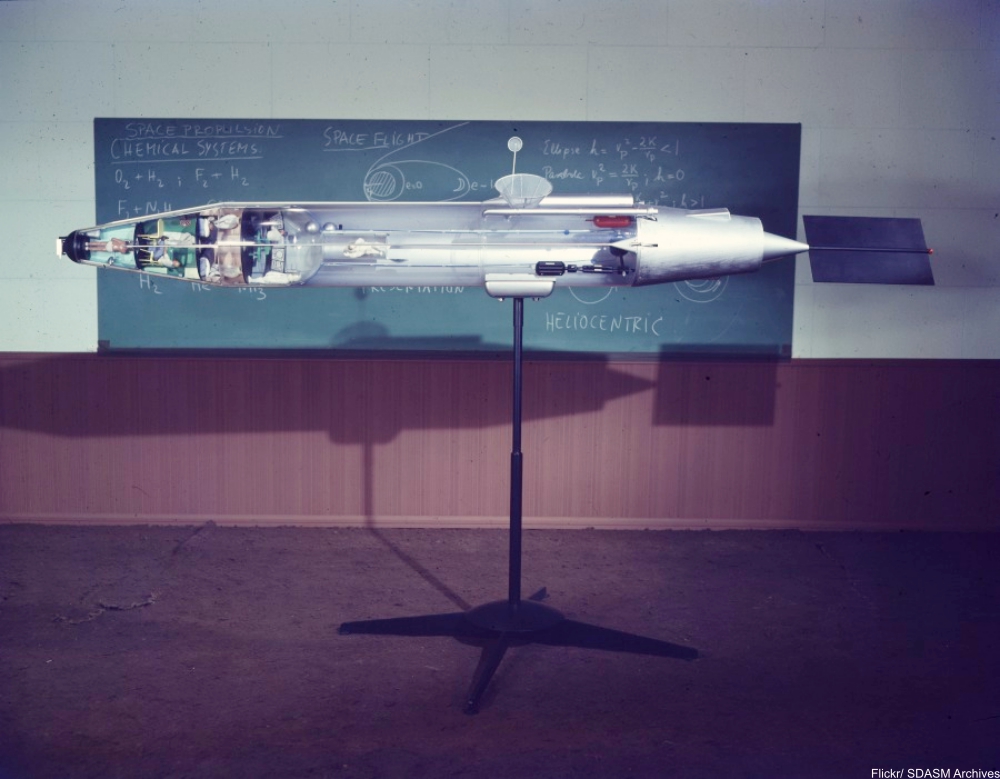 In 1958 the term “astronaut” hadn’t even been coined yet and N.A.S.A. was working with Convair, an aircraft company developing potential space stations that utilized spent rockets. The relationship was mainly civilian, and it wasn’t until the early ’60s that the exact nature of the Space Race would change. But, the Convair Atlas Space Station was the ambitious plan at the time, with proposed water re-use systems and a scant 5 year completion target. 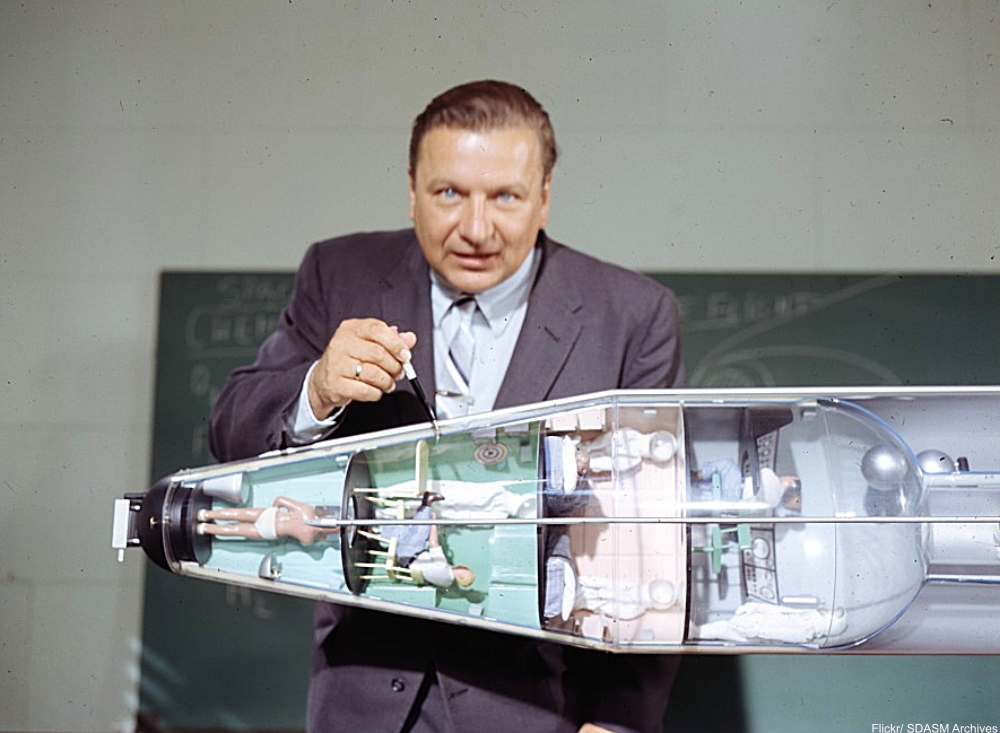 The man at the center of the project was Krafft Ehricke, a German rocket specialist recruited to the U.S. after the end of World War II. Ehricke’s vision centered around the Atlas Rocket, the vehicle for the space station that would be adapted for living and working quarters once the crew was in space- kind of like a two-for-one deal. 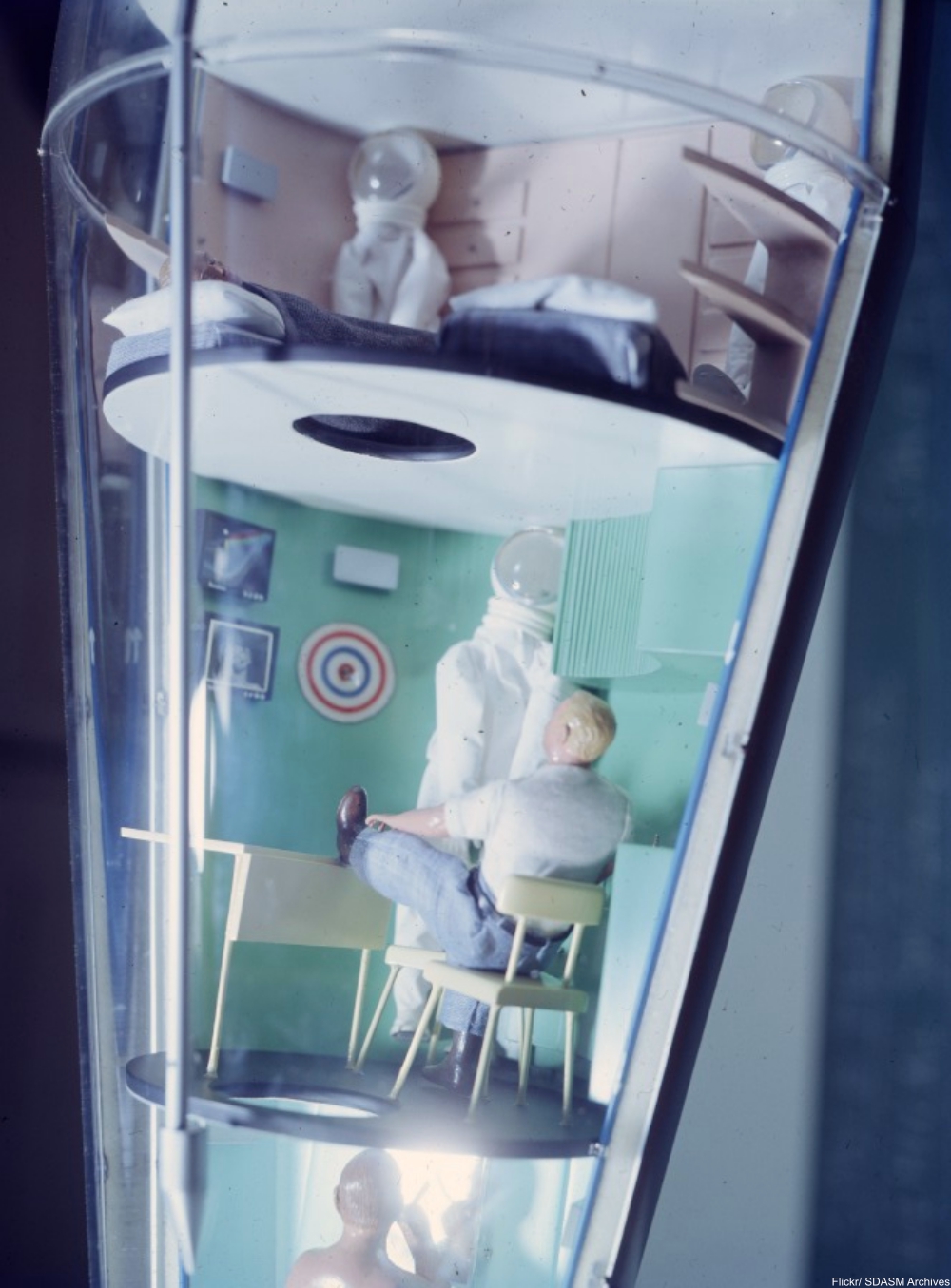 The clincher came when the Russian space program sent the first man into space in 1961, beating out the U.S. Mercury program and prompting President John F. Kennedy to promise the American people that we would put a man on the moon. After that, the space station plans were scrapped in favor of the ultimate goal of the ’60s – a trip to the moon. 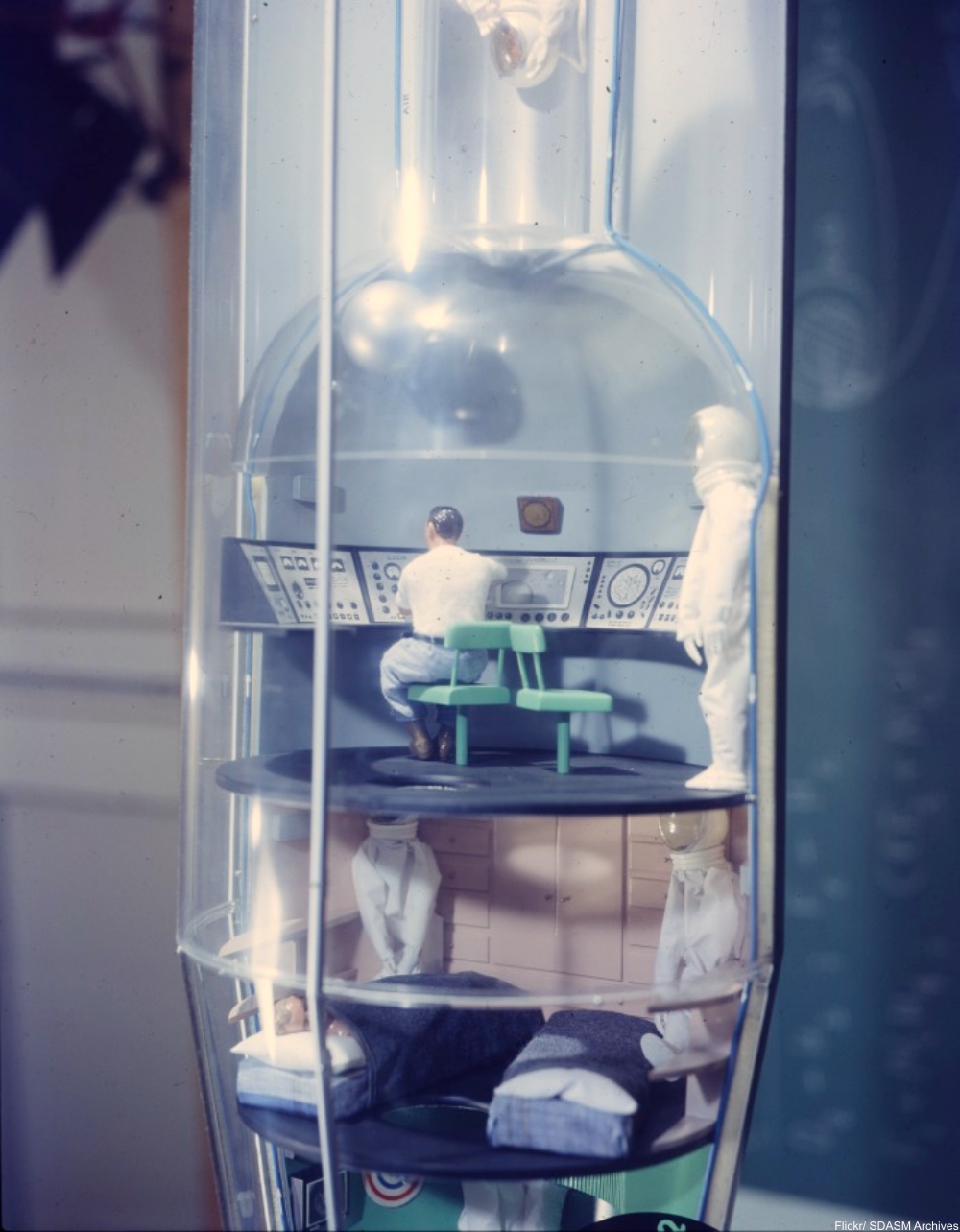 These archived photographs show the model in Atlas detail, with clear sides. Almost like a futuristic dollhouse, tiny figures are placed inside for scale. The space-obsessed public couldn’t get enough of the Jetson-like future we were headed into. So it’s no surprise that there was toy model made from the Atlas design, complete with clear rocket nose just like the N.A.S.A. mock-up. 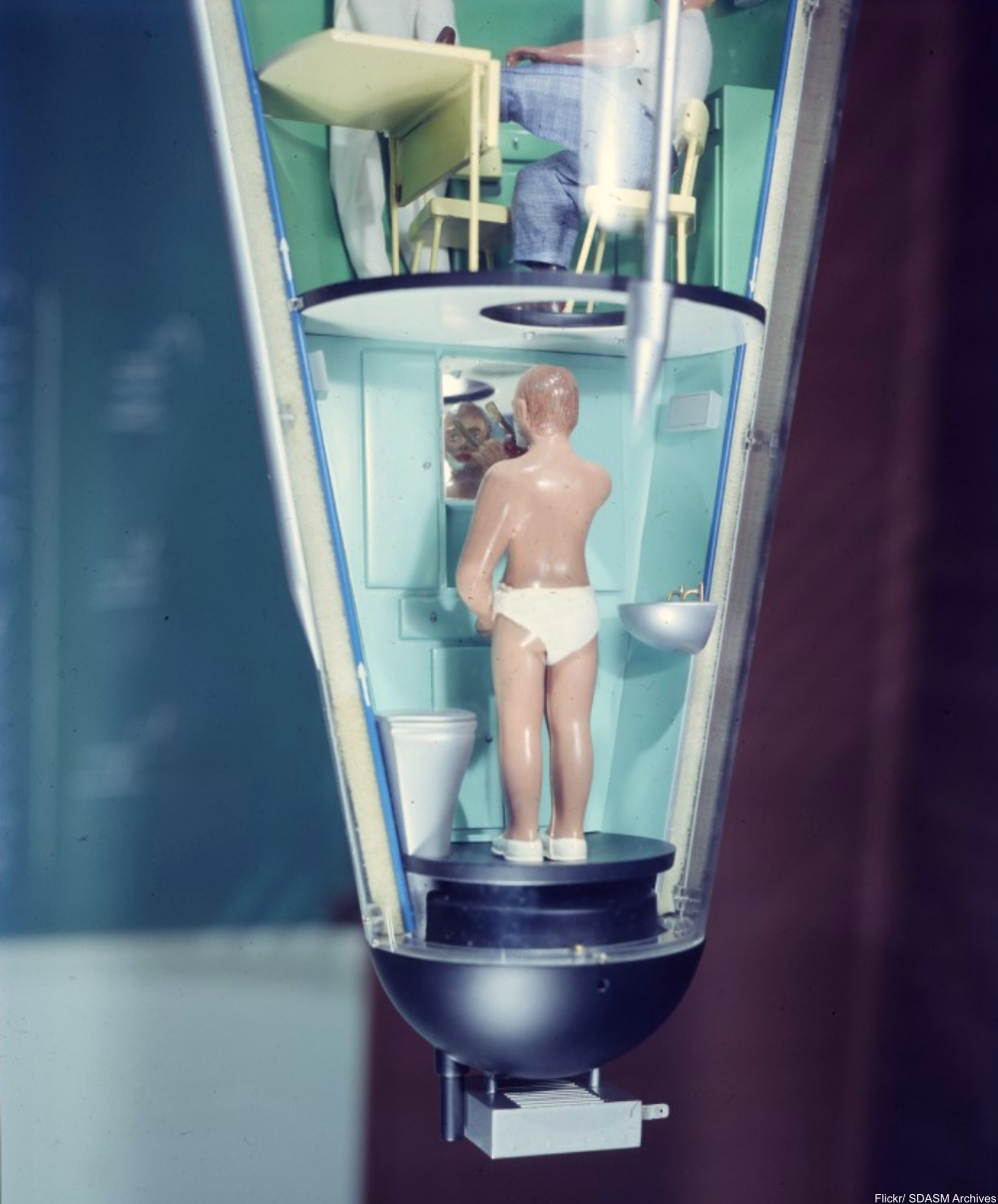 It’s neat to think what might have been if this program had become a reality, but we are just pleased as punch to be able to see the model in all its glory.

Click here to learn about the flying cars of yesteryear – no kidding!