7 Cooking Trends from the 1950s That Are Still Popular Today

The 1950s were a decade of comfort in the home, of dinner parties, and modern kitchens filled with appliances and endless cabinets. It’s no surprise then that the decade that gave us I Love Lucy and a host of domestic advancements also produced quite a few food trends that we are still enjoying to this day. 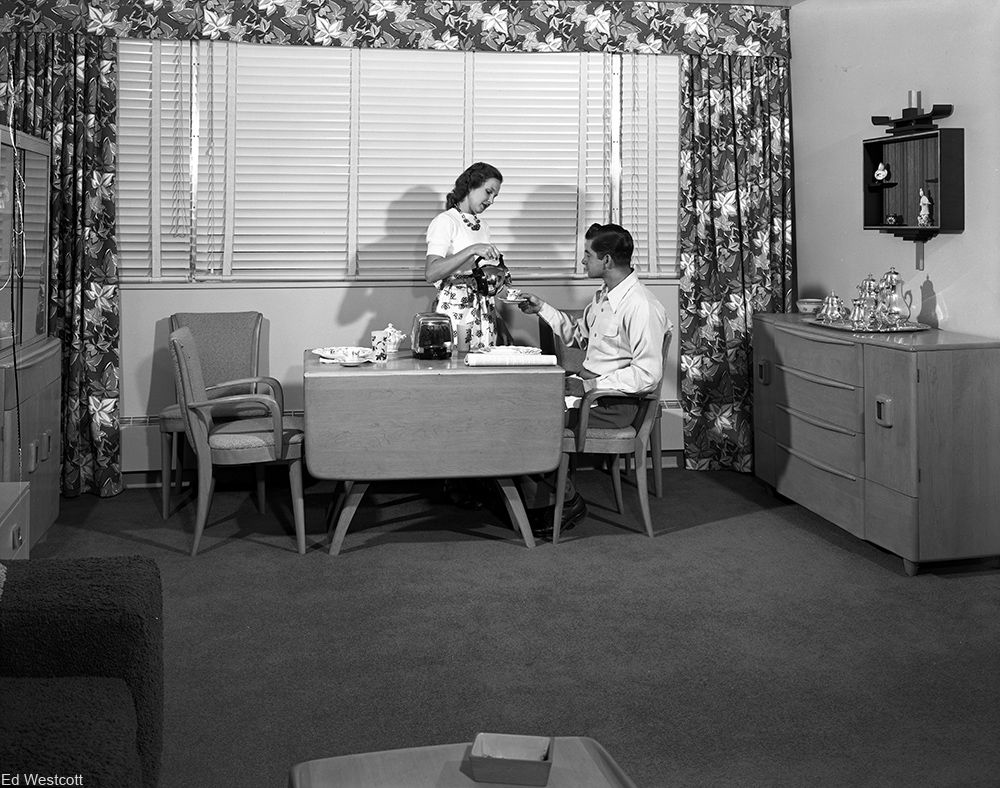 Before the 1950s the concept of BBQ was a niche area of cooking and one that was largely confined to the South and to the Midwest. But, the newer homes were being being built at the time that included patios, decks, and ample backyards with access from inside. This gave rise to patio parties where food was grilled on the deck and guests could wander in and out at will. 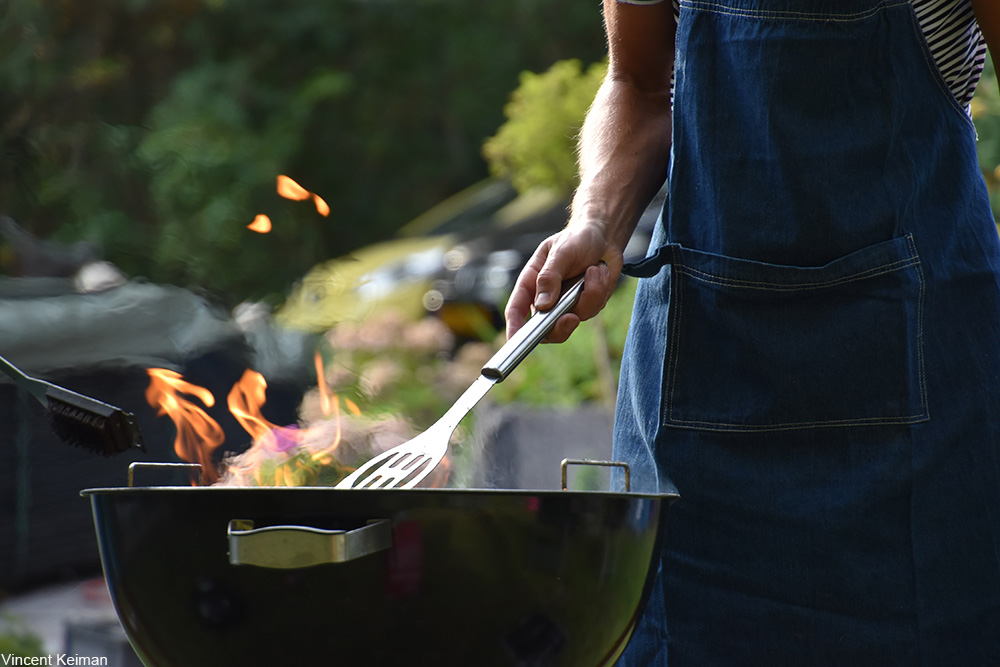 While potlucks had been around for some time before the 1950s, they really became common starting in the post-war years. People were eager to celebrate good times and ladies magazines were flooded with new recipes that promised both convenience and flavor. It became the norm to whip up a casserole or a sweet treat for church dinner or neighborhood potluck. 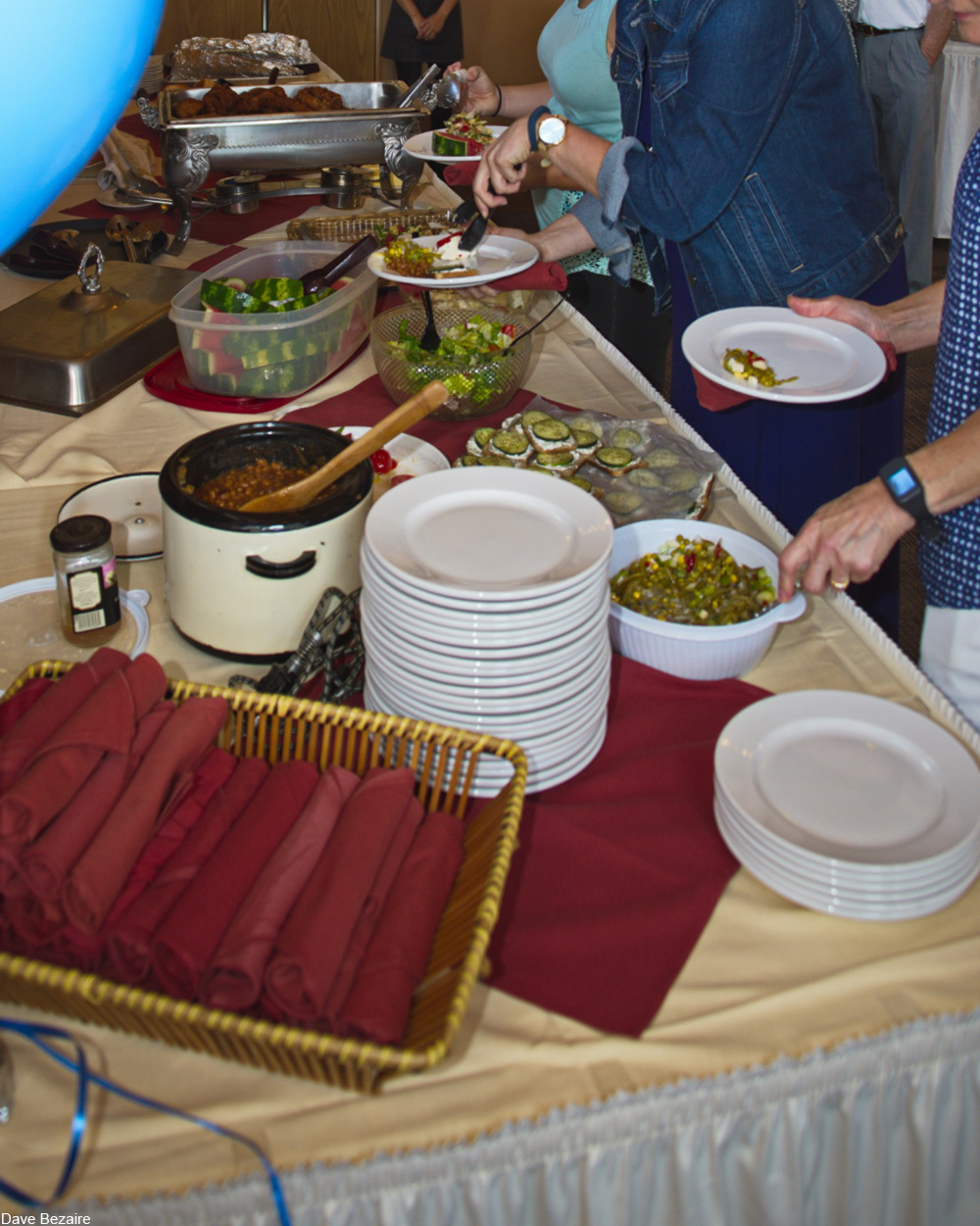 Casseroles Made with Cream Soups

What kind of casserole to take to that potluck? It didn’t really matter, but it probably started out with a can of creamed soup of some kind. Tuna noodle, funeral potatoes, cheesy chicken casserole and many others relied on this pantry staple to create the rich béchamel style sauce that all these casseroles have in common. 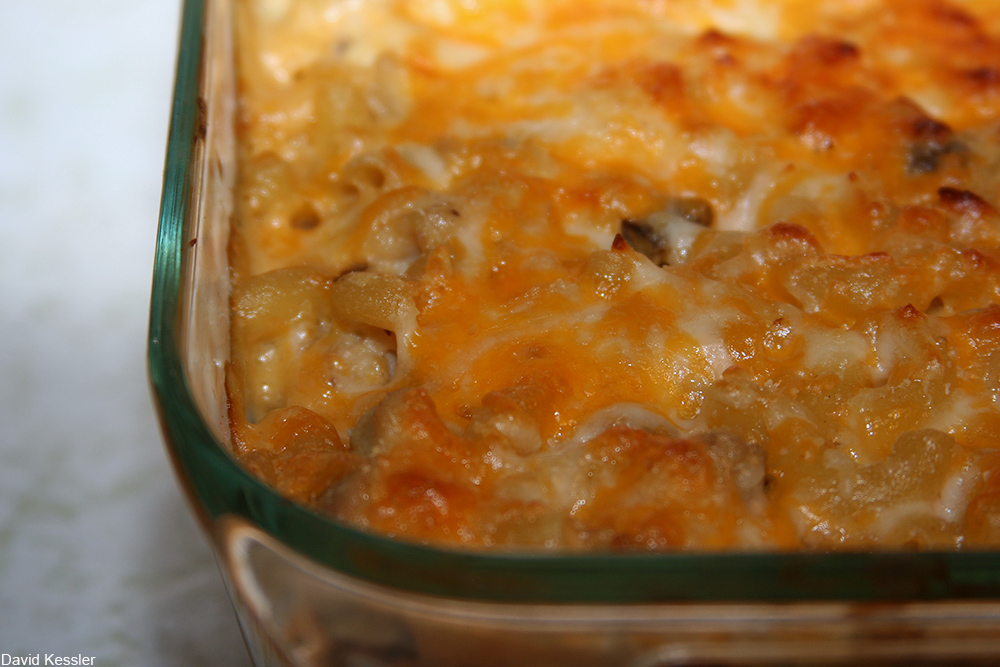 Cocktails first had their rise in the Roaring Twenties, but they came to spotlight in the 1950s. Rich liqueurs and tropical ingredients made for an exciting array of possible drinks for the wildly popular cocktail parties of the era. During the 1950s and 1960s the trend toward Tiki parties and Hawaiian-themed foods was going strong and cocktail parties were the place to discover your next favorite tropical cocktail. While the concept seemed to die down the past decade or two, there has been a resurgence of these parties in recent years. 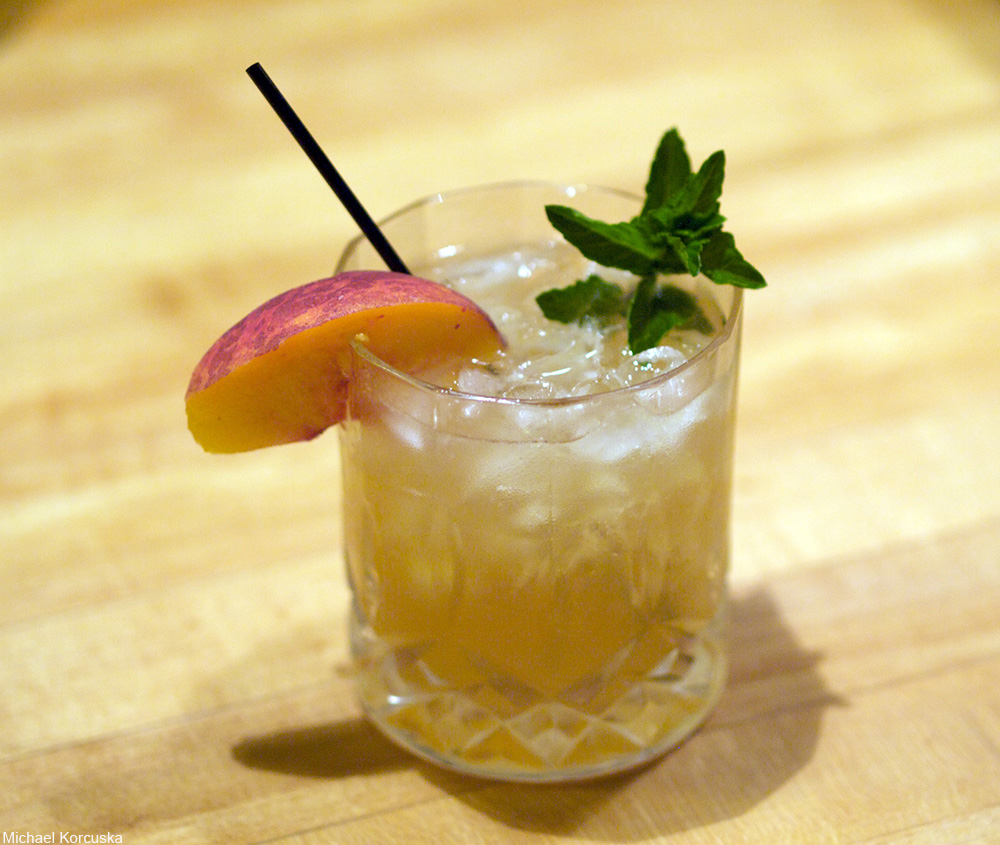 Along with the fascination with all things tropical came a focus on flavors like coconut and pineapple, the latter of which was made into cakes, pies, puddings, ice creams, and dotted along the tops of glazed hams. It was during this time that the pineapple upside down cake became popular and of course it’s now an American favorite. 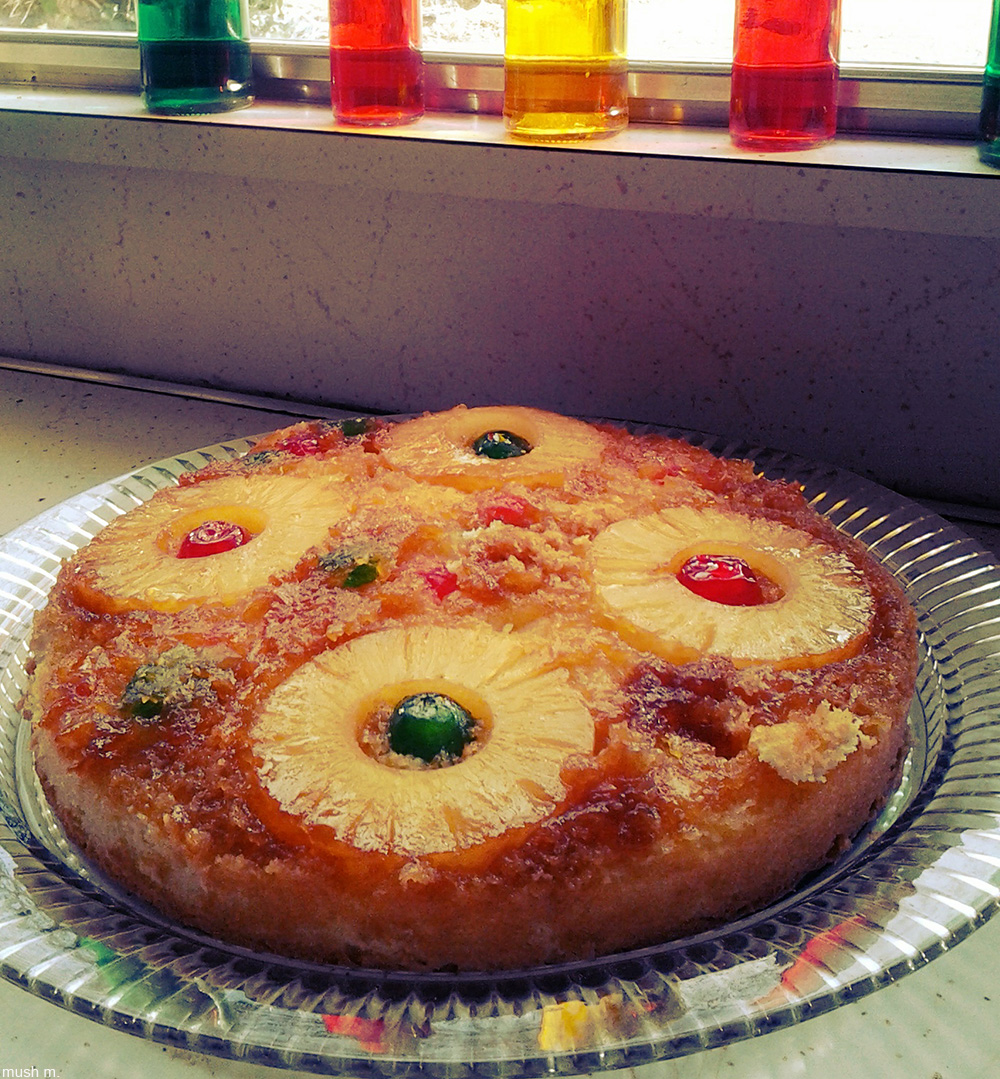 The salads that we know today didn’t become popular until the 1970s and 1980s. Before that a salad could refer to any dish that was cold and contained any kind of vegetables. Thus a tomato aspic with tuna was a salad, as was the beloved ambrosia salad (actually more of a dessert). Fruits and veggies could be set in gelatin, in sour cream, or even in mayonnaise. 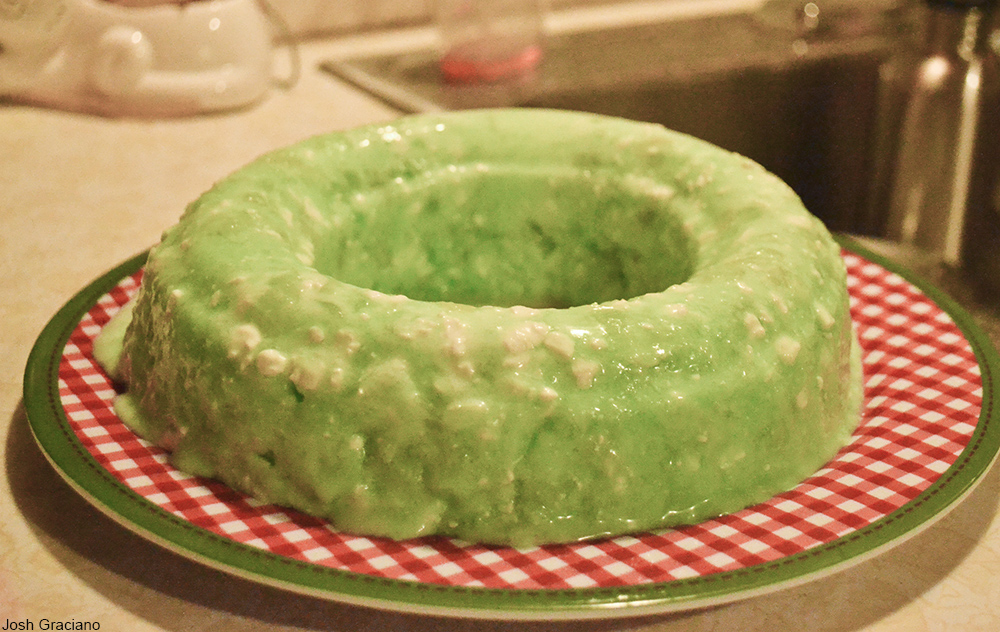 The food tech of WWII meant that in the 1950s the landscape of grocery stores had changed quite a bit, including the first marketing of the TV dinner after a mistaken order of turkey that had to be quickly processed in 1954. Many foods that had one only ever been made from scratch now had canned or boxed equivalents that required only a fraction of the effort to make. 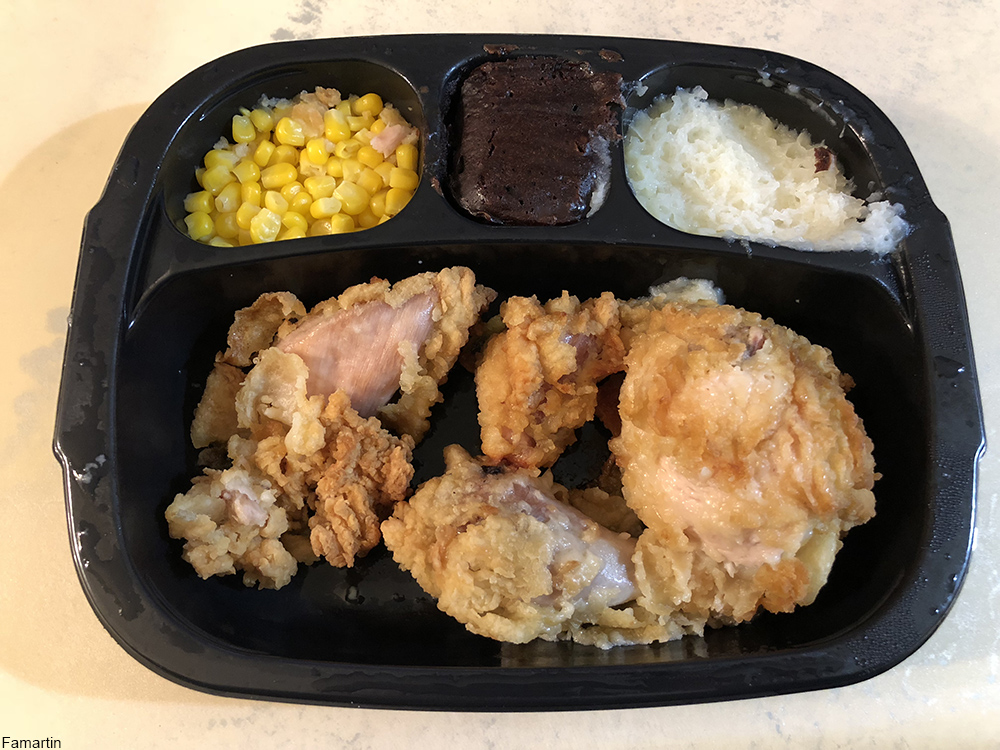 It became a common treat -a later a later a last resort of the bachelor- to heat some TV dinners in the oven and sit down to a hot meal and a favorite show like Father Knows Best or Gunsmoke. Eating while watching TV is one habit that many people around the world still do on a daily basis, so clearly they makers of TV dinners were onto something.