The “Luckiest Generation” Got Started in the 1940s

Teens in the 1940s were doing all kinds of new-fangled things like hanging out and developing their own culture of music, dance, fashion, and cars. The youth culture of these kids would evolve into the carefree teen society of the 1950s (who have been called The Luckiest Generation).

Girls were wearing shorter skirts and teen fashion was becoming a trendy way to express which age group you were part of. It was during this time that dating, parking, school dances, and after school jobs all started to become acceptable parts of being an American teen. 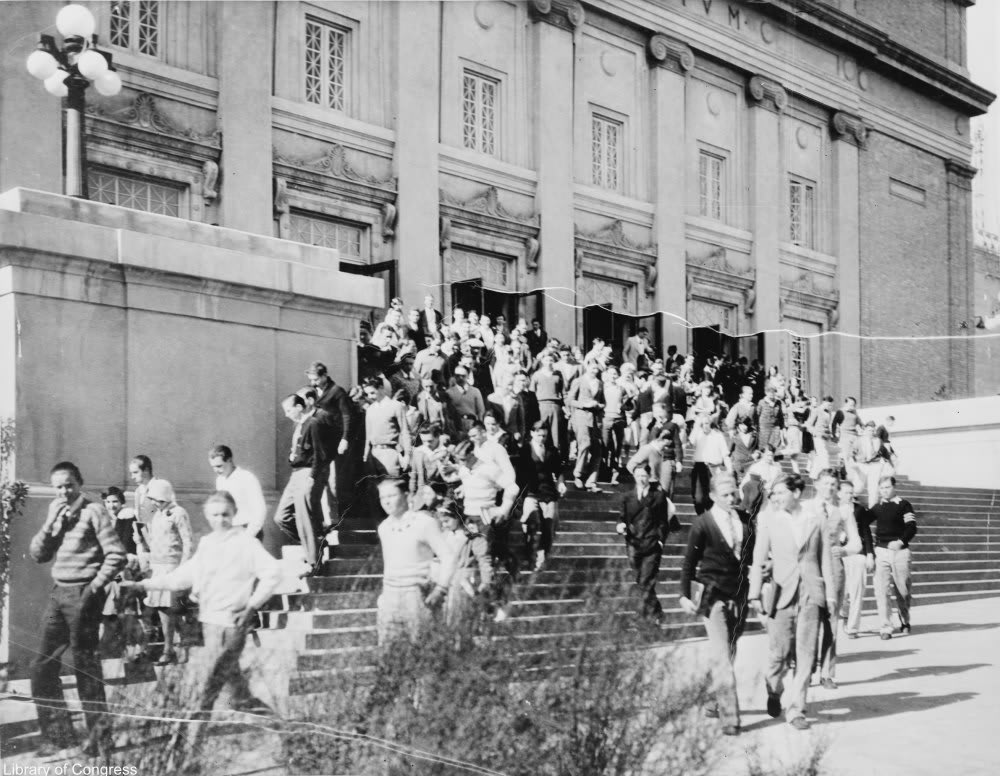 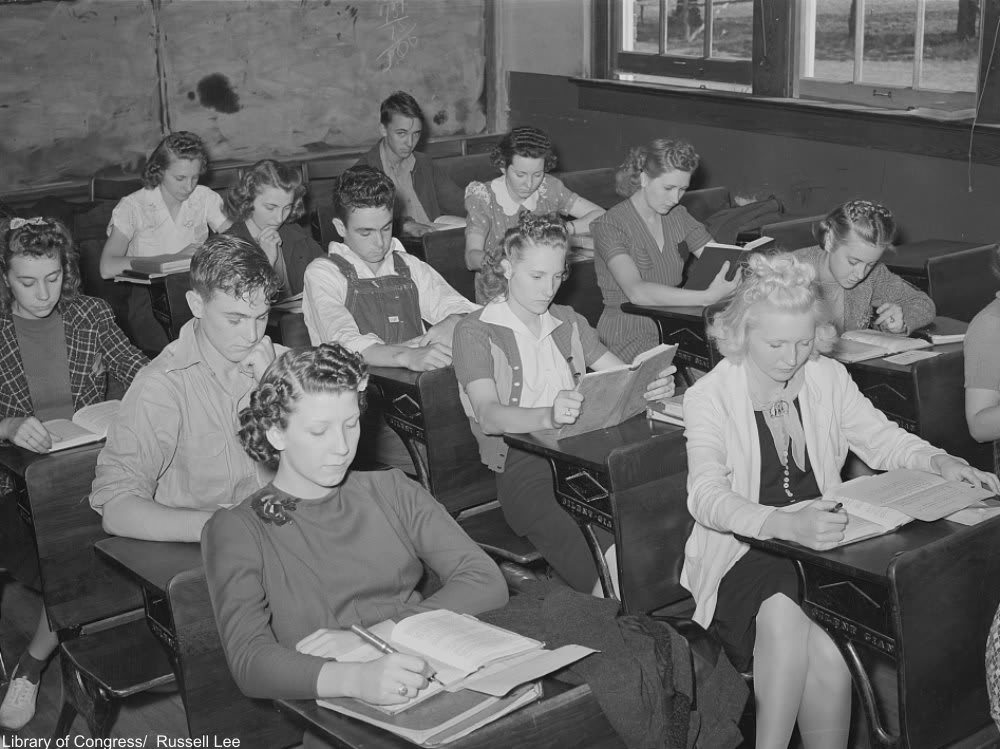 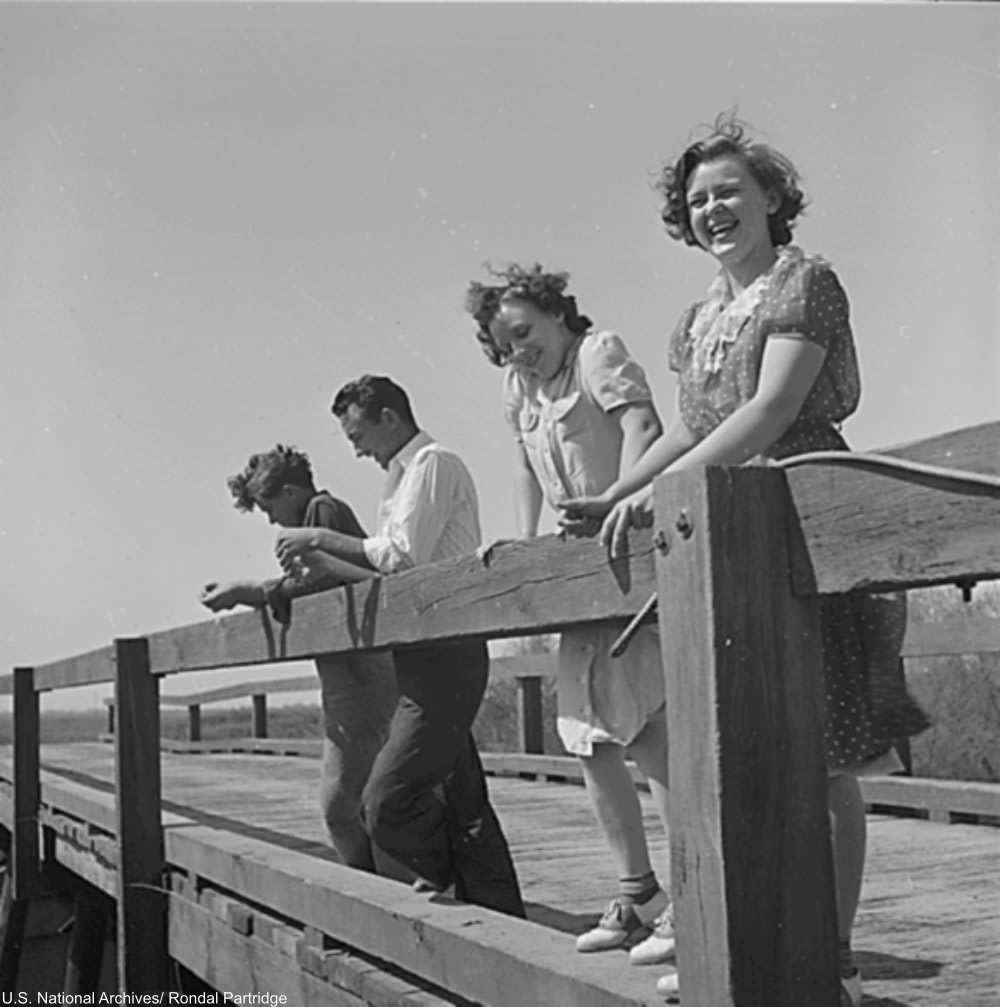 “The labor of the young agricultural worker is contracted, but their spare time is wasted.” 1940. Via/ U.S. National Archives 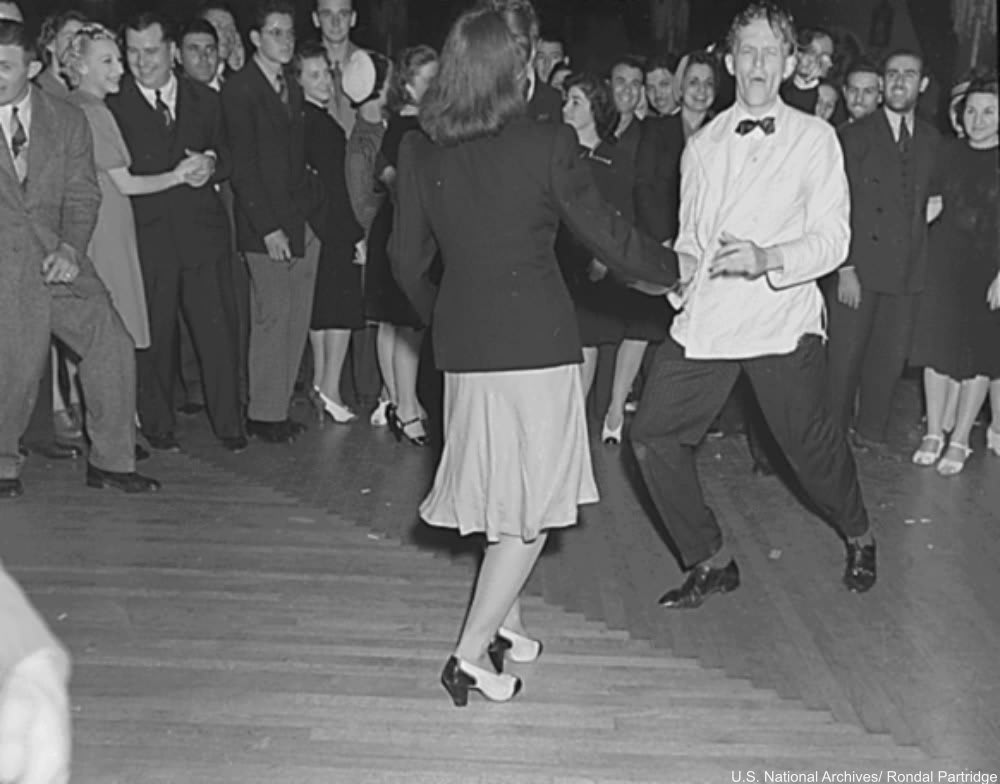 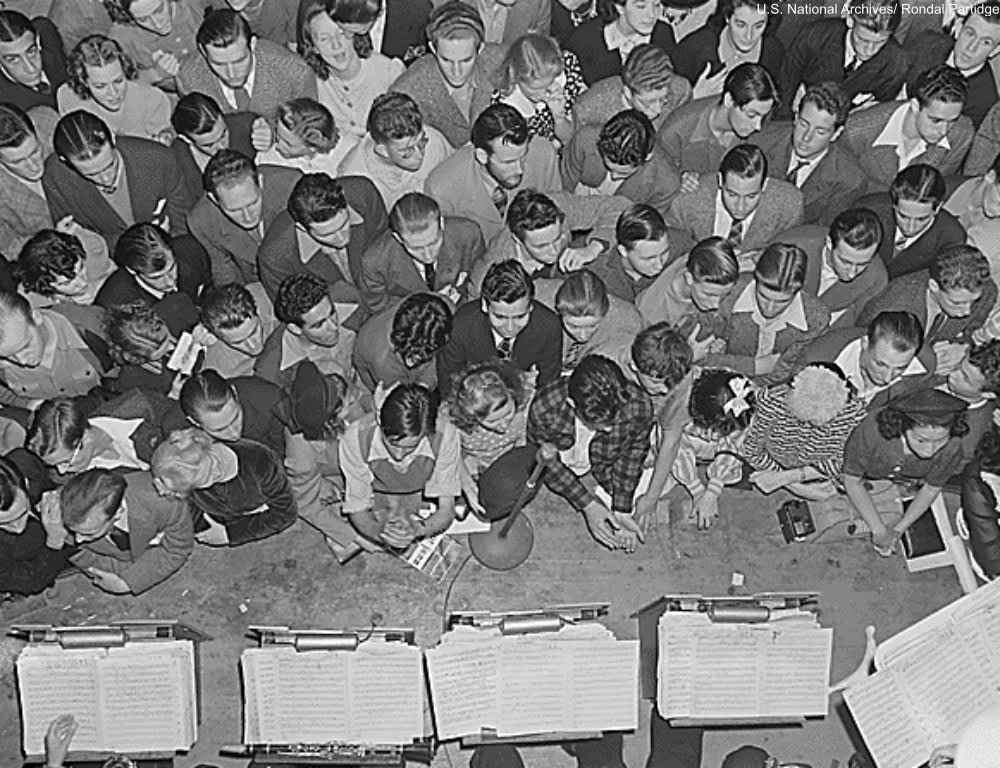 Kids crowd to get a closer look at Benny Goodman and his orchestra, 1940. Via/ U.S. National Archives 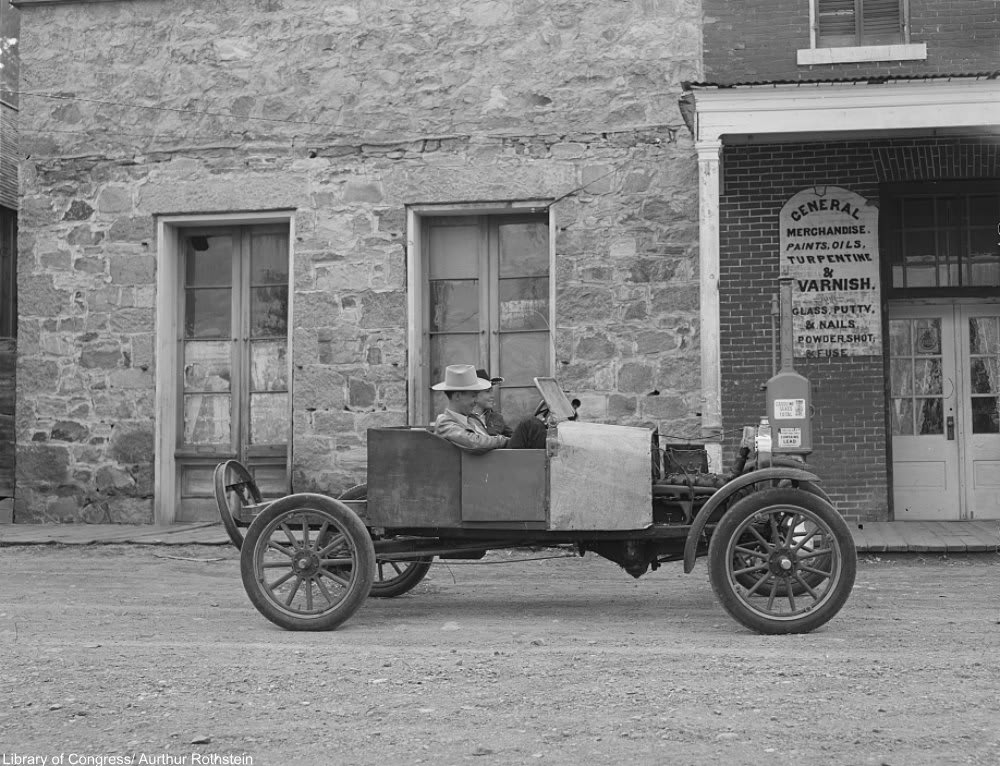 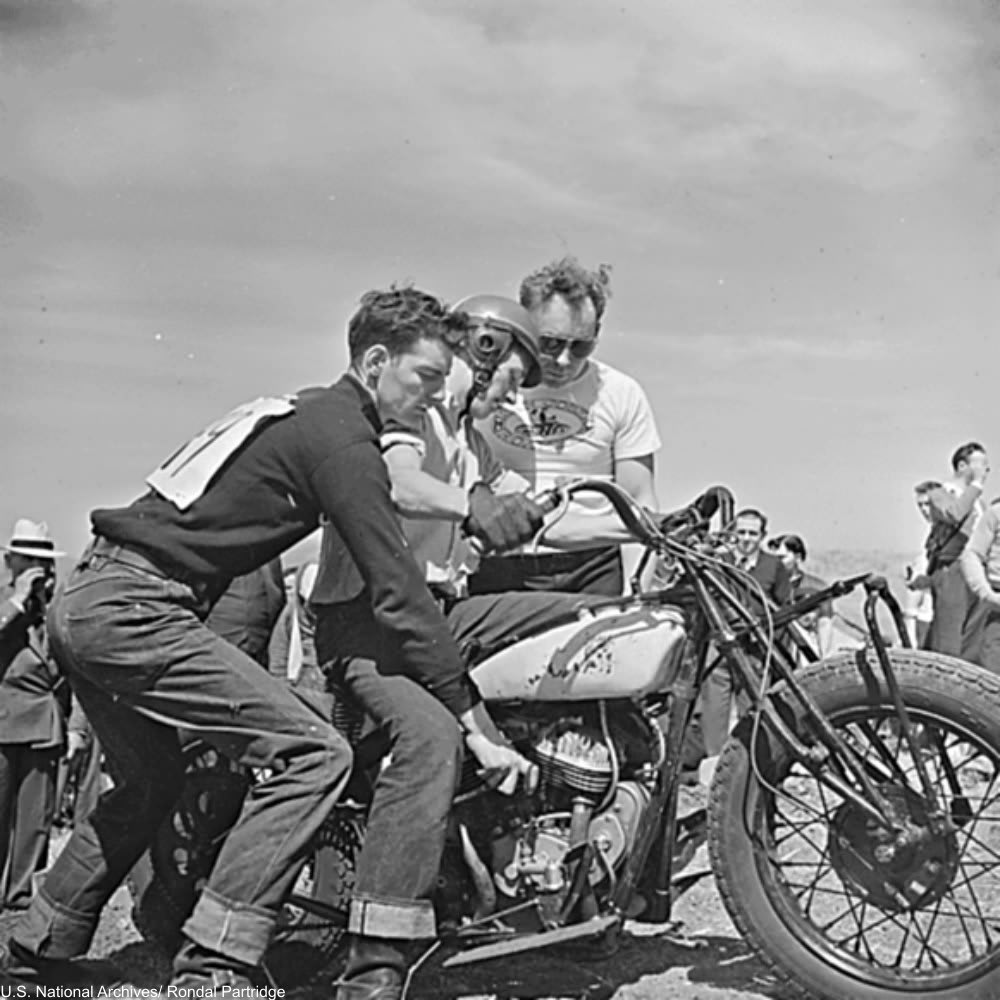 “Motorcycle and Hill Climb Recreation. His first hill climb. The fellow on the left is fixing the gear shift for him while the other is explaining how to take the bumps.” 1940. Via/ U.S. National Archives 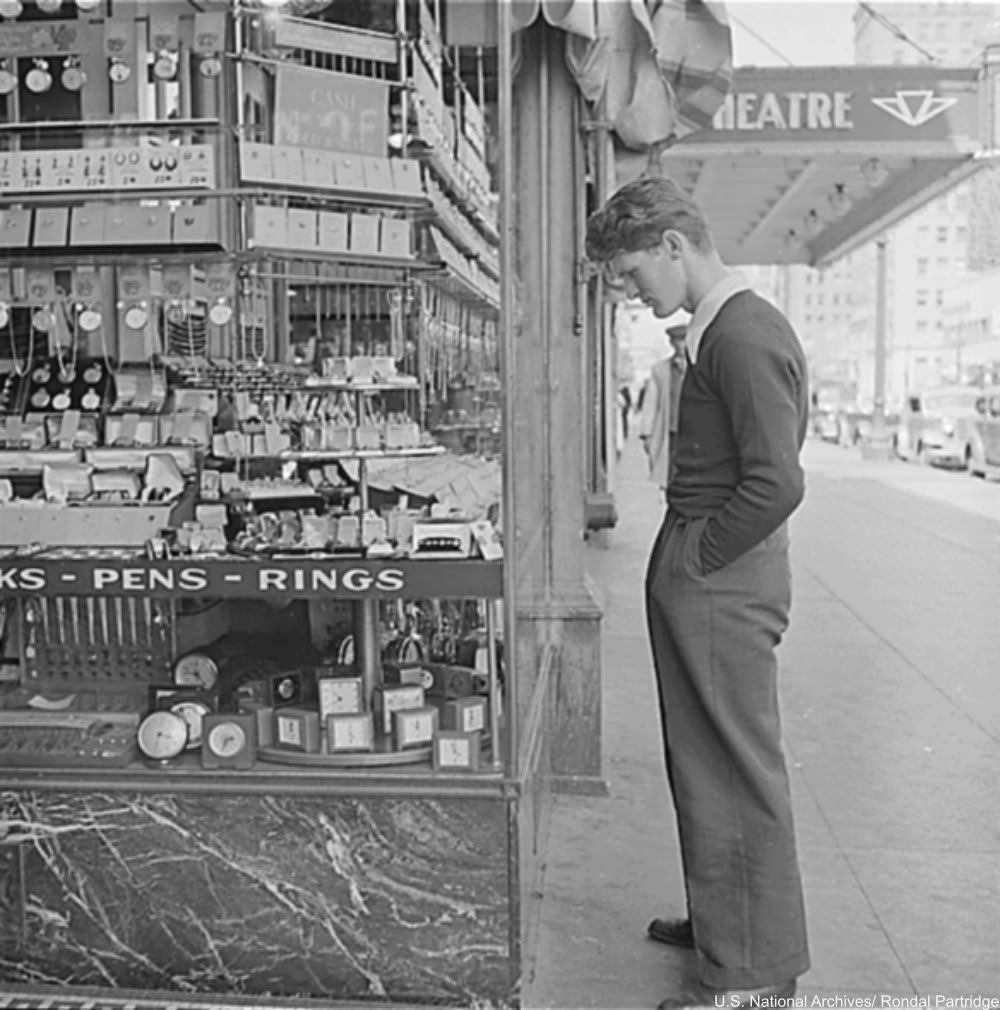 After the start of World War II, women and teens took jobs that men would have otherwise held, giving them exposure to new skills and steady wages coming in. With less supervision and a little bit of spending money, teens were free to go to the movies or to a bike rally or dancing in their free time. The girls’ magazine, Seventeen, was first released in 1944 as the teenager was coming into its own as a stage of life. 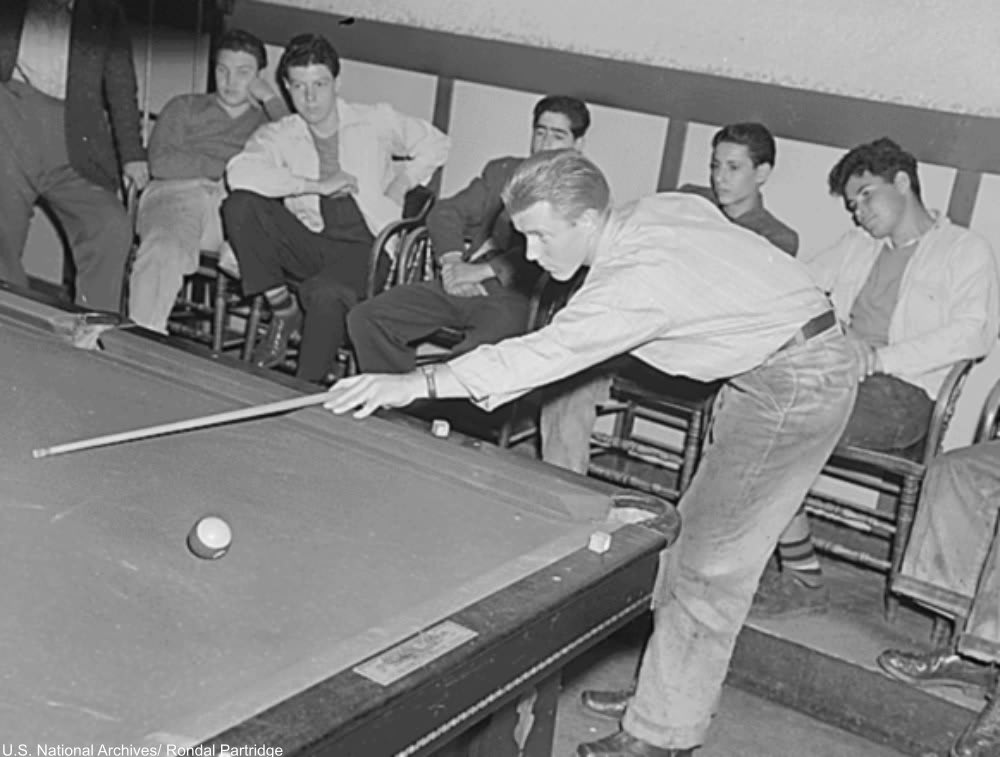 “Hayward, California. A typical small town phenomenon: Saturday in the pool hall. The youths here are of high school age. Though the town in which they live has other recreational facilities–tennis courts, a swimming pool, a baseball field, etc.–the local pool hall is their social center after school and over the weekend,” 1940. Via/ U.S. National Archives 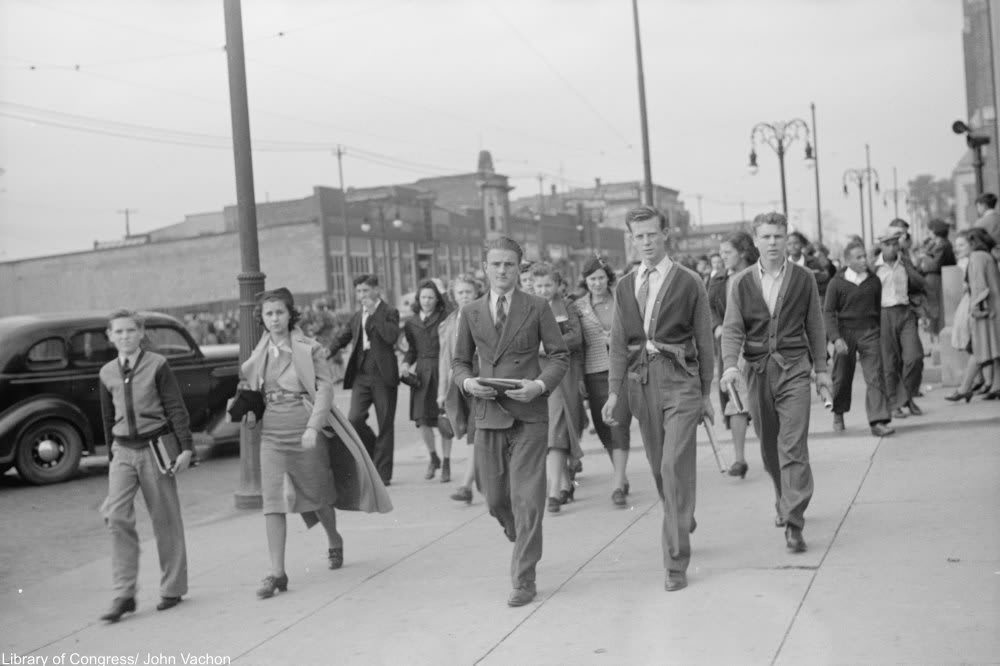 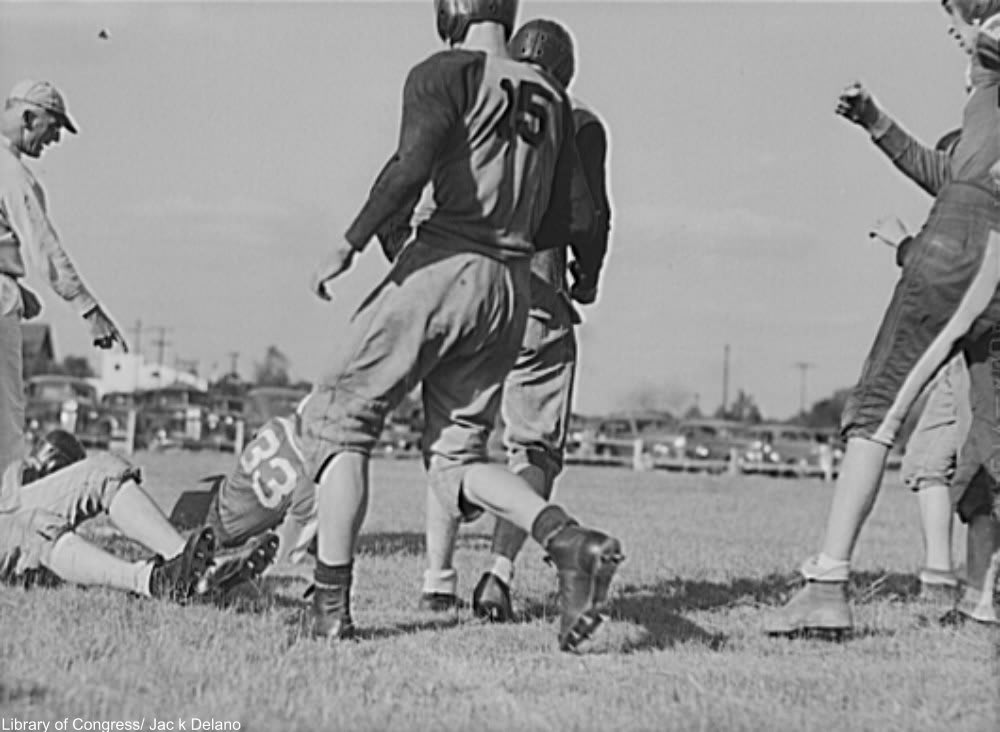 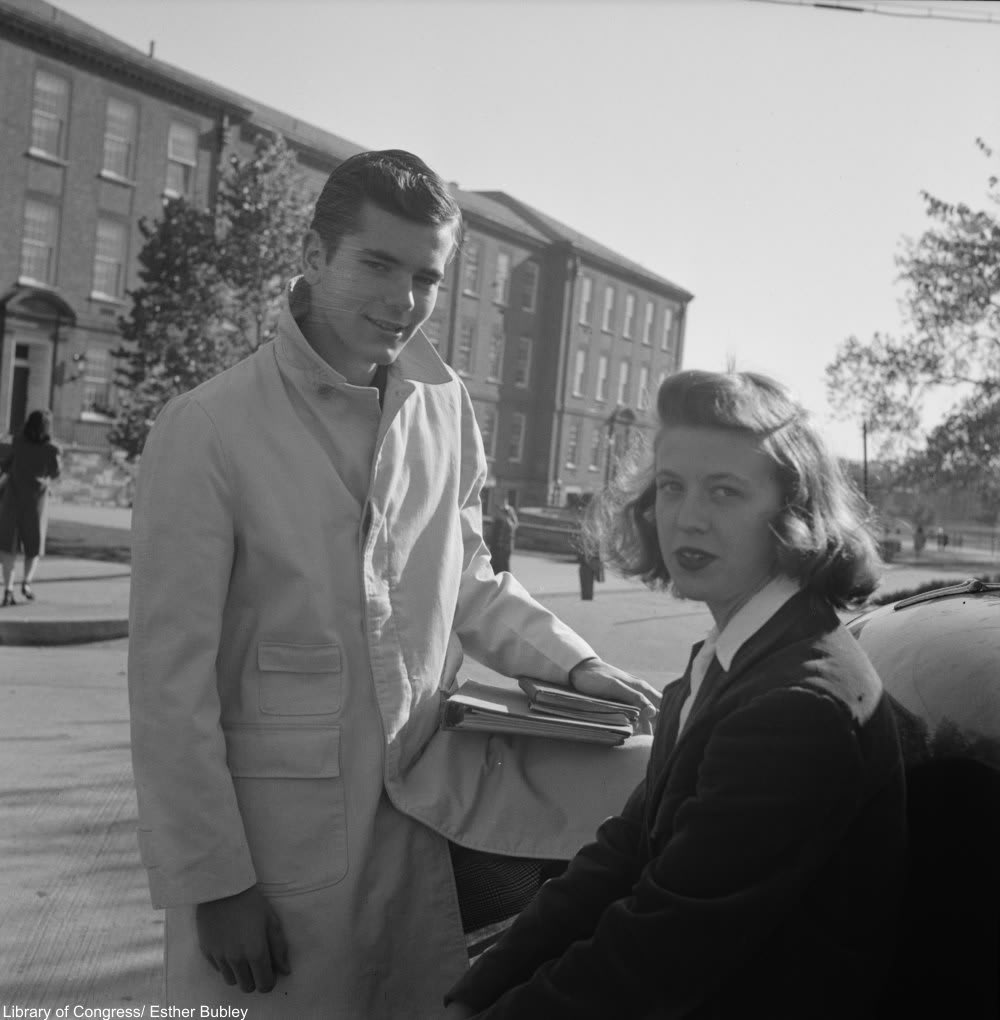 Hanging out after school, 1943. Via/ Library of Congress 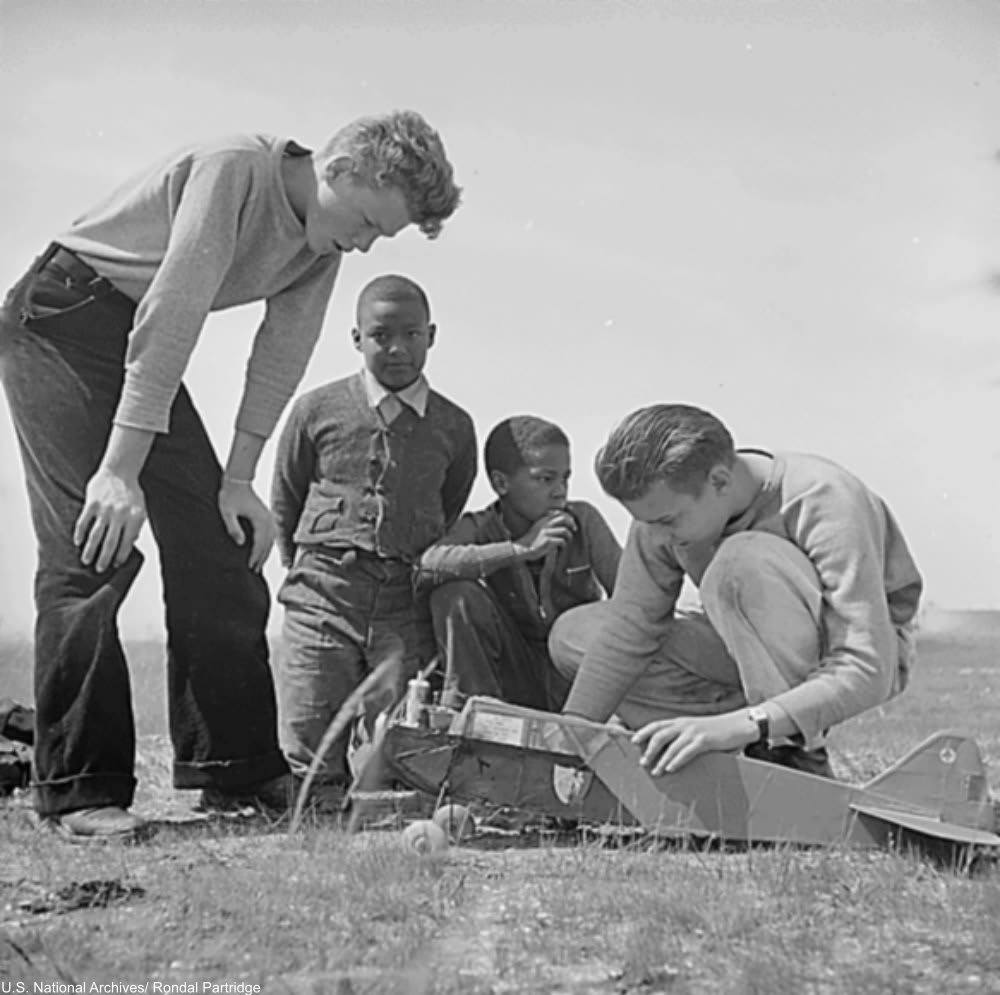 Model airplane building was one of many growing teen hobbies in the 1940s. Via/ U.S. National Archives 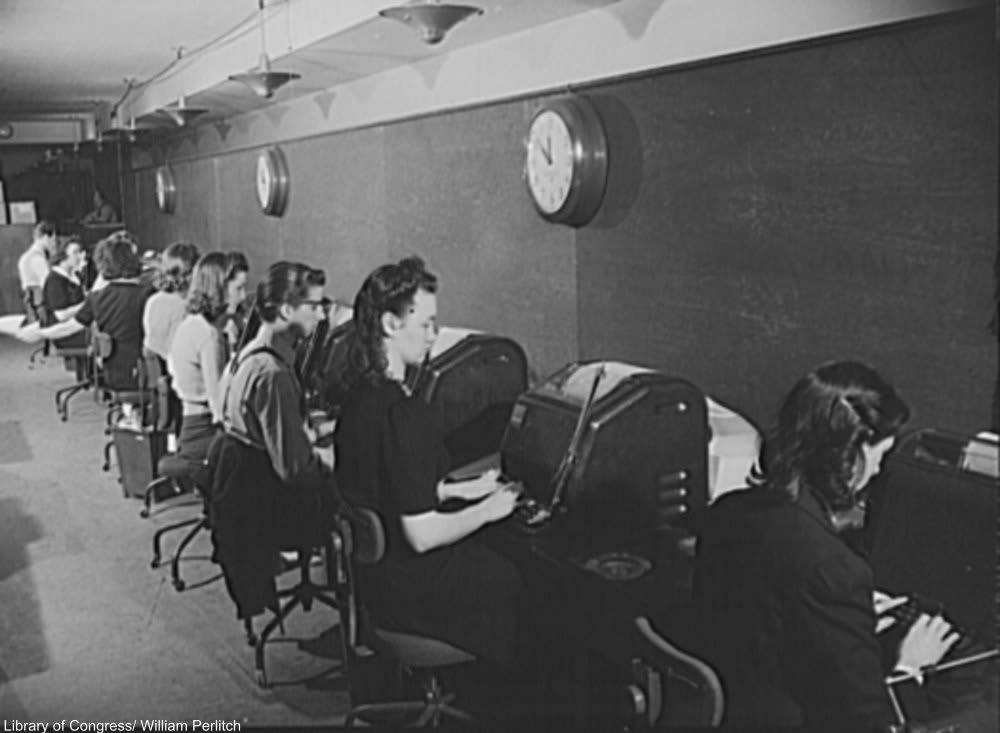 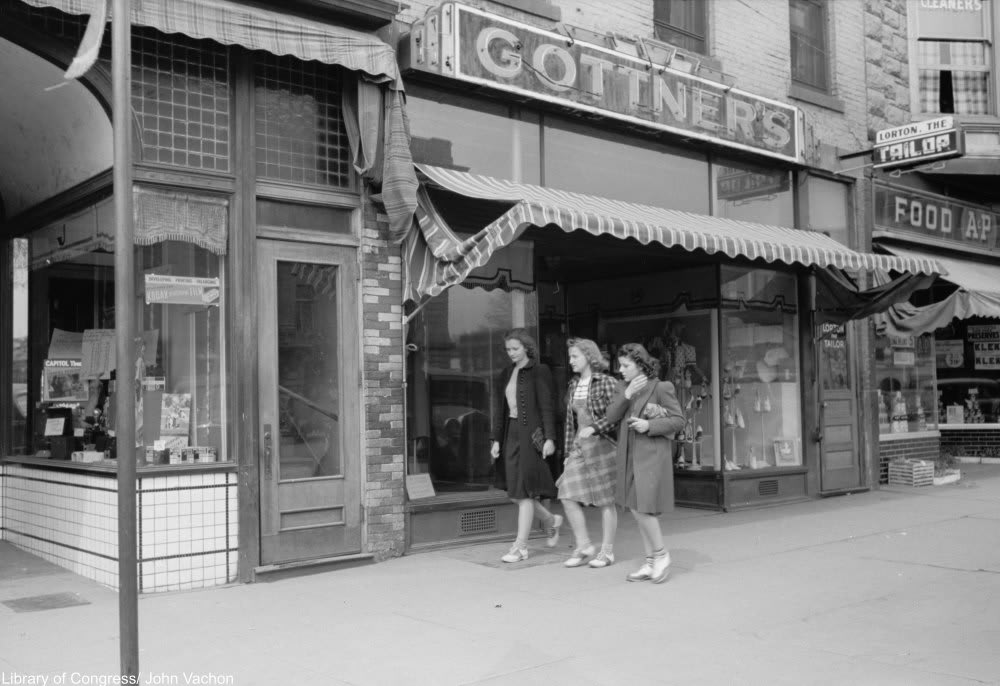 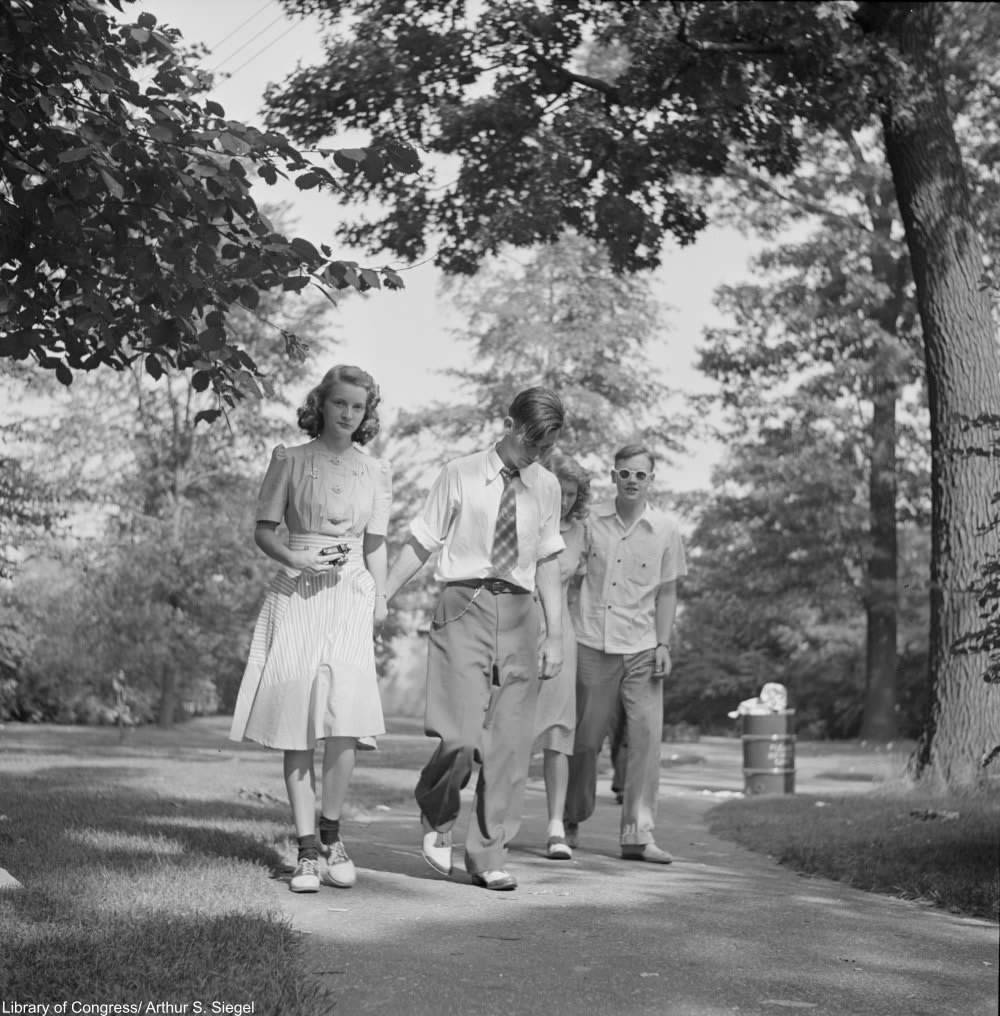 During the 1950s teen culture gave rise to rock and roll, the after school soda shop, and the sock hop. The relief and jubilation most people felt after the war ended had fueled a boom in light-hearted fun. After so much death and destruction the concept of having a longer childhood was one way that kids- including teens – were revered.

The young men of fighting age certainly did not have all the freedoms that their female counterparts did, but they came back to a nation which had fully recovered from the Great Depression and was ready to have a good time. The Luckiest Generation, while technically brought up in the 1950s, actually got its start in the 1940s. Before the 1940s the concept of the teen years as a separate and specific period of life was less prevalent. 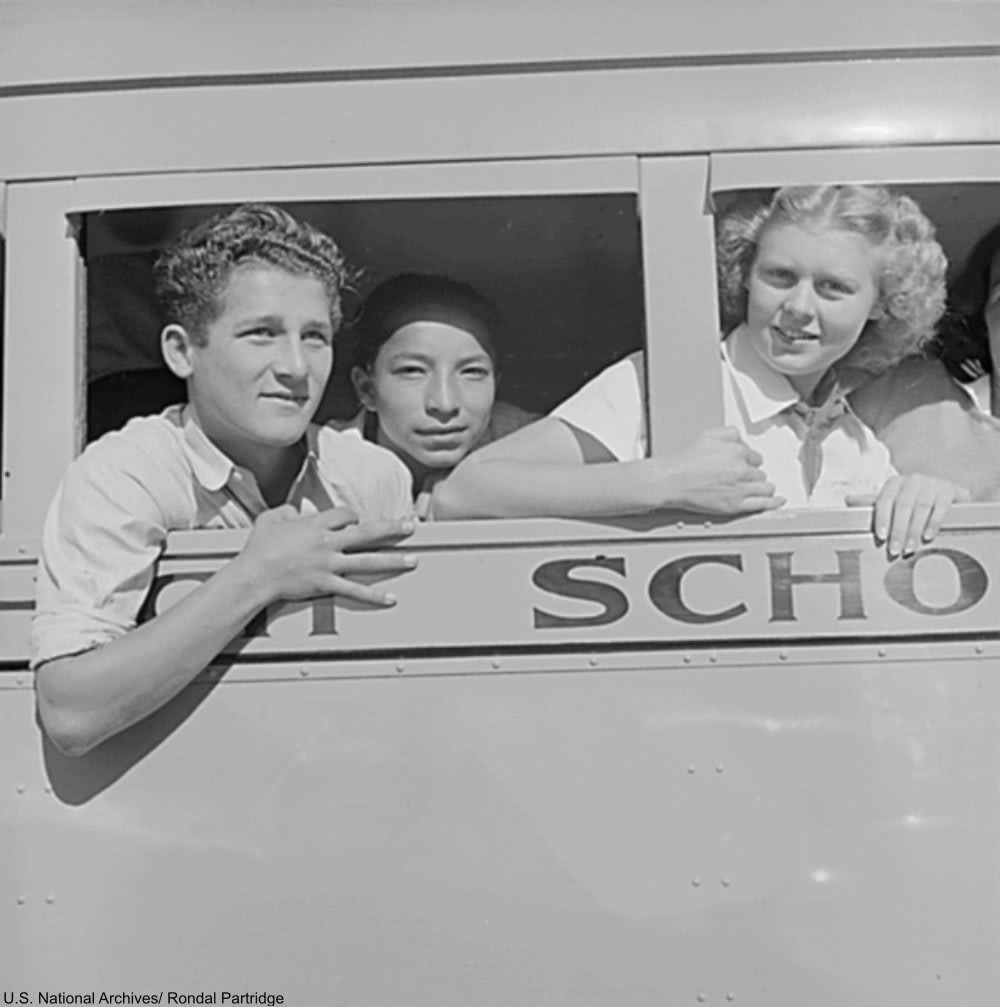 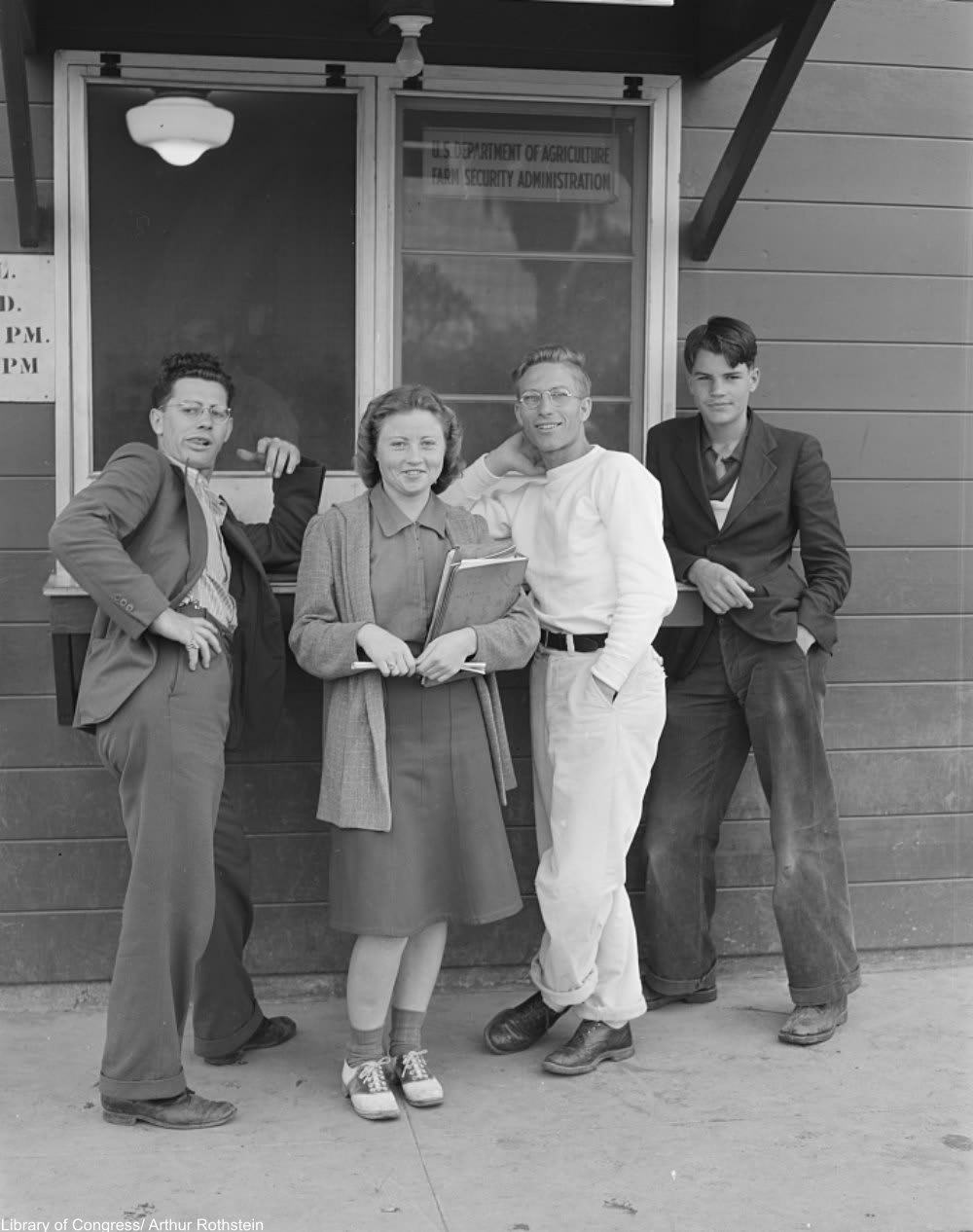 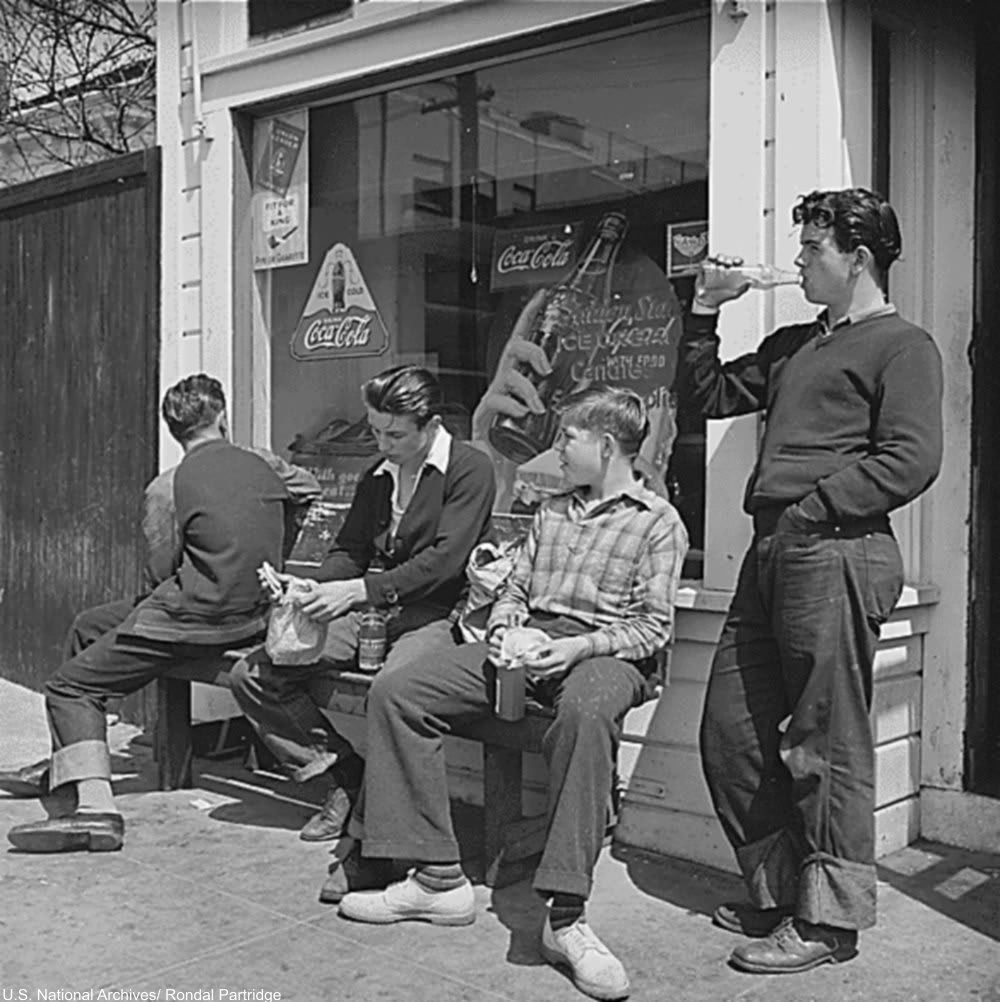 “Oakland, California. High School Youth. Typical of the youth of this nation is the tipped-up bottle of pop. Also typical is the school store, situated just across the street from the school, which sells candy, coca-cola, and cigarettes and at lunch time, a five-cent plate of beans…” 1940. Via/ U.S. National Archives 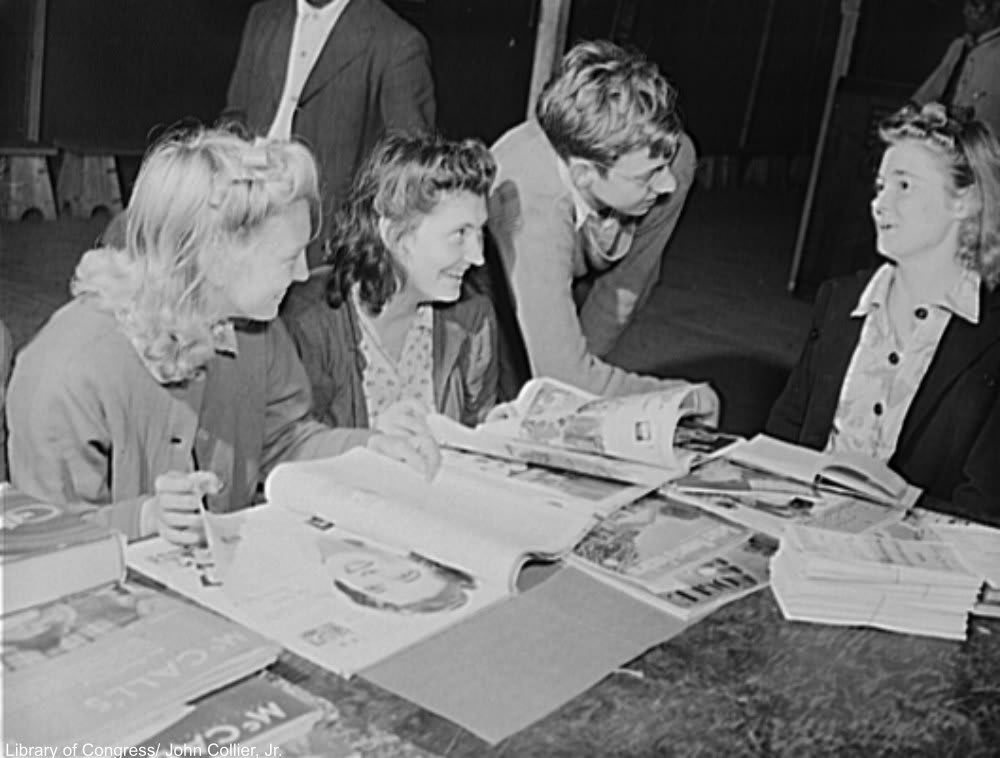 Socializing and reading magazines at the library, 1942. Via/ Library of Congress 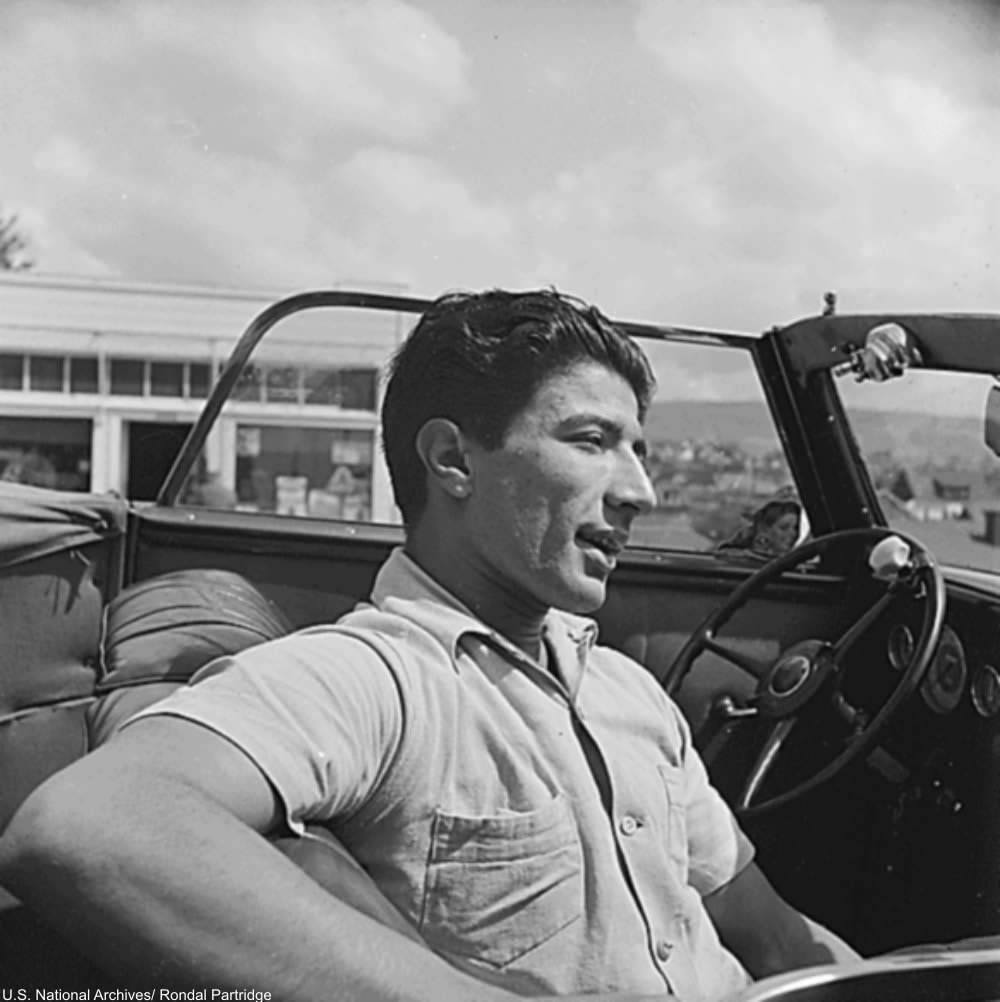 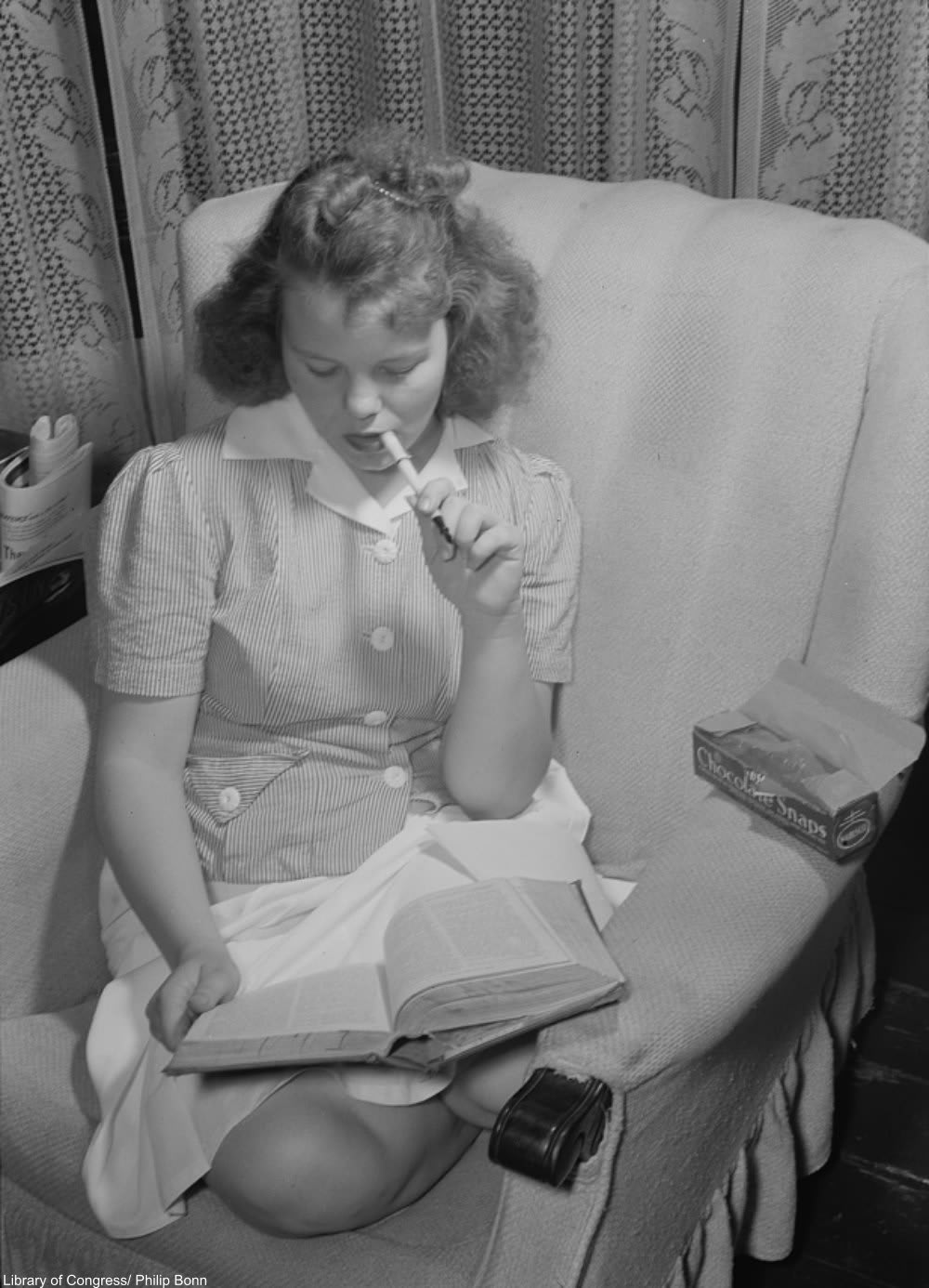 Compulsory education laws meant that more kids were staying in school until high school graduation, which meant a culture of teens studying at home or at the library. Photo taken in 1943. Via/ Library of Congress 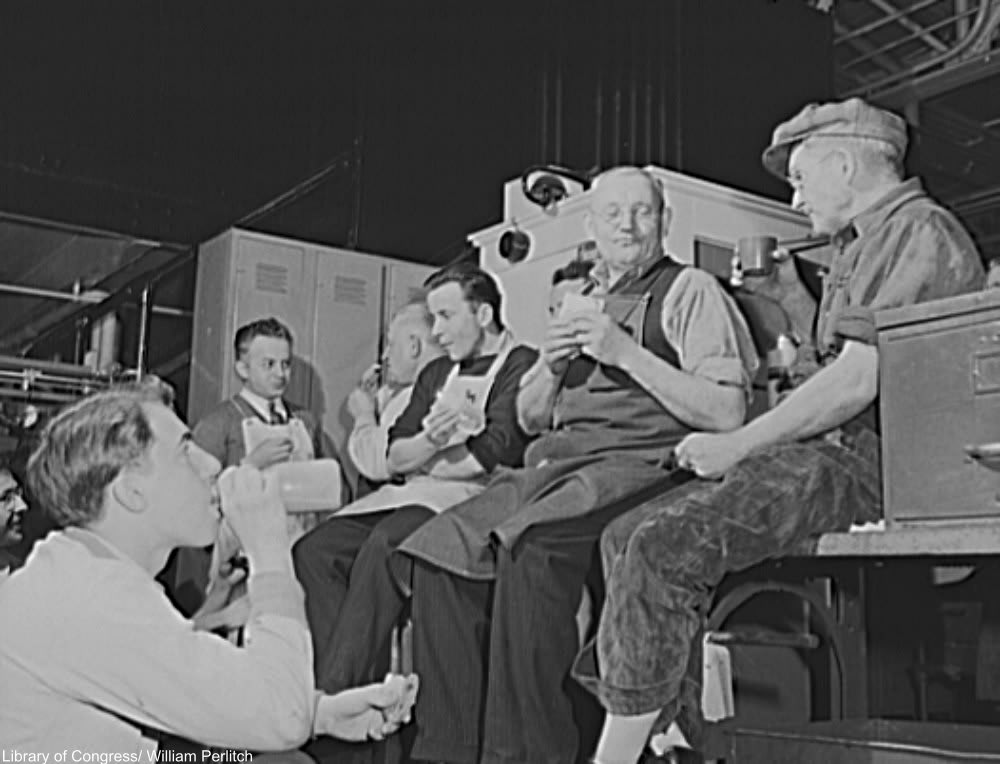 “High school boy eating lunch where he works after school hours helping to relieve the manpower shortage,” 1942. Via/ Library of Congress 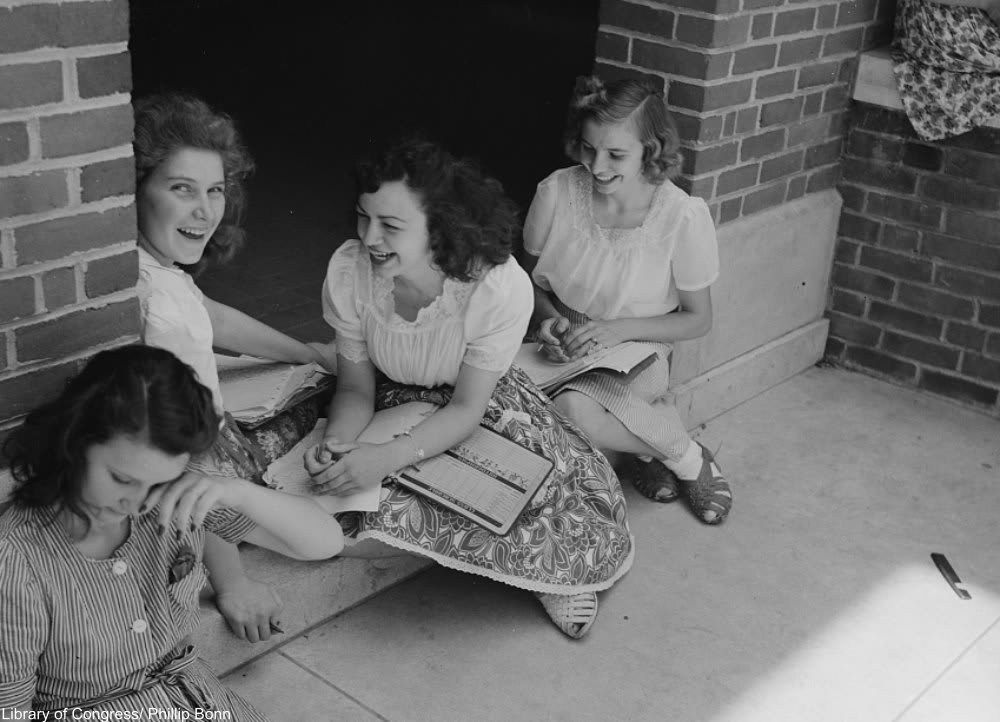 High school girls in 1943. Via/ Library of Congress

"Jailhouse Rock" As Only Elvis Could Sing It: Click “Next Page” below!