Deadliest Tornado of All Time Descended on Midwest In 1925 When The Word “Tornado” Was Actually Banned!

In the 1920s few households had telephones, especially in the country. There existed no national weather broadcasting system, no emergency sirens, and many rural families were still using horse and wagon to get around. Brewing in the sky on the afternoon of March 18th, 1925 was a storm so powerful that it would send a monster tornado ripping across 3 states while the surrounding states were affected by competing tornado cells.

The truly crazy thing is that even if an alert system had been in place, the word “tornado” was banned from use by weather professionals at the time! 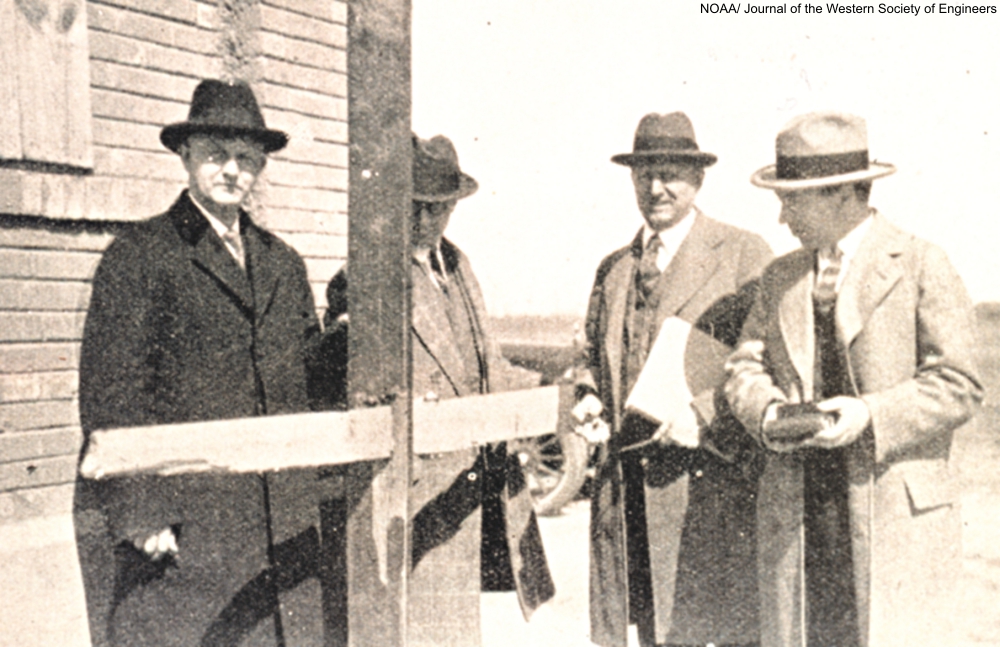 A board was driven into a larger plank, demonstrating the force of the storms on March 18th, 1925. Via/ NOAA

Some described it as a wall of destruction for it was so large that it didn’t even look like a funnel from afar. The disaster came to be known as the Tri-state Tornado, as it tore through Indiana, Illinois, and Missouri. The length of the tornado’s path was an incredible 219 miles long.

The deadliest tornado of all time in US, 695 people lost their lives that day. A further 2,000 were injured and around 15,000 homes were destroyed in 19 communities affected. At least 5 towns were 90% destroyed or more. If there had been a classification for tornados back then it has been speculated that it would have been an F-5, the highest damage level a tornado can have. 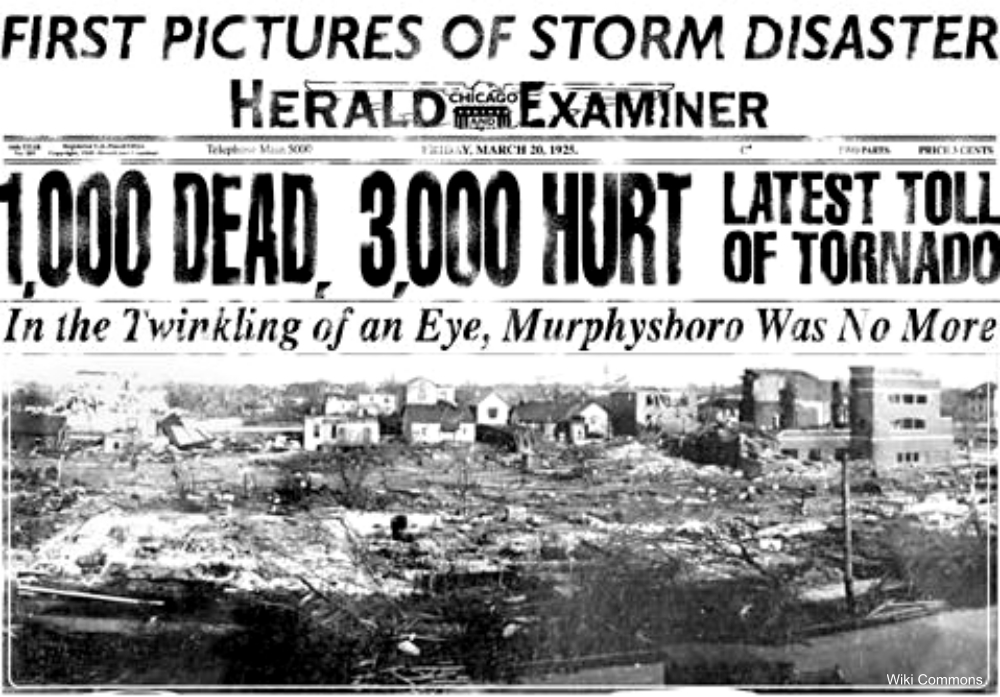 This headline reported an exaggerated death toll from the Tri-state Tornado of 1925, though many other states were hit hard and had sustained casualties. Via/ Wiki Commons 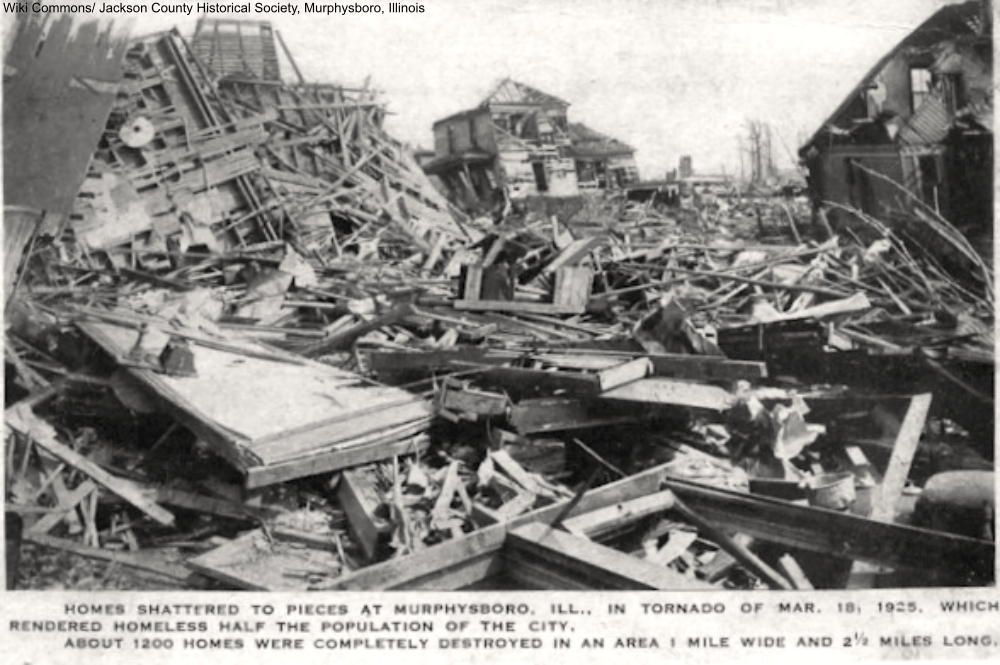 Destruction in Murphysboro, IL, from the 1925 Tri-state Tornado. Via/ Wiki Commons

The name “Tri-state Tornado” implies that the damage was limited to 3 states, but in fact Indiana, Illinois, and Missouri were just where the most damages were concentrated. Kentucky, Kansas, Alabama, and Tennessee were also hit with tornados that awful day. 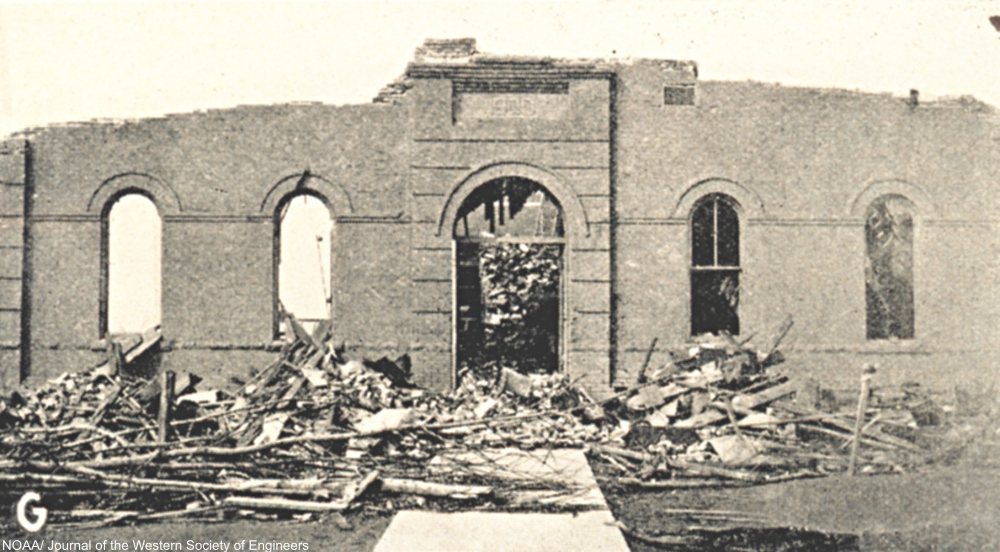 Elementary school in the path of destruction in De Soto, IL, where 33 children were killed. Via/ NOAA

The disaster is also called the Ti-state Tornado Outbreak since there were a number of other tornados in surrounding states at the same time. In all the areas affected by tornados that day, an estimated 2,300 injuries occurred that day. 29 people in Tennessee and 19 in Kentucky were killed by tornados in the Outbreak. 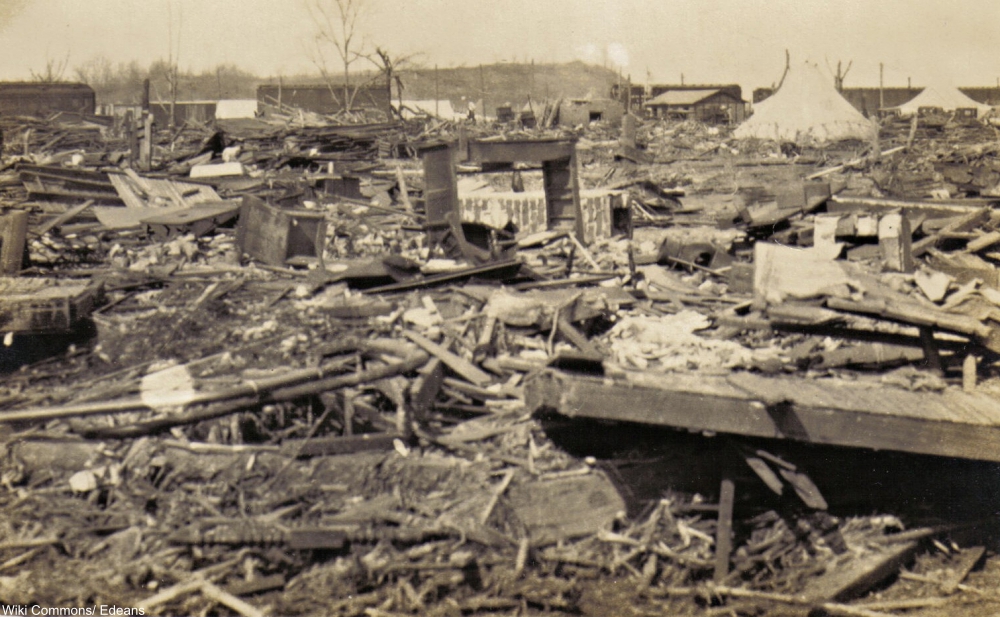 Men hang from the telephone wires above as men below clear the rubble of the Blue Front Hotel, Murphysboro, IL. Via/ NOAA

Click the “Next Page” button to find out why the word “tornado” was banned at the time!