Marilyn Monroe was one of the great beauties of the 20th century and her style revolutionized both film and fashion in the 1950s. If she was wearing it then scores of women would likely follow suit. One of her most memorable looks was the white dress she wore in the 1955 film, The Seven Year Itch. This halter dress had a pleated skirt which famously was blown around by the rush of air from the subway grate she was standing on. The scene was widely photographed as part of the publicity for the film and was the source of a great emotional scuffle between her and her husband at the time, Joe DiMaggio. He thought the way she posed for the press on the grate, with her undies showing just a bit, was entirely inappropriate. But, what’s interesting is that for all the scandal this scene caused, it was inspired by another movie scene…from 1901 no less! 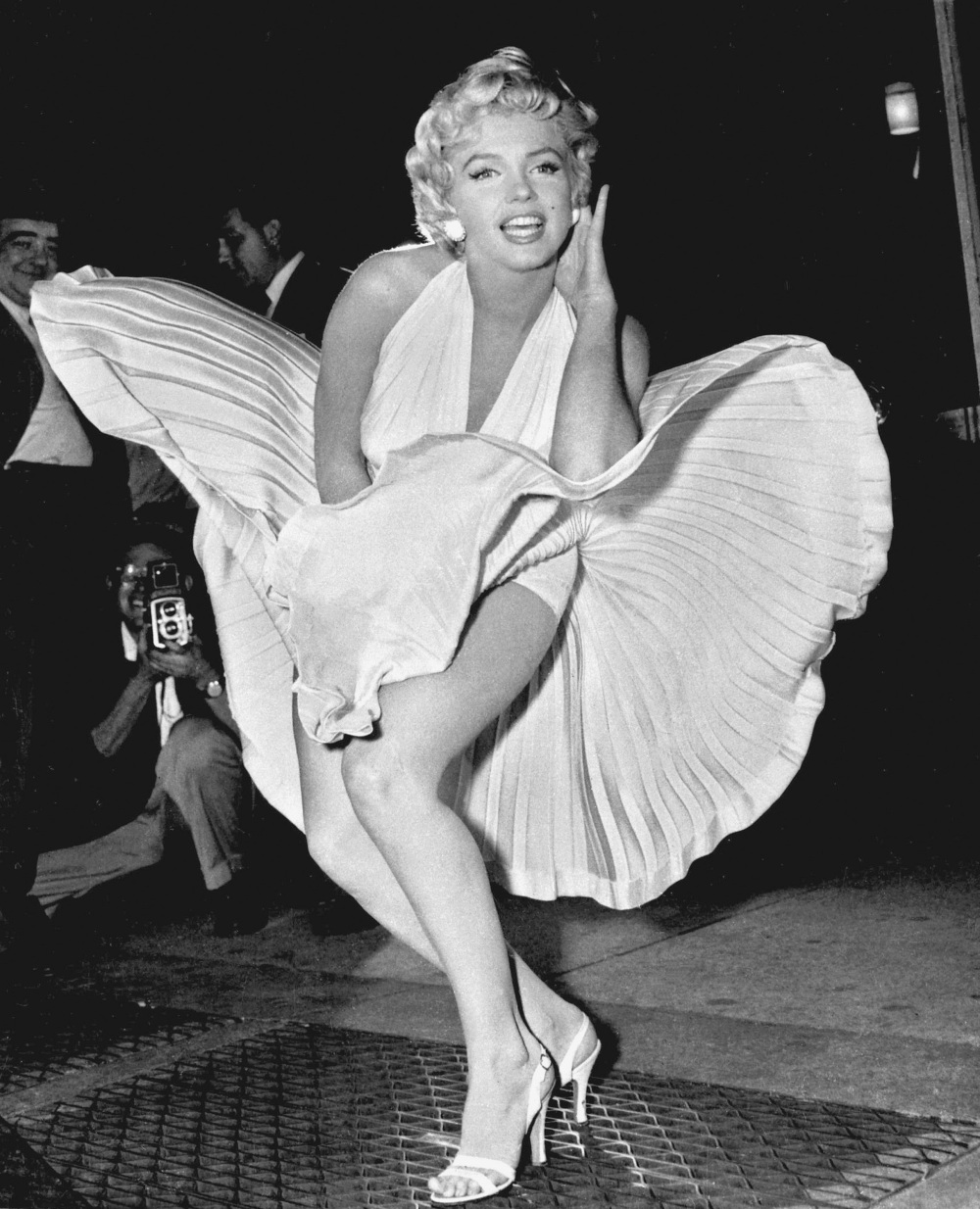 The original woman who got caught by the train was played by Florence George in the film, What Happened on Twenty-third Street, New York City. The late-Victorian film captures a young lady walking down the street with a male companion when her ample skirts are thrown around by the air coming from a grate in the sidewalk. Far from Monroe’s scandalous scene, George’s skirt only came up to her knees, revealing her thick stockings underneath. It’s hard to say which one was more scandalous. Monroe’s scene certainly was revealing, but on the other hand, the standards of 1901 were so much stricter that even seeing a stocking knee might have been enough to completely humiliate a young woman.

Watch this 1901 scene below, which has been colorized, enhanced, and sound added to it.