It seemed like just yesterday that the dog days of summer were here and we were complaining about the heat. Now we are in a transitional phase, and before long, we will be dealing with the cold winter weather.

It’s a time of year that many people dread, but it seems as if it is also a time that can bring us a lot of joy, at least if we look at the history of winter. 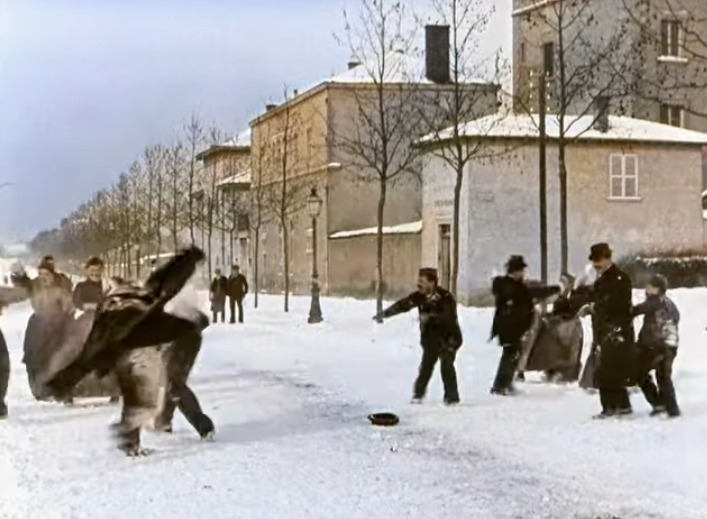 The video was actually quite a feat for that time, but the Lumière Brothers were pioneers in the art of filmmaking. The silent film, titled Bataille de boules de neige (Snowball Fight) is everything you would hope it would be.

The original footage out of history is a little difficult to see because the facial features and clothing were somewhat distorted by the technology of the day. Now that it has been colorized, however, things come into sharper focus.

In order to colorize the video, a moderated version of the AI-powered software DeOldify was used. 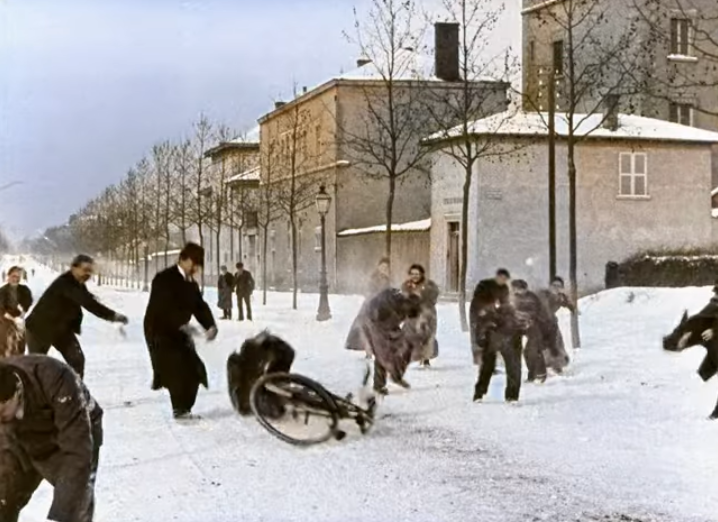 When you look at the modern-day version below, it is almost as if it was taken with modern-day equipment. The only reason why you would think it was from history is because of the outdated clothing that they are wearing. It’s quite a fun scene, as they are throwing snow at each other, and soon, a bicyclist comes in and gets knocked off his bike in the crossfire.

Watch it for yourself below: