Picture the earth before humans, dinosaurs going about their business in what surely looked like another planet, with species of plants and animals that we might not even be able to imagine today. It is during this time period that scientists paint a scene wherein flowers (now long-extinct) are deposited into resin, which then becomes amber. What we are left with is not only a romantic look at the earth of hundreds of millions of years ago, but a wonderful specimen which has few relatives on earth today. 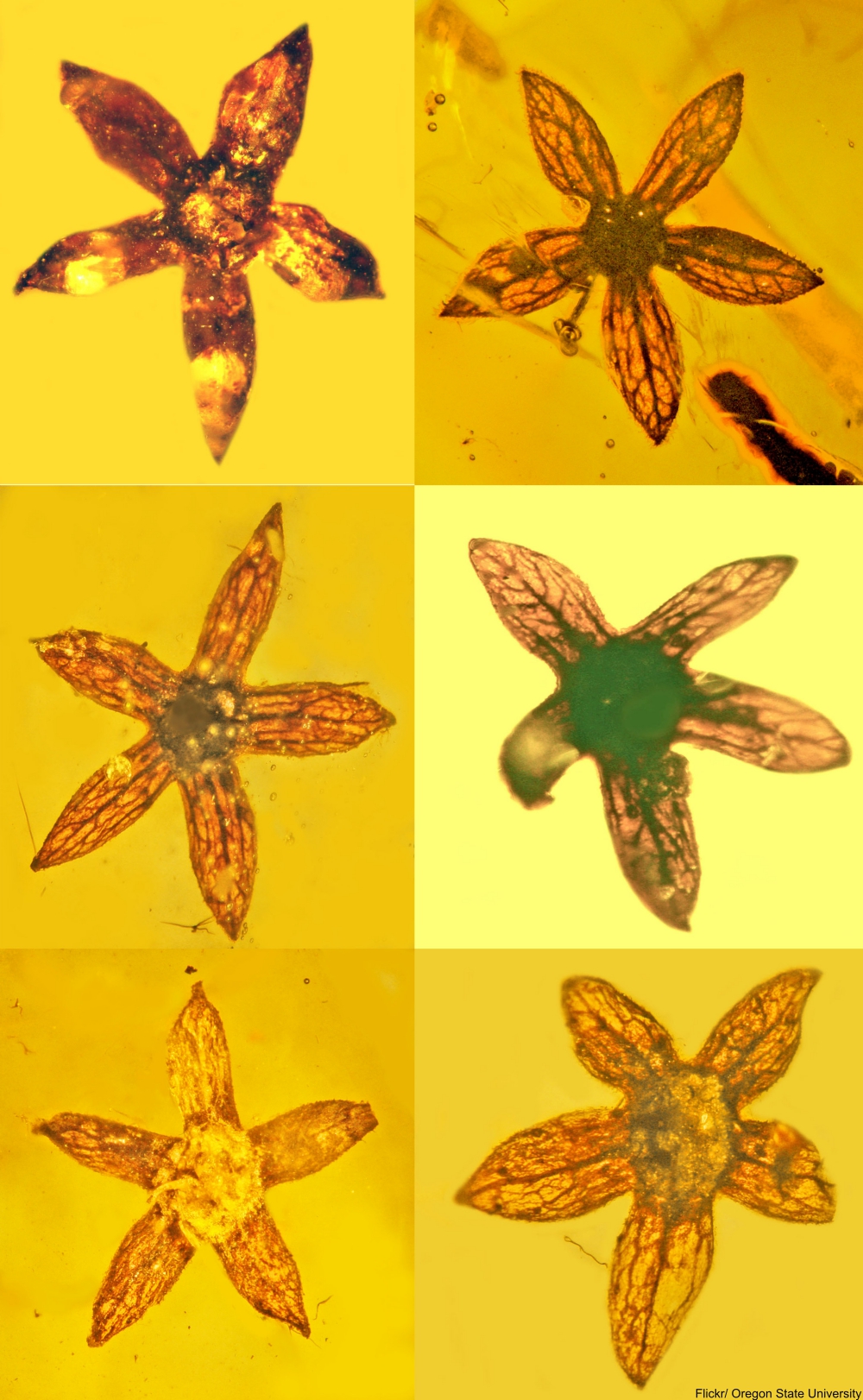 Researchers, George Poinar Jr. and Kenton Chambers from Oregon State University have discovered a series of flowers encased in precious amber from Myanmar. In all, 7 specimens were found and the flowers, which exist in the genus tropidogyne, have been poetically named pentaptera, which is Greek for “five wings.” The delicate little flowers only measures about 3-5 millimeters across, necessitating a microscope just to study them.

The nearest living relative to the tropidogyne pentapera today is the Christmas bush of Australia. Like its prehistoric cousin, the Christmas bush does not have petals, but rather has sepals. These tiny, veined flowers represent a link to the past in such a tangible and beautiful way. Poinar stated that it is possible that a passing dinosaur knocked the healthy flowers loose from their perch into what would become their preserving home for millions of years, another vivid image to savor. 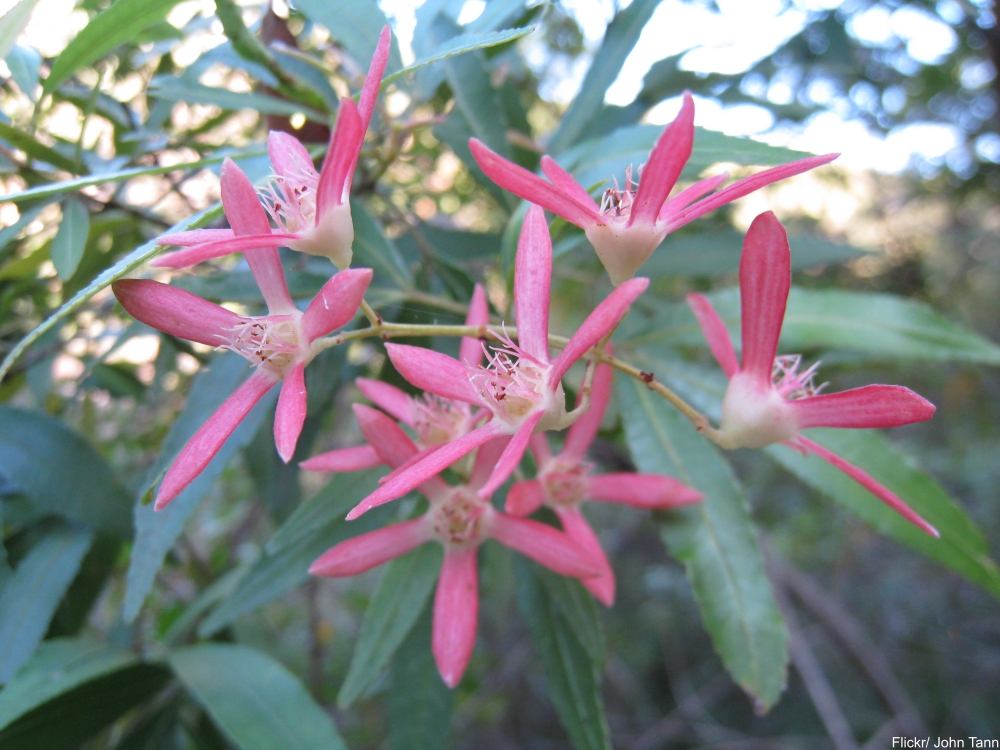 The fact that the preserved and the living species of this sepal flower are found so far apart is testament to the age of the amber: the flowers were encased in the amber before the ancient Gondwana supercontinent broke apart, in another time when India and Australia were not yet separate. It certainly does capture the imagination to think of all the events that had to happen in order for these tiny flowers to be studied today!

If you loved this then click here to read about the incredible bog butter which is 2,000-years-old and still edible!