The Parachute Wedding Dresses of the 1940s Were Really Something Else

We’ve all heard stories about World War II brides who made their wedding dresses out of the parachutes that saved their sweethearts, but how often do we get to see the beautiful creations? Not nearly enough! So, we’re showcasing a few of the most beautiful and noteworthy parachute dresses of the era below. Enjoy! 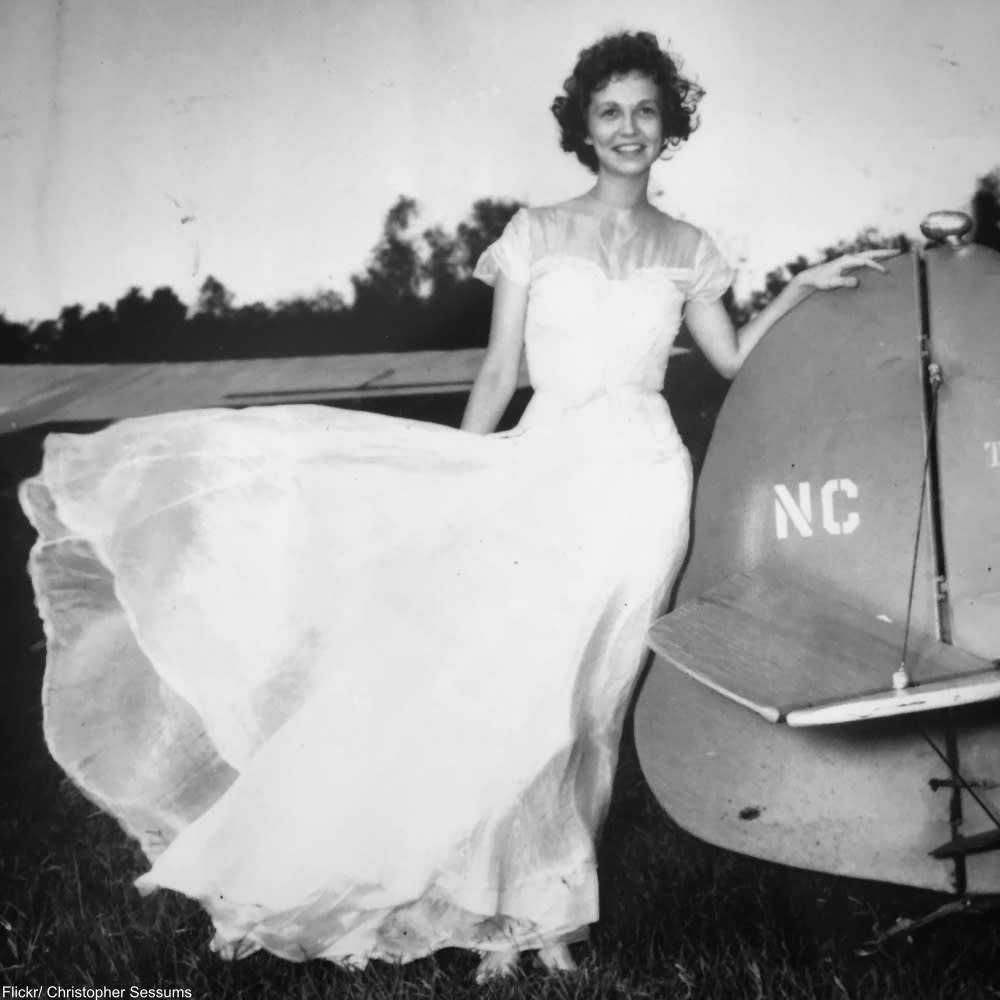 The trend to make bridal gowns from parachute silk got started well before the war ended. As early as 1943 newspaper articles were running stories about dedicated and fierce young women who were not letting anything go to waste, including the parachutes their husbands jumped from planes in! The act became not only a symbol of resourcefulness and industriousness, but also an act to honor the service of these men. 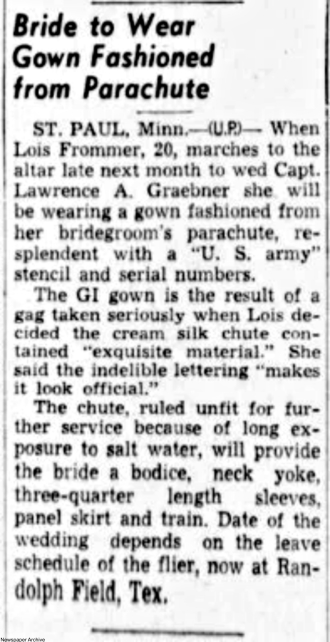 This story ran on Aug 5th, 1943, in the Wisconsin State Journal newspaper. Via/ Newspaper Archive

Such a powerful symbol was the soldier’s parachute that one man even proposed to his future bridge using his parachute instead of an engagement ring and she said “yes.”

But, it wasn’t just the fiancés of men in uniform. One image from a Bergen-Belsen survivor shows her in a dress reportedly made from a German soldier’s parachute as a sign of victory. Just imagine wearing the parachute fabric of someone who tried to wipe out your whole community! 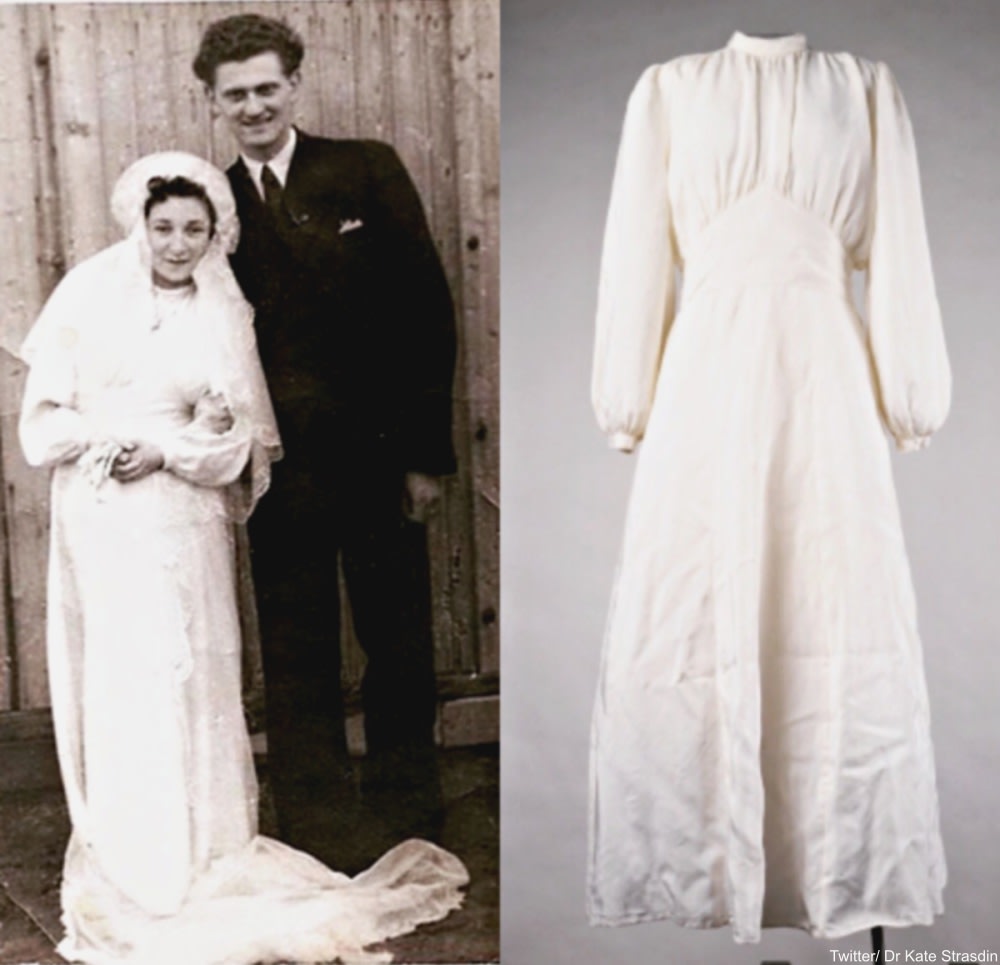 Lilly and Ludwig Friedman on their wedding day at the Bergen-Belsen Displaced Persons Camp. Lilly’s dress was made from a German soldier’s parachute. Via/ Twitter

Dress made by an American bride after her G.I. brought back this Japanese silk parachute fabric, presumably from a Japanese soldier who was killed. Via/ Wiki Commons

Many of the parachutes were pure silk in delicate cream, so they made excellent material for dresses, as did the thinner nylon material. Parachutes were brought back by servicemen as souvenirs but many were deemed unfit for use after their soldiers had used them to land in seawater or if they had been otherwise damaged. 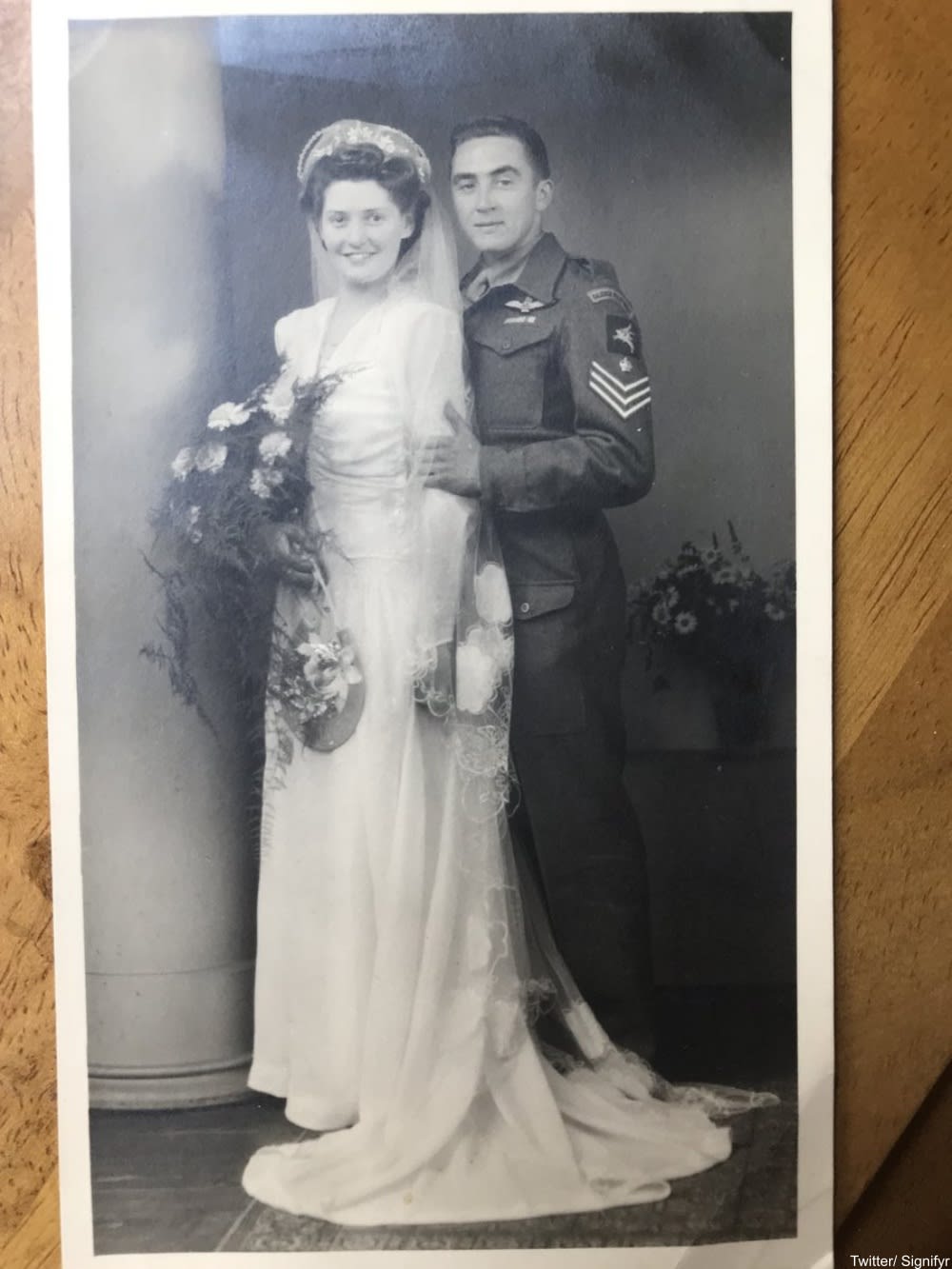 When compared with other WWII-era bridal dresses those made from parachutes are much longer, filler, and more voluminous. This explains why the trend caught on! Via/ Twitter 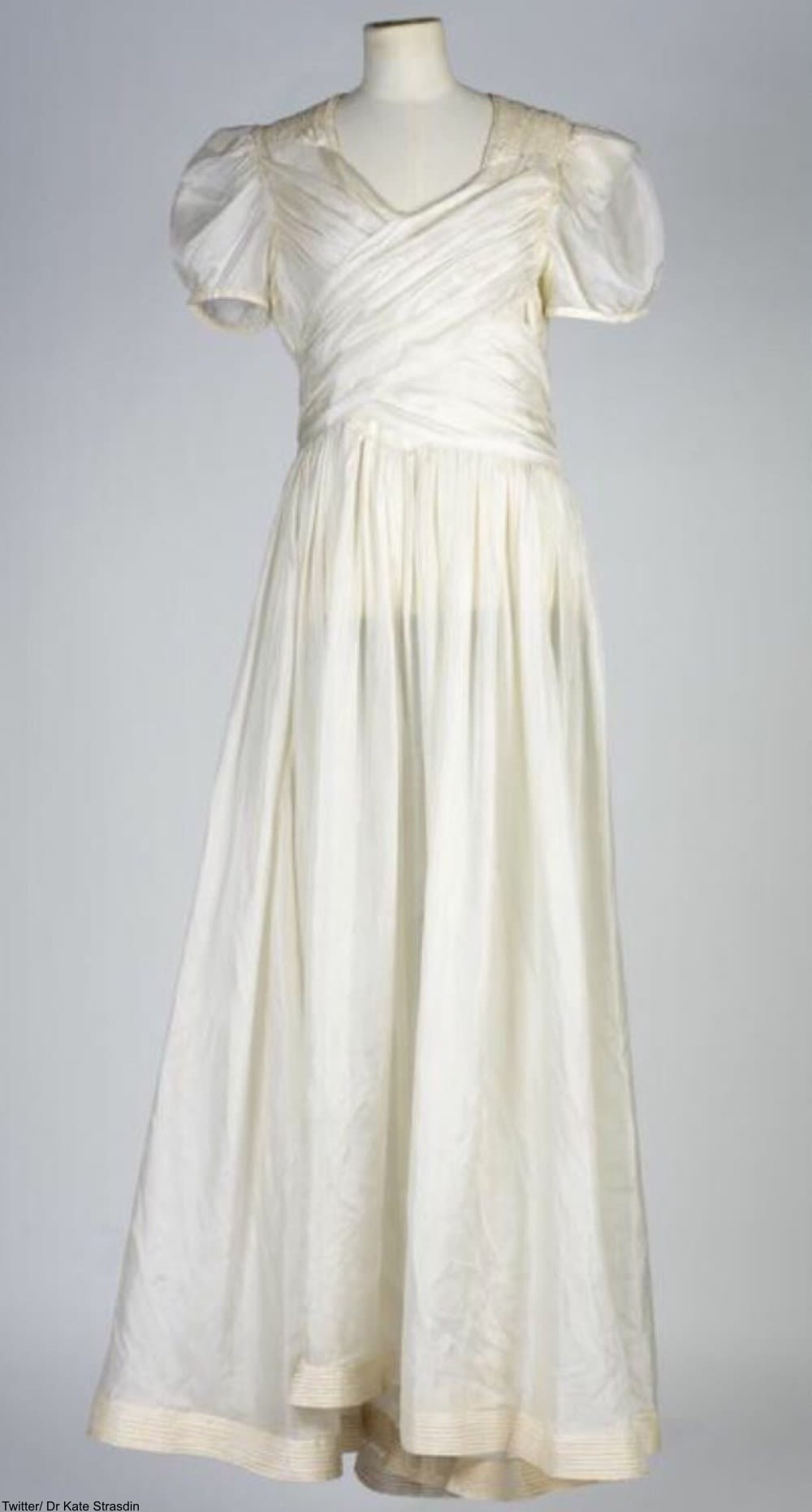 Many, many women in the U.S., Europe, and Australia took up the trend in support of their fighting fiancés. Finding a lot of white or cream fabric might not have been very easy, but a parachute provided more than enough for a voluminous dress with puff sleeves, grand train, and any other frilly details a girl might need for her wedding dress. Today some of these dresses are in museums while others are cherished pieces of family collections and they don’t often come up for auction, making them a rarity on the vintage clothing market.

Wedding trends over the years sure have changed: Click “Next Page” below!