Why We Eat Turkey On Thanksgiving

When it comes to Thanksgiving, it really wouldn’t be the same without a big turkey on the table. It has been a tradition in most families for as long as we can remember, but it may leave you wondering, why do we eat turkey on Thanksgiving? You might be surprised by how far back the tradition goes.

Thanksgiving dinner is not a recent addition to the holiday lineup. It was 1621 when the first Thanksgiving dinner took place between the pilgrims and the natives. The area was Plymouth, Massachusetts, and considering everything revolving around that setting, there were very few options available for dinner. 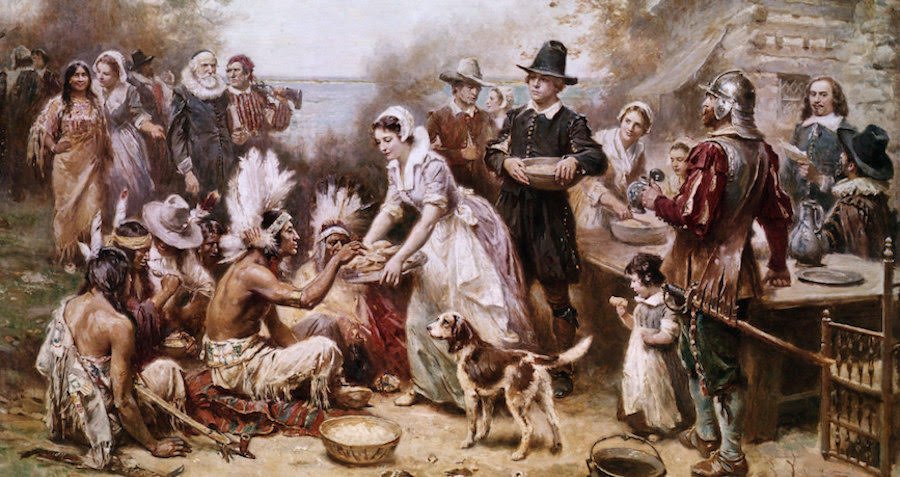 It was really limited to what you could hunt in New England and turkey was on the menu. According to William Bradford, the Plymouth governor, the first feast included ducks and other waterfowl, fish, and loads of turkey.

That was really just the beginning, but the tradition stuck, even as the holiday spread beyond the Massachusetts area. There have been other traditions that have come about in later years, such as green bean casserole, but you will not get an older Thanksgiving tradition than turkey. Many of the other dishes that were served in the first Thanksgiving are not quite as popular these days. Turkey tends to be affordable, especially when those big sales hit in November.

So the next time you have turkey for Thanksgiving, you can think back to 1621, when the original Thanksgiving dinner, no doubt, also contained a big bird on the table.