A Look at What Really Went on Inside Victorian Insane Asylums

Insane asylums were once the purview of experiments, neglect, and even a sideshow atmosphere – the latter attained when the Bethlem Royal Hospital in London accepted admittance fees for the public to tour the grounds and chambers of inmates, observing the horrors of the untreated insane who were often in chains. 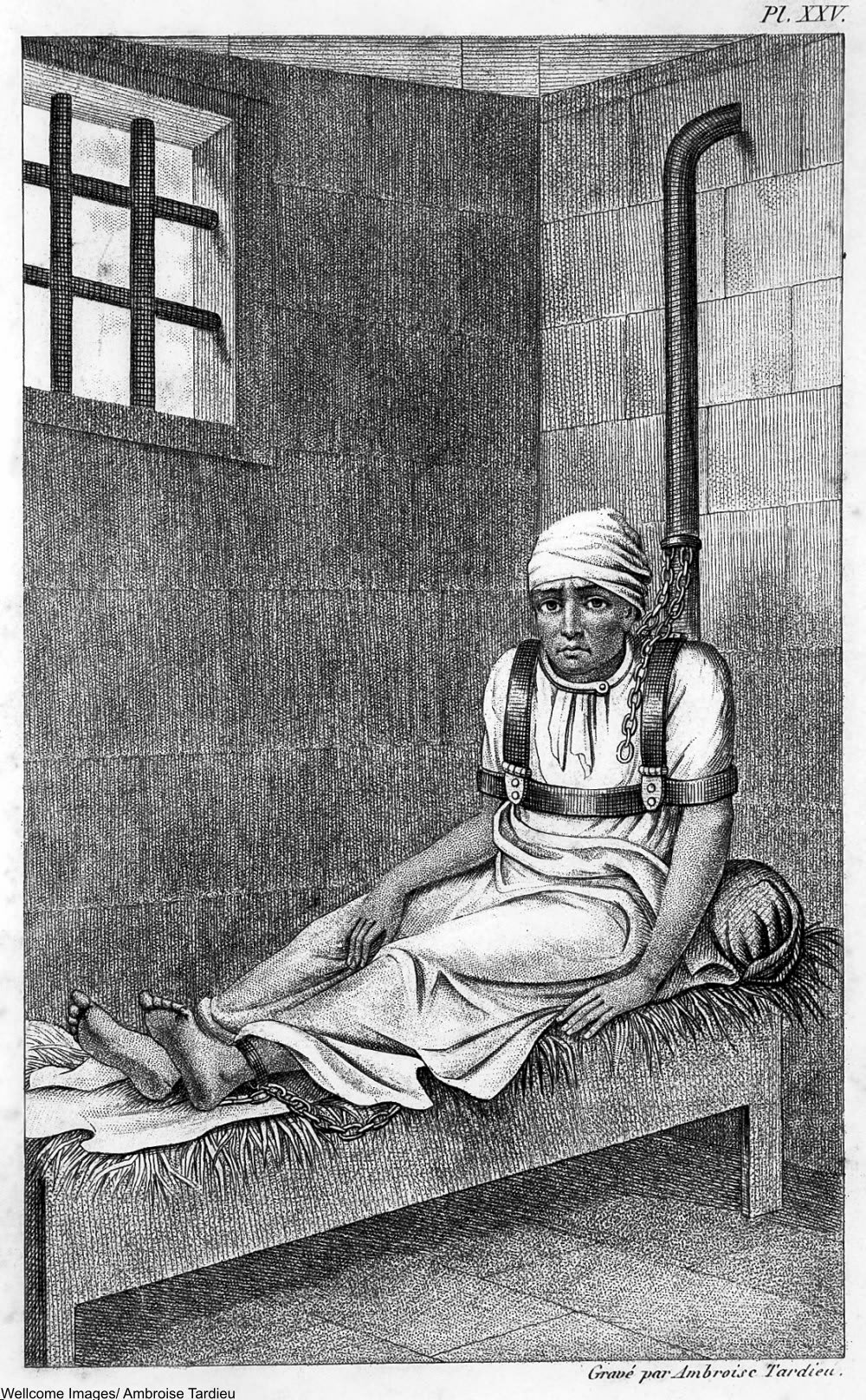 Conditions at the pre-reform Bethlem. Via/ Wellcome Images 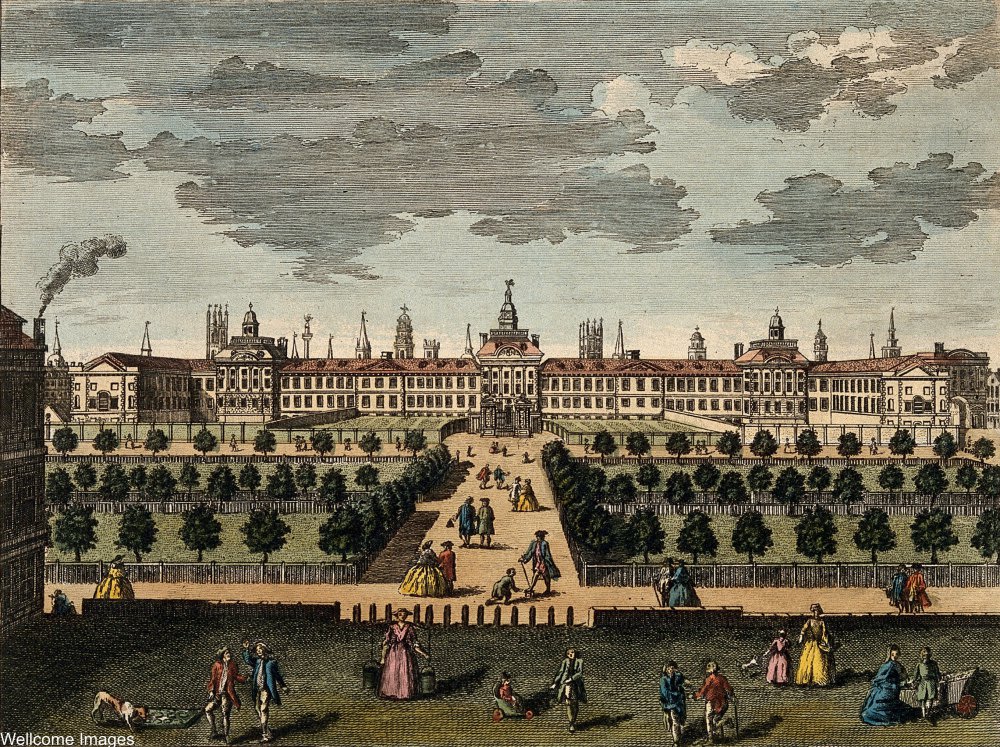 Lest we be quick to judge it should be noted that asylum tourism was once quite the fancy of many middle class Americans during the 1800s, too. Stereoscopic cards announced the glory of newly-built grounds which were considered attractions to be seen on vacation. Many of the most picturesque asylums resembled universities or manors, an attempt at dispelling the myths of over crowded and dirty asylums. 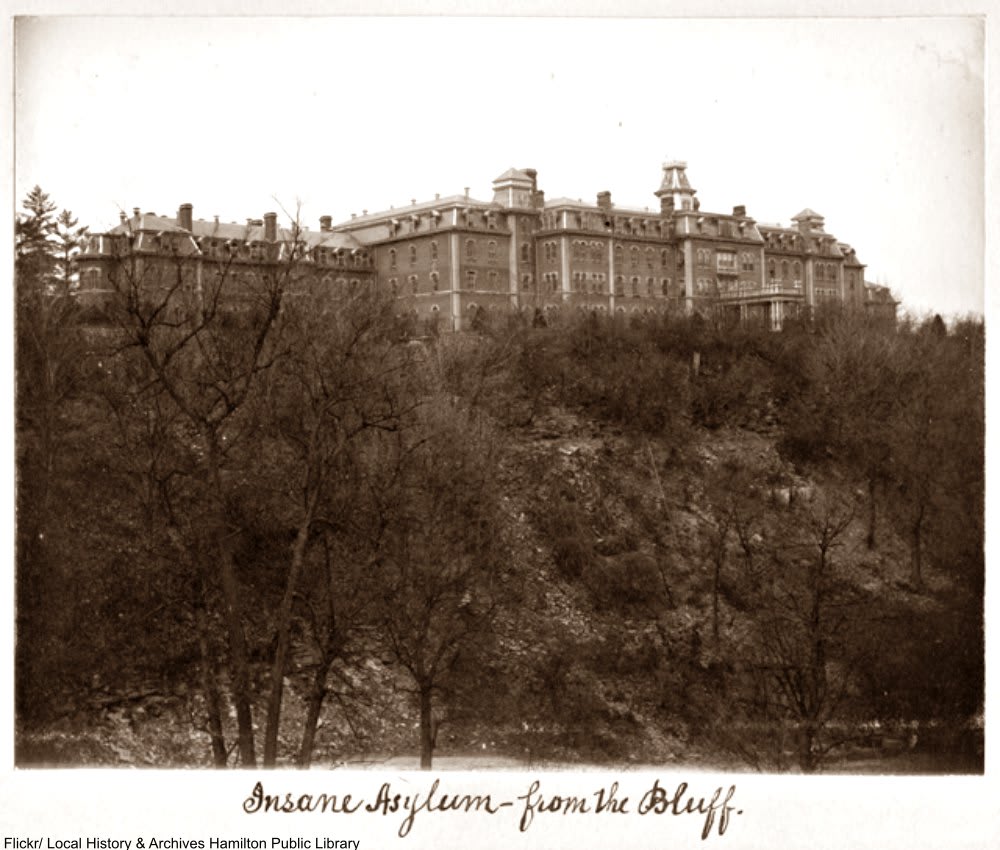 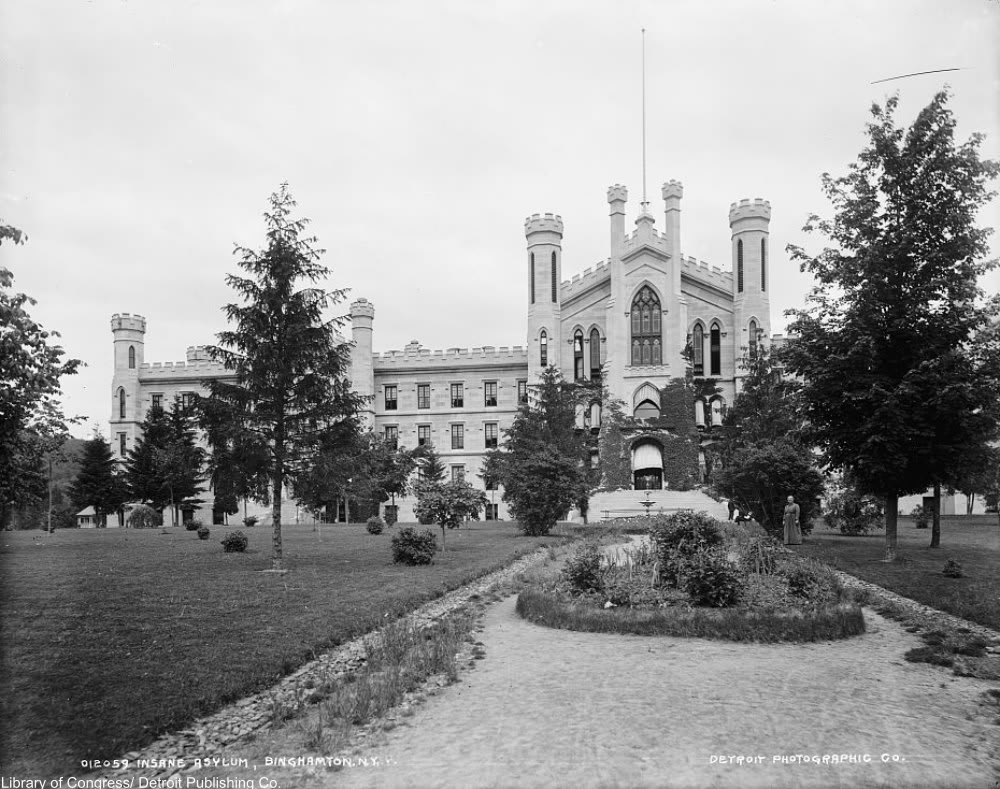 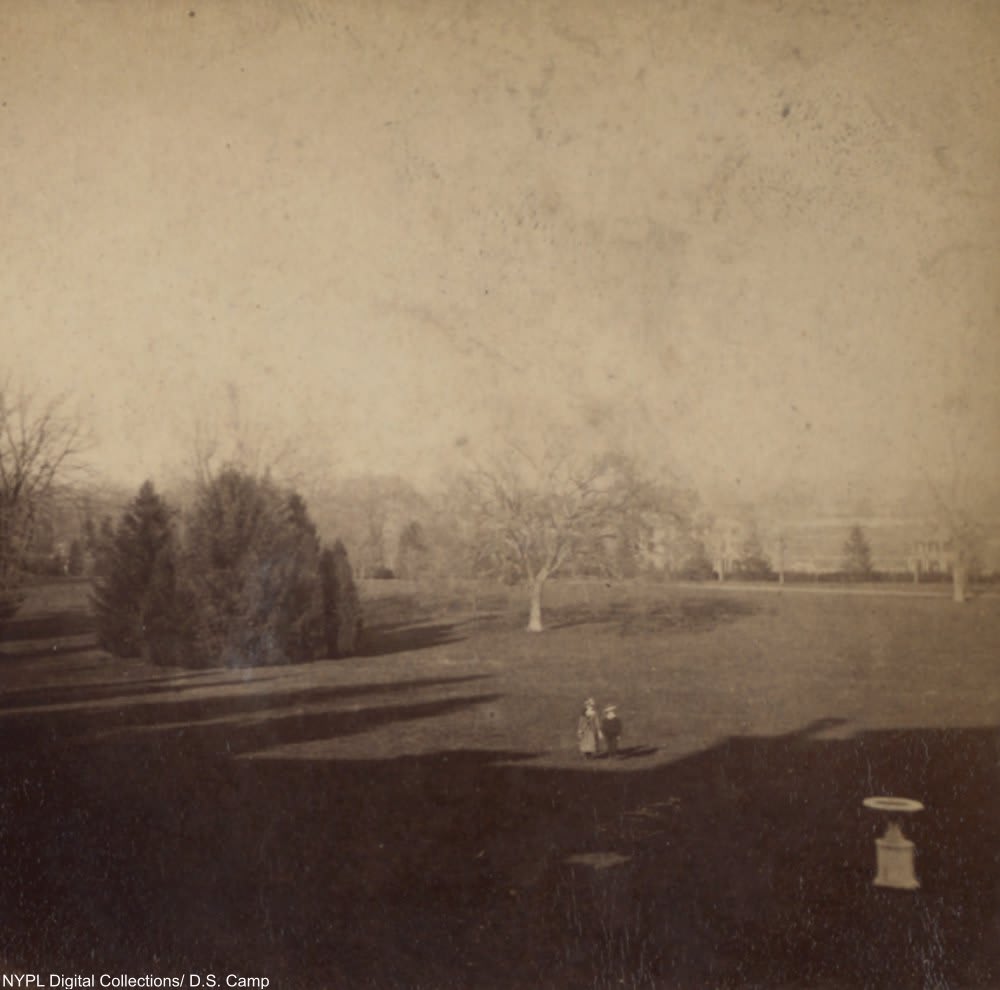 Fine architecture, zoological therapies, and meticulously-kept grounds were some of the offerings for patients whose families could afford the cost. For those who could not, conditions often reflected the jails of medieval Europe more than hospitals. Indeed areas without asylums often held the insane in jails or almshouses (workhouses) until a place could be found for them. 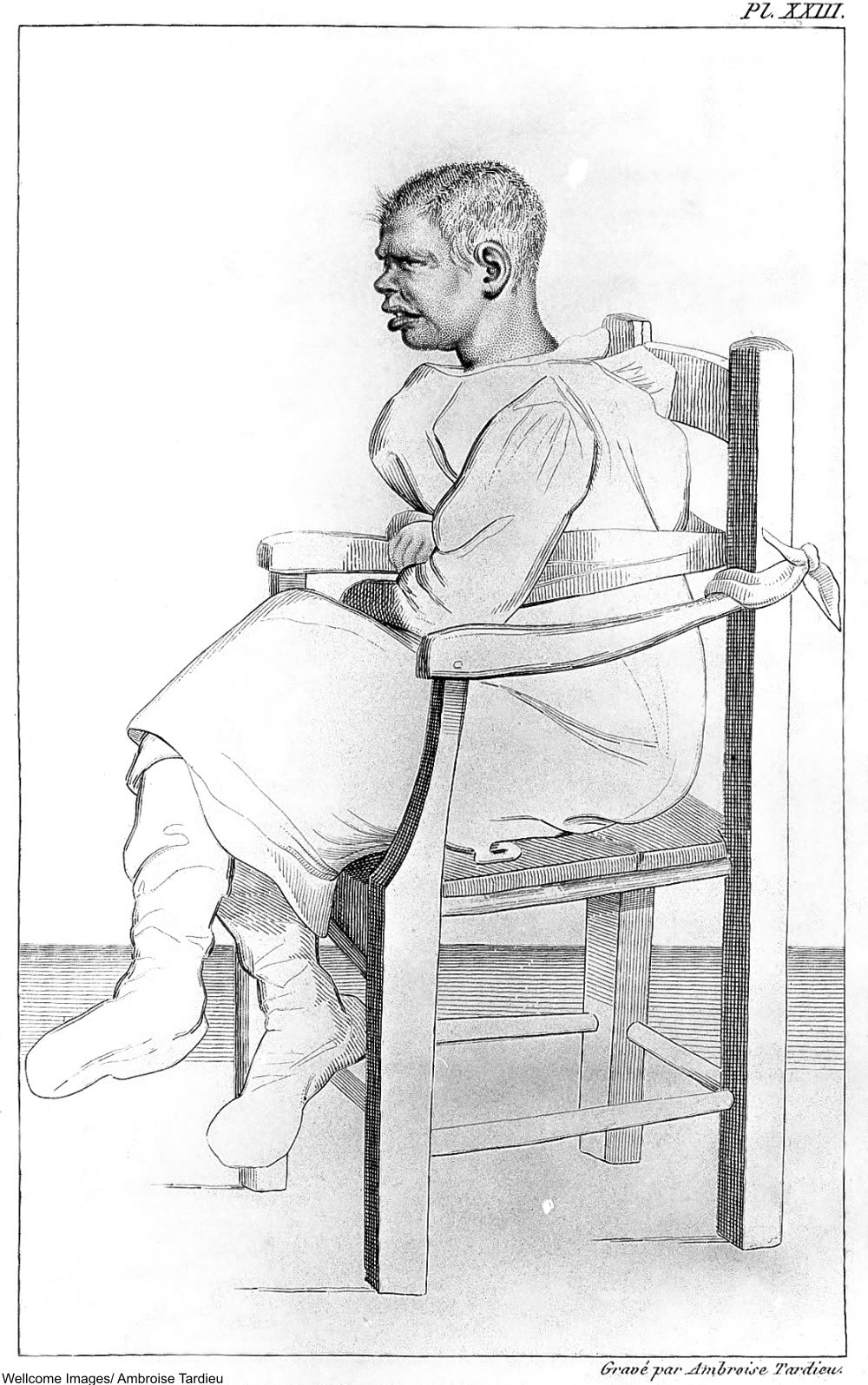 Medical illustration from 1838 shows restraints in use in France, something which sadly did not change much over the years. Via/ Wellcome Images 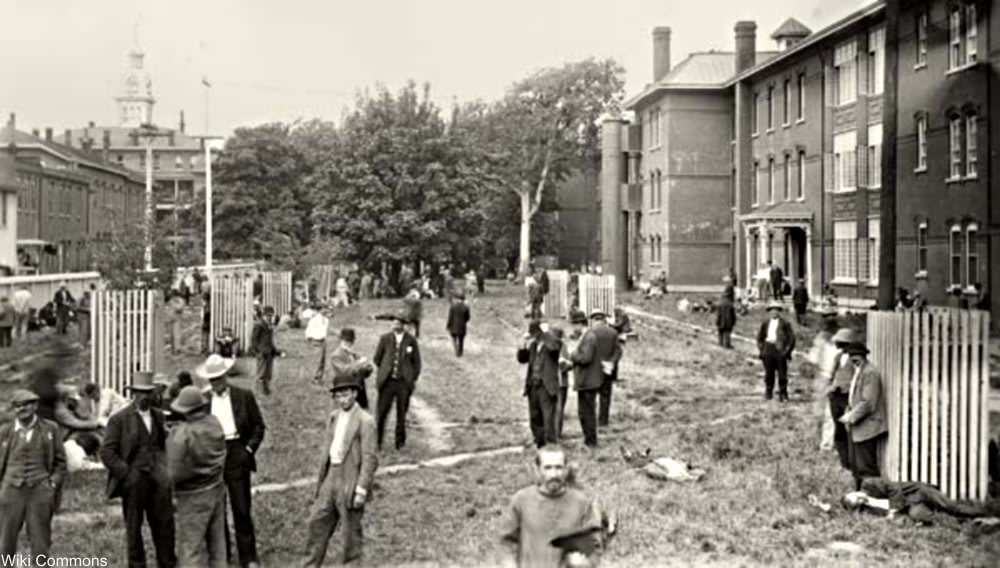 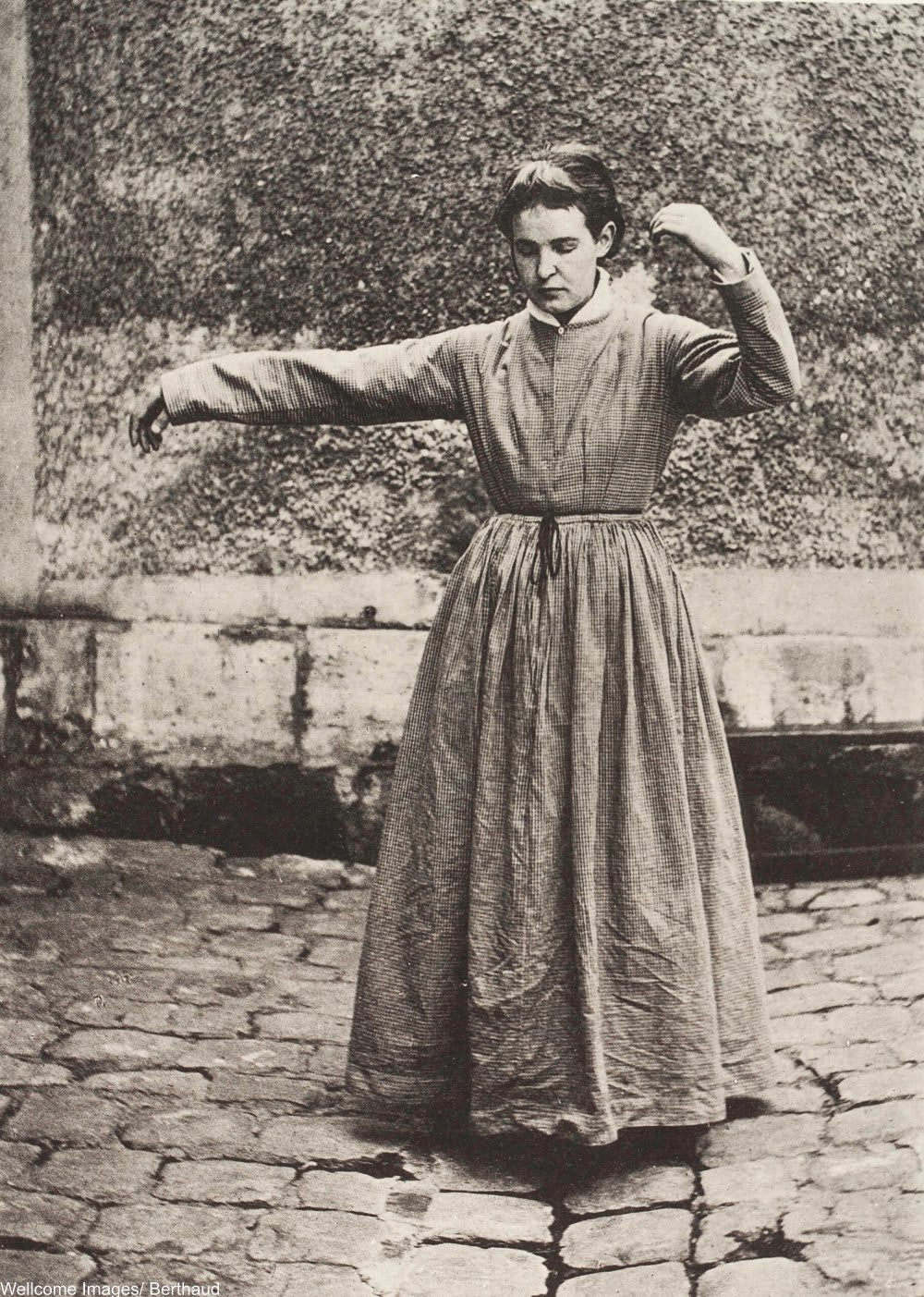 In 1887 there were in England more than 80,000 insane asylum patients in the various types of facilities (workhouses, pauper asylums, private asylums and hospitals, as well military and criminal insane asylums). In the U.S. in 1880 there were 232,473 people in asylums, workhouses, juvenile detention centers, and homes for the blind and deaf. Despite well-intentioned methods of treatment (which included restraints and hydrotherapy), even improvements made around the turn of the century left segments of asylum populations vulnerable to mistreatment and misdiagnosis. 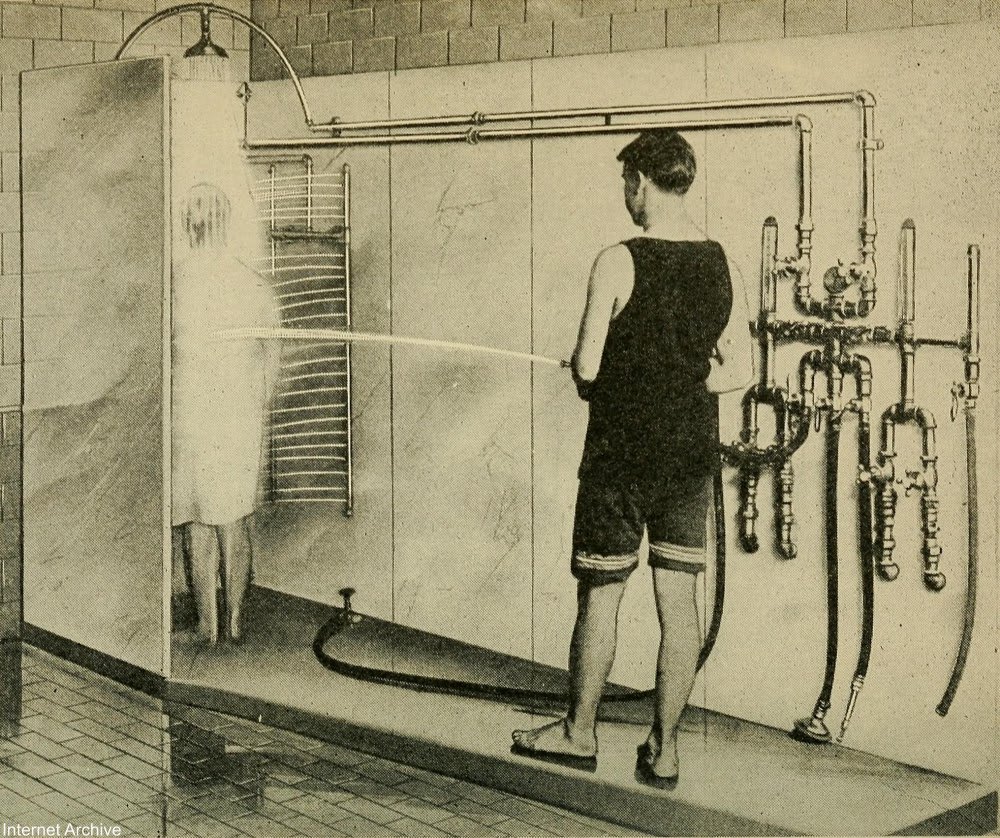 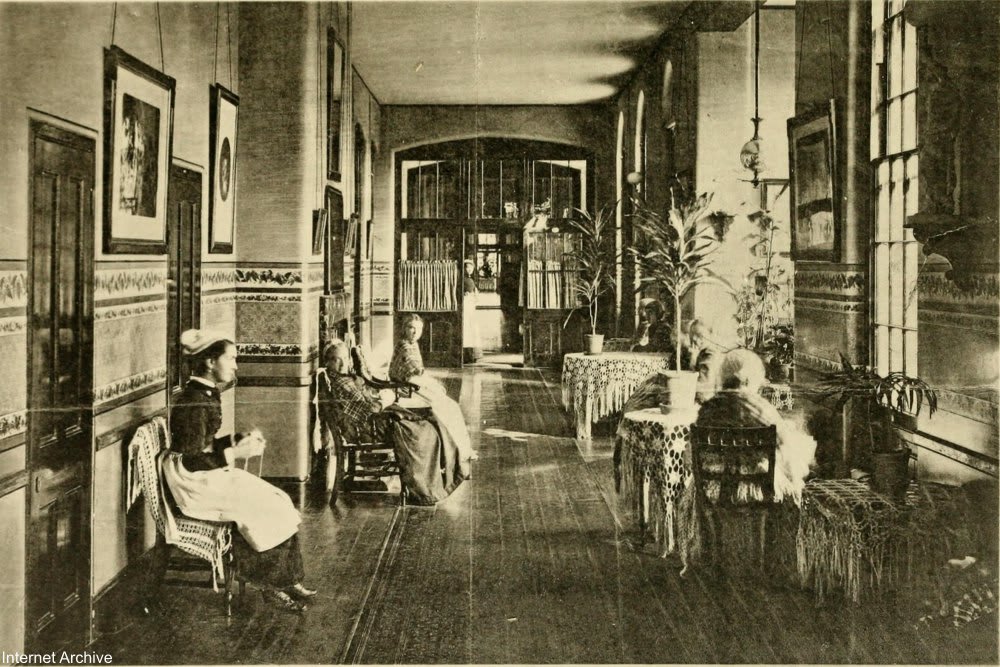 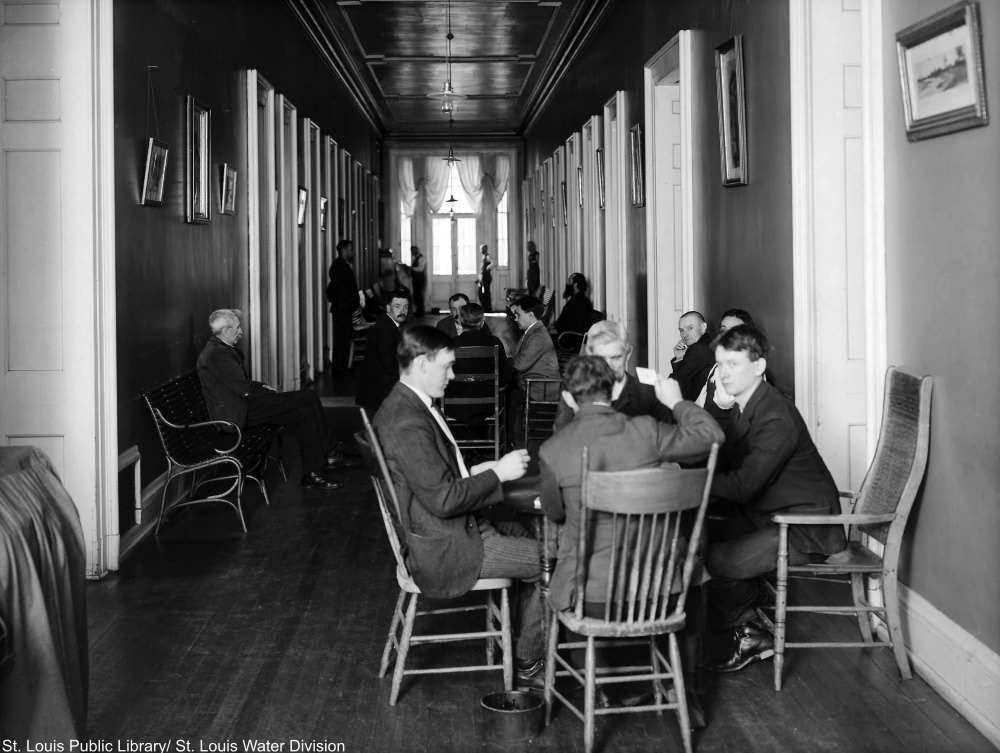 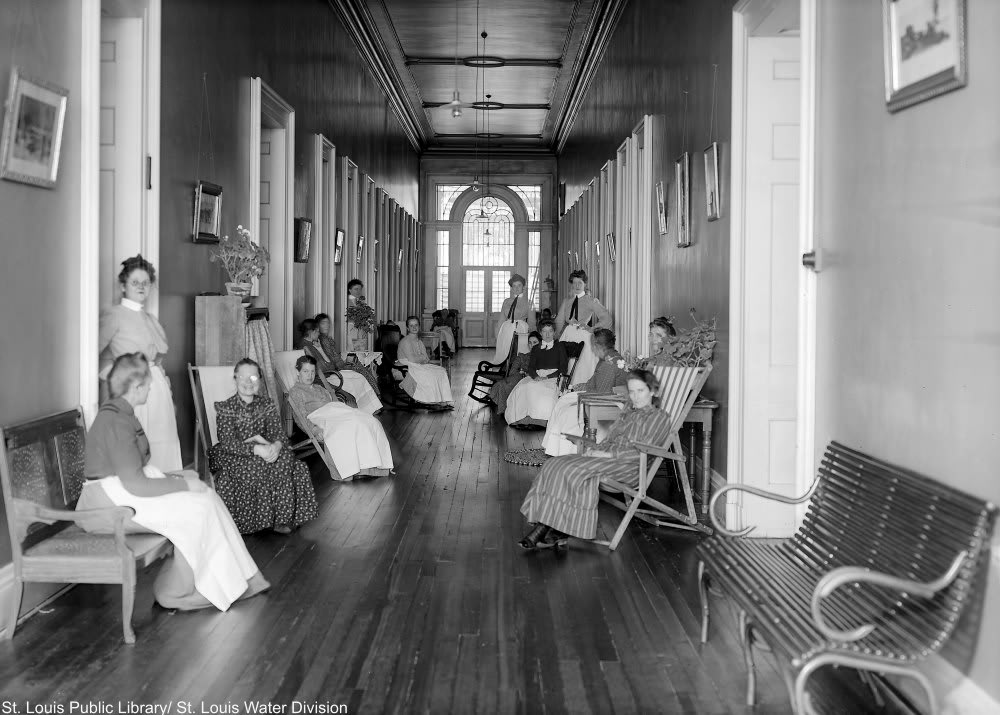 Patients in asylums could be suffering from diseases (like syphilis, epilepsy, or alcoholism) or even from extreme grief. Sometimes the elderly and those with senility ended up in insane asylums. While we would today consider these medical ailments or matters for family, the lack of successful treatments and knowledge of disease meant that in many cases patients/inmates would have been incarcerated for life. 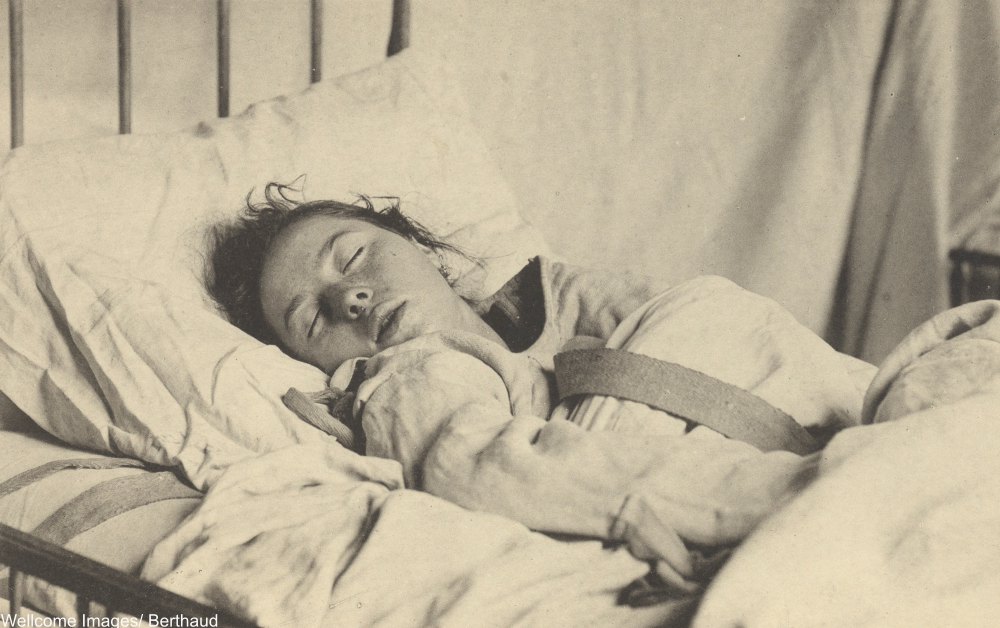 This restrained woman was diagnosed with having “hysteria-induced narcolepsy.” Via/ Wellcome Images 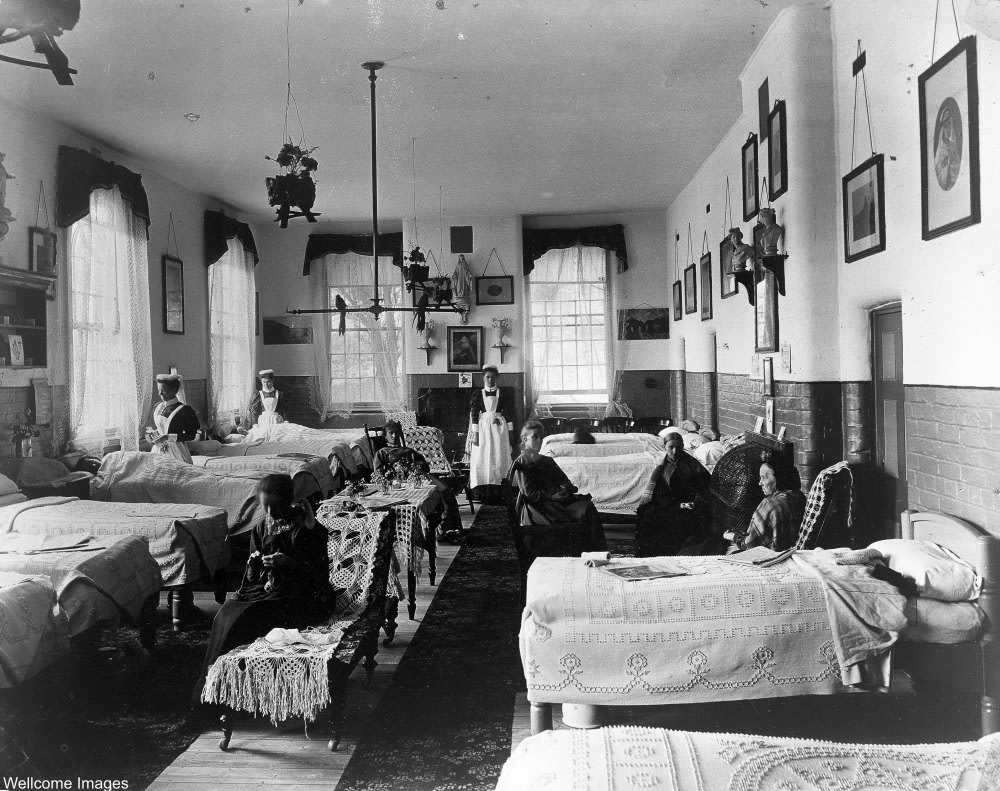 Women’s ward in England, clearly a very nice facility compared to many institutions of the era. Via/ Wellcome Images 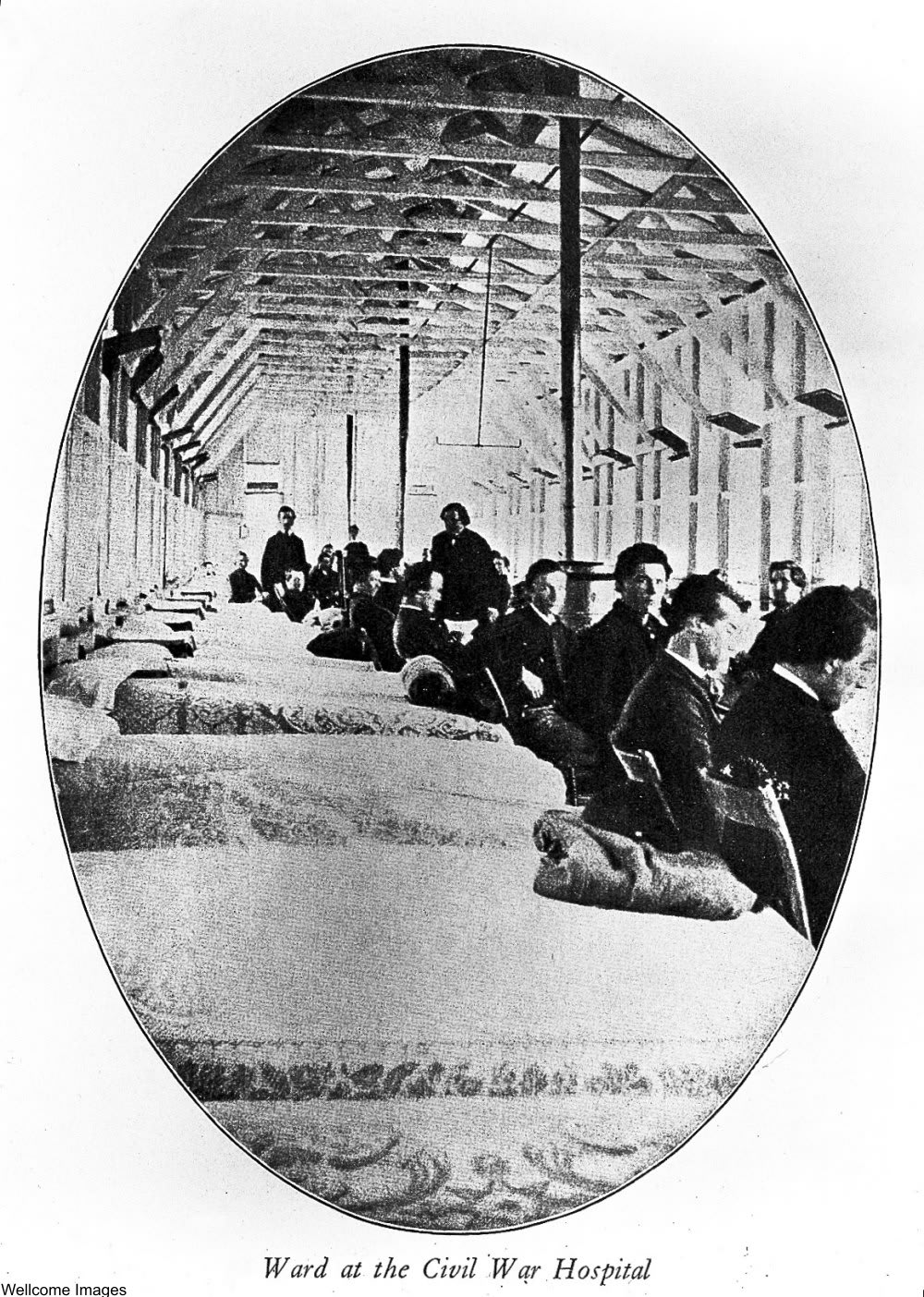 Staff were advised to bribe them with food, and to coerce, or punish patients who often had little control in their lives – and this was at facilities where the staff believed they were giving good treatment to the inmates! Some facilities offered little to no treatment or discussion of care. On the other hand some facilities offered occupational or distractive therapy, one of the few steps towards humane treatment of mental patients at the time. 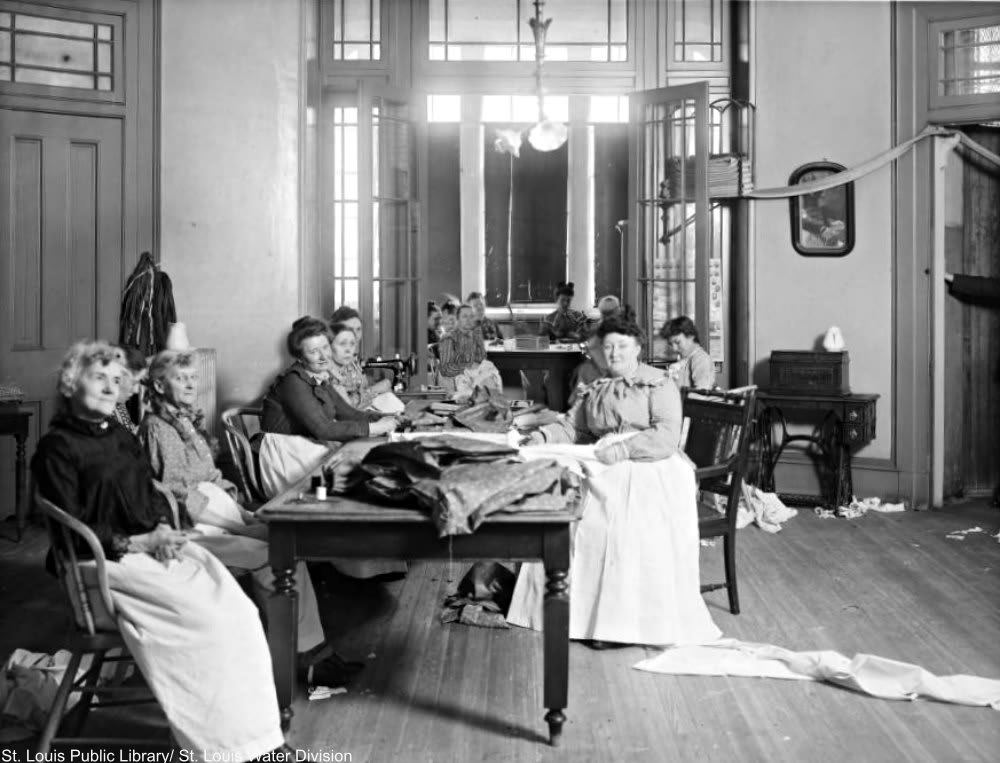