The fossils of a new tyrannosaur, thought to be a close relative to the Tyrannosaurus rex, has been found. They are calling it the ‘reaper of death.’

The Thanatotheristes degrootorum was apparently a carnivorous dinosaur and its remains were found in Alberta, Canada. It is thought to have been alive on earth millions of years ago and it is said to have serrated teeth.

A number of different types of tyrannosaur have been found in North America, but this dinosaur, at 79.5 million years old, is the oldest so far. Researchers are also saying that this species is the first tyrannosaur to be discovered in Canada in more than five decades. 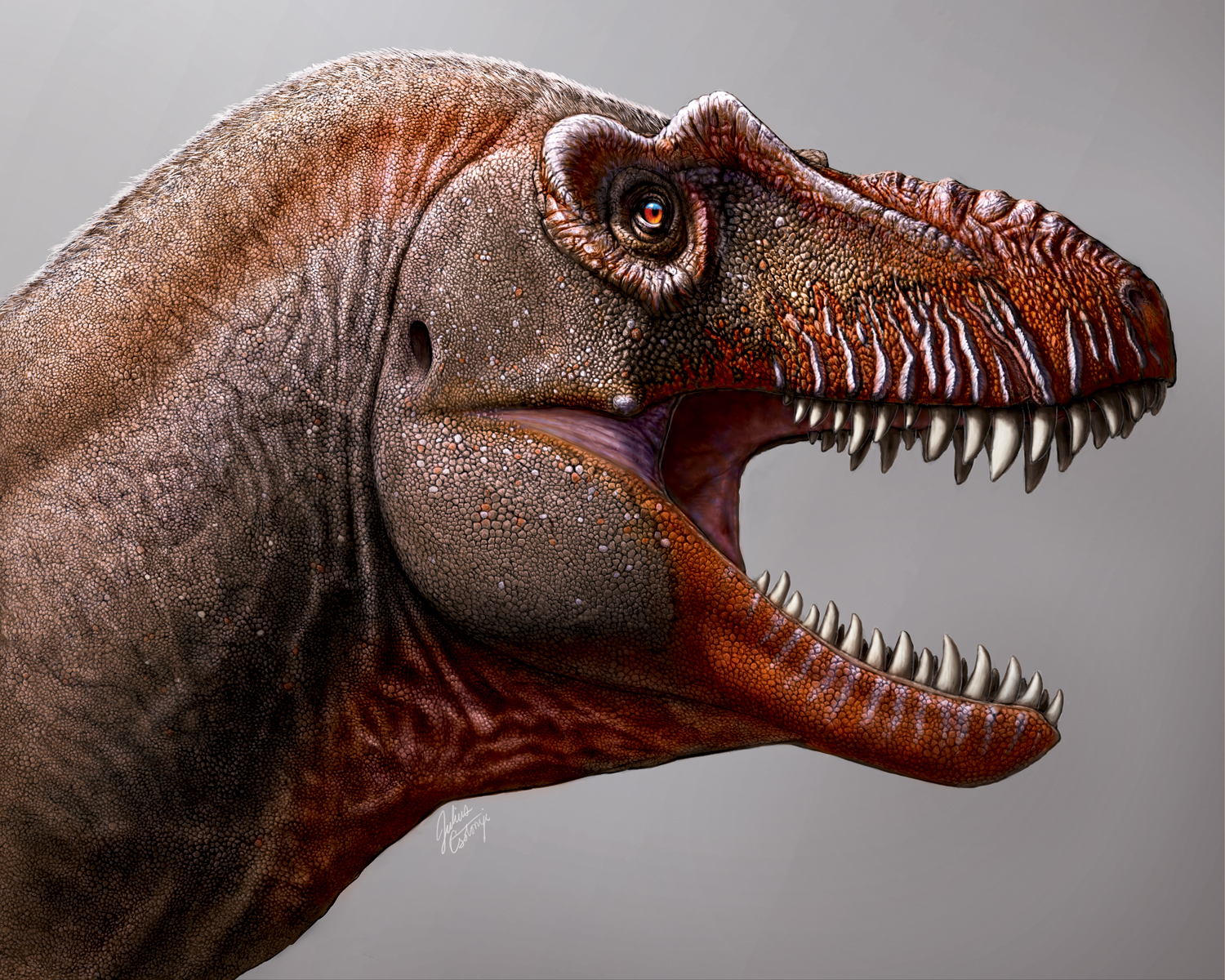 The University of Calgary and Royal Tyrrell Museum paleontologists have looked at the fossils for the past year. They were first discovered in 2010 near the town of Hays.

John and Sandra De Groot were the first to make the discovery, which consisted of small parts of the upper and lower jaws and skull. It seems as if it may have fallen from a cliff before it was discovered. The name of the species, Thanatotheristes degrootorum translates as ‘Reaper of Death.’

According to the Royal Tyrrell Museum, the De Groots had found the fragments, but Jared Voris, a PhD student, was the one who realized it was from a new species.

The lead author of the study, Voris, said:

“We found features of the skull that had not been seen before in other tyrannosaurs. The fossil has several physical features, including ridges along the upper jaw, which clearly distinguishes it as being from a new species.” 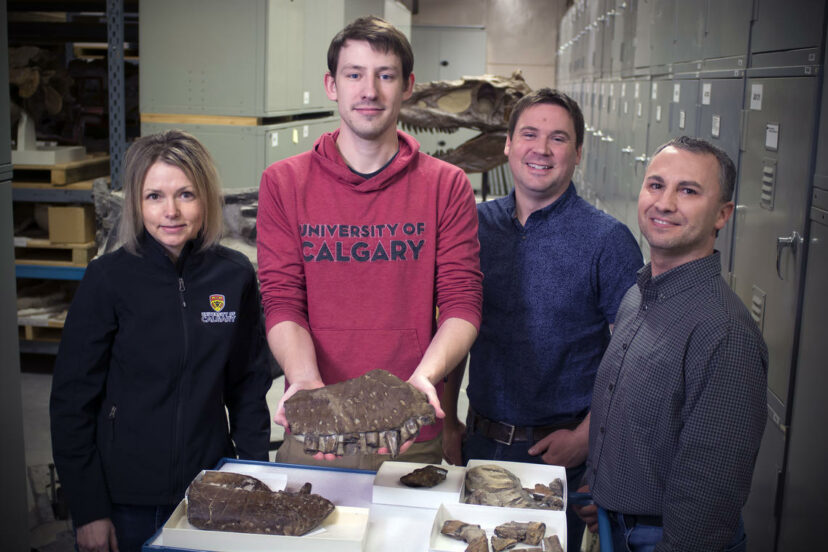 According to Voris, the new specimen can help to teach us much about the late Cretaceous period, when it was common for tyrannosaurs to run the earth. It is thought that the Thanatotheristes degrootorum may have lived during that time, which spanned from about 145 million to 65 million years ago.

One of the interesting features of the dinosaur was the knife-like teeth that were up to 2.7 inches long. The dinosaur was about 26 feet long from the snout to the tail. Try to envision 4 king-size mattresses lined up and you will be close to that size.

Another interesting feature was the vertical ridge from the eyes to the nose. Nobody is really sure at this point why they existed. 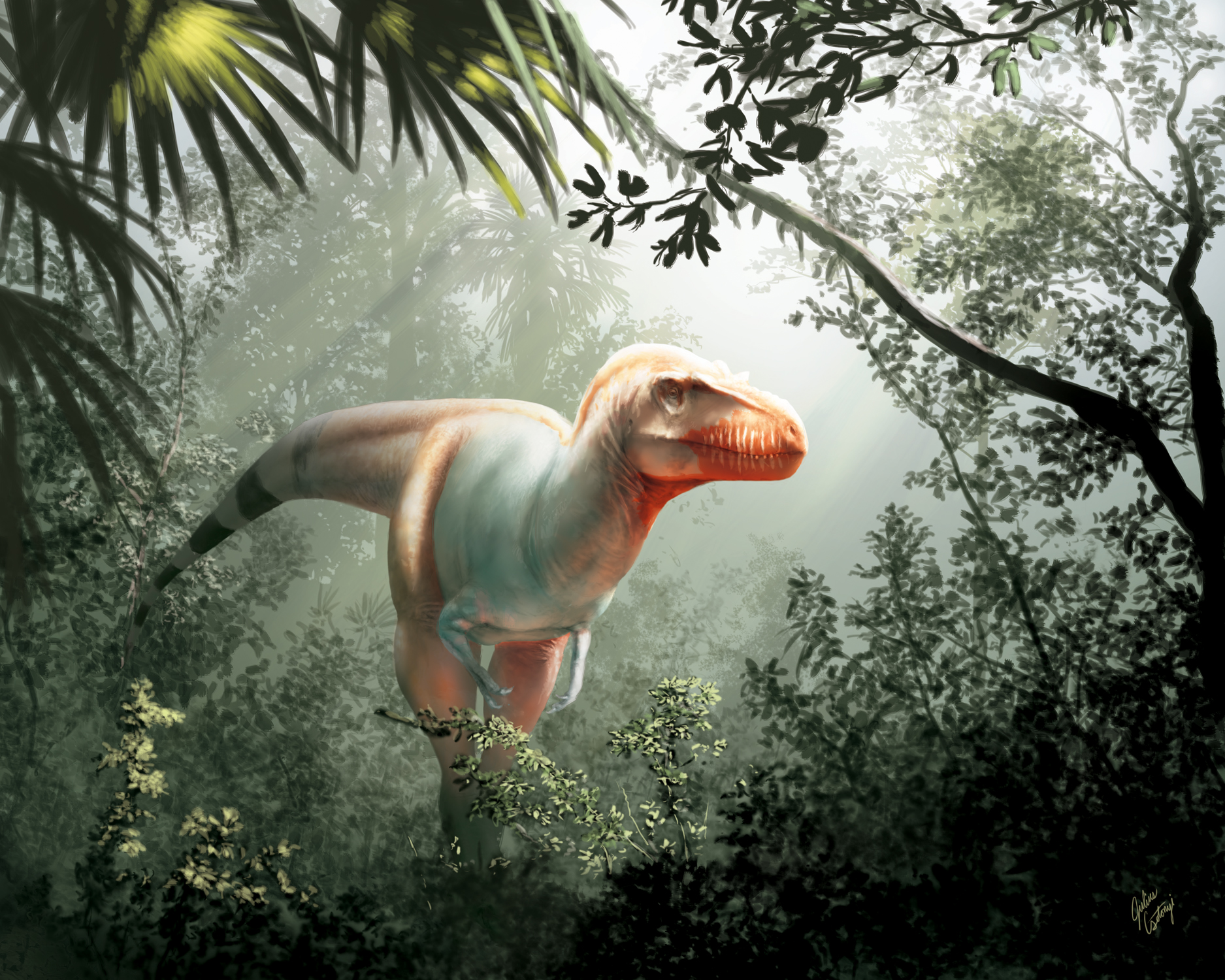 Dr. Darla Zelenitsky was the co-author of the study and she said that the differences in this shape and size of the skull may be adaptions to the environment or could be due to hunting strategies.

Other fossils were also found in the area of the tyrannosaurs, but most of them were plant-eating dinosaurs. In other words, it was what the tyrannosaurus probably ate.