How Was Spring Cleaning Different in the Old Days?

If you’ve ever been completely consumed with spring cleaning then you’ve probably wondered about how other people do their spring cleaning. The tradition is a worldwide one, with special significance for Chinese, Jewish, and Iranian households among others. 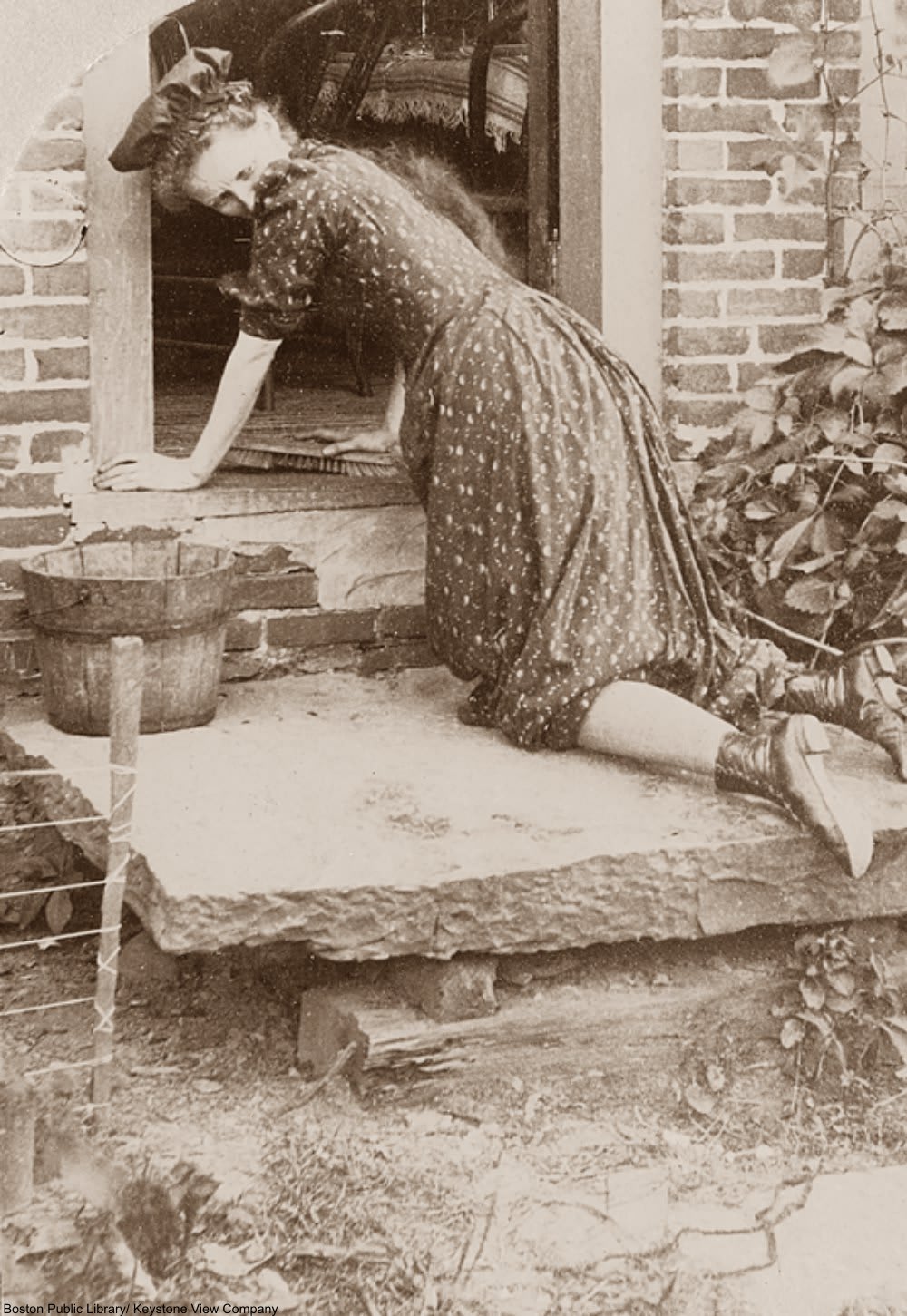 Smaller households, log cabins, shanties, and other humble homes had different cleaning routines than larger, more established homes. The construction was more crude, which made somethings easier to clean and other things harder.

Those living in sod houses might repack the earth underfoot and then cover the floor with sawdust or sand, though this was a regular occurrence in any season. Pioneer women would have to clean the soot from the windows after a winter indoors, most rural homes only had a few windows at best. Abraham Lincoln famously lived in a cabin with only one glass window. This one source of light meant a fairly quick cleaning regimen to remove the soot from coal and wood fires and animal fat candles. 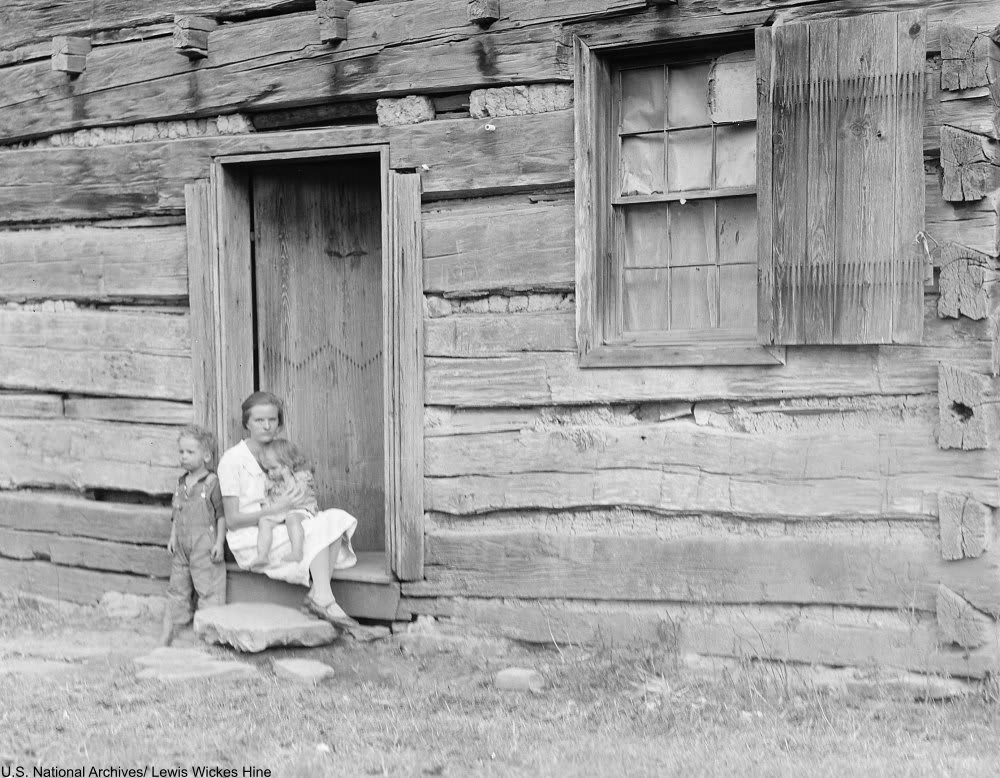 In a log cabin they would also remove the chinking from between the logs to let the breeze inside the home. With little in the way of screens, this was their cost effective version. Chinking would be made from mud or clay mixed with straw or small stones. This was easily knocked free during the warmer months.

The women of the household would begin to pick and dry herbs not only for later use, but to make the house smell sweet. This would continue throughout the summer and into harvest season. The herbs would change based what they were planning to cook but also what they wanted the house to smell like (lemon balm, mint, and pennyroyal were used in the summer to keep away flies and other critters). 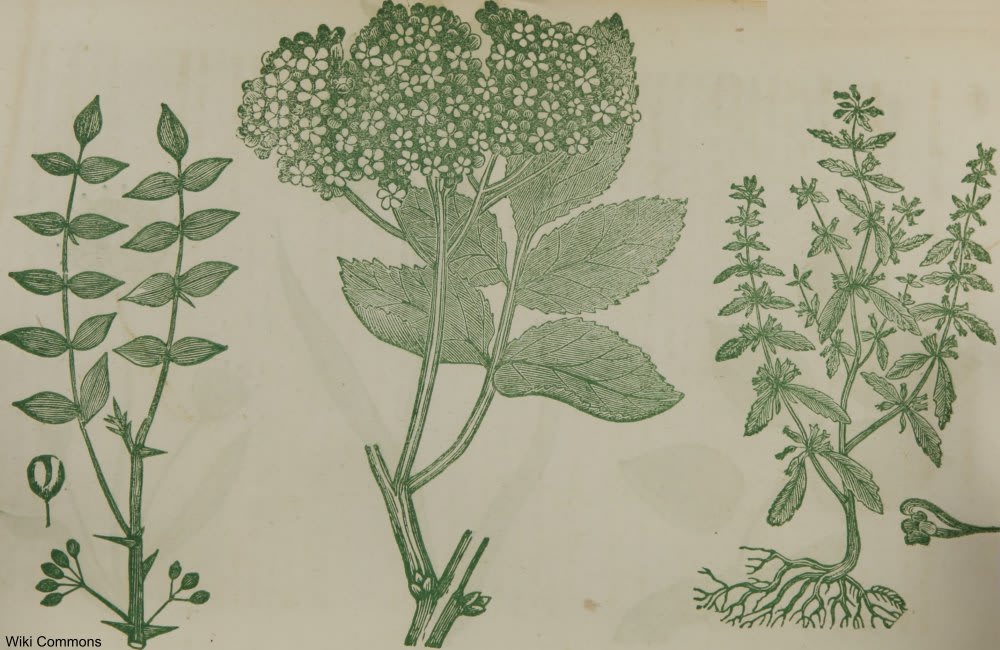 Cobwebs which collected during the smoke and shiver of winter, would have to be removed and everything dusted. The debris in the cobwebs of a log cabin might include unburned fuel, straw, feathers, and more.

The space had to be cleaned from top to bottom and they often used vinegar for this. Not having a host of fancy cleaning products, vinegar was one of the best cleaners they had at their disposal. It was cheaper than soap and less dangerous to make while offering a certain amount of disinfection power (though they didn’t know about germs in the 19th century). 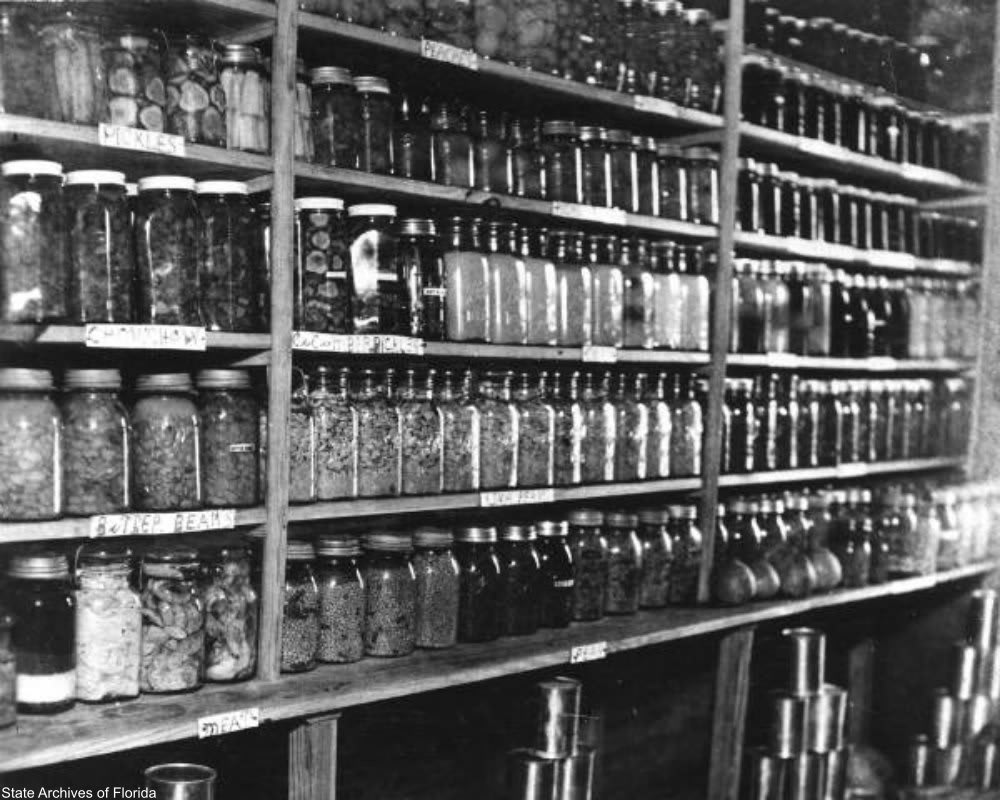 And who could forget the cellar? It also had to be cleaned well, too. In preparation for the growing season to come after a long winter, they had to do some basic maintenance on the cellar making sure that the moisture levels were controlled with stone and earth, and getting the pots inside ready to accept new food. The shelves would be wiped down and everything prepared for the busy season ahead.

Fancier houses with rugs would have given them a right good beating on the line and there probably would have more than one to thoroughly clean through swatting.

Servants worked long hours anyways, but for spring cleaning there was a huge rush to get the home sparkling. During this time servants in larger homes and mansions often worked from 5am to 8pm just scrubbing and cleaning the whole time. 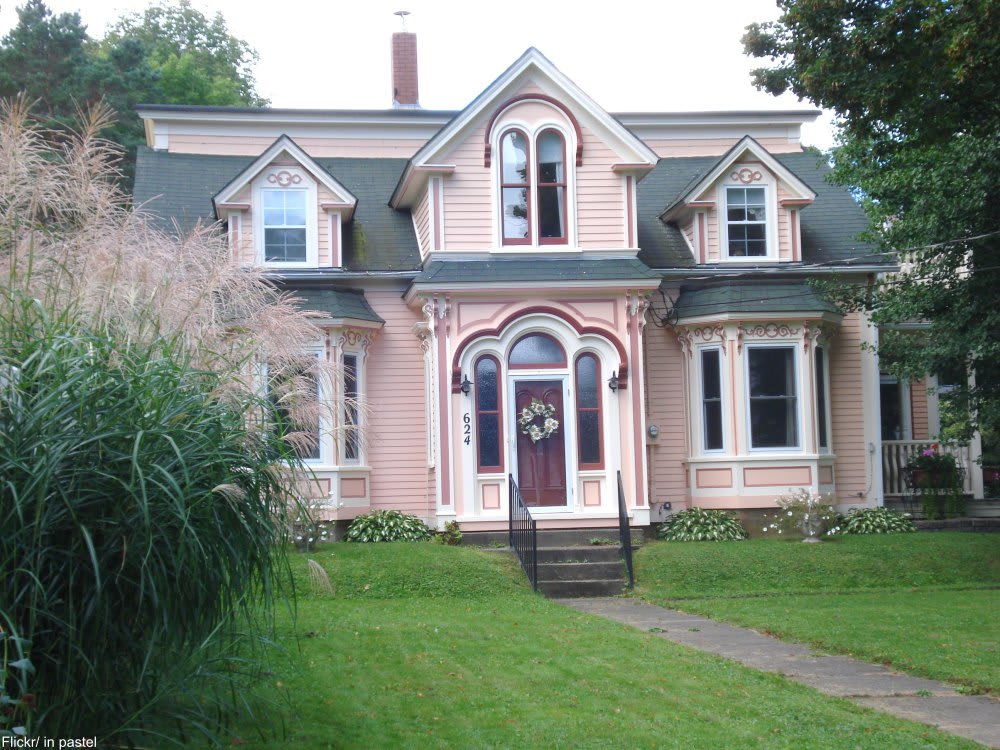 The clocks would all need to be cleaned as well, either with a paste or even a “bath” of special soap and water.

Cleaning the ducts and flue of the furnace was another spring time job. This was done so that the whole thing would not only be ready for the autumn, but so that they wouldn’t emit crummy smells once the weather got warm. 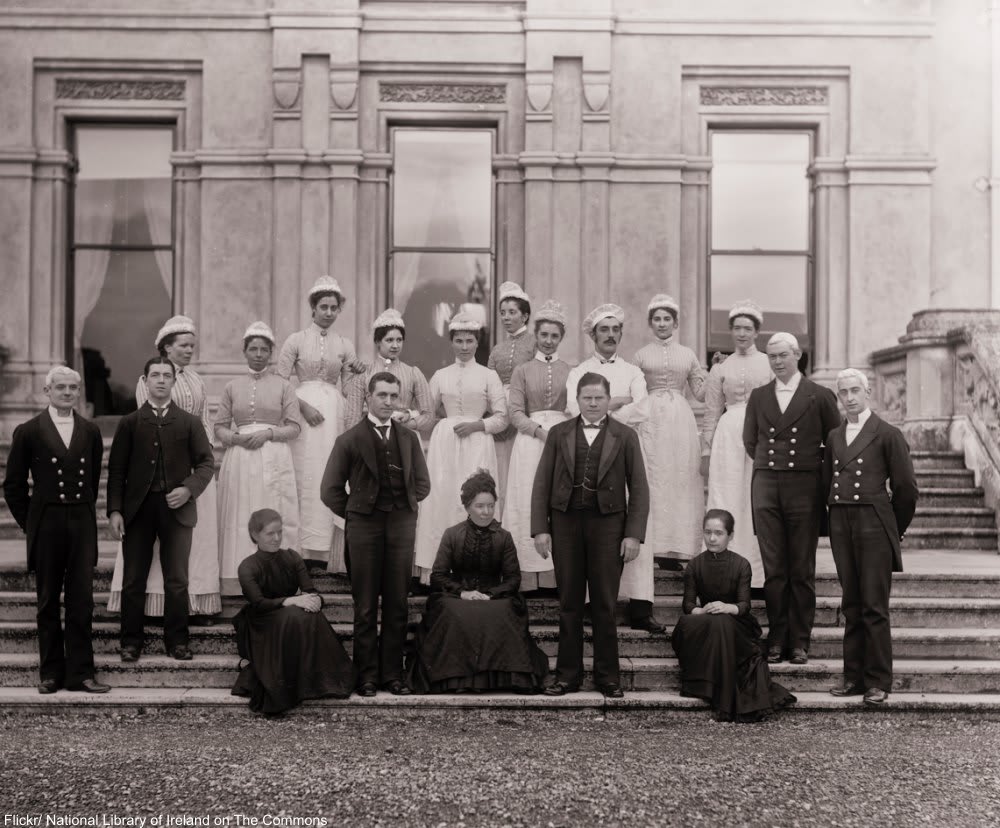 The regular polishing, dusting, and cleansing had to be done, but this time every nook and cranny had to be sought out. The homes of the well-off had grand staircases, art on the walls, and lots of glass windows to clean. Servants in these houses also a host of other chores to be completed. It makes a certain sense that they would have needed so much hired help since there were no labor-saving appliances back then!

There were also a number of things done in the spring to tackle future wear and tear on one’s household. From the 1899 book The Expert Cleaner: A Handbook of Practical Information for All Who Like Clean Houses, Tidy Apparel, Wholesome Food, and Healthful Surroundings by Hervey J. Seaman comes the sage advice to do many little things in spring to ensure a good result in the fall. 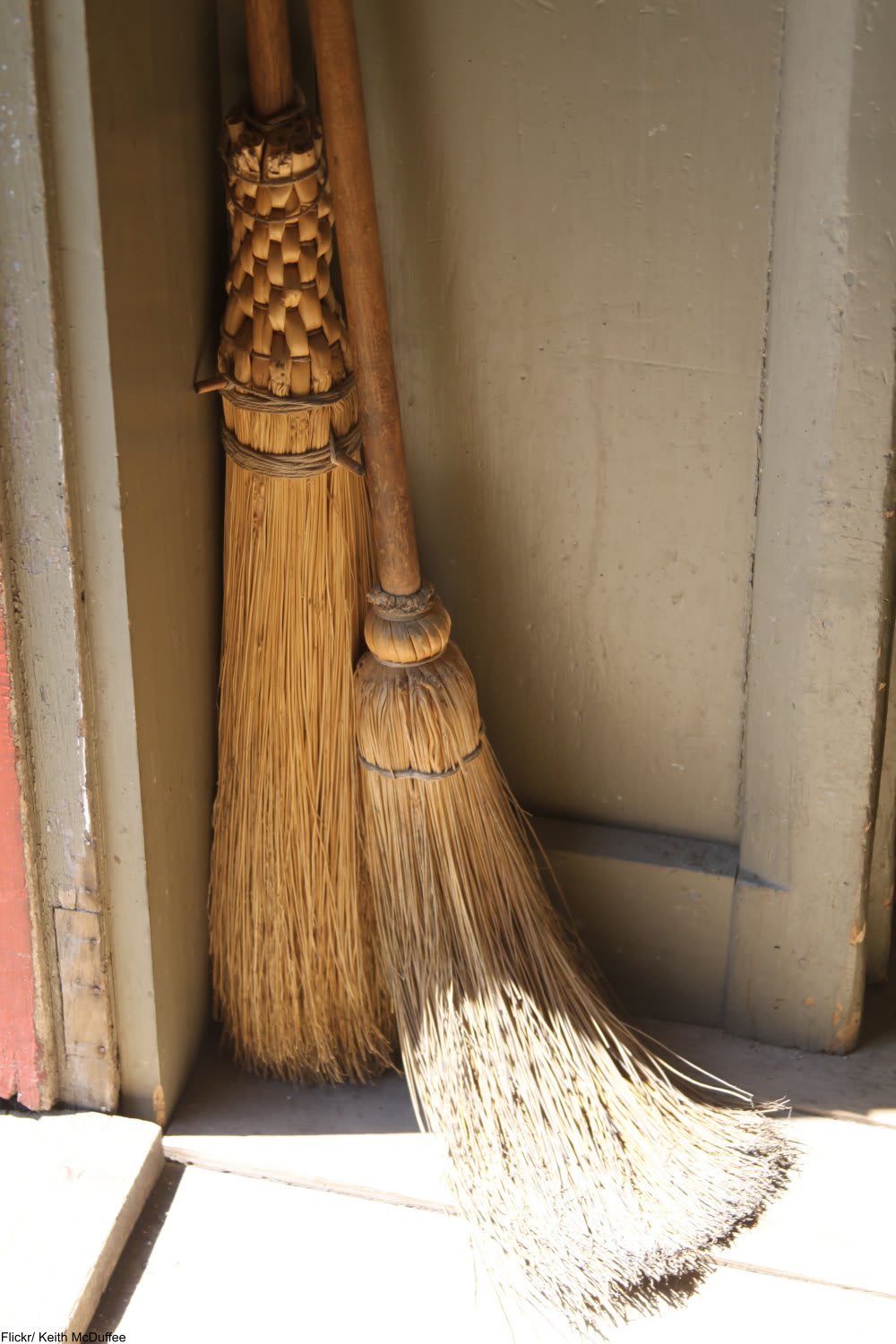 Seaman recommended a rub down of kerosene or a layer of varnish (to prevent rust) for the heater stove to be put in storage over the winter. Another tip is to varnish the wooden bedstead each spring, getting into all the crevices, so that all bedbugs can be stamped out.

More springtime recommendations were to rub the windowsills with onion water to keep out flies and laying sheets of paper sprinkled with turpentine among your winter clothes to repel moths while they were in storage.

Cleaning formulas from the 1910s use ingredients we've never seen before: Click “Next Page” below!