The Outlaw Corpse and the Six Million Dollar Man

It was a long journey which took decades but, in the end, one outlaw’s corpse finally ended up in the ground and with a headstone no less. But, this unbelievable tales has quite a few twists, one of which involves The Six Million Dollar Man. Read on to find out what happened to the outlaw corpse. And be warned, there is graphic content ahead. 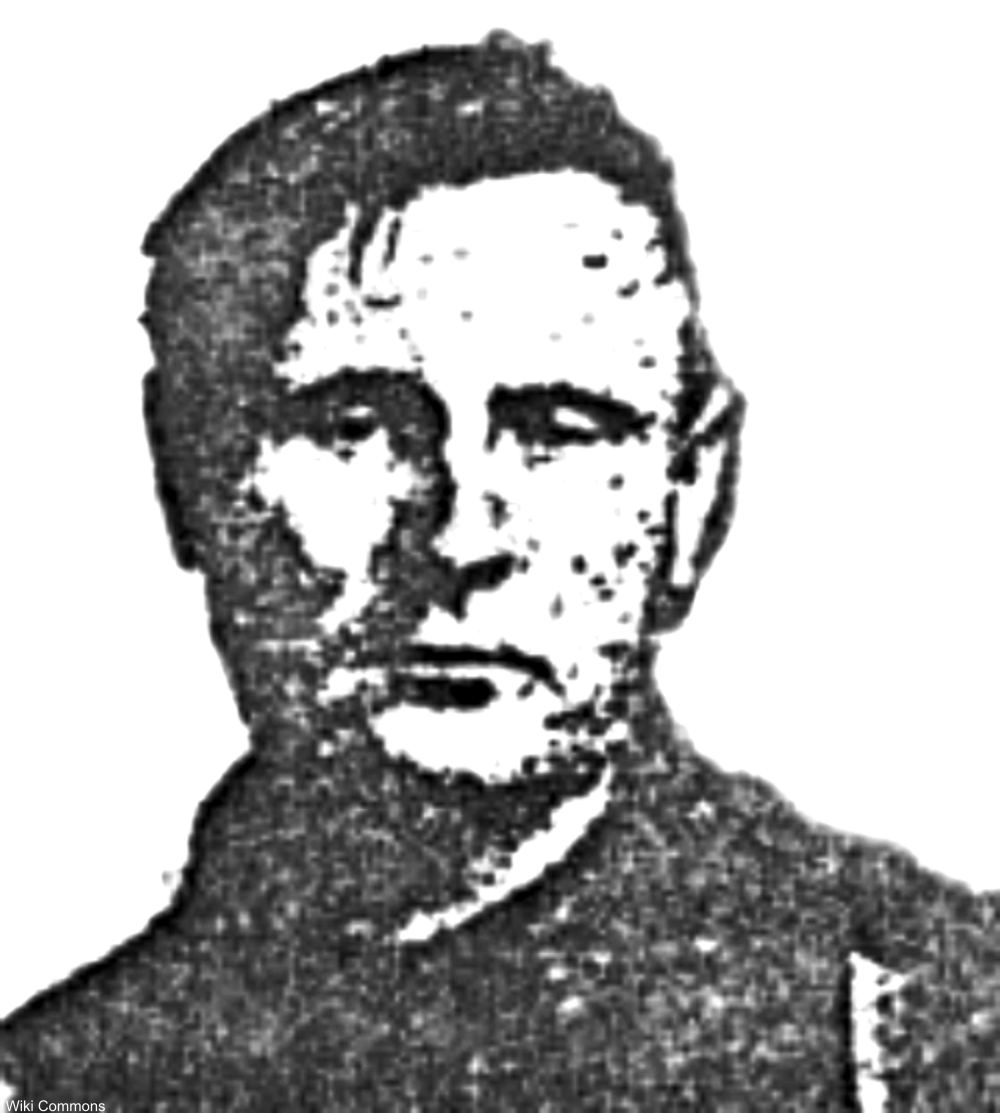 Born in 1880, the subject of our story, one Elmer McCurdy, turned to drinking and trouble-making when he found out he was an illegitimate child. After working as a plumber and then later joining the Army (where he learned a little about explosives), McCurdy fell into some pretty bad ways. He became part of a gang that robbed banks, but McCurdy never quite had the hang of it.

McCurdy frequently miscalculated his use of explosives on bank safes and the results sound almost like plots from a comic book. Once he and the gang had to scrape melted silver coins off the safe because the whole thing had exploded. Another time the bank was blown to bits while the safe remained untouched. It was after this last exploit that the desperate gang took to becoming train robbers in 1911. After making off with only 40-some dollars, two jugs of whiskey, and two kegs of beer from a disappointingly un-wealthy train, McCurdy hid out in a barn and drank away his troubles.

A sheriff’s posse (complete with bloodhounds) was formed to find McCurdy and find him they did. A shootout commenced that lasted for an hour, McCurdy was found dead when the smoke cleared, a gunshot wound to his chest the culprit. After bringing McCurdy’s body in, the sheriff claimed the reward money, a whopping $2,000!

But, the sheriff did not pay the undertakers and the Johnson Funeral Home took McCurdy’s body as payment, displaying it for a small fee to curious looky-loos in order to recoup their losses for having already embalmed the corpse. As appalling as it seems to many of us today, the public exhibition of bodies was common at the time, especially the bodies of train robbers and horse thieves. 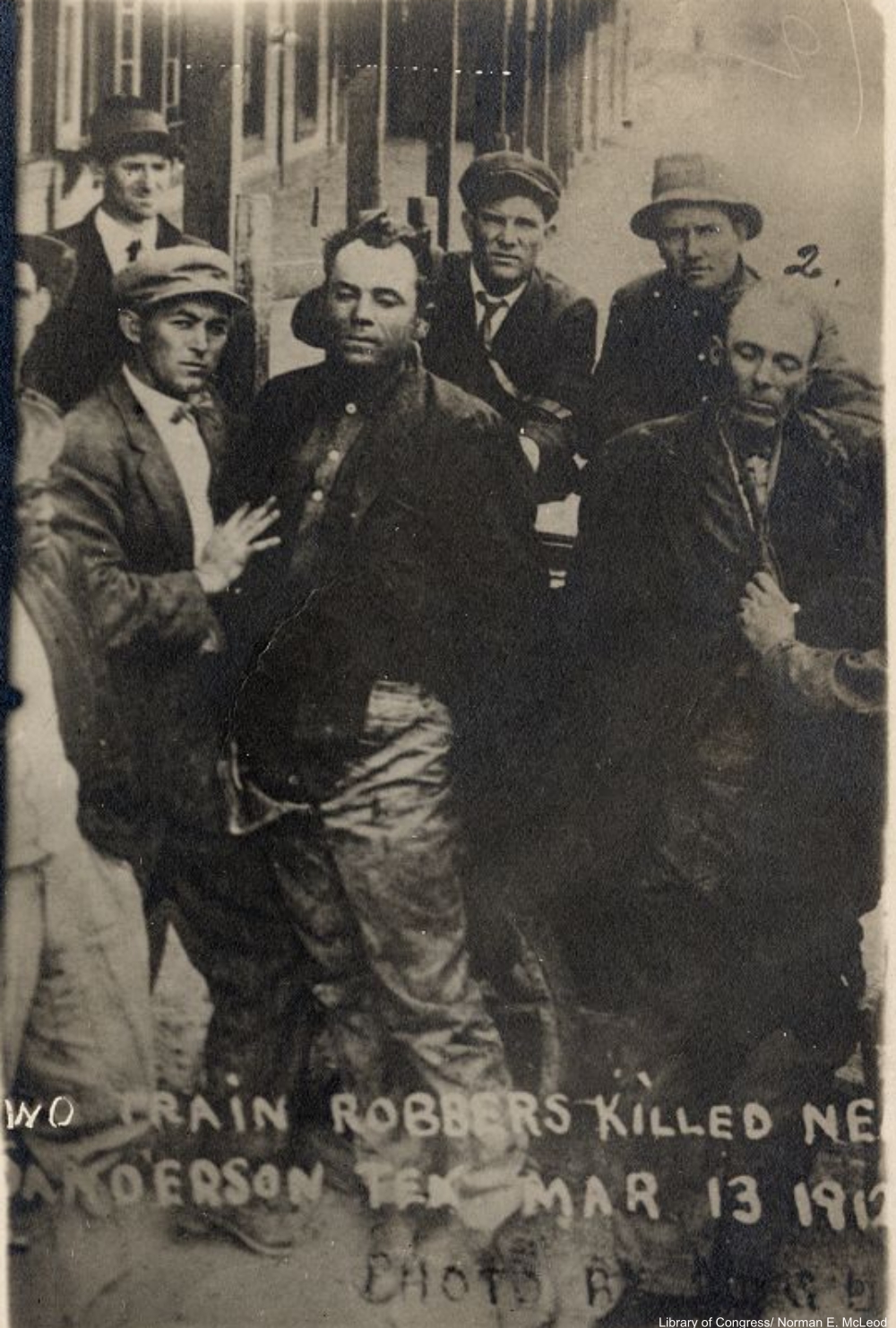 The funeral home displayed McCurdy’s corpse for 4 years, with payment for sight of the “bandit who wouldn’t give up” being placed in the the mouth of McCurdy’s corpse. But, that isn’t even the half of this twisted tale.

One day a man came by the funeral home claiming to be a relative of McCurdy’s and demanding the body be remanded to him. But, this swindler was no relative and took the body to be on display as a sideshow attraction. From there the body traveled to a museum of crime, McCurdy’s corpse was forgotten as it was passed from state to state, from sideshow to sideshow, ending up in being mistaken for a wax or paper mache dummy.

McCurdy’s corpse on display in a wicker “coffin” and photographed (probably for postcards). Via/ Wiki Commons

But, McCurdy’s corpse had suffered much over the decades. The body had been drilled into, glued, mechanized to “twitch,” painted neon orange, and then finally strung up by a noose in the Laff in the Dark Funhouse in Long Beach, CA. In 1977 the truth about McCurdy’s corpse was discovered inside the same funhouse.

The Six Million Dollar Man had been setting up to film an episode inside the funhouse. But, the police were called when the decomposing body, by now 65 years old, showed a bone popping through the leathery skin and the crew realized it was no dummy at all, but a real human corpse. 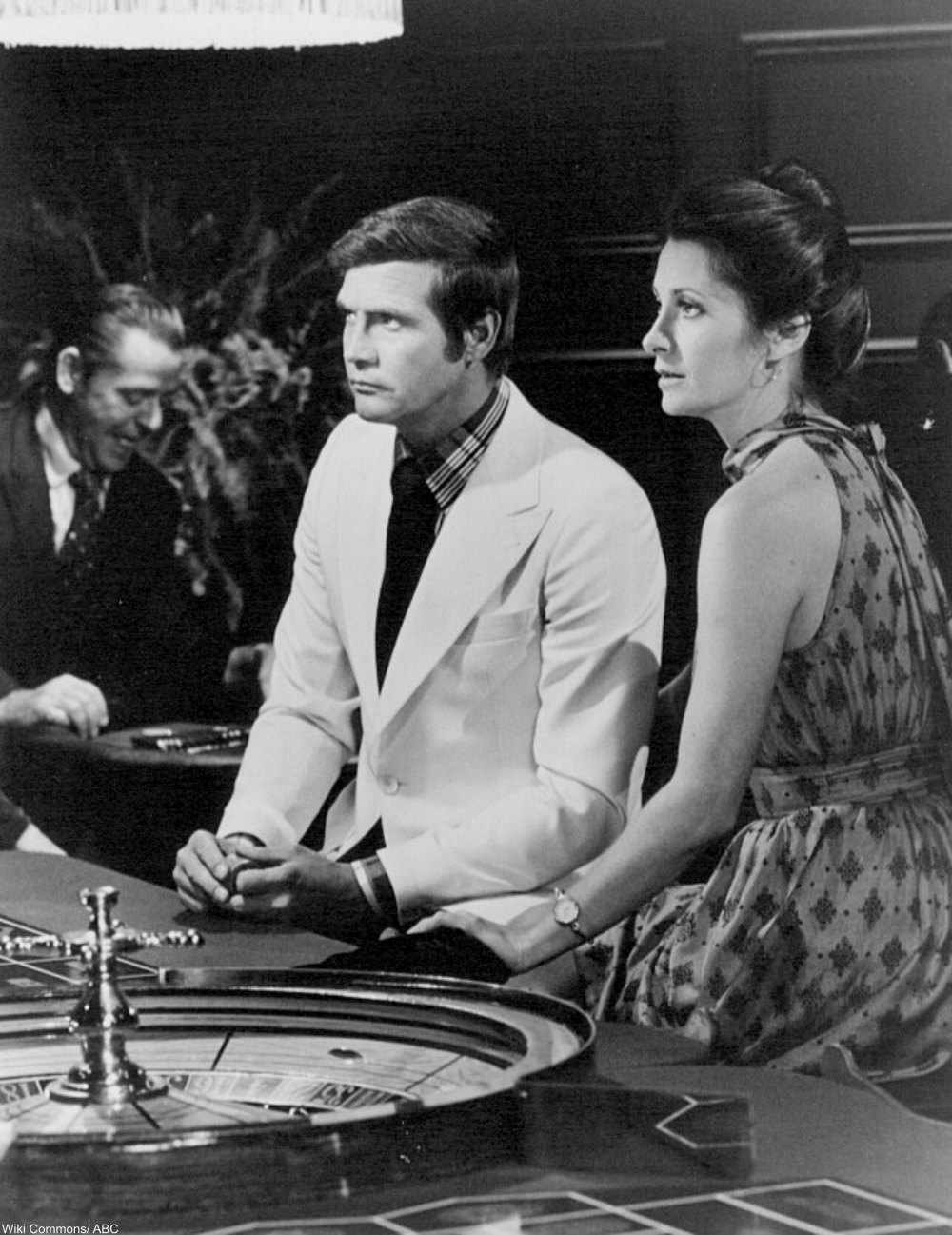 All we can say is that those undertakers did one heck of a job if his body could be kept that long.
McCurdy is now finally buried in the Summit View Cemetery in Guthrie, Oklahoma, and a thick layer of concrete now covers him, a modern-day version of a mortsafe to keep his body from being moved any more than it already has been.

Click here for a look at H.H. Holmes and his murder castle!