At the Carnegie Museum of Natural History in Pittsburgh, Pennsylvania, there has been a dramatic diorama on display since the early 20th century. For more than 100 years the scene has been a shock for some visitors. It depicts a male lion violently attacking what appears to be a Arab man riding a camel. The museum has garnered criticism in recent years over the diorama “Lion Attacking Dromedary”– but a closer look revealed several gruesome truths about the display. 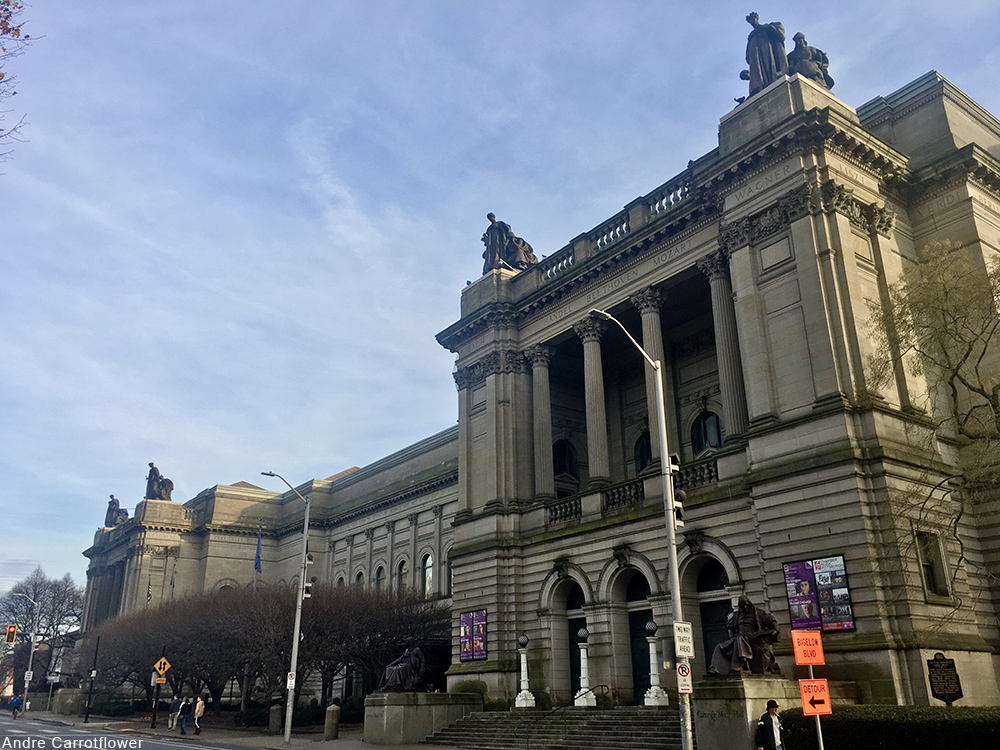 The exhibit has been condemned by those who say that the scene is inaccurate and offensive on multiple levels. Not only are there no comparably violent scenes in the museum depicting people of European decent, but the costume of the camel rider carelessly incorporates elements of at least 5 different North African groups. In addition, the scene is also scientifically misleading since it is the female lions that usually do the hunting for the pride.

The display has been covered up until the museum can decide what to do with it, as it also violates one of the museum’s policies. When examined with X-ray imaging, the original structure of the human figure was found to be made from actual human remains, a horrific reminder of the unscrupulous areas of scientific study that sprung up in the 19th century. 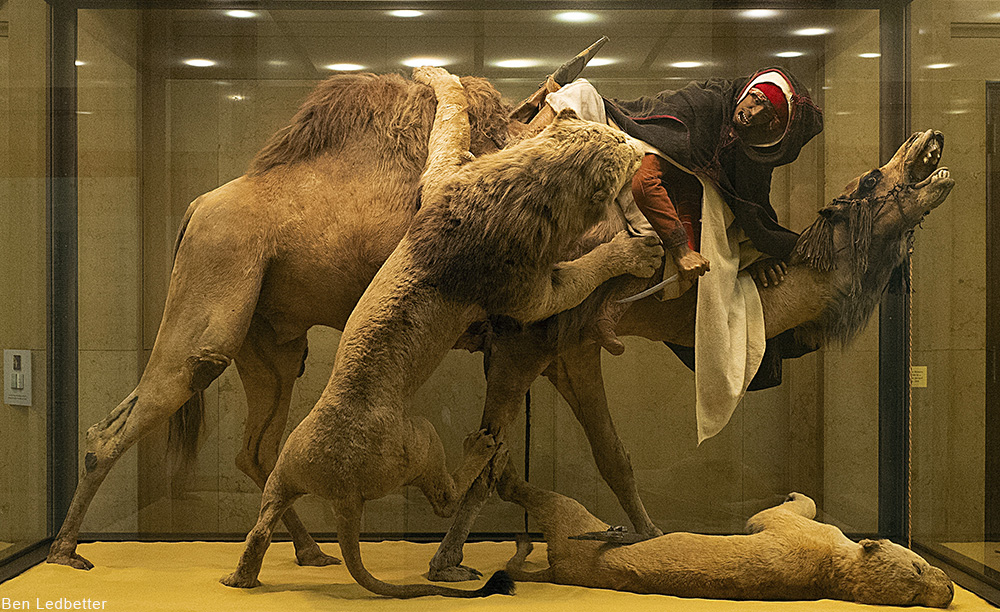 The person whose bones lie at the center of the display is unknown, and it is the policy of the museum to display human remains only with the permission of the group from which the individual came. 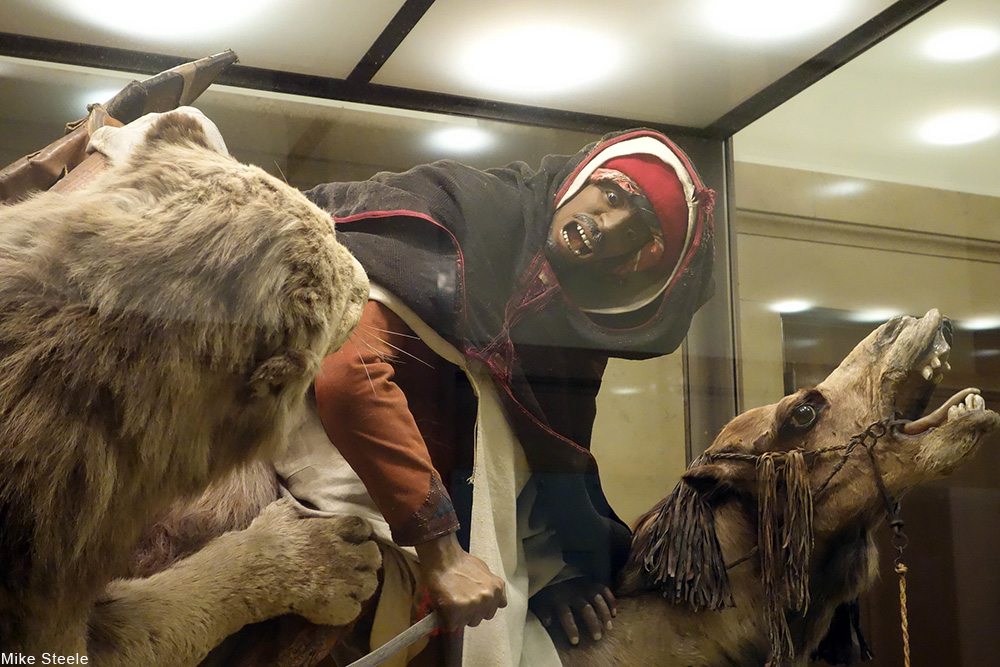 The diorama was created for the Paris Exposition of 1867 by brothers Edouard and Jules Verreaux, which explains the antiquated technique and social norms that enabled a piece of taxidermy like this to become so celebrated. Given the history of French colonialism in Northern Africa, it’s not hard to imagine some very unjust origins behind the acquisition of the human remains used as the understructure for the Arab rider figure. “Lion Attacking Dromedary” was obtained by the museum in 1899.

The exhibit will remain covered until museum leadership decides if or how there is a way to display the scene in a manner that isn’t misleading or offensive. On the table are discussions about displaying it in a way that will allow members of the public to easily avoid it if they wish to do so. 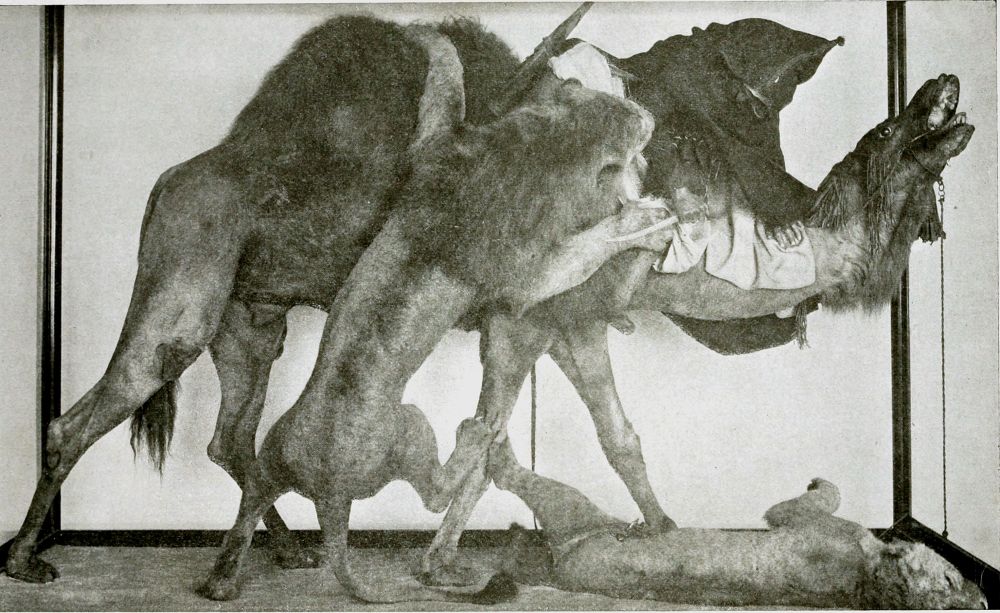 The diorama as it was seen in the 1910s. Via/ Internet Archive

This change is one of thousands currently taking place in institutions across the nation amidst a new lens of social egalitarianism that has often been lacking natural history and art museums. For instance, the Everson Museum in Syracuse, New York, recently announced plans to sell their only Jackson Pollack painting in order to add work by women and people of color to their collection- as a way to improve the equity of their exhibits.

Museums like the Tucson Art Museum (and many others) have created equity initiatives, while more frank discussions of slavery has been a core effort for many museums in recent years.