The Definition Of ‘Museum’ Could Be Changing Soon

Most of us think about a building or area where we go to see historical objects or art as being a museum. Although that isn’t wrong, the International Council of Museums (ICOM) has a different definition. It is: “a non-profit, permanent institution in the service of society and its development, open to the public, which acquires, conserves, researches, communicates, and exhibits the tangible and intangible heritage of humanity and its environment for the purposes of education, study, and enjoyment.”

The 40,000 members of ICOM have been using the same definition for some five decades to represent over 20,000 museums throughout the world. It seems as if change may be on the horizon, according to The Art Newspaper. 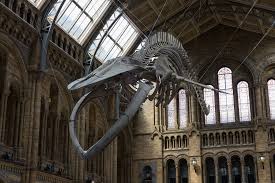 The organization’s executive board got together in Paris on July 22 and wrote up a new definition. Jette Sandahl, the Danish curator feels that it is better suited for the demands of ‘cultural democracy’. The updated description states that a museum must “acknowledg[e] and addres[s] the conflicts and challenges of the present,” “work in active partnership with and for diverse communities to collect, preserve, research, interpret, exhibit, and enhance understandings of the world,” and “contribute to human dignity and social justice, global equality, and planetary wellbeing.”

The potential new definition was not met favorably by all in the museum community. Some felt that it was too vague and others thought it was ideological. A professor at the University of Sorbonne Nouvelle and the chair of the International Committee of Museology, François Mairesse resigned from his commission, stating that he felt the definition wasn’t up to his standards. “This is not a definition but a statement of fashionable values, much too complicated and partly aberrant,” he told The Art Newspaper. “It would be disastrous to impose only one type of museum.”

The ICOM members are slated to vote on the definition on September 7 in General assembly. The vote will take place in Kyoto, Japan but it is questionable if it will happen. Five museums’ international committees and 24 national branches started a petition to postpone the vote. They’d like to work on some of their own definitions and offer it as a counterproposal.