Is A Gender-Neutral Santa Coming To Town?

What is the image that you get in your mind when you think of Santa Claus? Like millions of people around the world, you probably think of a slightly overweight man with a white beard wearing a red suit.

If a survey from GraphicSprings is correct, however, it may not be very long before we see a gender-neutral Santa coming to town.

400 people in America and the UK were part of the survey. They were looking for ways to modernize Santa Claus in October and November. The top suggestions of those 400 people were then used for a 4,000 person survey that asked how they would like to see a more modern-day version of the man in red.

According to the results, 19% of those in the United States feel that Santa Claus should not be identified as either a male or female. 10% said Santa should be a woman, which left the other 70%, who felt that Santa should remain a man.

They also discussed what people think a more modern Santa should look like. 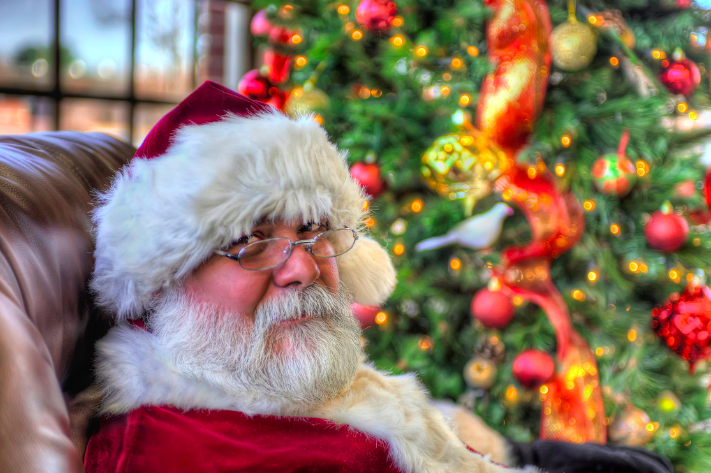 Traditionally, Santa Claus is a bearded old man in a red and white suit with a black belt and matching boots. He also rides a sleigh pulled by reindeer.

According to the survey, some people think Santa should have sunglasses, skinny jeans and should be in a flying car rather than in a sleigh pulled by Rudolph and the other reindeer.

20% of those in the survey said he should now have tattoos and 18% said the skinny jean should replace the red and white suit. 22% agreed that his sleigh should be exchanged for a flying car and 21% feel that he should lose some weight.

It was more than just a debate over the gender of Santa Claus, there is also some talk about the gender of his reindeer. One organization who discussed this subject were the wildlife experts at Texas A&M University.

Alice Blue-McLendon, a veterinary medicine professor who specializes in deer discusses the depiction of Santa’s helpers with antlers. “Santa’s reindeer’s were really females, most likely.”

Both male and female reindeer have antlers but the males typically shed them before Christmas.

Greg Finstad, the manager of the Reindeer Research Program at the University of Alaska Fairbanks feels that they may be steers, which are castrated, males.

St. Nicholas, who is the individual behind Santa Claus was a bishop from Patara in the year 280.

He was known for providing for individuals who were poor and sick and after he died, stories of his legendary gift-giving continued to be passed around. That is one of the ways in which St. Nicholas became Santa Claus, although there is much more to it. Additional research will show that there is more behind the man in red than most people realize.