Do You Know Why Your Ancestors Came to America?

If your ancestors recently arrived in the U.S. then you may have some clear information on when and why they emigrated. But, if your family came here a hundred and fifty years ago, the details may have been lost to time, despite the efforts of family members to keep the past alive through stories and documents. For those who are curious about their family history, the many waves of immigrants offer a window into why they came: to escape wars, famine, to seek work, and a host of other reasons.

While immigration brings a steady flow of new potential-citizens, where they come from varies by time period. Most of us can only imagine what that incredibly long boat trip here must have been like for most of our forefathers. Whether seeking fortune or running from a catastrophe, these brave souls took a chance on a new life. Here are some of the major events that influenced the waves of immigrants from 1850 to 1920. 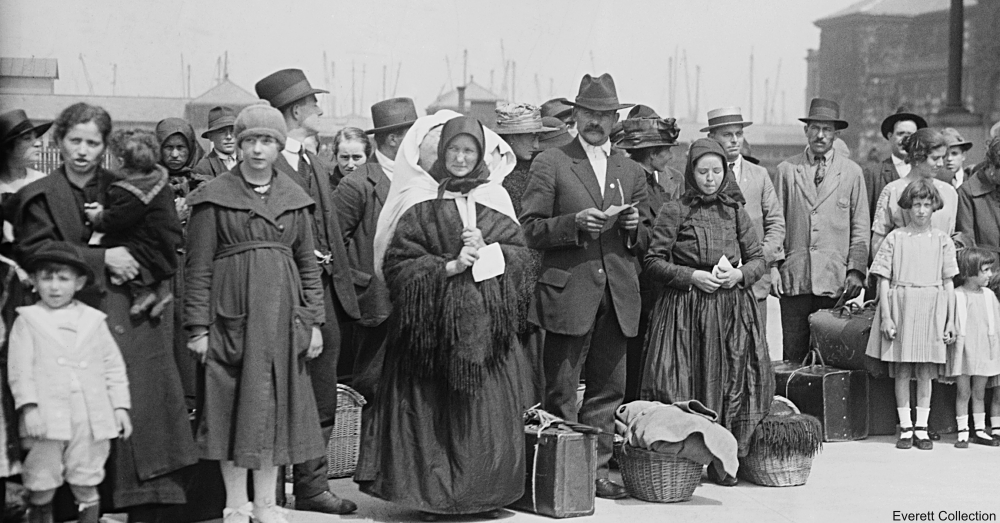 When farming was the main occupation of most people, any kind of crop failure represents a massive loss of life and livelihood. But, a failure of a staple crop is a true catastrophe. The Irish Potato Famine of 1845-1849 was one of the worst famines in European history. The “late blight” on the plants was caused by a now-extinct fungus-like organism and the loss of crops was felt by millions and for successive years, most painfully by the more than one million people who died as a result of this increased hardship. It’s hard to us to imagine what they must have felt. About two million people immigrated from Ireland in the decade following the Great Famine in an attempt to escape the crushing hunger, poverty, and social problems created from the years of poor potato crops. However, conditions before the famine were not ideal, either and many immigrants arrived from Ireland before the famine hit.

In the 1850s, Chinese immigrants came to the U.S. seeking work and hopeful about the news of a gold rush they had heard. The broad expansion of the railroads would not have been possible without the newly-emigrated Chinese labor. But, fear of job loss led to the first federal law on immigration in 1882.

The invention of the steamship greatly reduced the travel time for many immigrants, especially those coming from Europe. Steerage accommodations made it possible for tens of thousands of poor immigrants to travel to the U.S. 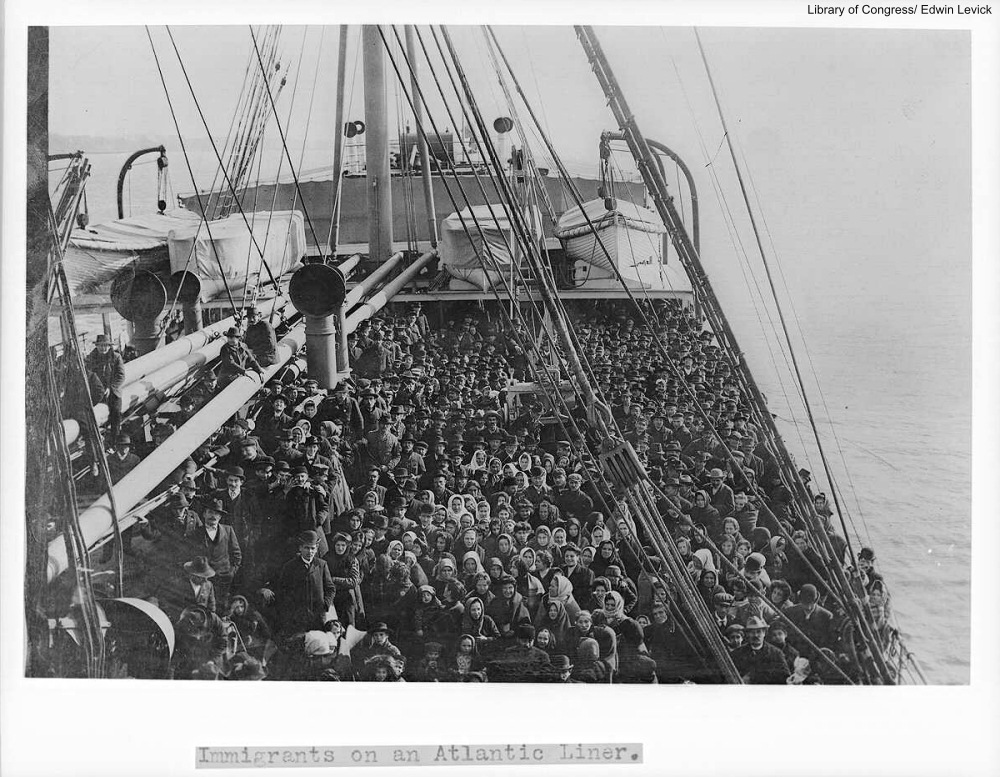 The Homestead Act of 1862 gave land to those who improved the land. The invention of the steamship greatly reduced the travel time for immigrants, especially those coming from Europe.

In the 1880s for example, close to 10% of the population of Norway emigrated to the U.S. Though the number of Norwegian immigrants had been on the rise since 1825, the sudden increase during 1880s saw around nearly twenty thousand immigrants leaving Norway for the U.S. each year. The competition with the foreign grain market and the sharp increase in taxes to cover growing municipalities caused huge numbers of Norwegians to seek open land that was less-infringed by hardship.

The Russian “pogroms” from 1881-1884 sought to expel Jews as a punishment for their perceived responsibility in socialist uprisings. These violent actions brought masses of Jewish immigrants to the U.S. More than two hundred thousand Jewish immigrants left for American soil in the 1880s hoping to find a more tolerant society.

1892 was the year that the U.S. government opened Ellis Island, the main stop for those immigrants who came to the eastern U.S. Ellis Island proved to be an extremely busy place and served to process about twelve million people through its doors. With the creation of Ellis Island, records began to be kept more throughly since there was a main entrance into the country for immigrants. 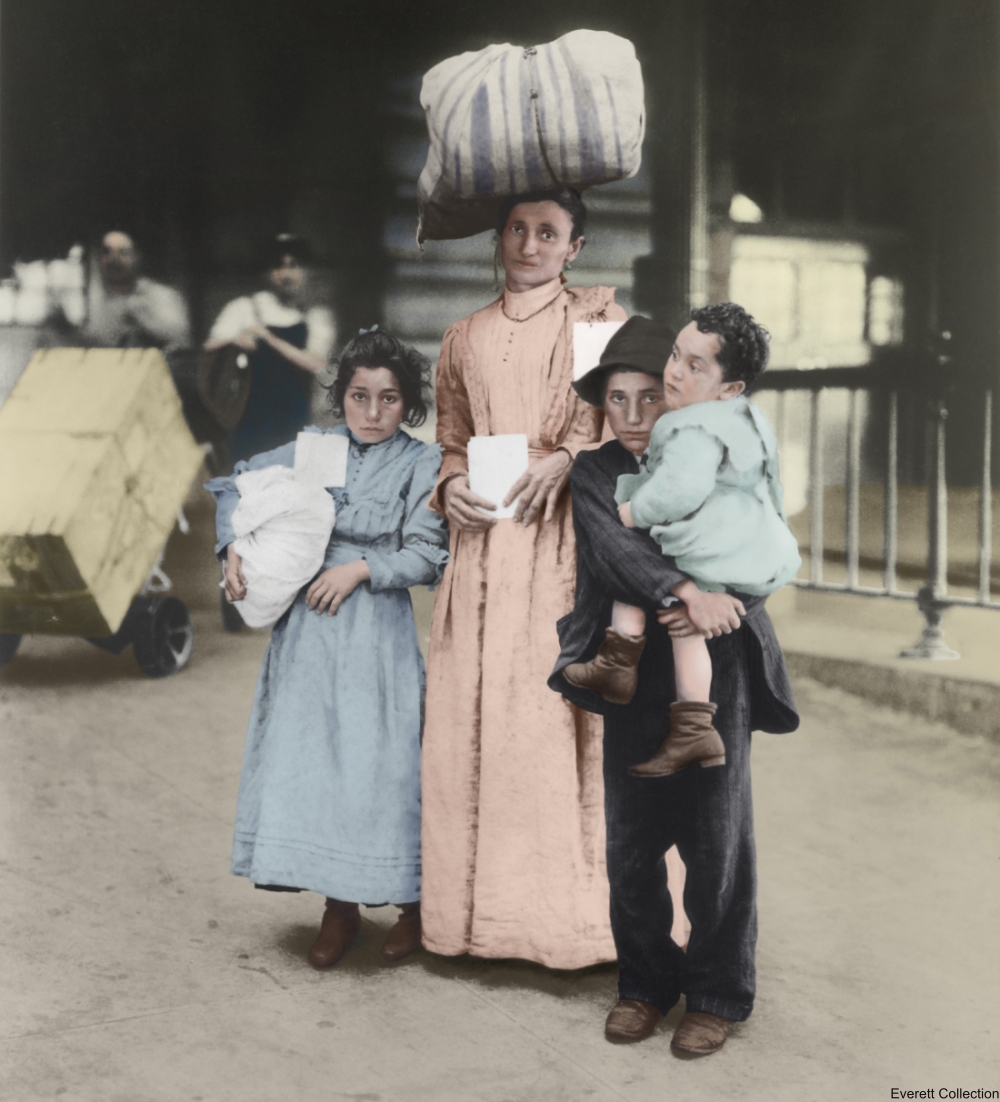 The 1890s saw most of the immigrant groups coming form various places in Europe, mainly Germany, Russia, Italy, Ireland, Hungary, and Sweden. These trends continued into the 1920s, but generalized records are thrown off in a sense due to the mis-assignment of Jews with no nationality or the lumping together of all Scandinavians.

In 1910, the main immigrant groups were Russia, England, Italy, and the lumped-together “other” categories. By this time, established immigrant communities in American cities meant that newly arrived immigrants could often look forward to seeing relatives and seeing familiar cultural phenomenon. 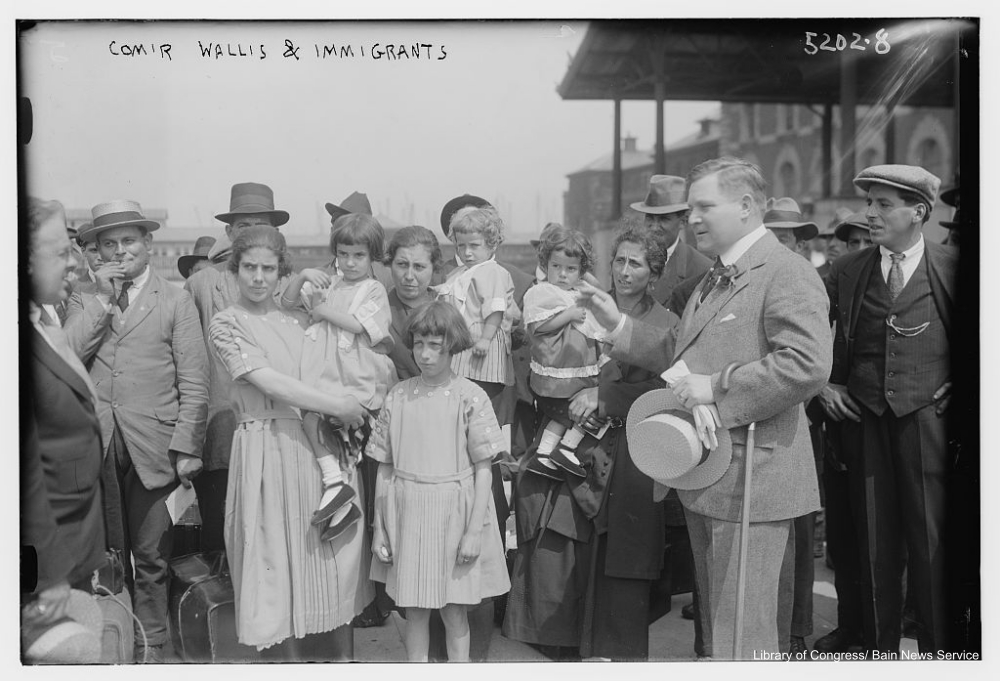 1910-1914 saw a period of unrest in England that impacted the number of people who were coming to America to start fresh. The Great Unrest signified a period of strikes and disagreements between laborers and their elite employers which caused major clashes with army and company personnel. Workers on the railroads, miners, and even taxi drivers were among the groups that protested low wages and poor working conditions. World War I ended the demonstrations and severely slowed immigration to the U.S. from Europe.

It wasn’t until 1921 that limitations were placed on the allowable number of immigrants into the country. After the influx of fleeing Europeans into the U.S. following World War I, the Emergency Quota Act of 1921 sought to significantly limit the number of immigrants coming in from Europe, especially those from Southern or Eastern Europe as they were seen as being a poor match for the culture of the U.S.

From civil unrest to famine to incentivized travel, the many immigrants to the U.S. all came to achieve something better. We don’t always understand from our ancestors what the real motivations for coming to the U.S may have been. Putting some of the major events of Europe and America into perspective can give us a little more insight into the mass legal immigration that helped shape our country. Do you know your family’s story of why they came to the U.S.?