The Gadsden flag harks back to the American Revolution during a time when colonists were tired of living under British rule and took up arms against the mother country. Contemporary Americans generally recognize the Gadsden flag for its distinctive yellow background, the coiled rattlesnake and the simple motto “Don’t tread on me.” Read on to discover the fascinating history behind this symbol of freedom from oppression. 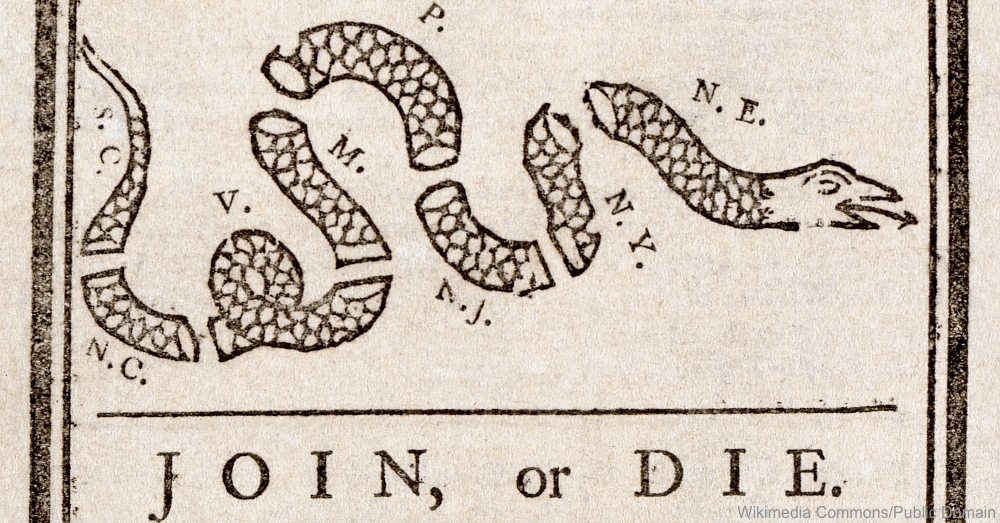 The rattlesnake theme started in 1751 when the Pennsylvania Gazette, owned and printed by Benjamin Franklin, ran a story protesting England sending its convicts to America. In retribution, the paper suggested sending a shipment of rattlesnakes to England so the snakes could live in the gardens of British nobles. In the subsequent 25 years, the snake symbol became a rallying point for colonial unity to stand up against the tyranny of the crown. By 1775, the Continental Congress ordered the creation of the Navy to combat the importation of arms to colonies. 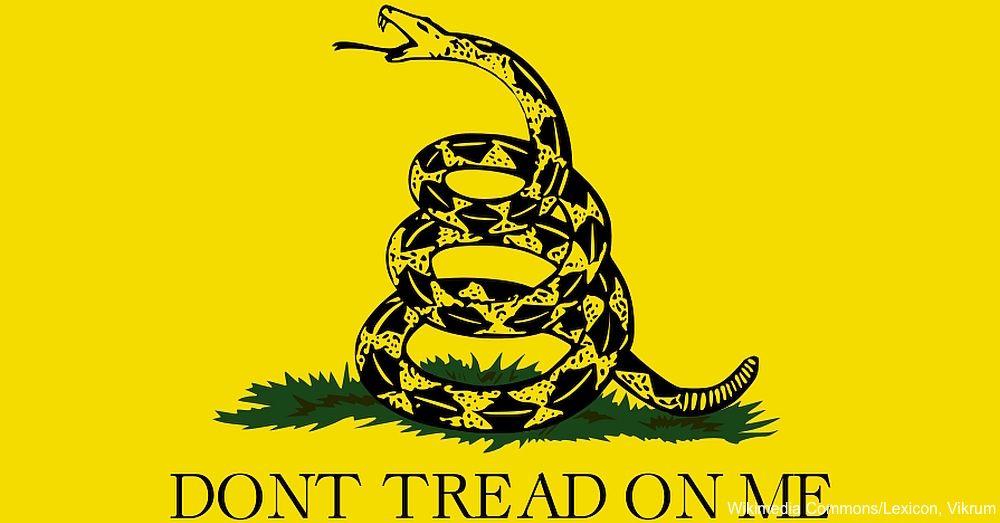 Christopher Gadsden, a representative to the Continental Congress from South Carolina, suggested the new, four-ship fleet and its five companies of Marines fly under a unified flag and symbol. Gadsden presented the yellow flag with the rattlesnake and “Don’t tread on me” to the Continental Congress, and the legislative body approved. The flag flew on the Alfred, the lead ship in Commodore Esek Hopkins’s fleet, and the five companies of Marines painted the symbol on their drums. The snake symbol became the personal standard of Hopkins and the Continental Navy as it underwent its first successful mission in the Bahamas in 1776.

A keen observer of American history, probably Franklin, wrote an article to the Pennsylvania Journal explaining why the rattlesnake was an appropriate symbol at the time. The rattle showed 13 segments, which represented the 13 colonies. Singularly, each segment doesn’t make noise, but collectively the rattle warns anyone to stay away. The rattlesnake is native to North America as opposed to Europe, and the animal can deliver deadly strikes with its fangs, but only after someone provokes it. The symbol was completely appropriate for the time period and even today as Navy ships and Marine units carry the flag.The Gadsden flag is a symbol as old as America itself. The emotions behind the flag stand for the American Revolution and the dangers anyone faces when impeding on the rights and civil liberties of Americans today, even though the roots of the flag go back more than two centuries.

Read about the exact location of the Salem witch hangings»