Check Out These Beauties – Antique And Vintage Buttons!

Check Out These Beauties – Antique And Vintage Buttons!

For some, collecting antiques is all about those big-ticket items that make a room or large space: a vintage trunk or an antique armoire…. We’re here to remind everybody that smaller items can be just as significant and that you can still create and curate an impressive selection, even if it doesn’t take up a lot of space!

In this case, we decided to highlight vintage and antique buttons. While they can be downright tiny, buttons can actually reveal a lot about a certain time period. Along with the vast variety of ever-changing fads and styles, they can also shed light on a certain period’s economy (what materials were or were not being used to create said buttons; cheap or expensive) or on socio-economic trends (looking at what kind of buttons were clearly used for expensive pieces of clothing). Just because they’re small doesn’t mean they should be written off…

Take a look at some beautiful buttons and their interesting uses and feel free to send in photos of any button collections you may be working on! 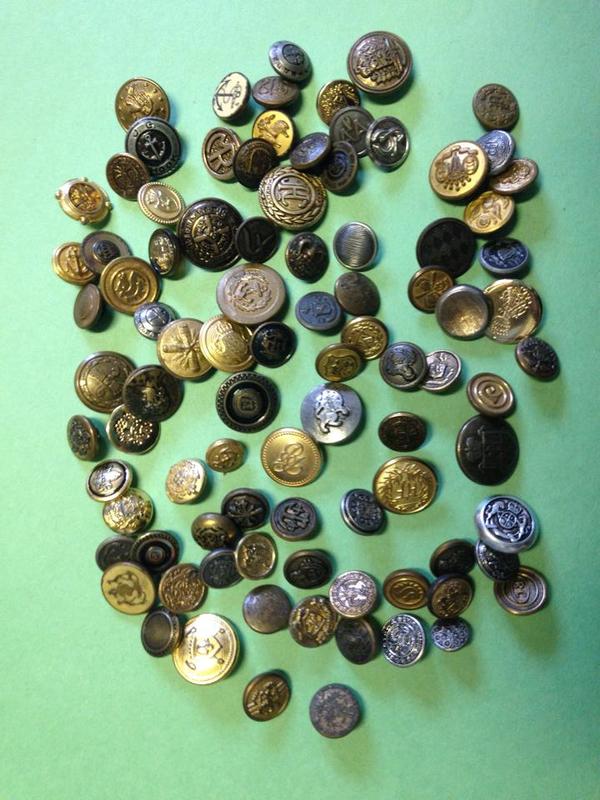 from: Jenny Lude: “Hello! I came across a huge collection of vintage suit jacket buttons in a box at my family’s dry cleaners. We’ve been in business since the 50’s or 60’s. This is just a small portion of the collection..mostly left overs that don’t have a pair/set. If anyone could give me any resources or information on some of these that’d be great! I have more pictures and can take some better shots if you need.”

from: Susan Speakman: “Pulled these out of a $5 thrift-shop purchased bag of old buttons; hallmarked AR IONA, Alexander Ritchie. Just sold on eBay for $430!” 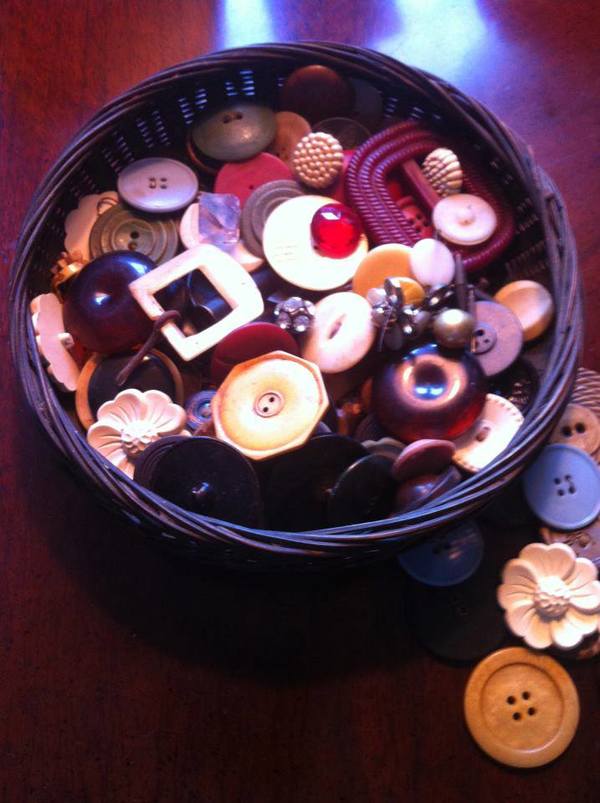 from: Nancy from Dusty Old Thing: “Just some of my grandmother’s buttons. How many of us have old buttons that go back generations? Do you know that storing them in something that is breathable, like a basket, is better than using a metal tin? “ 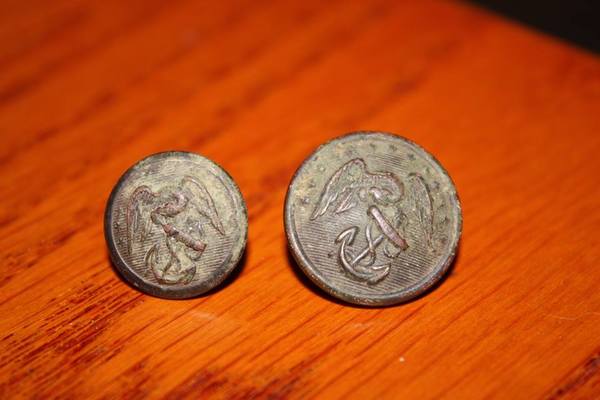 from: Doug Pollard: “I believe these to be Civil War Marine corp. buttons I found with a metal detector in Gloucester Va. backmark Cuff but. horstmann Phila, large button Scov??????co.Waterbury does anyone know if from civil war or Post civil war!” 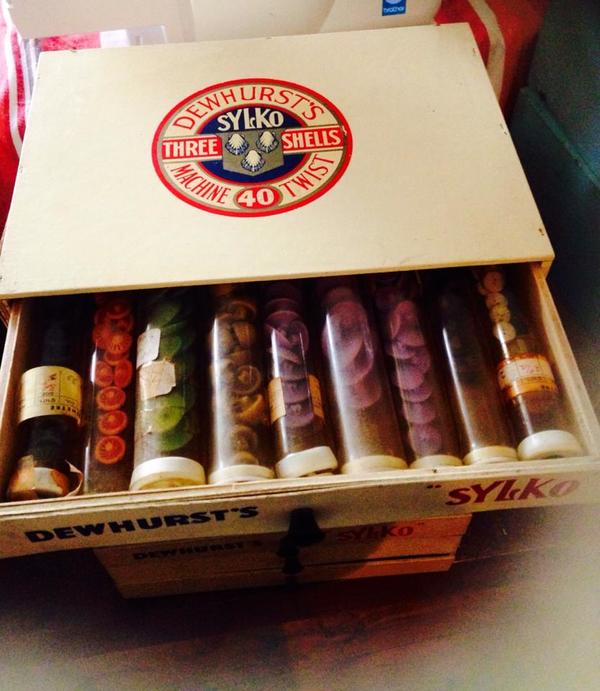 from: Kylie-Marie Drysdale: “I found 9 of these old Dewhurst’s Sylko Storage Boxes filled with cylinders of buttons.. Anybody out there know much about them?” 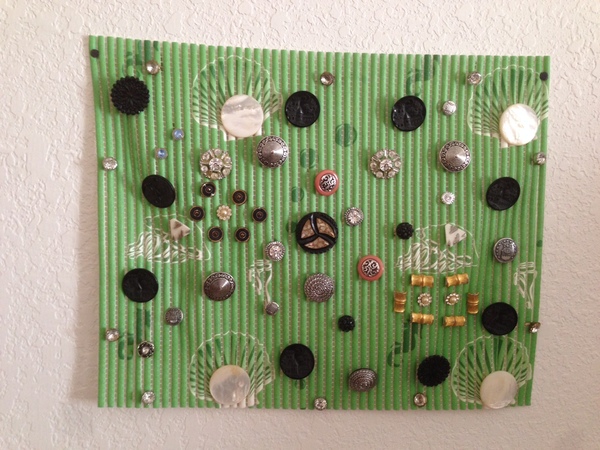 from: Jo Ann Oxsen: “Here are some old buttons from my Mother’s sewing box.” 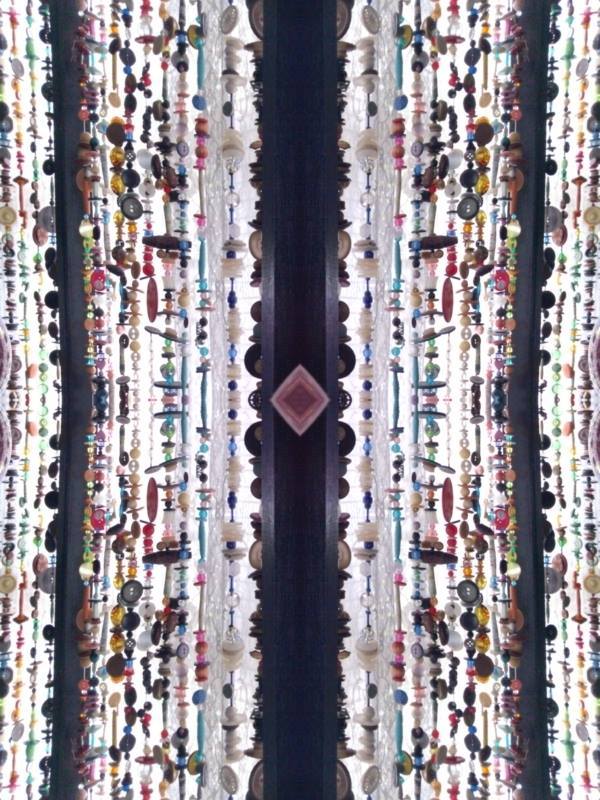 from: Kathleen Edeline: “make a trifold screen with buttons and beads” 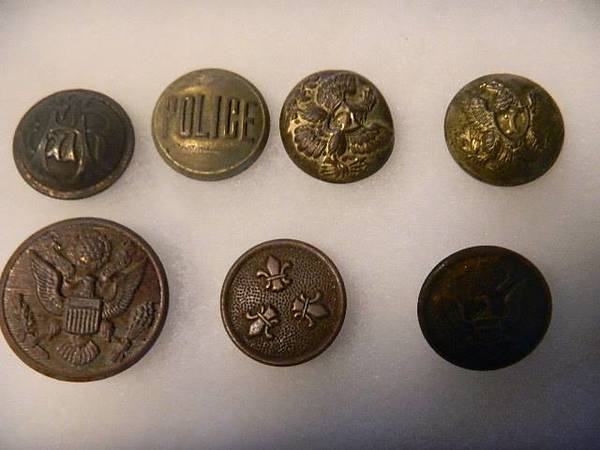 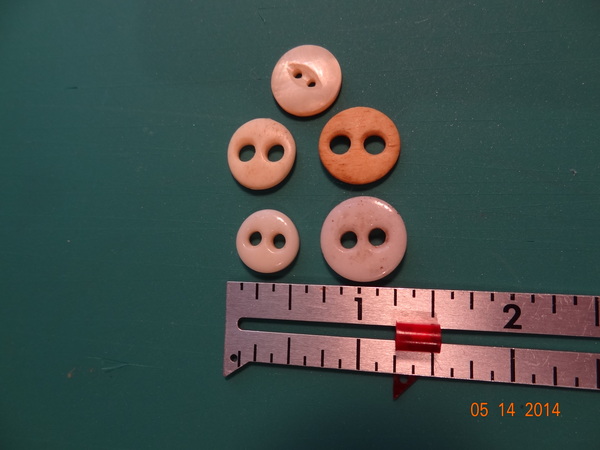 from: Nancy Smith Shaner: “Do you have any of these in your button box? The buttons with unusually large eyes/holes are underwear buttons from the time before elastic. The one at the top is for contrast. They are glass, bone and celluloid.”